Now Corum Lets You Customize A Fire-Breathing Dragon Golden Bridge Watch, Here’s What I Would Want 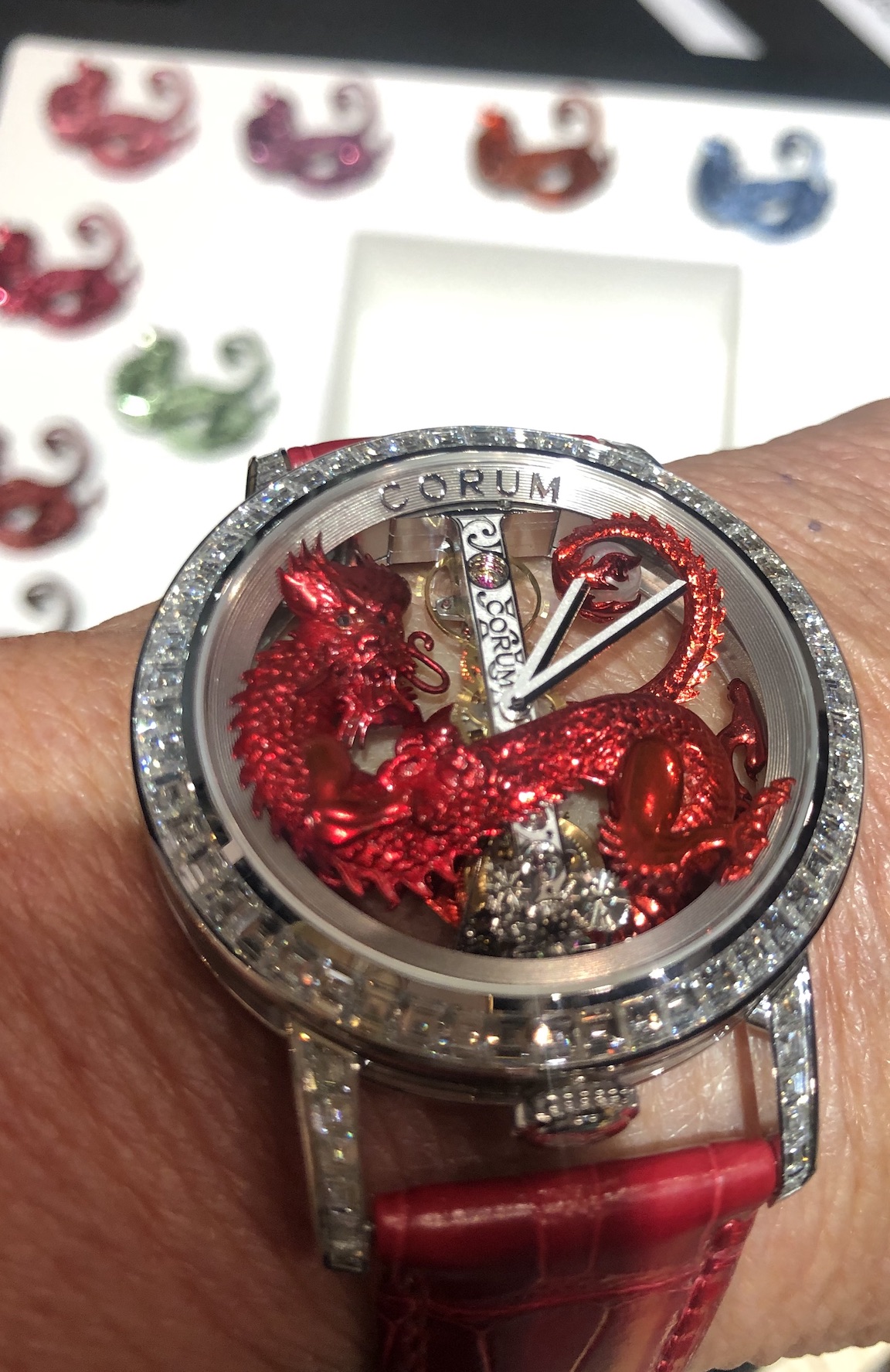 As is the case these days with certain luxury watch brands trying to please the discerning customer that wants something truly special, Corum unveils its newest customized Golden Bridge Dragon watch. Corum is no stranger to innovation and customization; this relatively young brand (founded in 1955) has worked with a host of artists and partners to create special limited edition pieces over the years. This time, though, the brand goes a huge step forward, breathing fire into an already iconic watch: the Golden Bridge. The newest Golden Bridge Dragon watches allow the consumer to select virtually any pantone color of choice for the miniaturized sculpted gold dragon that wraps itself around the beloved vertical hand-wound movement that identifies the Golden Bridge. 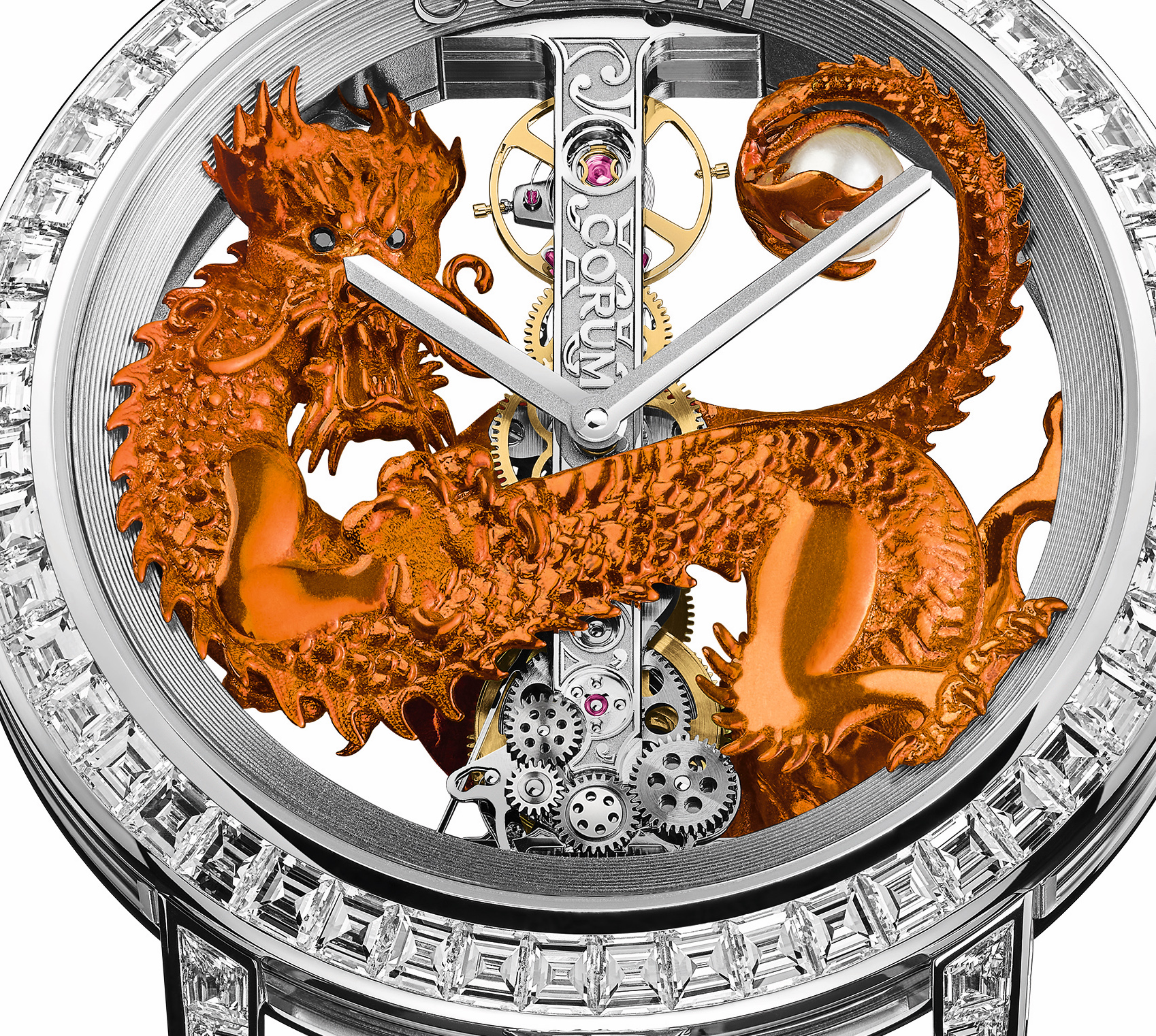 The dragon on the Golden Bridge Round Dragon watch is sculpted in gold and galvanized to any Pantone color one wants.

The Golden Bridge watch – with vertical movement that seems suspended in air — was the brainchild of master watchmaker Vincent Calabrese. The original rectangular piece was first introduced to the world 42 years ago in 1980 and its in-line baguette-shaped movement with linear gear trains wowed the world. It became a definite history-book timepiece, and the legendary concept has been reinterpreted time after time by Corum. Just last year, the brand released a new avant-garde tonneau shaped Golden Bridge, for instance.

Golden Bridge Round Dragon watch in sapphire blue. The watch as shown retails for approximately $210,000.

Now, though, the 43mm Golden Bridge Round Dragon watch, with carved gold dragon, can be created in any color a customer wants via a galvanization process – offering a truly unique appeal. The dragon, with black diamond eyes and a pearl on the tip of its tail, wraps itself around the movement in stunning glory. In the “showcase” version, the 18-karat gold watch boasts a bezel set with 96 baguette-cut diamonds weighing more than six carats.

Golden Bridge Round Dragon retails for approximately $210,000 as shown.

The customer, though, in addition to choosing the color of the dragon, can also choose the stones he or she prefers for the dragon’s eyes, can substitute a gemstone for the pearl in the tail tip, and can even select the gemstones on the bezel – all translating to a truly unique experience. Naturally, custom orders of this sort take some time, but in Corum’s experience, the wait is worth it. The versions shown here retail for approximately $210,000, but the watch price will vary greatly depending on the customization choices.

Golden Bridge Round Dragon watch in yellow. The watch as shown retails for approximately $210,000.

If I had a fire-breathing dragon on my wrist, I imagine it would be fire-engine red with yellow diamond eyes and a white marquis-cut diamond in the tail so the geometry of the dragon scales would be a perfect fit with the fancy cut diamond. I am unsure if the bezel would be set with white diamonds, black diamonds, or a rainbow of sapphires. After all, the legendary beast deserves fanfare for all of the fantasies and stories it has brought to life.

In any instance, as I mentioned to Corum, I would have the brand create a matching dragon as either as a pendant, or a pair of earrings. Yep, I’d go all out – if I had the cash.