Corum Goes Avant-Garde For The Holidays 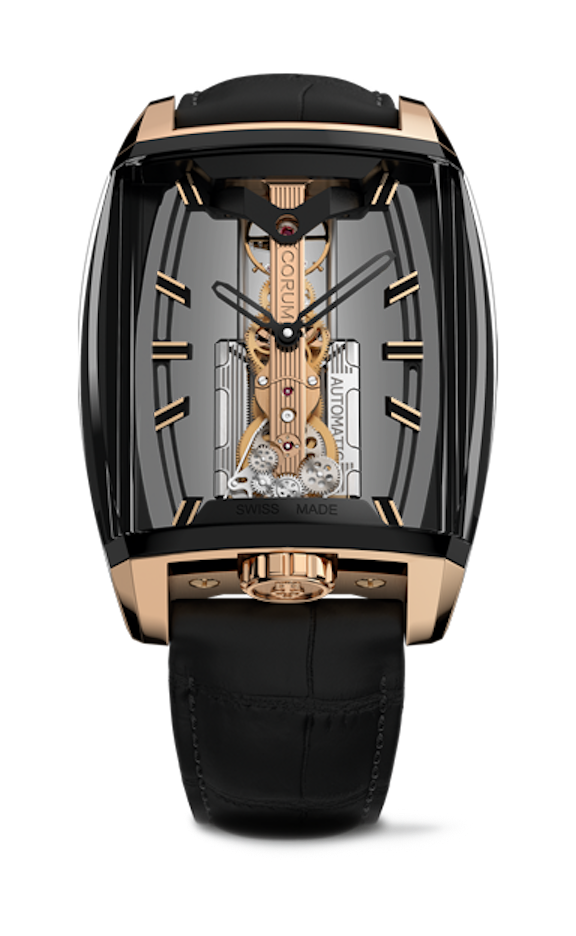 With the holidays upon us, so many people are looking to vintage-inspired timepieces that recall intriguing sets of values or artistic impressions. That makes it a great time to take a closer look at the Corum Golden Bridge Avant-Garde collection that deftly blends a beloved art style with top-notch technical watchmaking prowess.

The Golden Bridge is an icon in the watchmaking history books thanks to its ahead-of-its-time movement and case architecture. Designed originally by master watchmaker Vincent Calabrese in the 1970’s and later purchased by Corum and put into production in 1981, the Golden Bridge was the first in-line watch movement showcased in a sapphire case to allow for viewing of the finely finished caliber. 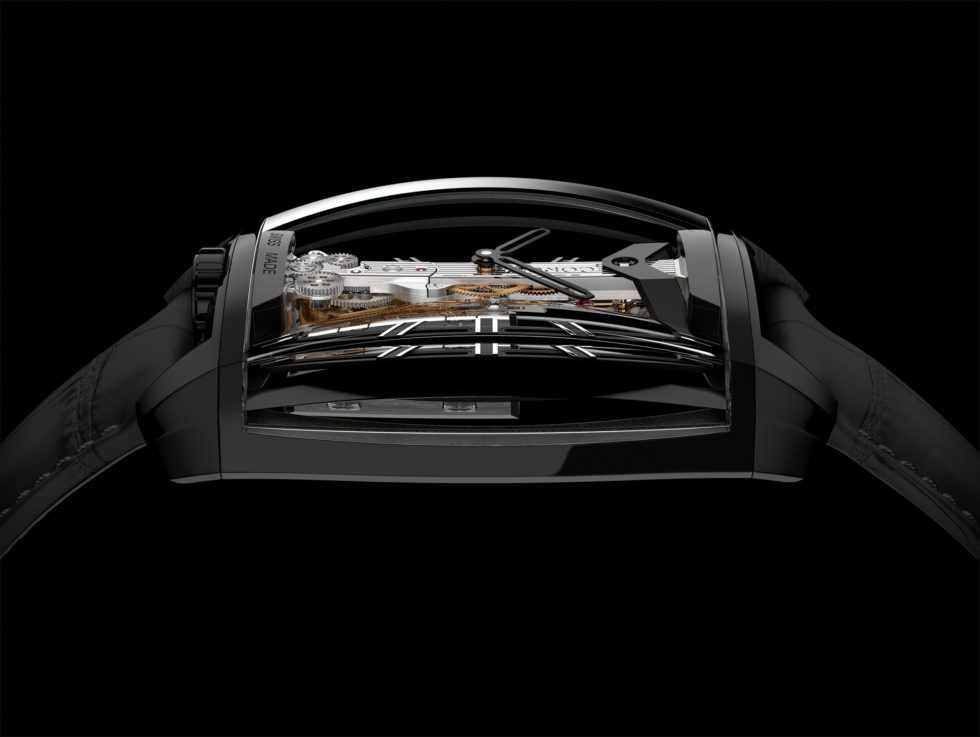 Side view of the Corum Golden Bridge Avant-Garde watch

Since then, the Golden Bridge has undergone a host of evolutions with multiple iterations making their debut. In fact, 10 years ago, the first Corum Automatic Golden Bridge made its debut, and this year, to honor that, the brand releases the tonneau-shaped Golden Bridge Avant-Garde.

Several versions of the new Automatic Golden Bridge – including diamond-set models – are sure to delight the art deco lover in your life. The bold tonneau-shaped case with sapphire curved crystal and case front, back and sides gives a panoramic view of the movement and the architecture. The new versions, which boast the crown at 6:00 for ergonomic comfort, are all created in limited numbers. Certain models are in an edition of 50 pieces (blackened titanium), 100 (titanium and gold). The diamond-adorned versions are created in limited editions of just 25 pieces.

For this series, Corum has invented a discretely placed floating harness system for its hand-applied indexes, yielding a highly modern and sophisticated flair. The design was necessary since there is no dial on the watch to affix the indexes to.  The 10th anniversary Golden Bridge Automatic watches boast a sapphire case back made of smoked crystal for an almost mystical look. 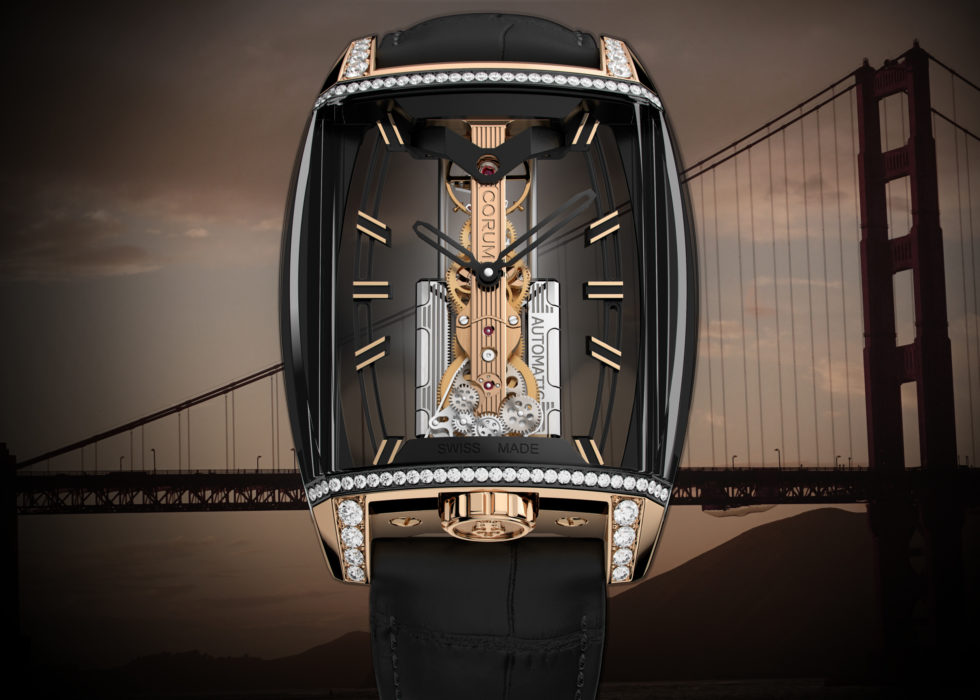 Corum Golden Bridge Avant-Garde watch set with diamonds is being made in a limited edition of just 25 pieces.

Additionally, they are all powered by the original automatic movement that remains incredibly advanced even by today’s standards. With all of its 194 parts in one line, the exclusive Corum Caliber  C0313 boasts 40 hours of power reserve, a variable inertia balance wheel for long-term precision, a miniaturized barrel and main plate, bridges made of 18-karat gold, and a platinum linear oscillating weight. Water resistant to 30 meters, the Corum Golden Bridge Automatic 10thanniversary watches are  finished with a soft-touch alligator strap and triple folding clasp.