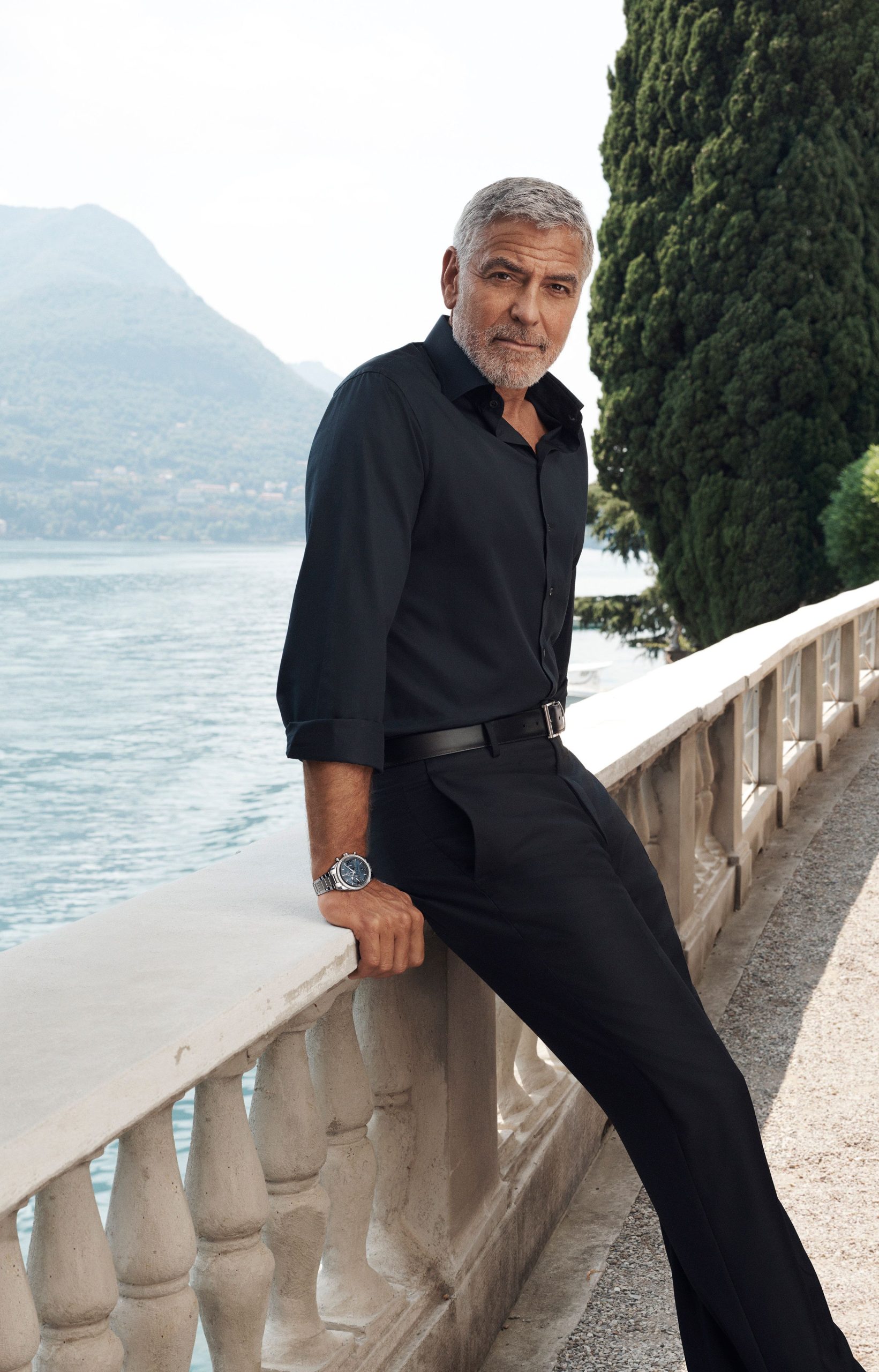 George Clooney stars in the campaign for the new Omega Speedmaster ’57 collection.

One would be hard-pressed to find someone who doesn’t know who Georg Clooney is. In some houses, the famed actor is practically a household name.  He has also been a long-time friend of Omega and now he takes center stage (again) as one of the key faces behind the new Omega Speedmaster ’57 collection.  He does this alongside South Korean actor and heartthrob Hyun Bin, who recently joined Omega as a brand ambassador. The two film stars  represent similar values of style, ease and perfection as Omega watches. 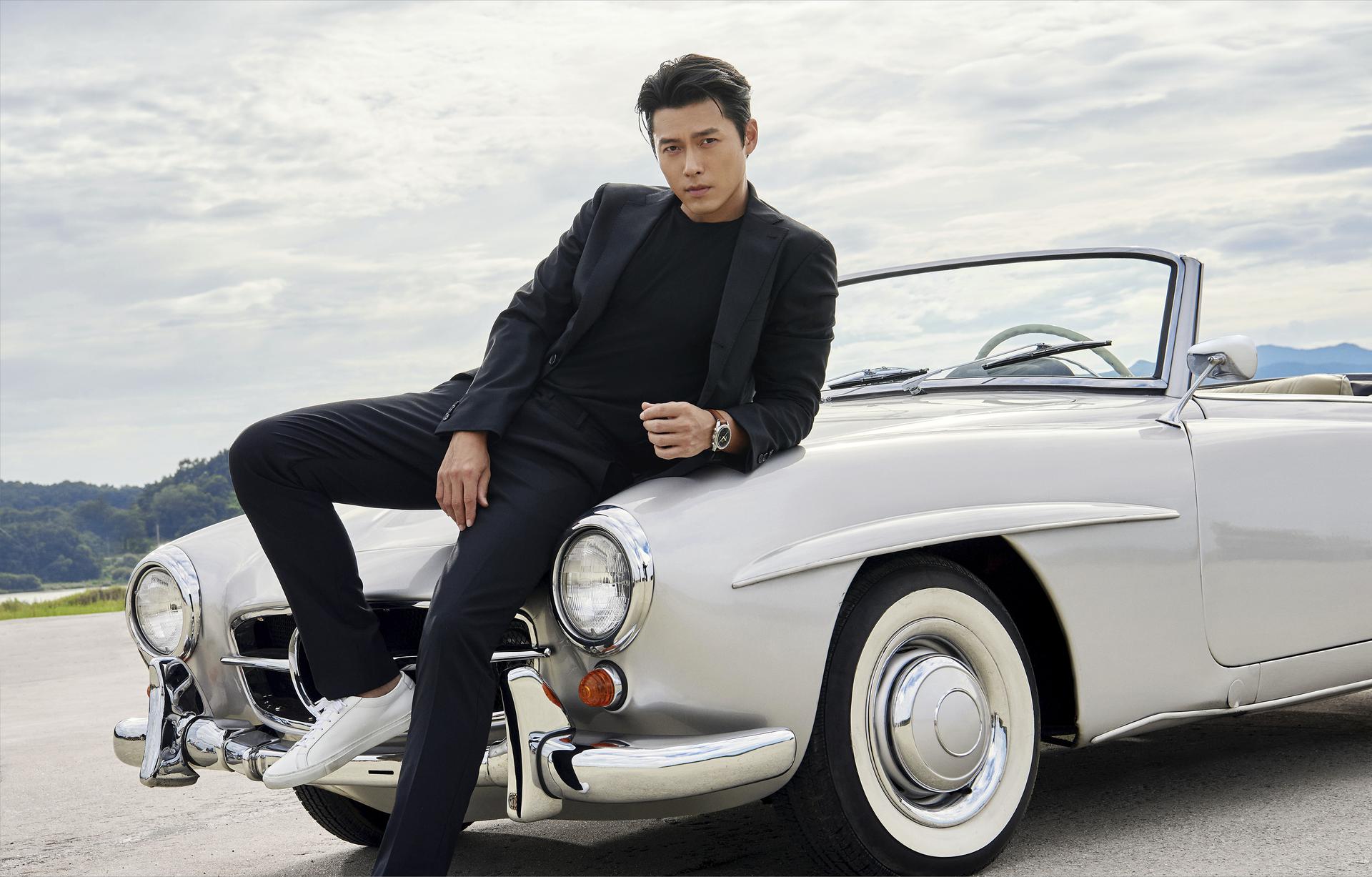 The new collection is inspired by the original Speedmaster design – first released in 1957 for race car drivers and car lovers. The new series is a tribute to that original watch and updates some of the original features for a modern classic appeal. There are eight watches in the series , each with a colorful dial and vintage-inspired bracelet  or leather strap.

The watches are chronographs – in this case the Co-Axial Master Chronometer 9906 movement that offers   magnetic resistance and shock resistance. Signature 1957 details include the brushed metallic bezel with its “Dot Over Ninety”, as well as the famous Broad Arrow hands.The movement allows for a thinner case and a finer bezel — ultimately a more elegant look.

The famous Speedmaster ’57 line was reintroduced in 2013 and is now updated in a 40.5mm version with a streamlined profile. The manual-wind movement boasts a silicon balance spring, two barrels and a time-zone function. 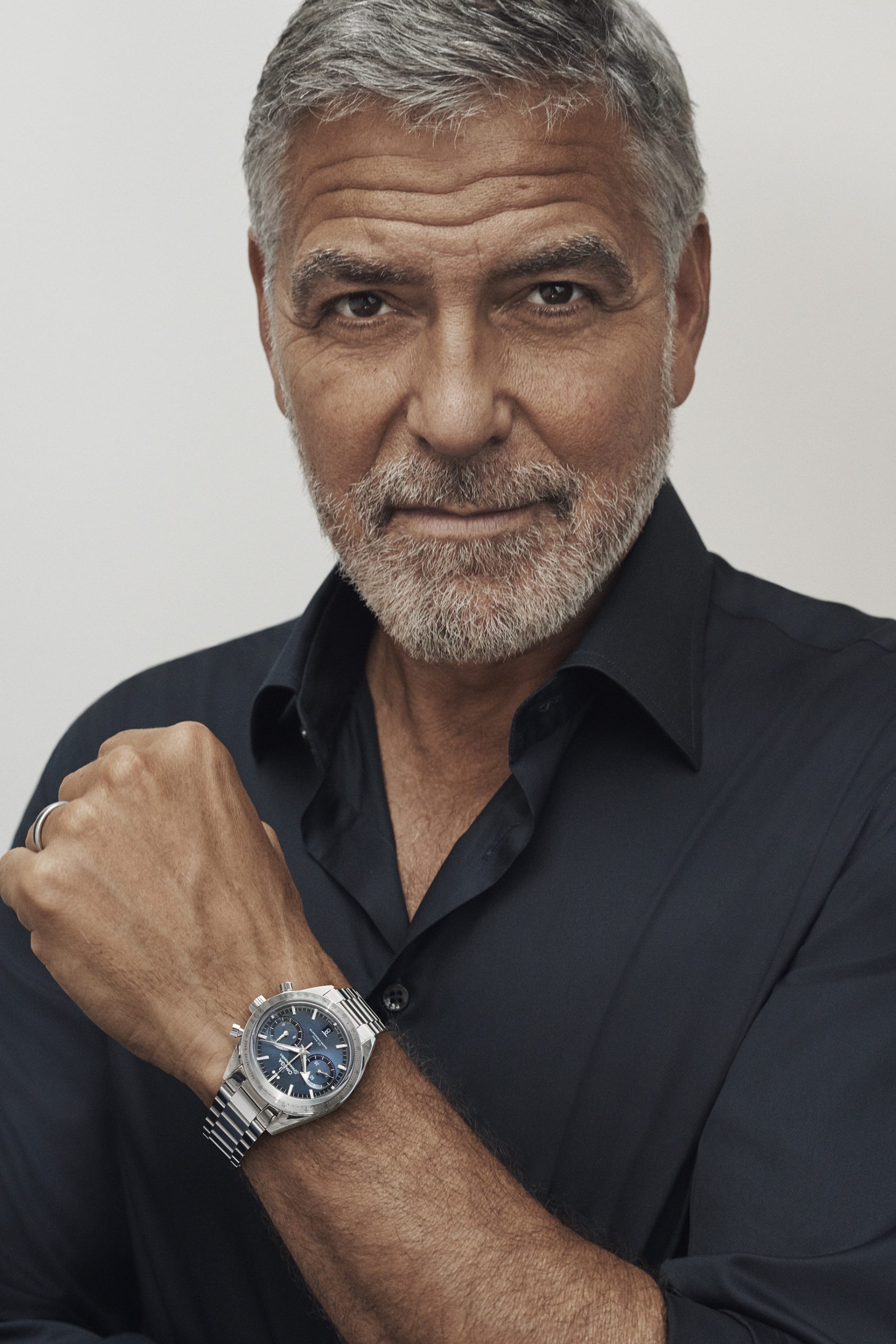 “Perfectly complementing both sides of the famous chronograph, Clooney brings his classic style and iconic character to the campaign, yet again highlighting his long-standing connection to Omega. On the other hand, Hyun Bin is the rising star, with a cool and modern spirit that epitomizes the Speedmaster’s constant evolution.” 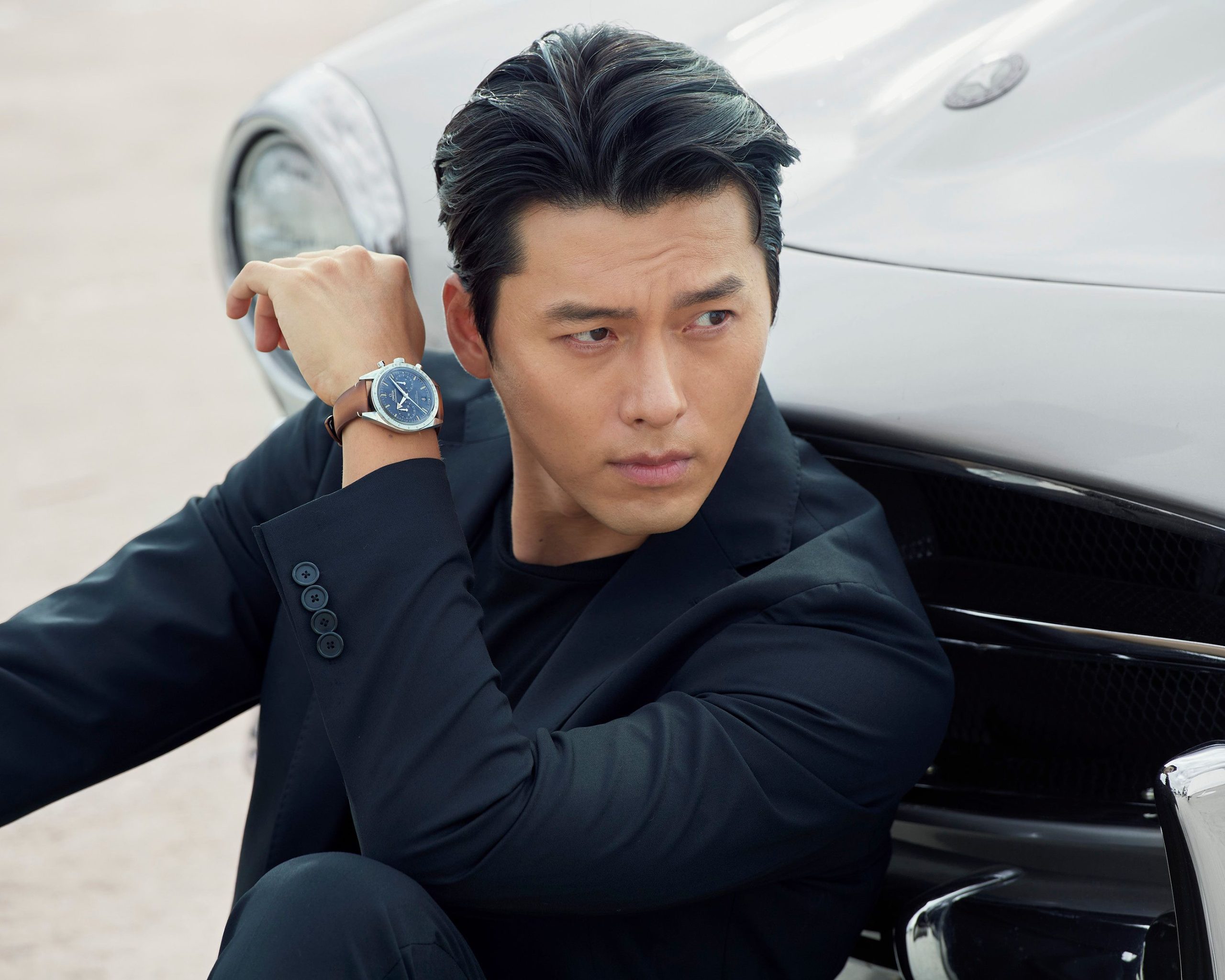 For the  campaign, George Clooney was photographed  near his home in the beautiful Lake Como area. He is wearing the stainless steel watch with PVD blue dial. The watch, the scenery, the vintage cars and Clooney are all easy to look at – making the campaign a success before it even hits the general public’s eyes. 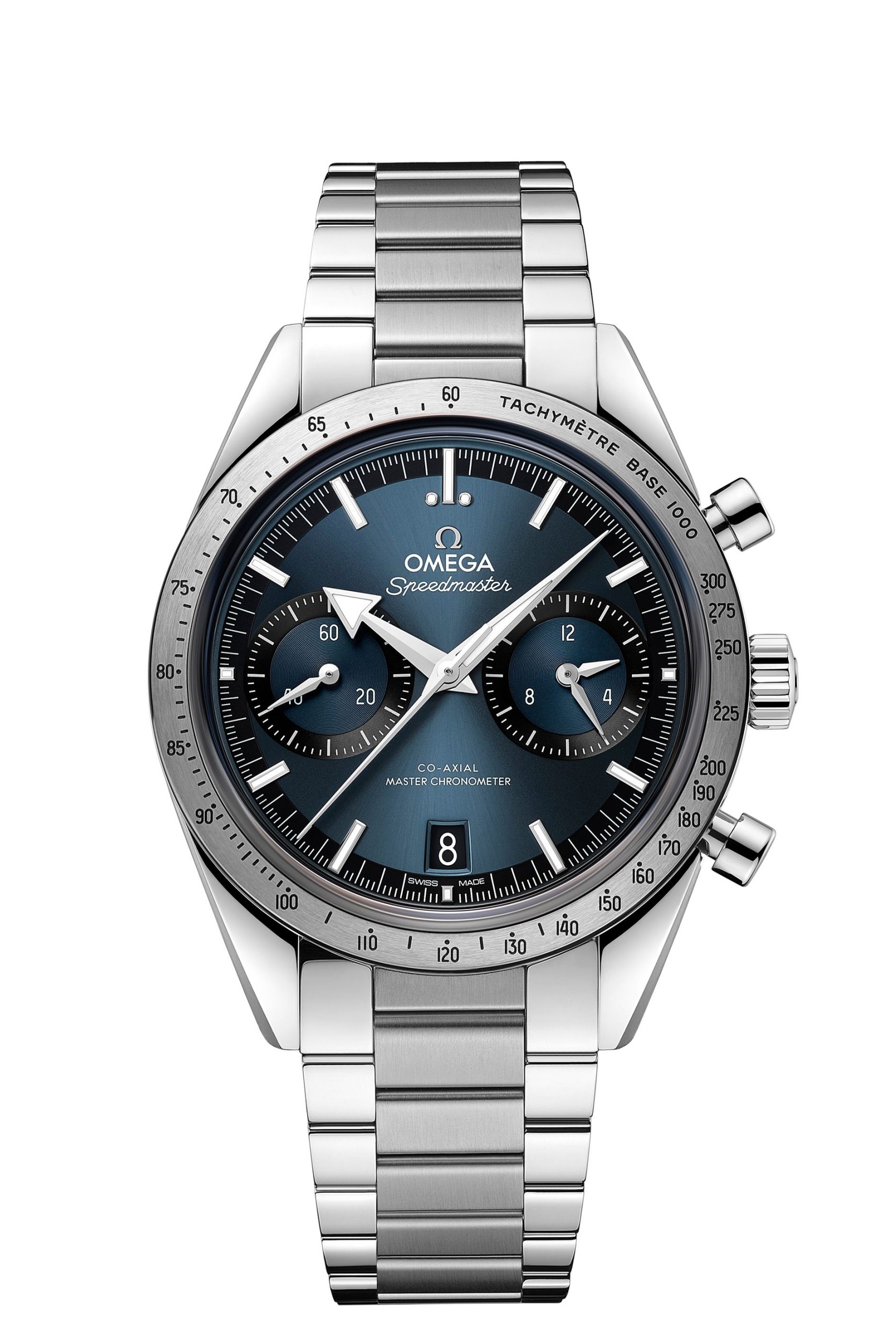 The shots of Hyun Bin, whose causal attitude and laid-back style exudes a feeling of warmth and comfort, were taken in Korea with another classic car. He is seen wearing the 405.mm stainless steel Speedmaster ’57 with black dial. The tie between the vintage cars and the  1957 watch geared for auto racing cannot be missed in this marketing campaign. 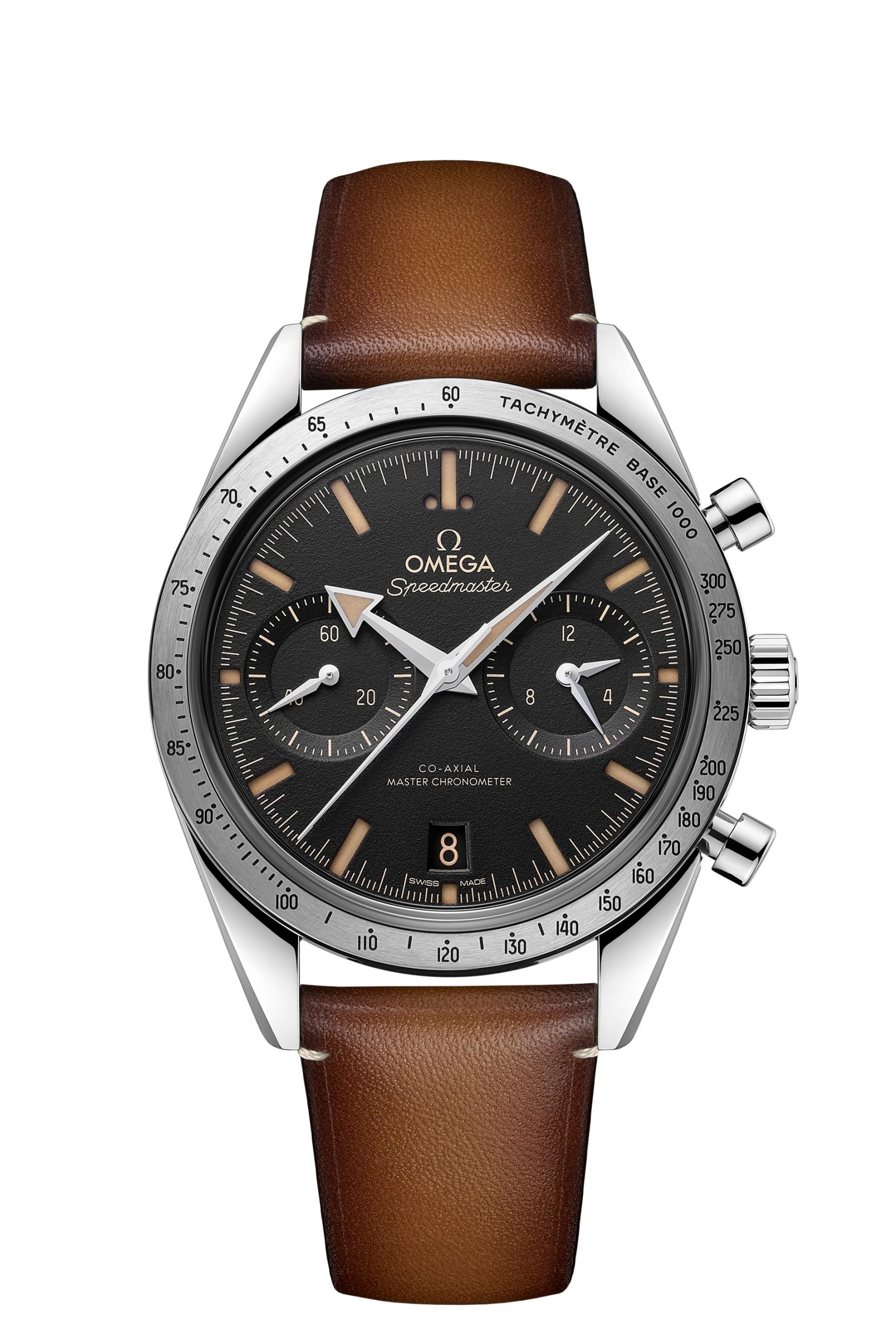 The Omega Speedmaster ’57 is powered by a Co-Axial chronograph, chronometer movement.

According to Raynald Aeschlimann, President and CEO of OMEGA, “The Speedmaster ’57 is known for its quality and timeless charm. George Clooney and Hyun Bin are the perfect leading men to showcase these values and prove exactly how the timepiece fits with the dashing style of today.”

In addition to the Speedmaster ’57 blue dial and black dial worn by the actors, there are also dials in green and burgundy hues  with either strap or bracelet. The Heritage models retail for $8,300 to $8,600.