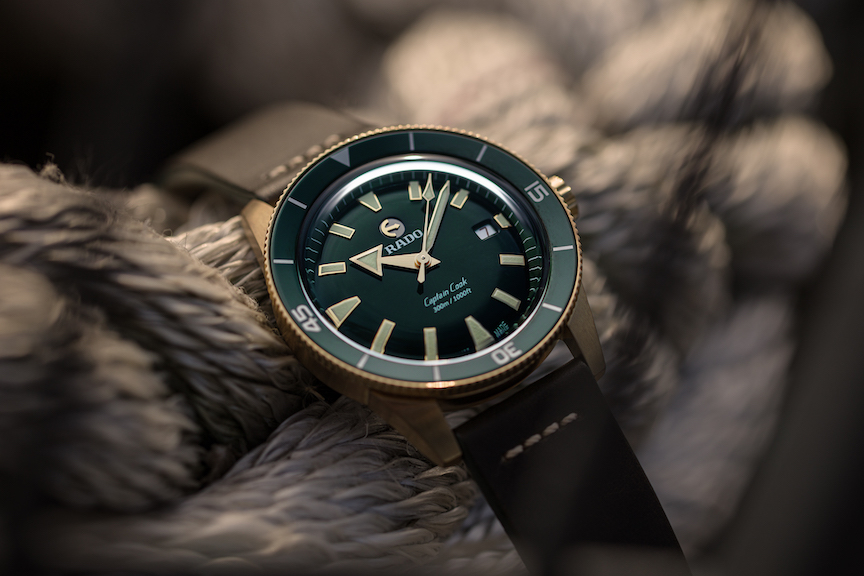 Swiss watch brand Rado, owned by the Swatch Group, may be a bit misunderstood in the United States market. Despite being born more than 100 years ago in 1917, Rado really only became well known in America in the mid 1980’s when it introduced the then-revolutionary high-tech ceramic watch. The material was groundbreaking in its strength and scratch-resistant properties and captured the attention of watch lovers and fashion lovers, alike, thanks to its sleek design.

Today, Rado remains committed to conquering the materials field and the design aesthetics arena. The thing is because of its price/value proposition, it is not as readily recognized by collectors as it should be. That may well be because it is misunderstood – although the young up-and-coming connoisseurs are fully behind the brand that seems to be consistently on target with the artistic-minded community and with lovers of high-tech materials. 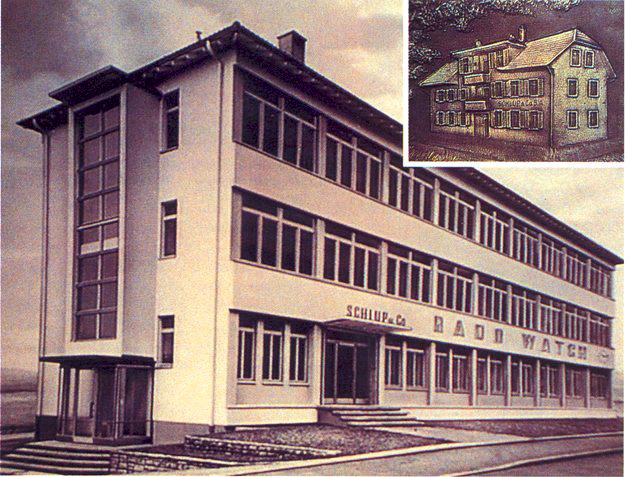 Rado started out as Schlup & Co.

Interestingly, when this brand was founded in 1917 by three brothers in Lengnau, Switzerland, it was called Schlup & Co. The original plan was to specialize in making movements, but by the late 1920’s, the company opted to begin making finished watches, as well. In 1928, they registered the name Rado, which in the Esperanto language translates as “wheel.” Still, they didn’t begin using this as the official brand name until 1957.

As early as the 1960’s, Rado was working with groundbreaking materials that attracted customers. In 1962, it released the Rado DiaStar — considered the world’s first scratchproof watch. The DiaStar was inspired by the desire to create a watch of unparalleled durability. As such, Rado turned to hard metal, which was very difficult to work with. Undaunted, the brand’s engineers prevailed – ultimately releasing a material with a hardness of 1,400 to 2,000 Vickers, offering highly superior scratch resistance. The look of the watch was also extraordinary and fast became an iconic design for the brand.

Decades later, Rado again wowed the world with what was then a revolutionary material: high-tech, scratch-resistant and ultra-lightweight ceramic. In 1986, its first ceramic watch made its debut on the market. Originally in white or black colorations, the high-tech ceramic would eventually be made by Rado in a host of colors. Rado’s masters at materials found ways to create consistently saturated hues of blue, yellow, red and other colors of ceramic. Rado has also developed other materials such as Plasma high-tech ceramic, Ceramos and more. 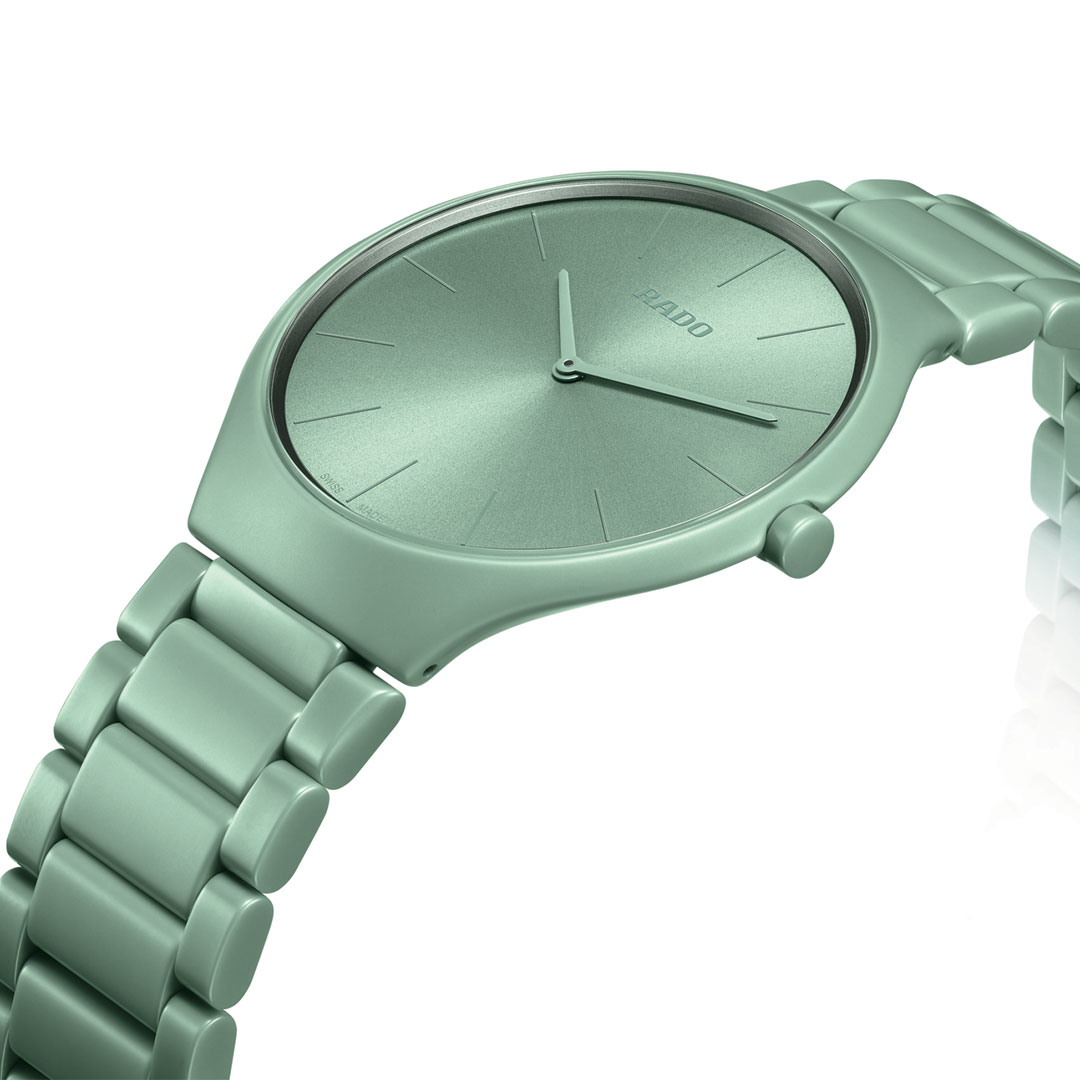 In fact, in 2011, Rado introduced the True Thinline watch with a thickness of less than 5 mm. It was the thinnest Rado ceramic watch and possibly the thinnest high-tech ceramic watch in the world at the time. The thin movement measured just 1.35 millimeters and is placed inside a monobloc ceramic case made of solid ceramic with no stainless steel core. It is 25 percent lighter than steel but still nearly five times harder.

In addition to design and materials, Rado is all about adding  a few cool signs to its watches that only  insiders know about. The moving red anchor on a dial, for instance, indicates that the watch is powered by an automatic movement.  The anchor was a beloved signature and has since found its way to the crown, as well. 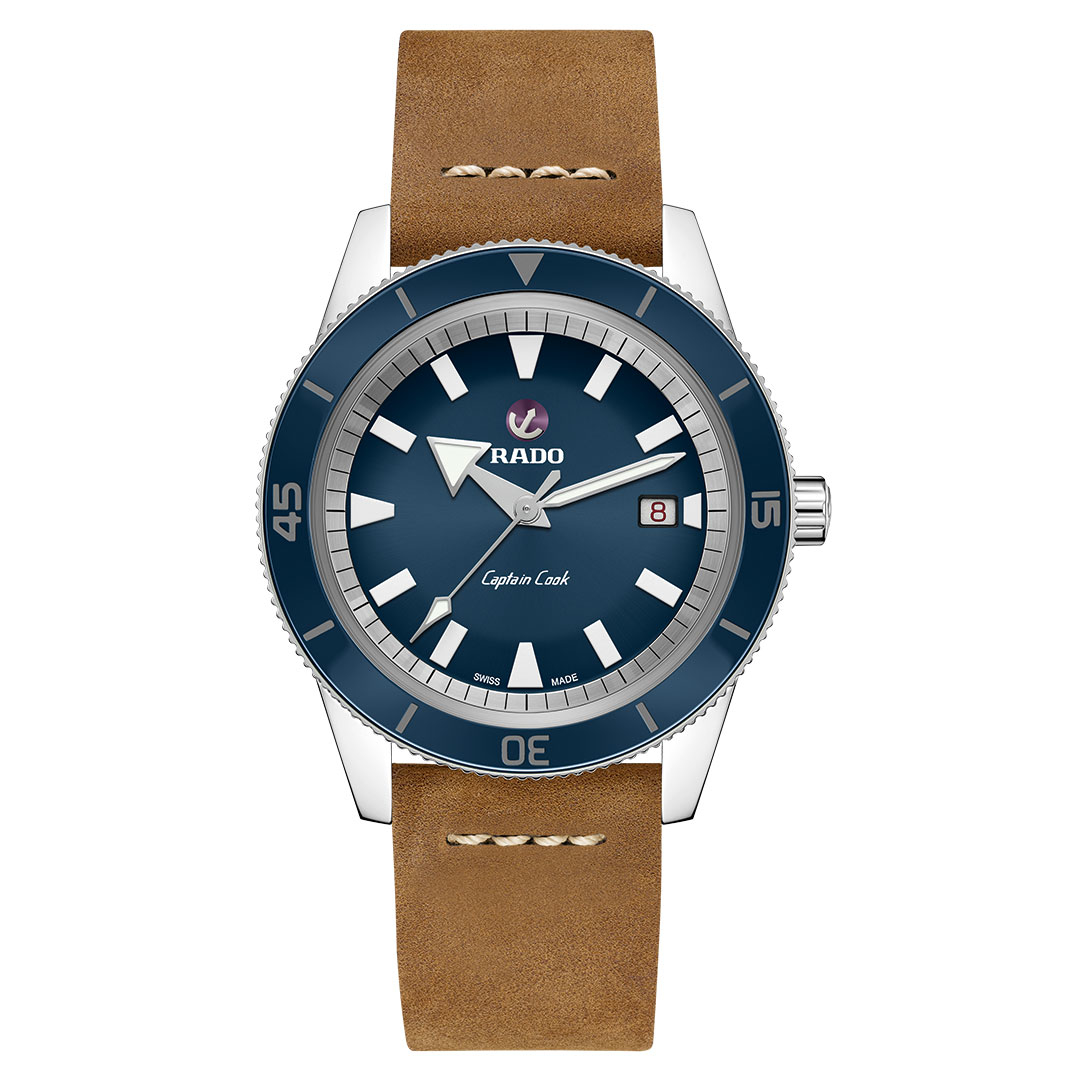 Introducing The Vacheron Constantin Year Of The Rabbit Watch
August 14, 2020

Introducing the Piaget Year Of The Rabbit Watch
August 14, 2020