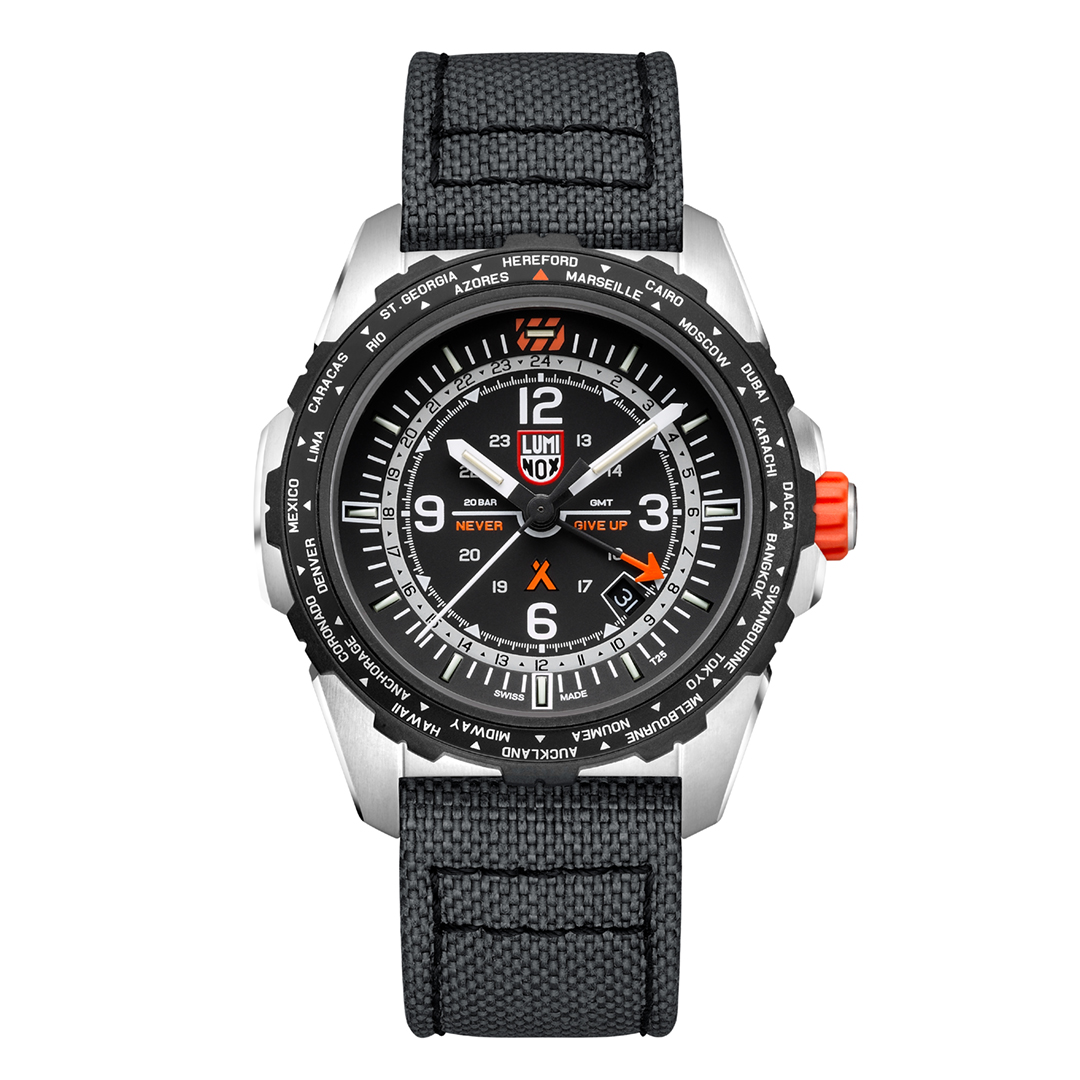 Having an all-terrain timepiece is wildly important to many watch aficionados. The question, however, remains: is anyone really pushing their prized watches to their full limits consistently? One person who can vouch for the ruggedness of his daily work life is Bear Grylls. Bear is famous for continuously placing himself in the most dangerous of situations and not only surviving the encounter but teaching his viewers how to thrive in the situations. Last year, we announced the partnership between Luminox and Bear Grylls here. The first watches were geared for land and water. Now, Luminox releases the new Bear Grylls Survival Air GMT watch Collection.

Reviewed and approved by Bear Grylls himself, the timepiece is versatile enough to function accurately through any adventures he can throw at it and still keep him on time. The piece is outfitted with a world time quartz movement that shows all 24 time zones indicated by cities that are home to all the major special forces around the world. 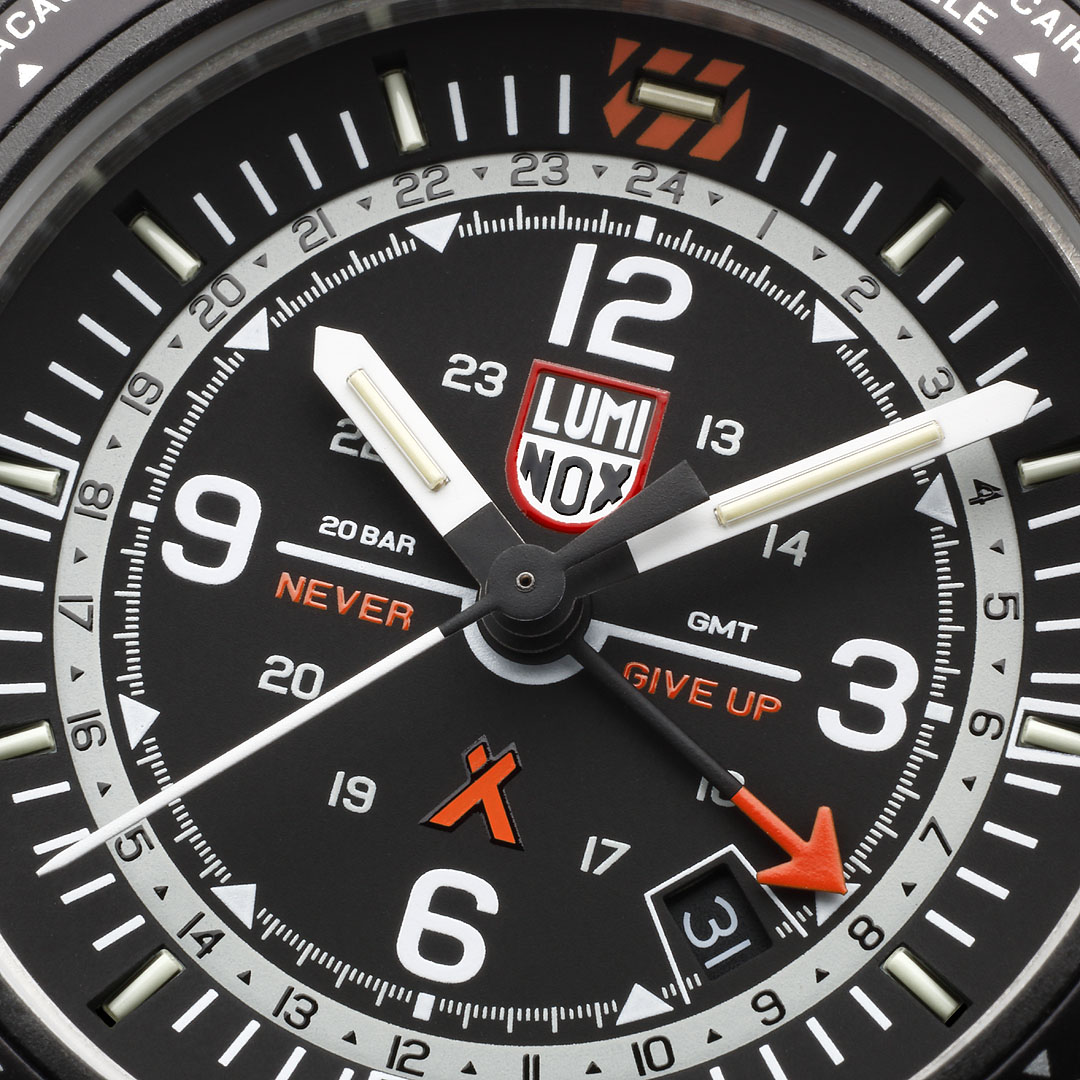 The bezel of the Luminox Bear Grylls Survival Air GMT watch is made of a proprietary material called Carbonox.

For ease of legibility, an orange-tipped GMT hand points to the second time zone on the 24 hour inner ring, and the world cities are read off of the Carbonox™ bi–directional bezel. The screw down crown has been given an orange rubber treatment for easy of handling in the Amazon rain forest, or any other extreme-weather environment Bear may find himself in. The same vibrant orange accent is found throughout the watch, from he GMT hand, to the case back — where the Bear Grylls slogan “Never give up” is written in orange. 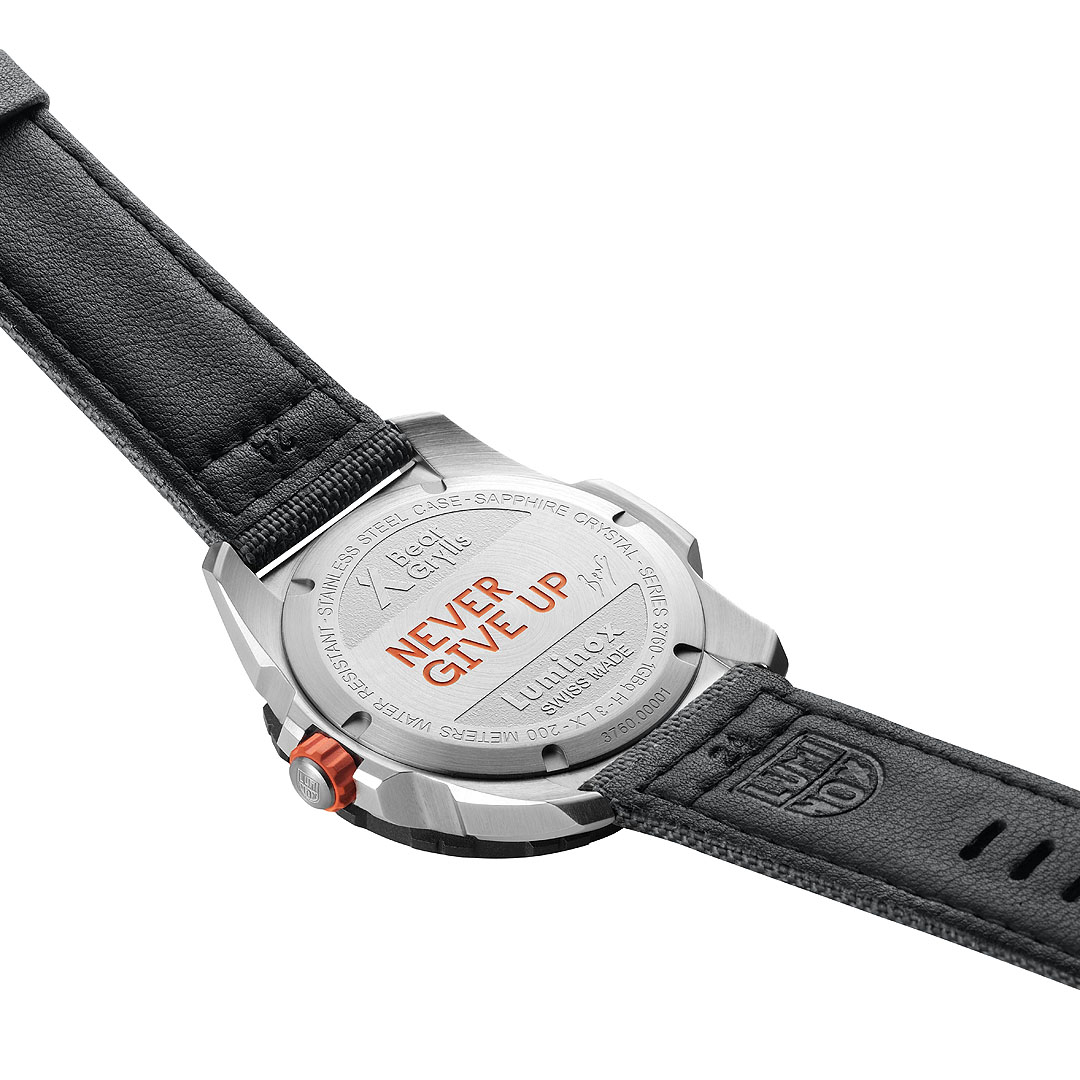 The case back of the Luminox Bear Grylls Survival Air GMT watch features the slogan, Never Give Up.

The case measures a robust 45mm and comes on a Cordura strap  or on a Milanese mesh bracelet. While the bracelet version looks nice, it is the only element that seems a little out of sync with the rugged outdoor concept. The piece is  water resistant to 200 meters, making it perfect for traversing the waters of the Nile River while being chased by pythons and looking for protein-dense grubs to survive another day. Of course, that water resistance isn’t as important in the air, but this Air model takes advantage of the Luminox Light technology for low light legibility while flying at night.

The retail price is also another point of survivability, as these should not break the bank. Retail is $695 for the Cordura strap version and $795 on the Milanese bracelet. I love the idea of this rugged timepiece designed to keep up with Bear Grylls, s well as with Luminox’s other partners, including US Navy Seals, Icelandic Search and Rescue, Lockheed Martin’s F-117  Nighthawk stealth and other elite forces. 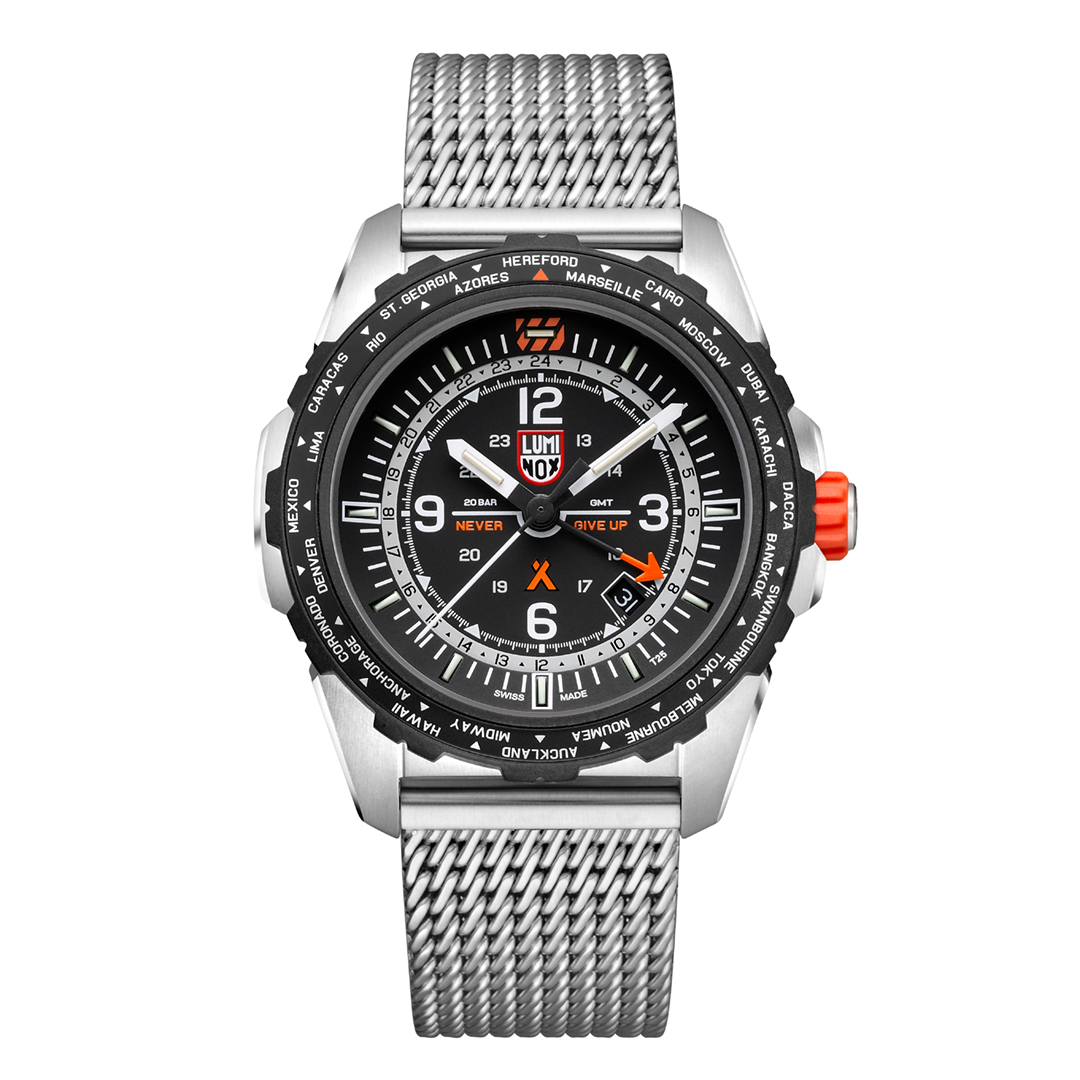