Bear Grylls Teams With Luminox For The Ultimate Adventure Watch 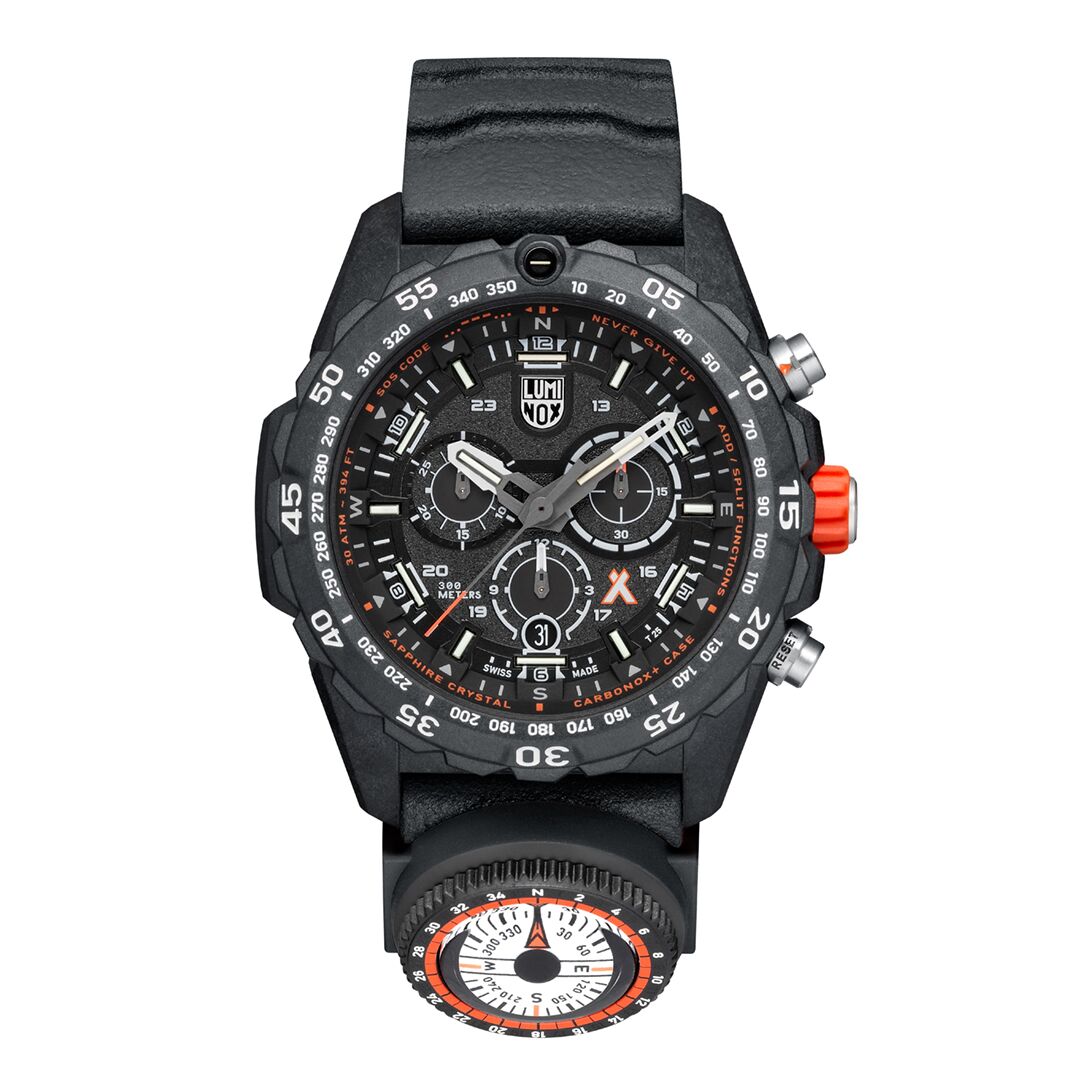 For those who love a true adventure story, there is Bear Grylls. He’s the guy you can watch on television as the treks through jungles with sheer determination to find his way to sunshine and safety. Using basic tools such as a watch and a machete, Grylls has built a cult-like following of fans eager to watch his adventures and to learn a thing or two about his survival skills. 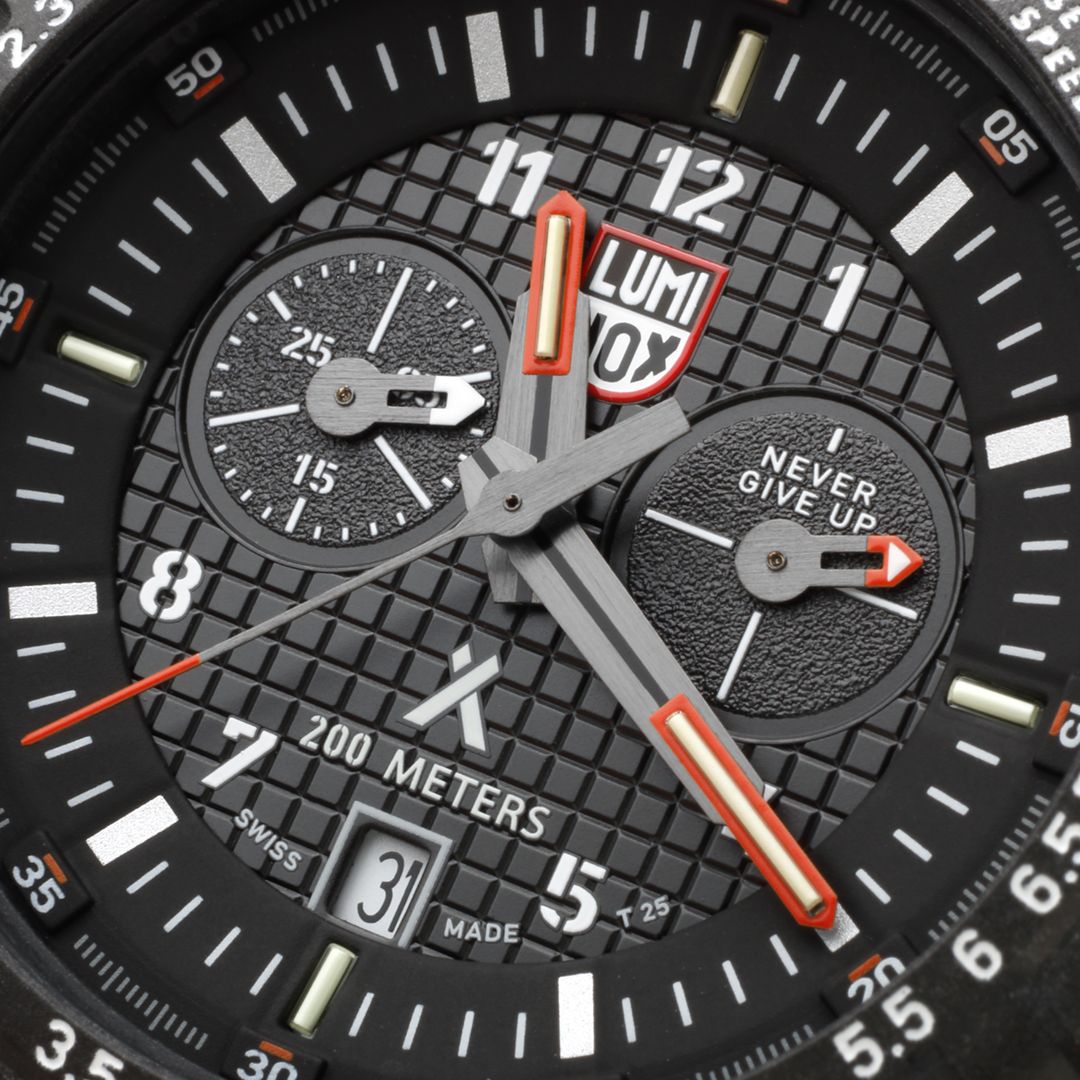 Now, Swiss watch brand Luminox —  a brand that satisfies Navy SEALS and other tactical military forces — joins with Grylls to create watches that can go the distance with him. The watches all feature Bear Grylls’ logo and his “Never Give Up” motto on the dial and casebook. 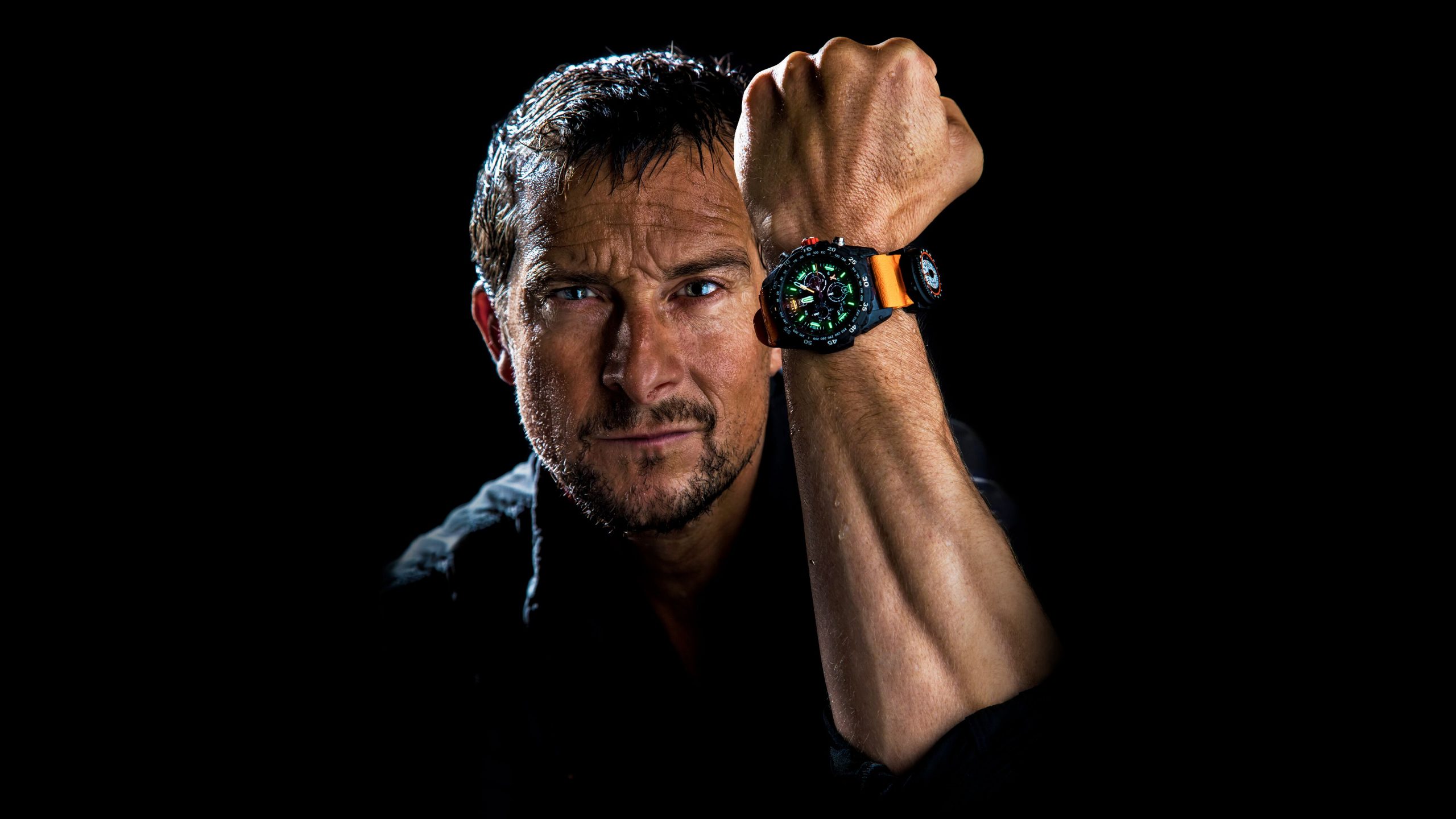 According to Grylls, he’s been wearing Luminox watches since his early adventuring days. “The rugged watch range has been carefully crafted featuringmulti-functional design and state of the art materials – set to inspire and encourage the adventurer in everyone – men and women, boys and girls, outdoor novices and experts.”

With a motel of “Every Second Counts,”  Luminox works with the Navy SEALs, the Icelandic Association for Search and Rescue (ICE-SAR) and many other professionals because its watches are meant to survive extremes. The first watches to launch are water resistant up to 200 or 300 meters and cased in  highly durable CARBONOX™ (a carbon-based material exclusive to Luminox). 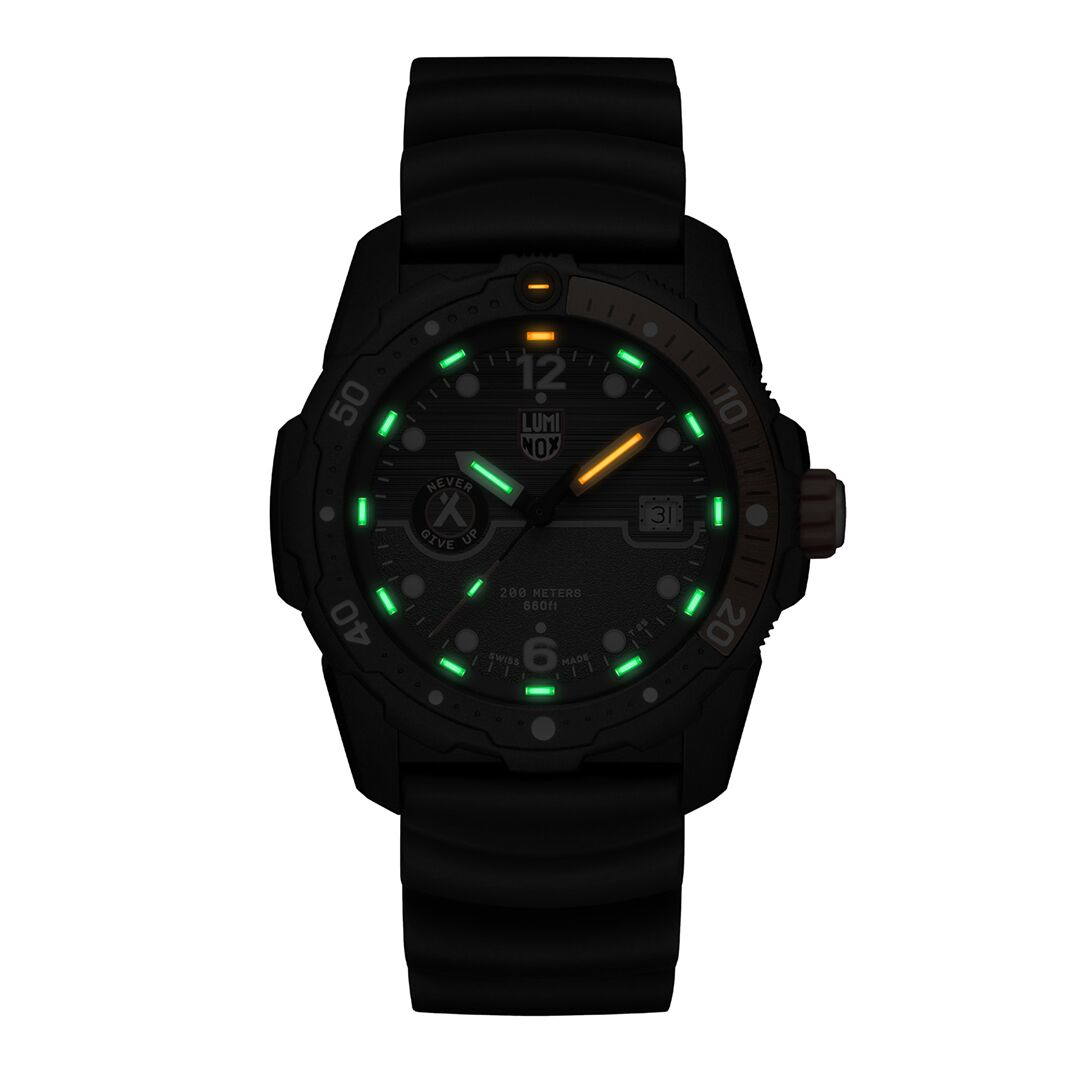 The Luminox Light Technology will last up to 25 years.

Depending on the model, each watch measures 42mm or 45mm and  incorporates different functions, ranging from compass to morse code deckers, walking speed scales and more. The key, though: Luminox Light Technology. In fact, the light sources of Luminox watches are among the brightest available on the market- ensuring readability for up to 25 years. A complete round of Sea and Land watches comprise the first six models, and another two Air models will be launched this summer. The Air watches will be crafted in 316L surgical grade stainless steel. The watches retail for between $445 and $890.

Bear Grylls is globally known as one of the most-recognized faces of survival and outdoor adventure. The  BAFTA award winning TV host began his journey in the British Special Forces (21 SAS) before becoming one of the youngest-ever climbers of Mount Everest. He is the author of more than  85 books that have sold more than 15 million copies worldwide, including the No.1 bestselling Mud, Sweat, and Tears. His most recent series, Running Wild with Bear Grylls, is an acclaimed who that has witnessed global stars (such as Julia Roberts and Ben Stiller) accompanying him on his adventures. 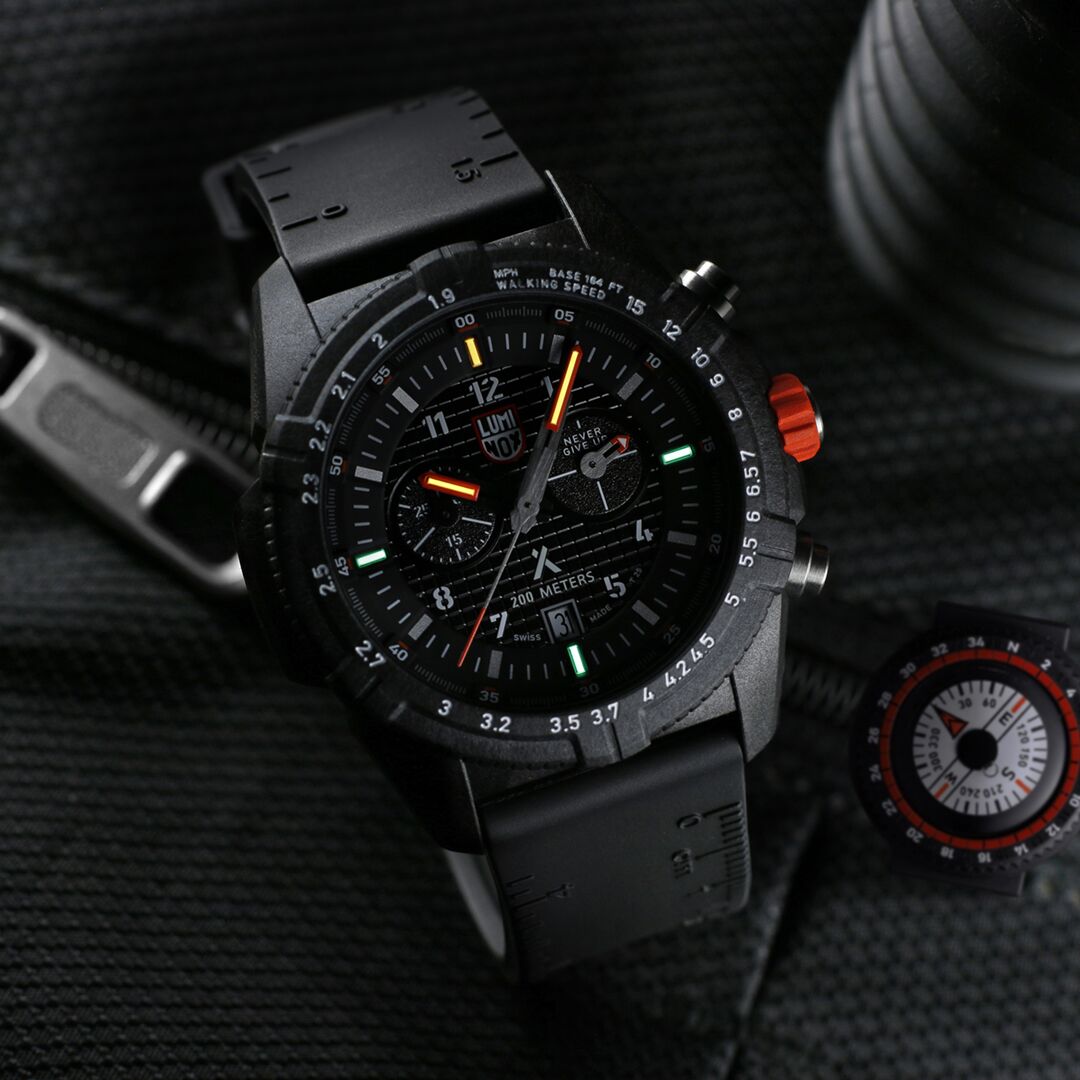 The first watches in the Luminox Bear Grylls watch series offer a host of functions and features, including Carbonox cases and Luminox Light Technology.