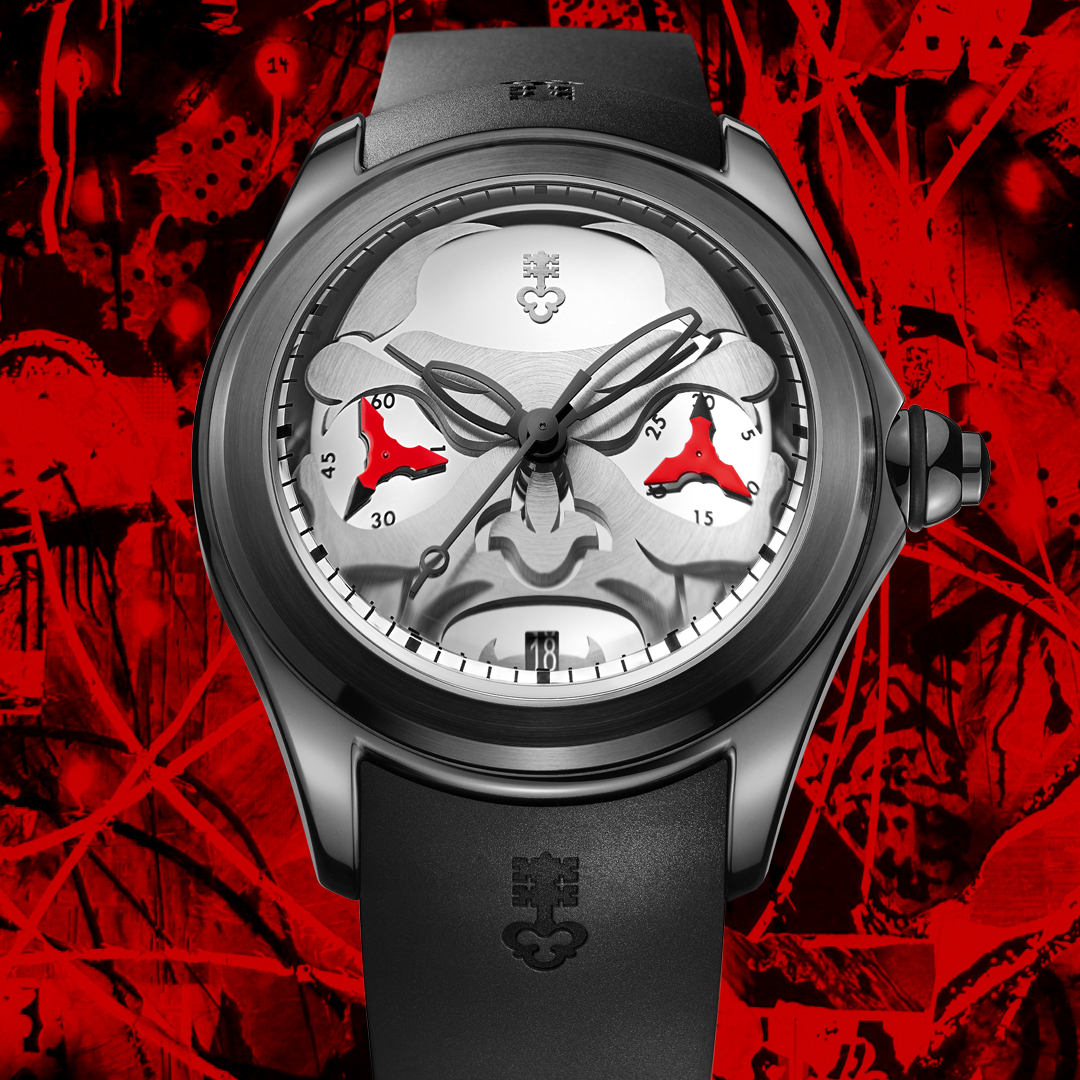 At a time when spirits may be at an all-time low, what with new variations on the killer pandemic, Corum has the answer with a watch that has a power all its own. The new Corum Bubble 47 Chronograph Diablo (devil in Spanish) features a masked bandit that just might show how tough you are.  The design motif of the dial is directly tied into the chronograph function of the watch for devilish appeal.

The automatic timepiece, created in a limited edition of just 88 pieces, houses the CO 771 movement that offers hours, minutes, seconds, date and chronograph functions via a mono-pusher chronograph. The subsidiary dials on the watch at 3:00 and 9:00, each with red three-axis hands, are surrounded by brushed circular overlays that seem to form the eyes of the devil. The overlay is attached to a cut-out nose and mouth – forming a three-dimensional motif that adds depth to the overall design.

The 47mm watch is crafted in grade 5 titanium that is blackened with a PVD treatment. The deft blend of brushed black case, brushed steel mask and bold red eyes will make everyone do a double take when seeing this watch. The movement offers 55 hours of power reserve and the watch is water resistant to 100 meters. Finished with a rubber strap with the Corum key logo on it, the watch naturally boasts a domed sapphire crystal indicative of the beloved bubble watch. At 12:00 on the dial, the Corum key logo resides, harmoniously balanced against the date indication at 6:00.

It is a bold timepiece during times that call for a little resourcefulness. It also is totally in keeping with the creative and disruptive style that defines the Bubble. First launched in the year 2000, when Severin Wunderman was at the helm of Corum, the oversized Bubble with domed crystal quickly gathered a cult-like following. The watch has since become one of the most distinctive timepieces of the new millennium.  This newest chronograph version  is a true force to be reckoned with, especially since its retail price is pretty nice: $6,900. 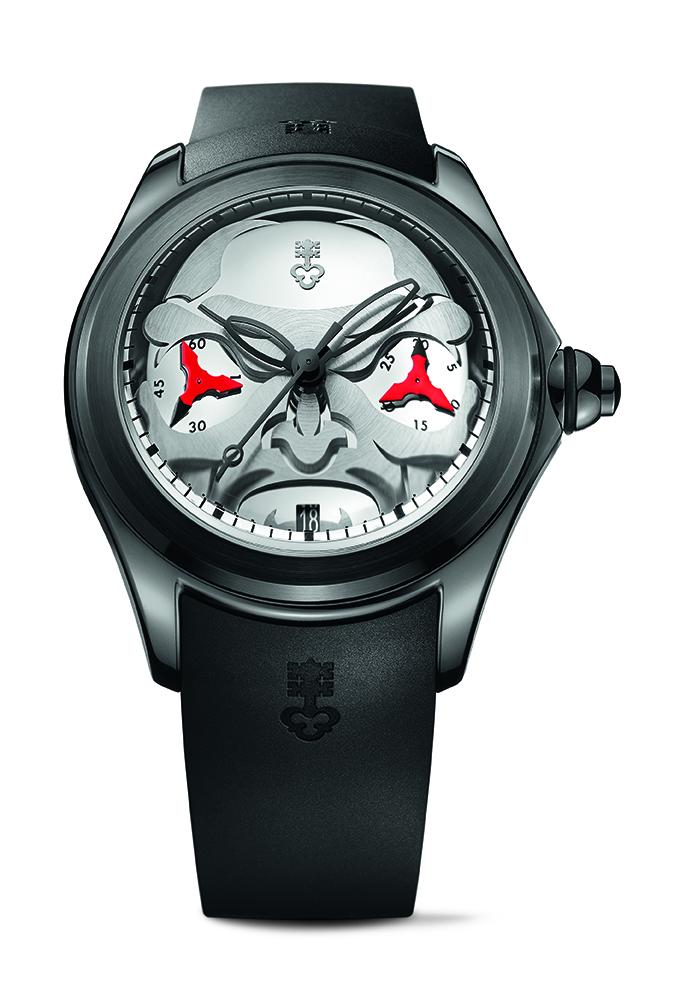 The Corum Bubble 47 Chronograph Diablo is crafted in blackened titanium.