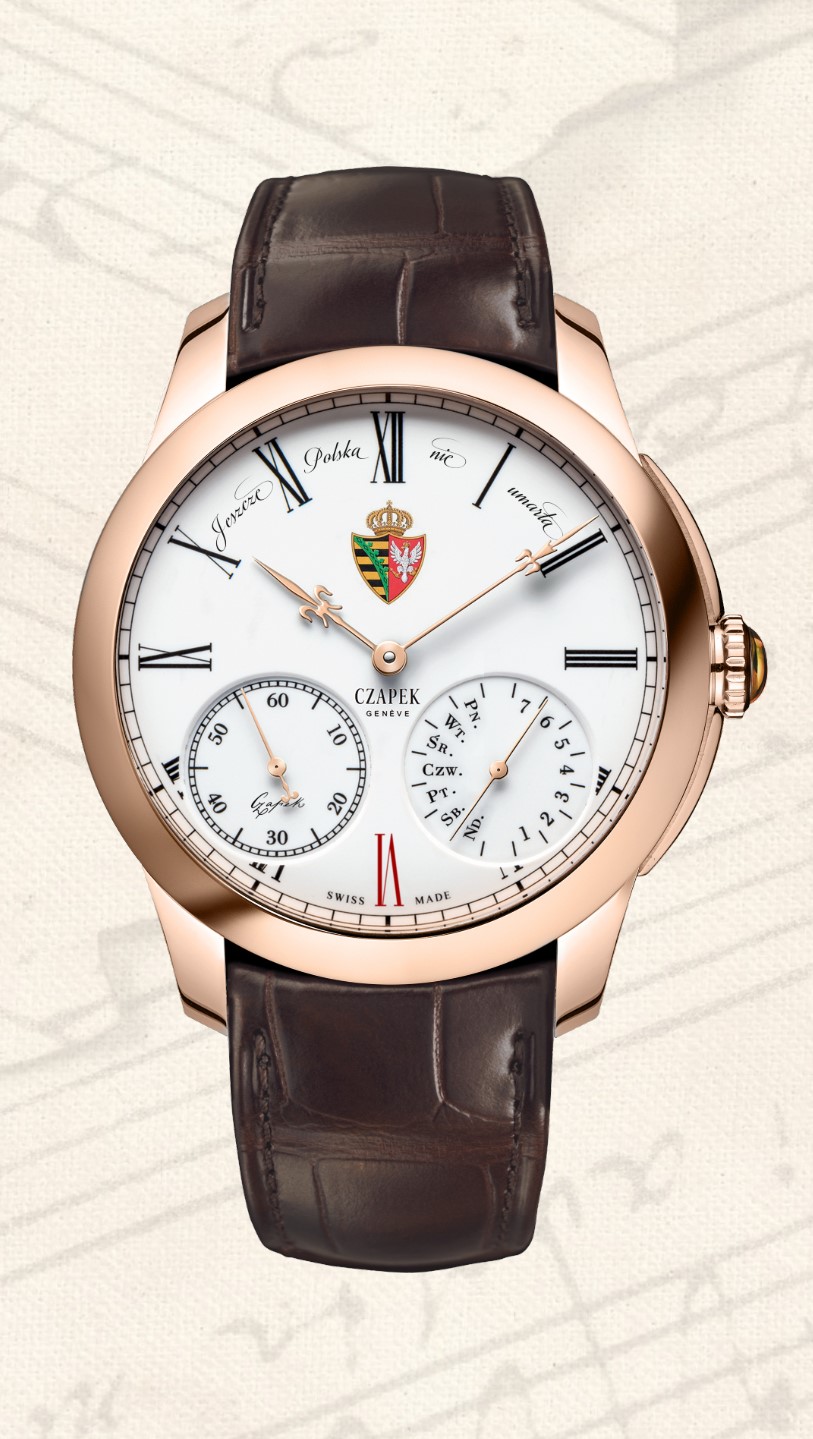 Czapek & Cie Mazurek watch made in agreement with Wealth Solutions.

We’ve written about Poland-based Wealth Solutions and Swiss Czapek & CIe here before, but now these two companies join forces to create a patriotic Polish watch named for a song from centuries ago, when Poland (and Czapek himself) was fighting for independence. This new Mazurek watch is part of series that was launched in 2017 and is dedicated to songs that relate to different periods of the war and different uprisings.

The Mazurek recalls the most important song from the Napoleonic Wars period when Polish soldiers with Napoleon created an independent country called Grand Duchy of Warsaw. That country lasted only a few years but the “Dąbrowski’s Mazurka” song is today the national anthem in Poland. 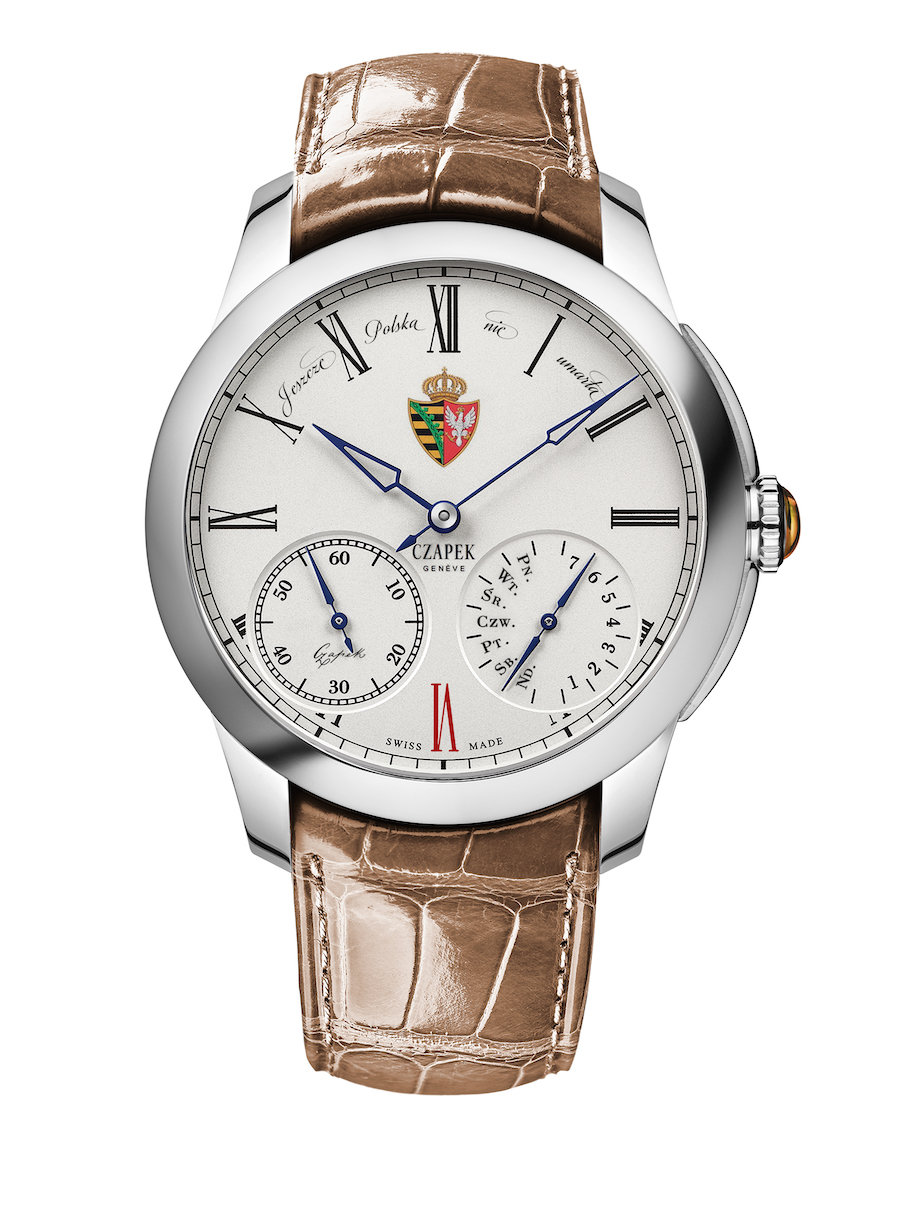 The Czapek Geneve Mazurek watch is created in two versions: steel for approximately $15,500  and 18-karat gold for about $35,500. The dial of the watch draws inspiration from a period when Franciszek Czapek, 18th century watchmaker and founder of Czapek & Cie., created watches with Polish patriotic motifs on them.

The dial of the watch features the coat of arms of the Duchy of Warsaw at 12:00 on the dial. Next to it is the inscription “Poland Is Not Yet Lost” — painted in the original Polish wording (“Jeszcze Polska nie umarła”).  Additionally, the cabochon crown os set with a piece of amber from Poland. The entire look is completed thanks to the weekdays being printed in Polish on the power reserve disk. 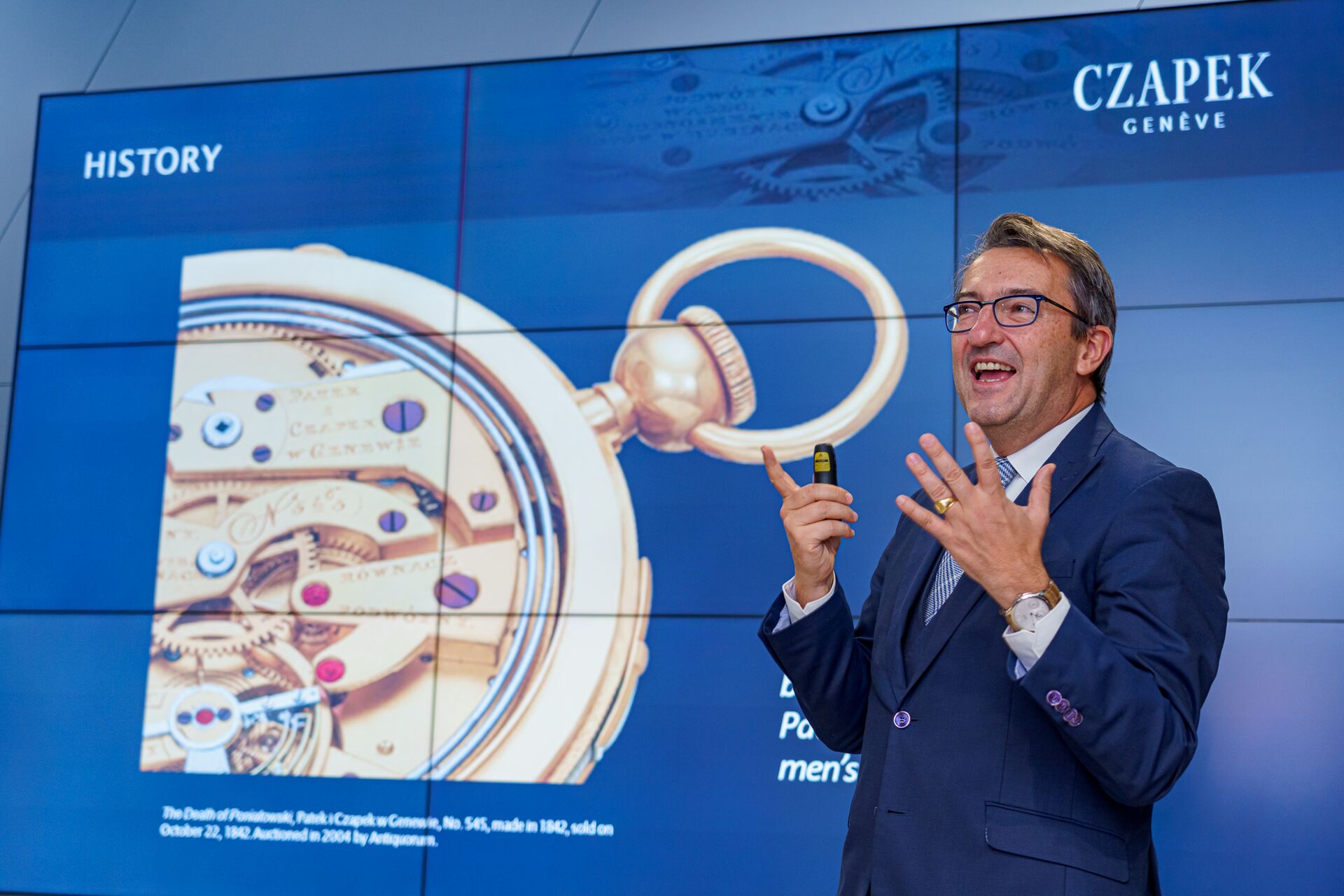 Xavier de Roquemaurel, CEO of Capek & Cie. at the unveiling event for the Mazurek watch.

It is the second watch in the contemporary history of Czapek & Cie dedicated to a Polish patriotic song. The first edition, Warszawianka, paid tribute to a song from the period of the November Uprising, in which Franciszek Czapek participated.

“I am very happy that for the second time together with Wealth Solutions we created a watch which refers to Polish history. It would certainly please François Czapek that we found a way to marry his passion for watchmaking with a cause he always supported,” says Xavier de Roquemaurel, CEO of Czapek & Cie.

The Mazurek edition witnesses 10 pieces in steel and five in gold. The watch is equipped in seconds hand and a power reserve indicator. The watches are powered by an  SXH1 mechanism with a 7-day power reserve. All elements of the dial, such as numbers, the coat of arms of the Duchy of Warsaw, and the line from “Dąbrowski’s Mazurka” were hand-painted in a Switzerland. The watches were unveiled at a gala event in Poland just a few days ago. 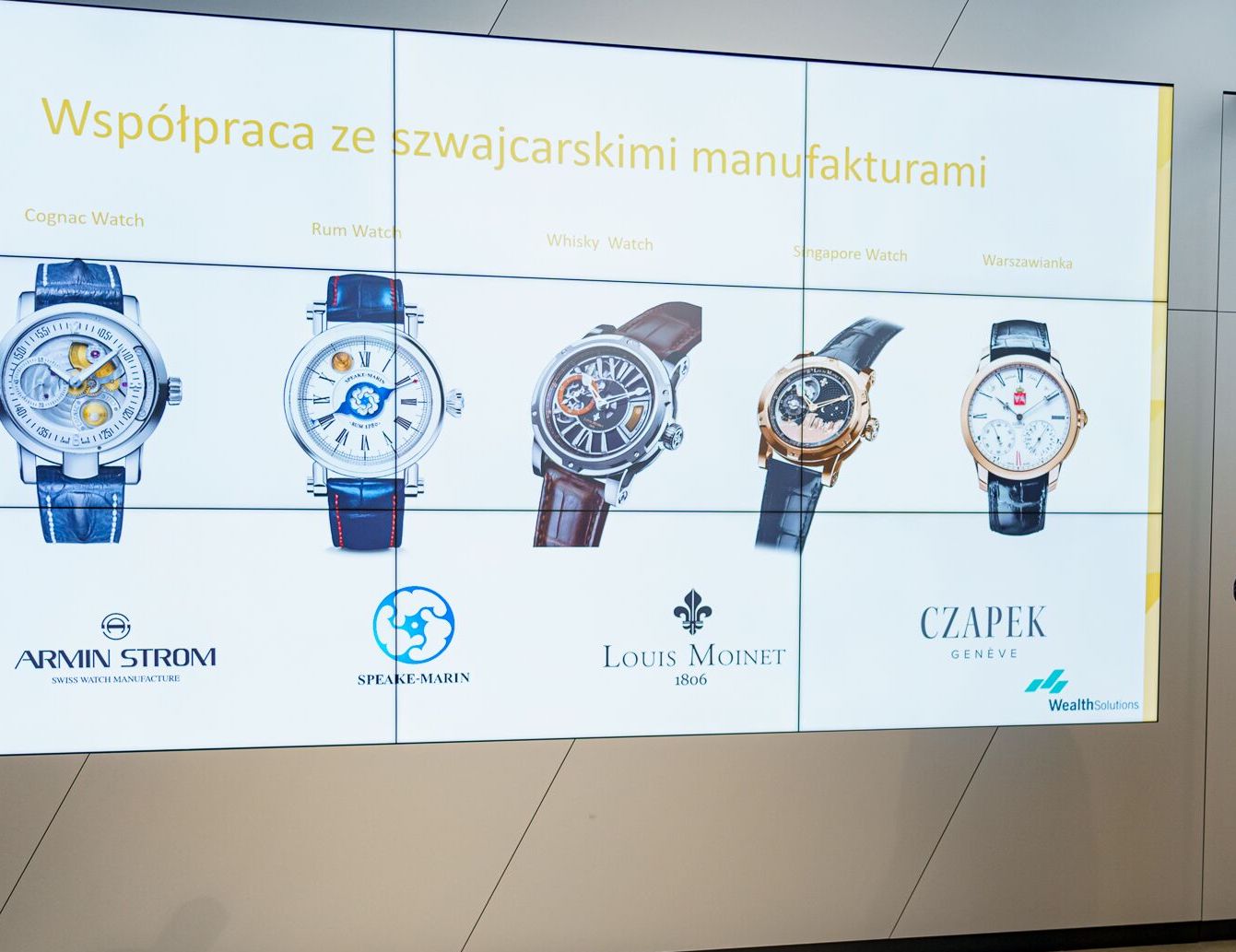 Wealth Solutions has had endeavors in the watchmaking world before, most notably with its Spirits collections, wherein the brand teams with watchmakers and encapsulates rare spirits into a vial that is placed in the watch. Versions include the Rum watch with Peter Speake-Marin, the Whiskey watch with Louis Moinet and the Cognac watch with Armin Strom.