Ho Ho Ho and a Bottle of Rum .. Or a Peter Speake-Marin, Wealth Solutions Rum Watch with Rare 1780 Harewood Rum 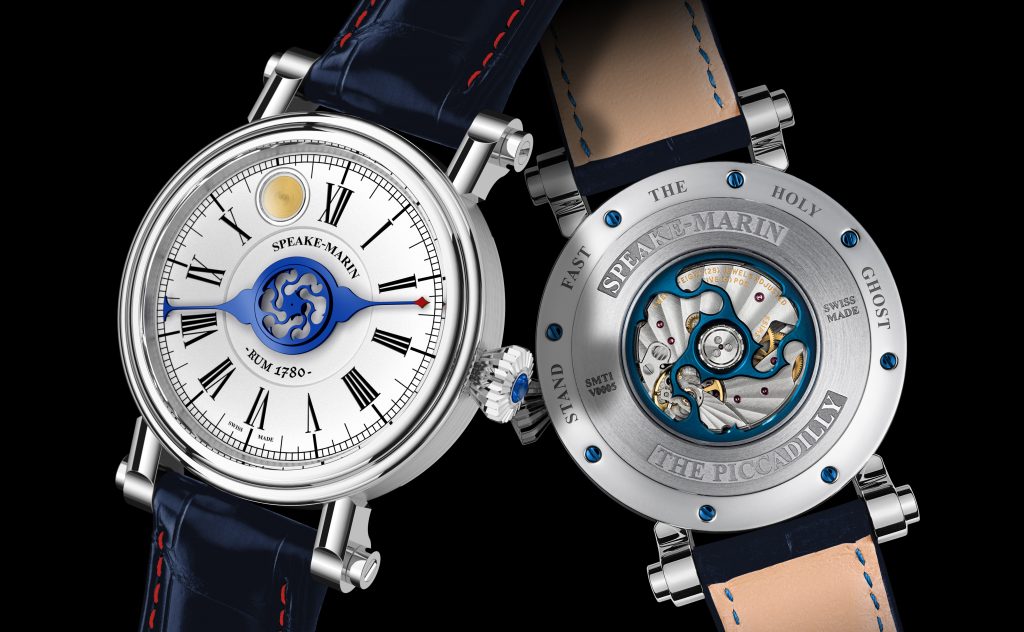 Peter Speake-Marin Rum Watch in titanium, with rare 1780 Harewood Rum in it.

Rum lovers take note: Wealth Solutions unveils the watch that you just may want to drink, as well as wear: Peter Speake-Marin’s Rum Watch– made with the oldest rum in the world, 1780 Harewood Light Rum. On our Perfect Timing column on Forbes.com today, we introduced the world to this new Peter Speake-Marin Rum watch, made with Wealth Solutions, procurers of rare spirits. The watch is the second in a new line of Spirit Watches that Wealth Solutions began earlier this year with the unveiling of the Armin Strom Cognac watch. While that watch housed rare and expensive cognac, this new Rum watch features a capsule filled with the rare1780 Harewood Rum. 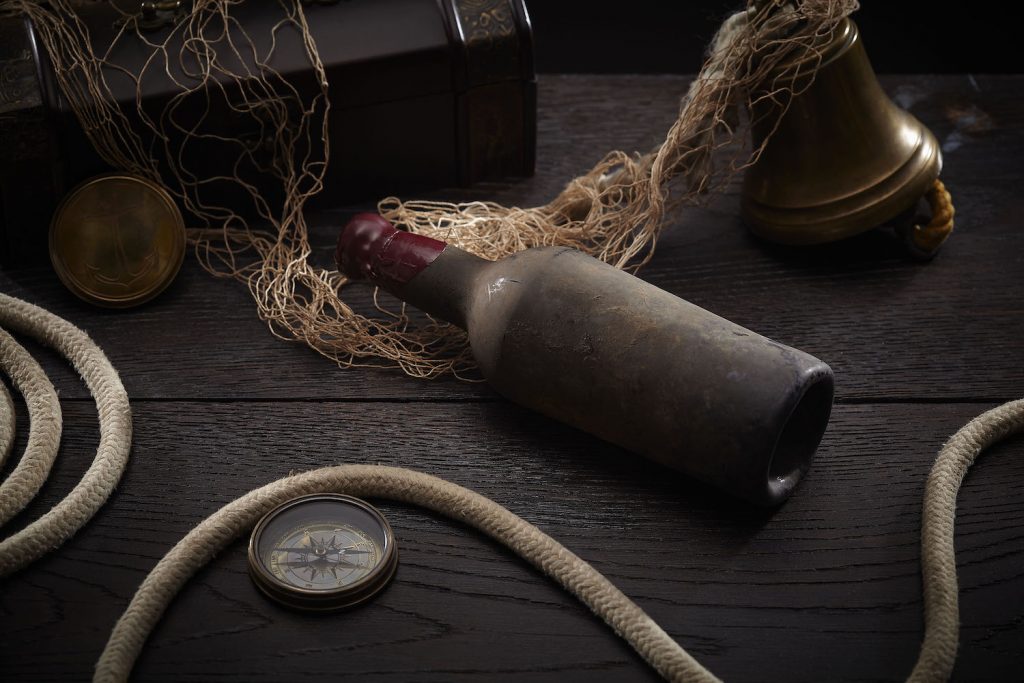 The rum was carefully curated by Wealth Solutions — an expert in rare works of art and in rare alcohol. The 1780 Harewood has roots dating back  to the 1600’s when Europeans were colonizing new worlds.  The Lascelles family set out to make a fortune in the West Indies and had a fair business in cotton, tobacco, sugar and rum.  In Barbados, in the early 1700’s the family continued to expand and the Harewood House — built to create rum — was born — making it the oldest known rum in the world.

It would be more than a century later, in 2011, that descendant Mark Lascelles and a colleague discovered ancient bottles on dusty shelves in a back cellar. The bottles found their way to auction. Twelve were sold in 2013, with six bottles of light rum going for about 25,000 Pounds and each of the bottles of dark rum selling for 7,000 Pounds.  A year later, the last 16 bottles were sold at auction for more than 100,000 Pounds — making the Harewood Rum not only the oldest, but also one of the most expensive in the world. With that history, it makes sense that Wealth Solutions would turn to 1780 Harewood rum for the new collaboration. 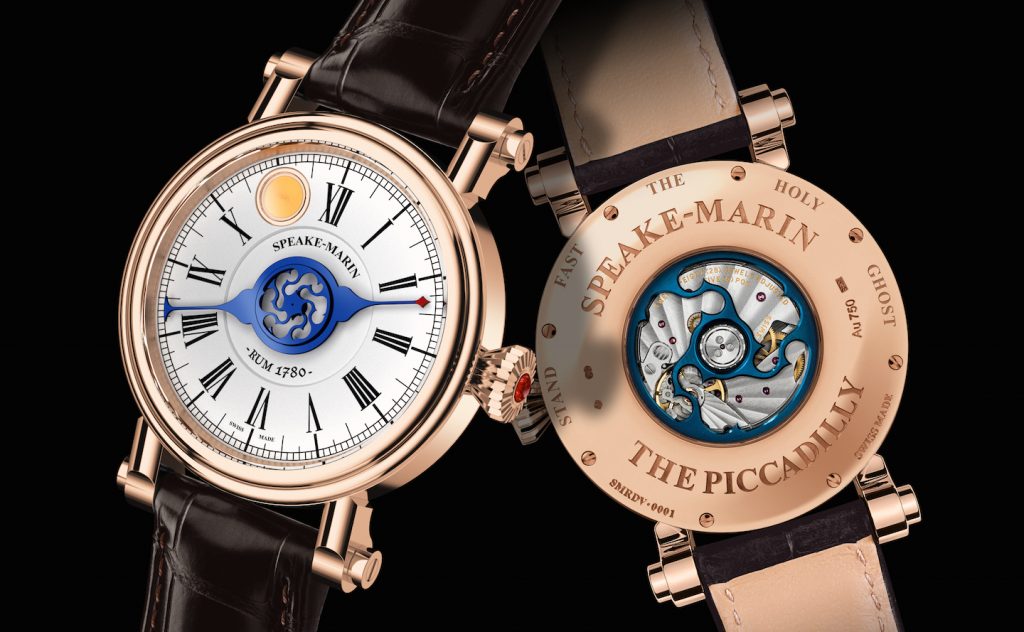 The Rum watch will be made in a limited edition of 100 pieces, and offered in either titanium or rose gold

The bottle that Wealth Solutions is using was bought  purchased at the first Christie’s auction by Hedonism Wines of London. Wealth Solutions purchased the bottle of Light Harewood Rum from Hedonism for about $17,350. The 1780 Harewood Rum bottle will be opened in a ceremony later this month, and drops will be placed into separate vials for placement into the tiny vial that will be embedded into the watch dial. This is the same process Wealth Solutions followed when working with Armin Strom on the Cognac watch, which you can read about here.

I have known Peter Speake-Marin for years (more than i want to admit) and this cooperation seems to be exactly on target for him. It matches his playful spirit, his British background and his marine-watchmaking roots.

“Rarely does a project emerge that links as laterally with the original roots of work as this one. My designs have a root in early marine chronometry, an association with the sea and navigation, the rum watch associates with the a story of a sailor’s tradition which fits beautifully and literally inside the Piccadilly case,” says Speake-Marine.

Following the pouring of the rum, the watches — just 100 in total — will be made later this summer. The Peter Speake-Marin Rum watch is based on Peter Speake-Marin’s Valsheda / J-Class collection of watches in his well-known Piccadilly case. It is being sold for $17,600 in titanium and for $35,200 in gold — only via Wealth Solutions. The watch will be powered by a Vaucher 3002 automatic movement, customized by Speake-Marin. The crown will be set with an aquamarine cabochon for the titanium version of the watch, and with a rubellite for the gold version). The watches are currently in pre-sale at Wealth Solutions. 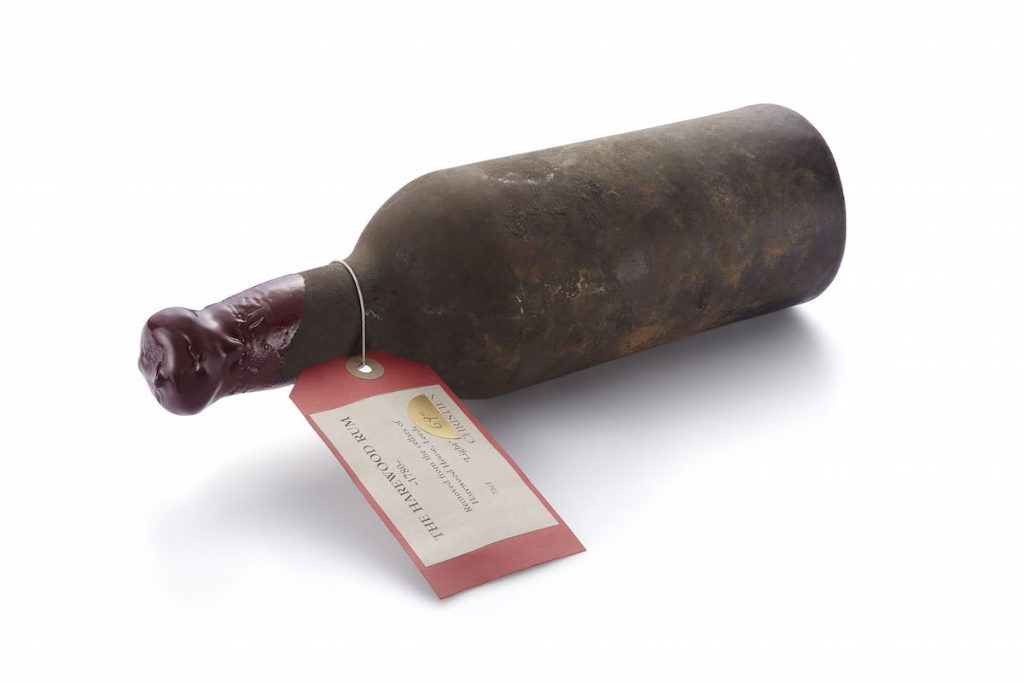 The bottle of light 1780 Harwood rum was acquired by Wealth Solution for just over $17,000