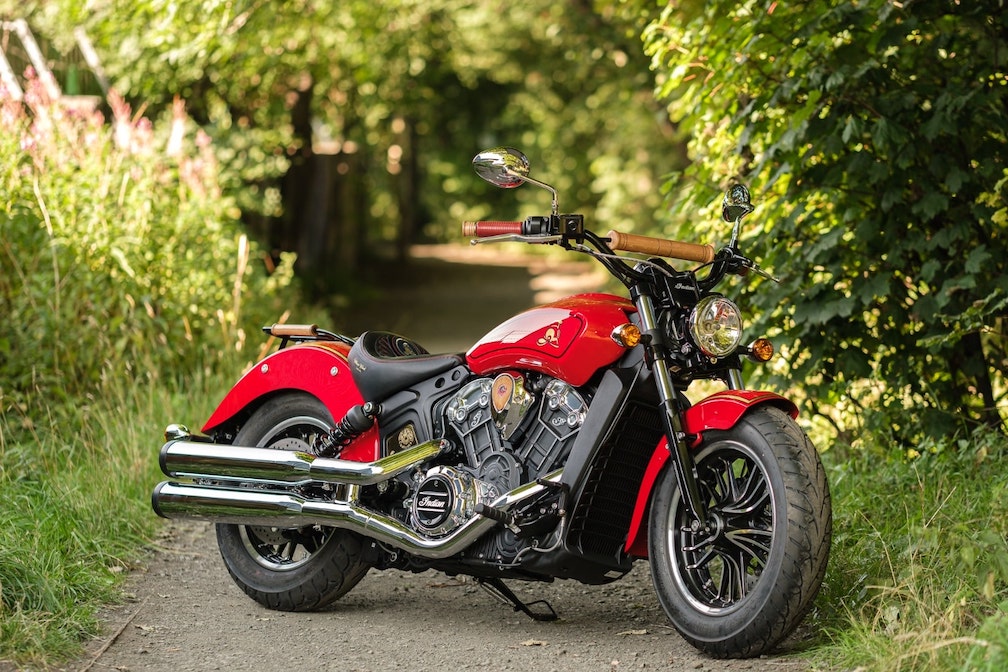 William Wood teams with Saltire to create and auction a custom-made Indian Scout motorcycle to benefit fire fighters and their families.

Starting next week, on April 20th, to be exact, motorcycle lovers and supporters of first responders have a wonderful opportunity being presented by William Wood watches. The British brand, which makes timepieces that benefit firefighters and that feature recycled fire hoses as straps, is partnering with Saltier Motorcycles in Scotland to auction a custom-made motorbike with accents from William Wood. Just 300 tickets for the Indian Scout bike will be sold (each retailing for $130.18) and all of the proceeds go to the Fire Fighters Charity in England.

William Wood was founded by Jonny Garrett and was named for his grandfather – a first responder who served in the British Fire Service for more than 25 years. Wood was a first responder in the Newcastle & Gateshead Fire Brigade and even received a Certificate of Merit, along with three fellow first responders, in June of 1966 after saving five children under the age of five in a house fire while he was on the Blue Watch (one of four shifts, including red, white and green, in the UK firefighting system). It was Garrett’s decision   to honor his grandfather’s heroism and the bravery of first responders everywhere when he opted to launch William Wood. A portion of the proceeds of the sales go to benefit these first responders who put their lives on the line every time they answer a call. 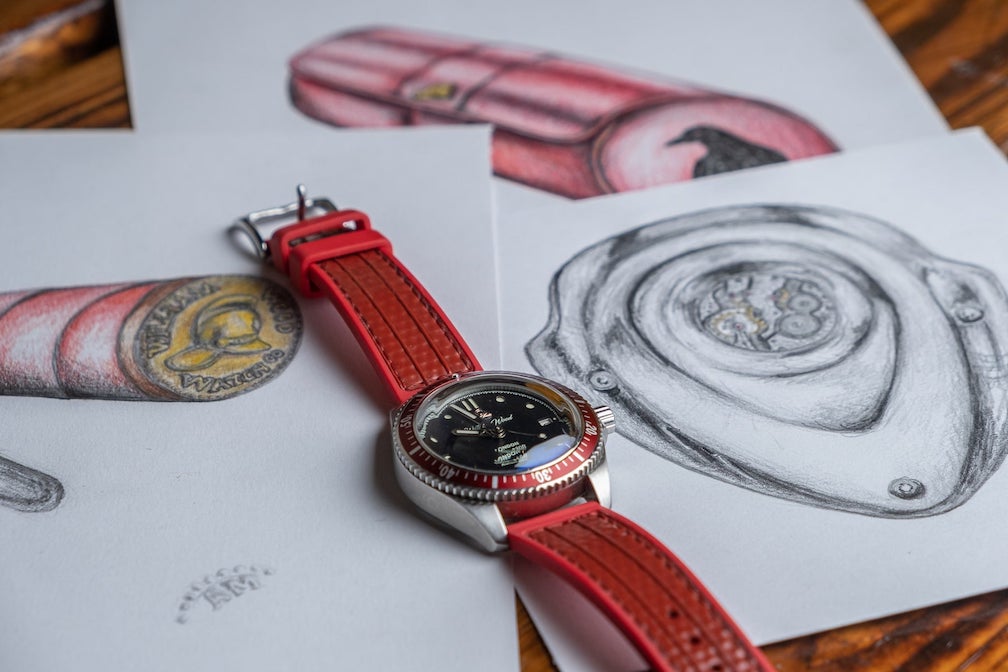 William Wood teams with Saltire to create and auction a custom-made Indian Scout motorcycle and a William Wood watch to benefit fire fighters and their families.

The ”Always Ready” collaborative fundraiser witnesses the first time William Wood has worked with a motorcycle company to  customize a bike, complete with watch parts and other elements. The glass metallic fire-engine red Indian Scout, liquid-cooled 1133CC 94-horsepoer V-Twin motorcycle boasts a hand-stitched leather seat that incorporates a fire hose, and a diamond for each of the children William Wood and his colleagues saved. The hand grips are also made from upcycled British fire hose and the handlebar ends are  finished in bespoke wood with a 1920’s William Wood coin set into it.

The one-of-a-kind motorcycle will be auctioned with a William Wood Bronze Ruby watch that can be clipped into the bike. Saltire is also offering free riding lessons, theory and practical instruction at its Edinburgh facility in Scotland. The winner of the motorbike will be announced on May 4, 2022,  International Fire Fighters Day. 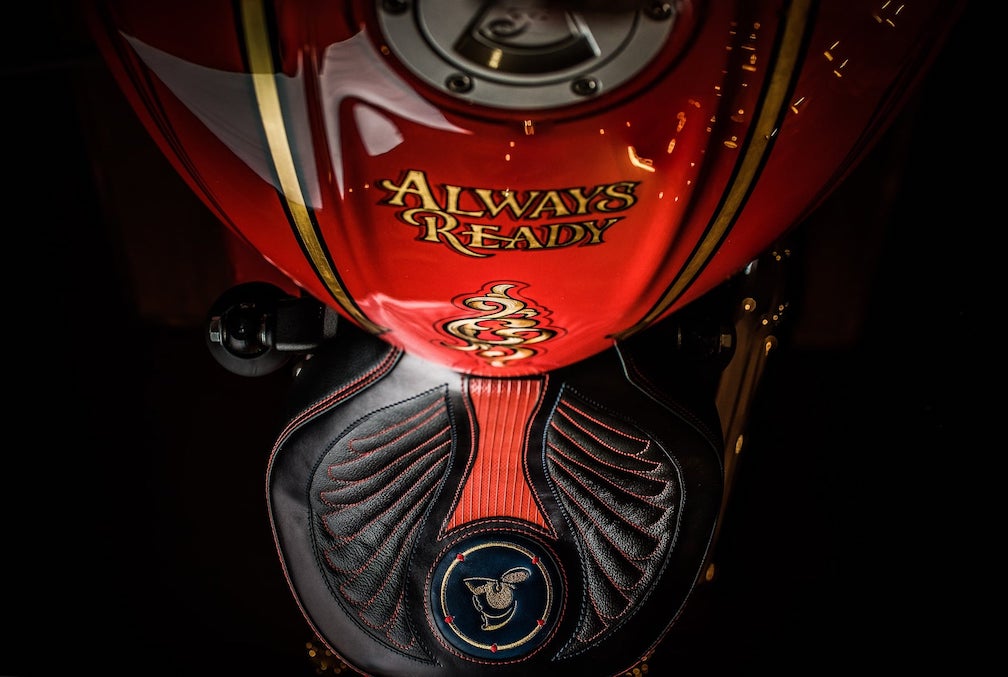 The partnership boasts a host of synergies. The first ever municipal fire brigade in Britain was established in Edinburgh in 1824 by James Braidwood, who then went on to establish the London Fire Engine Establishment in 1833.  To register/purchase a ticket, visit this page.

Details fo the ticket purchase, drawing and receiving of the motorcycle if you are the winner:

The announcement of the bike winner happens in Edinburgh on the 4th May (International Firefighters Day) by the Deputy Chief Fire Officer of Scotland. William Wood will live stream it through Instagram live. If the winner of the bike is from the United States, William Wood will cover the cost of shipping to any UK port, and the remaining cost of shipping must be covered by the winner. As an example,  shipping the bike from the UK to New York and it would cost the winner approximately £1,500, which is pretty great price after winning a £30,000 Motorbike. 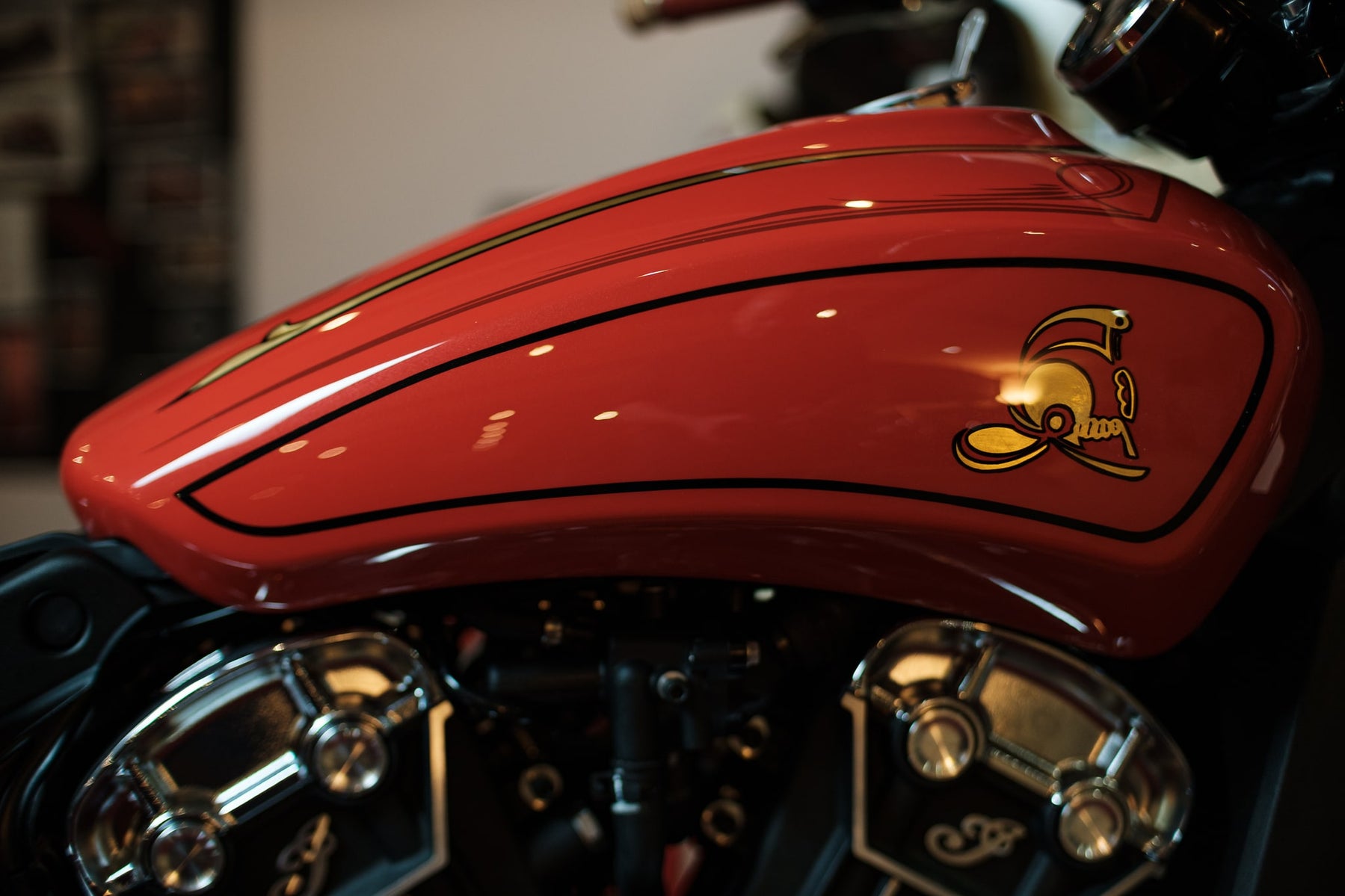