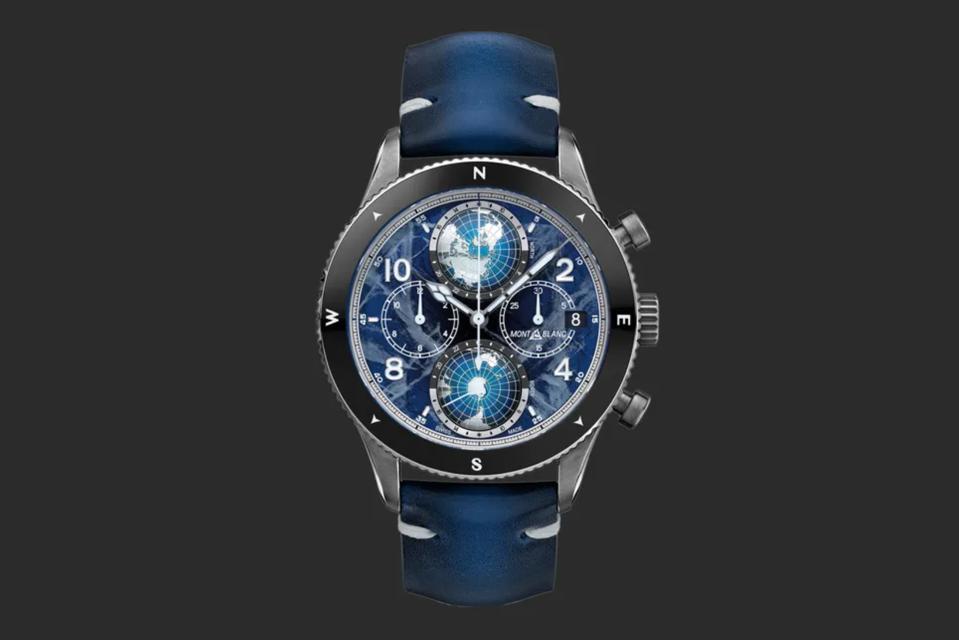 There were a host of “firsts” unveiled last week at the Watches & Wonders Geneva 2022 exhibition in Switzerland. Among them: Montblanc, whose 1858 Geosphere Zero Oxygen watch is the first timepiece to be encased in an oxygen-free environment. The watch will be real-life tested in an ascent of Mount Everest on the wrist of mountaineer Nimsdai Purja beginning in May.

The Everest ascent by Purja, an ex-Gurkha, will be done without the assistance of supplemental oxygen. The Zero Oxygen watch is also oxygen free. It is cased in a vacuum compartment by Montblanc’s watchmakers to ensure no oxygen gets inside the case, which can affect the movement. According to Montblanc, if there were oxygen inside the case, the watch could fog as the climber makes the extreme ascent into frigid temperatures and drastic altitude changes. With no oxygen inside the case, fogging is eliminated.

Additionally, the movement experiences decreased oxidation so the parts will last longer, and the special oils used inside the watch can perform at temperatures below 50 degrees Centigrade. The overall result is a watch that is more accurate and free of the stresses oxygen could cause.

The automatic watchhouses a new MB 29.27 chronograph movement with world time indication. It also offers a 24-hour scale, day/night indication and turning Northern and Southern hemisphere globes. It is equipped with a  bi-directional ceramic bezel with compass cardinal points on it. The blue dial is meant to emulate the glaciers and was created using an old technique called Gratte’ Boise to accomplish the textured affects.

The case back features an image of Mount Everest created using a laser engraving that is enhanced with colors thanks to a laser-generated oxidation process. The level of oxidation applied determines the depth of color, making each one almost unique. 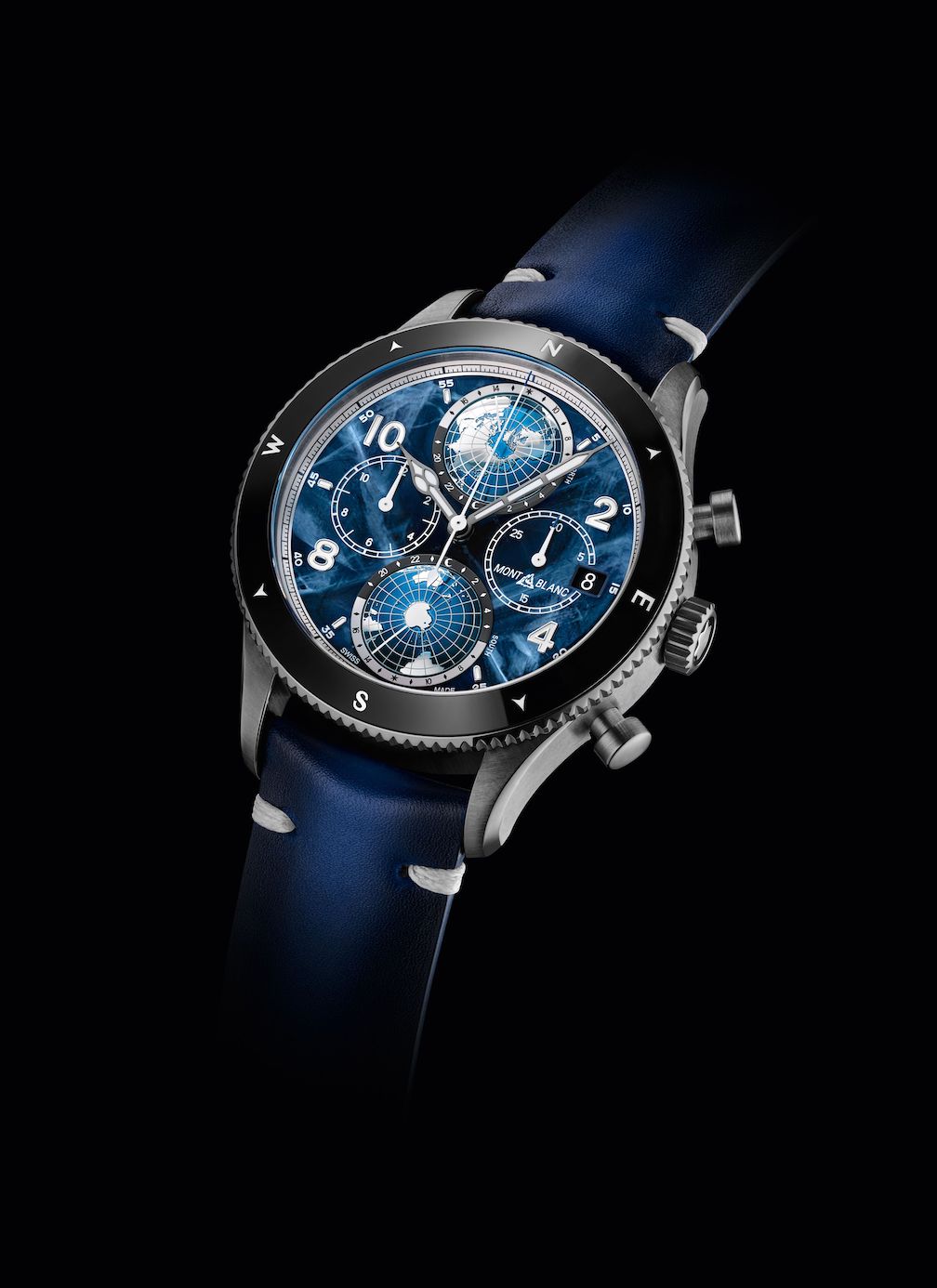 Montblanc 1858 Geosphere Zero Oxygen watch shown at Watches & Wonders Geneva 2022 is being built in a limited edition of 290 pieces.

The 44mm watch is made of ultra-lightweight titanium because there are definitive equipment weight minimums when climbing. The watch is tested to Montblanc’s 500 Hours standards and is certified for passing all stringent tests. However, this real-life test is the ultimate testament to the watch’s ability to endure and be precise under such conditions.

Just 290 pieces (inferencing the 29,031 feet that Purja will climb) of the 1858 Geosphere Zero Oxygen watch will be made and each is sold with a Zero Oxygen certificate attesting to the fact that it was encased in an oxygen-free environment. The watch retails for $8,600.

Nicolas Baretzki, Montblanc’s Global CEO, said the relationship with climbing underscores the brand’s willingness to push limits.  “We have three key pillars in our strategy, which include  differentiating ourselves with innovate and distinctive elements.”

It should be noted that this is not Montblanc’s first foray into the world of extreme mountain climbing. A couple of years ago in 2020 , the brand partnered with legendary mountain climber Reinhold Messner and created the1858 Geosphere named in his honor. Among other notable achievements, Messner was one of the first to climb Mount Everest without the assistance of supplementary oxygen in 1978.