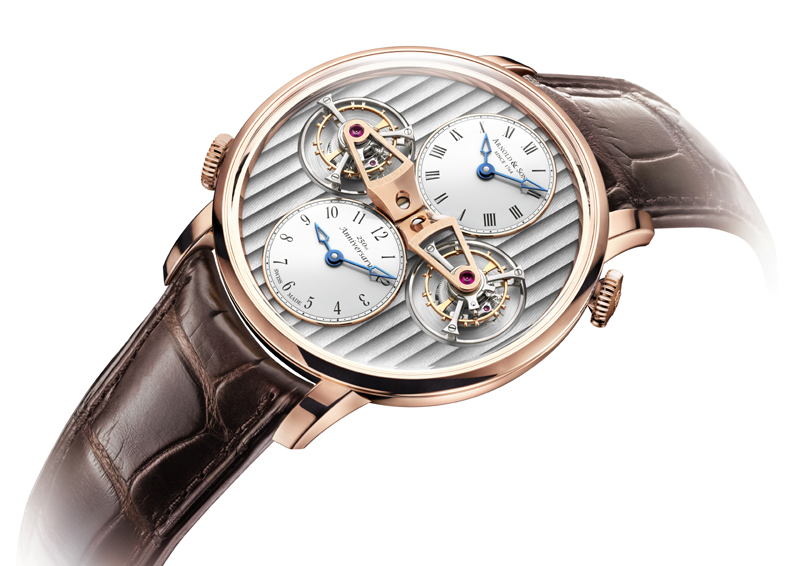 Arnold & Son is brand that just doesn’t get its due. This haute horlogerie, British-born watch company is superbly rich in innovation and invention, and yet, for some reason, especially in the United States where it sells to just a handful of knowledgeable jewelers, it just isn’t top on anyone’s mind when thinking of haute horology. But it should be. This brand – with a Manufacture in Switzerland – has some really superb timepieces on the market – including some world’s firsts. What’s more, Arnold & Son is not just a me-too brand. In its workshops it builds nearly a dozen proprietary movements that power its incredible stable of watches.

Among the powerhouse timepieces being introduced this year is the new DTE: Double Tourbillon Escapement Dual Time watch.  This watch, being released to the world at the upcoming BaselWorld 2014 watch exhibition, celebrates the brand’s 250th anniversary. Today, we bring you a sneak peek at the DTE and we give you an insider’s view of Arnold & Son. 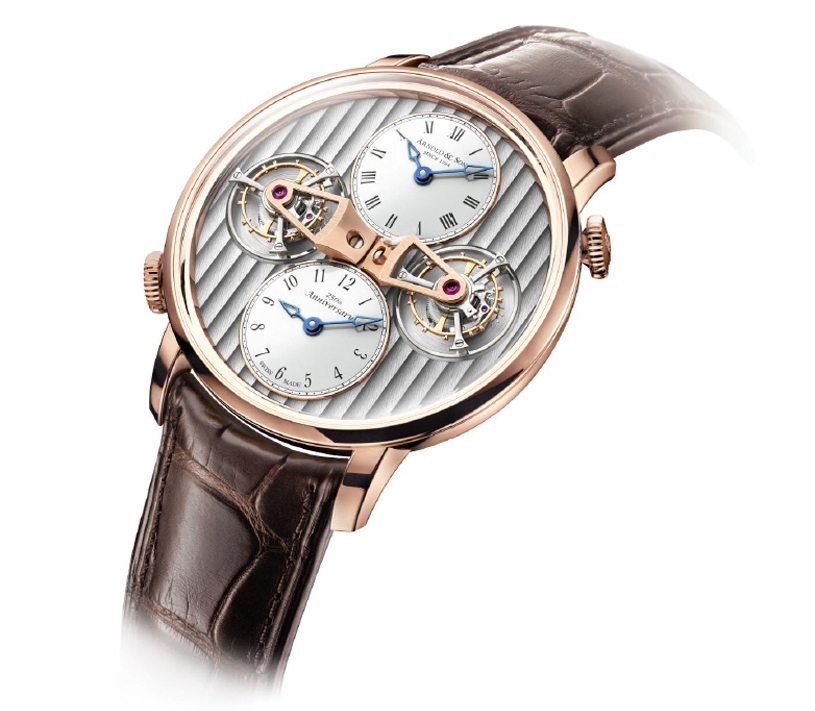 The DTE houses the in-house made movement, as do all of the watches in the Instrument collection.

First, to the DTE.  This watch, part of the brand’s Instrument collection, is a deft blend of mechanical prowess and aesthetic symmetry. Powered by the all-new mechanical hand-wound Calibre A&S8513, this watch recalls the centuries-old tradition of double movements.    It features two separate time zone displays — each of which can be set independently from the other thanks to dedicated setting mechanisms. In fact, the dual time indication – displayed by two different dials – is offered in hours and minutes for both zones. The time is set for each independently   – thereby enabling the wearer to have precise time in zones that differ from Greenwich Mean Time by quarter- or half-hour increments. Each has its own gear train and its own tourbillon escapement (one each at 3:00 and one at 9:00).  The double barrels of the watch offer a superb 90 hours of power reserve. The caseback is transparent sapphire for viewing the meticulously decorated nickel-silver movement.

Now, we would like to address the argument we usually get from watch lovers when we talk about Arnold & Son: W

brand claims to be 250 years old, it is not a brand that has been continually produced throughout that time. OK, we give you that. But its rich history cannot be ignored, and it is on its founding philosophy of top-quality craftsmanship and invention that the brand continues to build its own movements and watches in house.

No one can argue with the name John Arnold. Born in 1736, this precision watchmaker was responsible for many inventions, including creating the smallest repeating watch ever made (presented to King George III),  holding patents for a detent escapement, bimetallic balance and helical balance spring, and building the first timepiece to be called a chronometer.  He addressed the issues of longitude and worked closely with his friend Abraham-Louis Breguet.  Today, Arnold & Son strives to preserve that innovative past and offers an impressive collection of sophisticated calibers and equally as sophisticated timepieces. 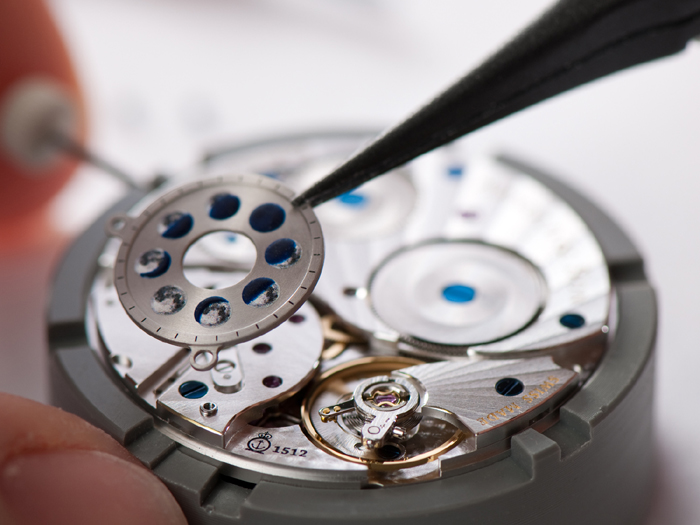