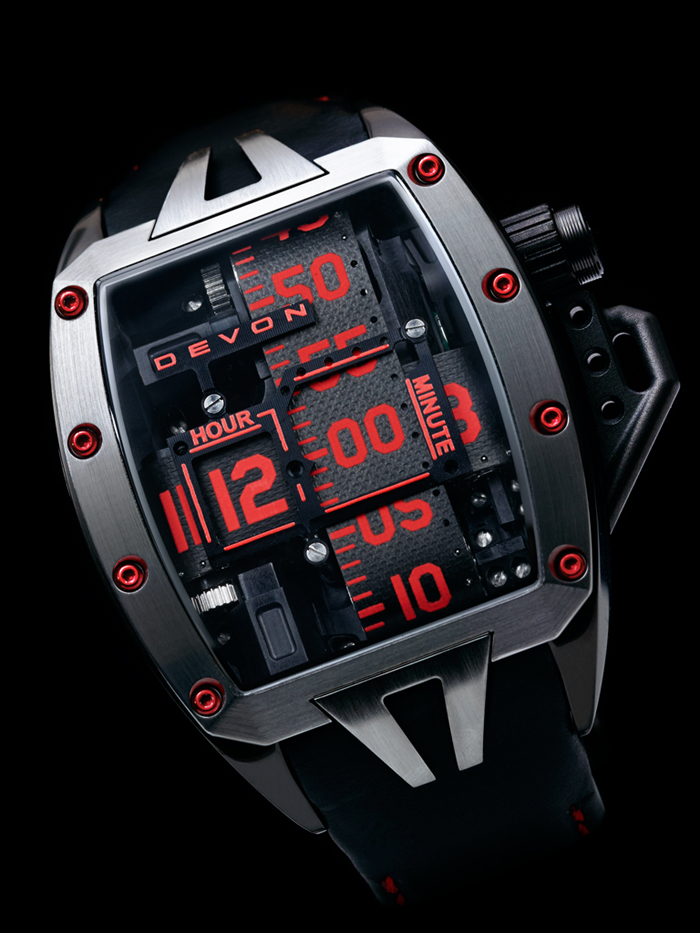 We’ve written about them a few times before here, and even previewed one of their first watches in an off-the-cuff Video piece (see that video here). In fact, Devon Works LLC is a company especially close to our hearts – as it is made in America. Scott Devon, founder of the brand, created a lab in LA dedicated to creating innovative products with an American spirit. First designed was the exclusive Devon GTX supercar. The car was followed by the impressive line of Tread timepieces – distinguished by their revolutionary mechanics and looks. 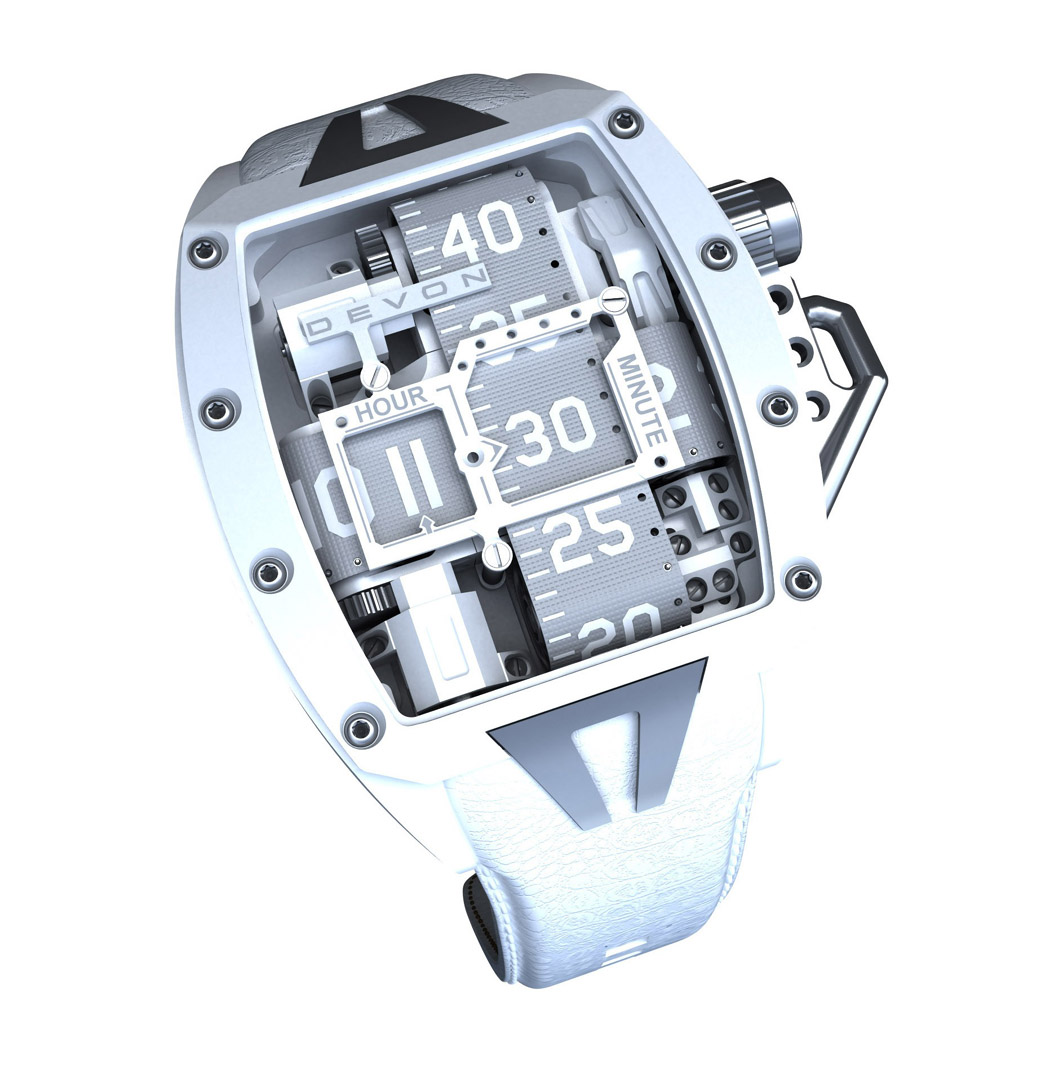 Now, Devon Works continues to unveil Tread 2 models that surprise and delight. Last year the brand released the Murder, Shining and Nightmare watches with bold red parts. This year, it follows that up with Bloody Mary and Ghost (and also a model called Starry Night).  Bloody Mary is created in steel and black DLC with the signature red accents. The bold 42mm watch features black Time Belts© with red numerals made from glass reinforced nylon.  The lithium polymer rechargeable battery (charged via an inductive wireless system) lasts up to 28 days on a single charge.  The Devon Ghost features a solid ceramic case and bezel with a titanium crown, screws, caseback and clasp. The ceramic is white to exude a ghostly appeal, while the clear anodized movement reinforces the concept.  The watch features cool gray belts with white numerals and is water resistant to 10 meters.  Ghost is more illusive, and has not yet been priced, butt should sell for around $15,000. Bloody Mary retails for $9,950.