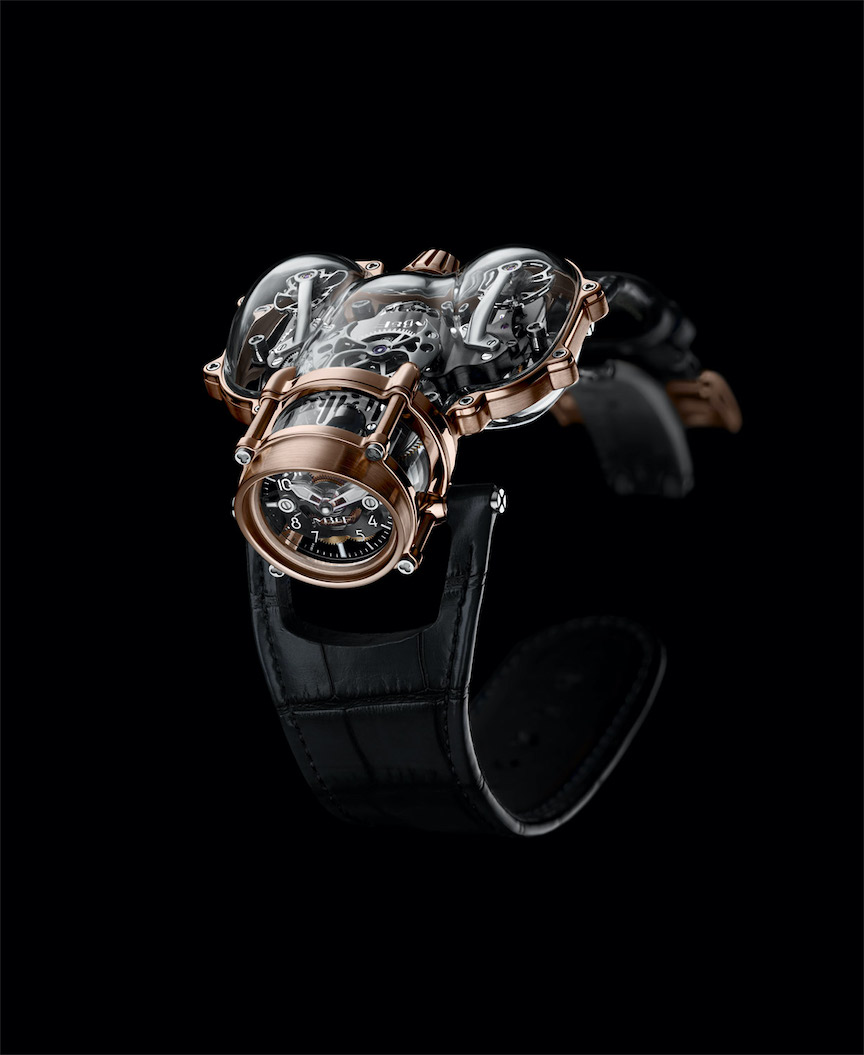 Take one look at the new MB&F Horological Machine No. 9 Sapphire Vision watch and you will probably do a double, or even triple take. Of course, the three-dimensional aerodynamic MB&F watches usually have this effect, but this one is a bit different. Depending on if your mind is in the gutter or not, this newest watch is an incredible phallic symbol. Was MB&F looking for that impression? Probably not, but they had to see the resemblance.  Of course, a lot depends on the angle at which you view the watch.

From certain angles, the MB&F HM9 Sapphire Vision watch looks exactly like what it is supposed to: a high-tech aerodynamic mechanical work of art. The first HM9, nicknamed Flow, was unveiled to the world in 2018 and was a tribute to the automotive and  aeronautic designs of the 1940’s and ‘50’s. The movement inside was one of the most beautiful  ever created by the brand, according to founder Maximilian Busser. So, the natural extension was to case the caliber in transparent sapphire. Hence, Sapphire Vision. 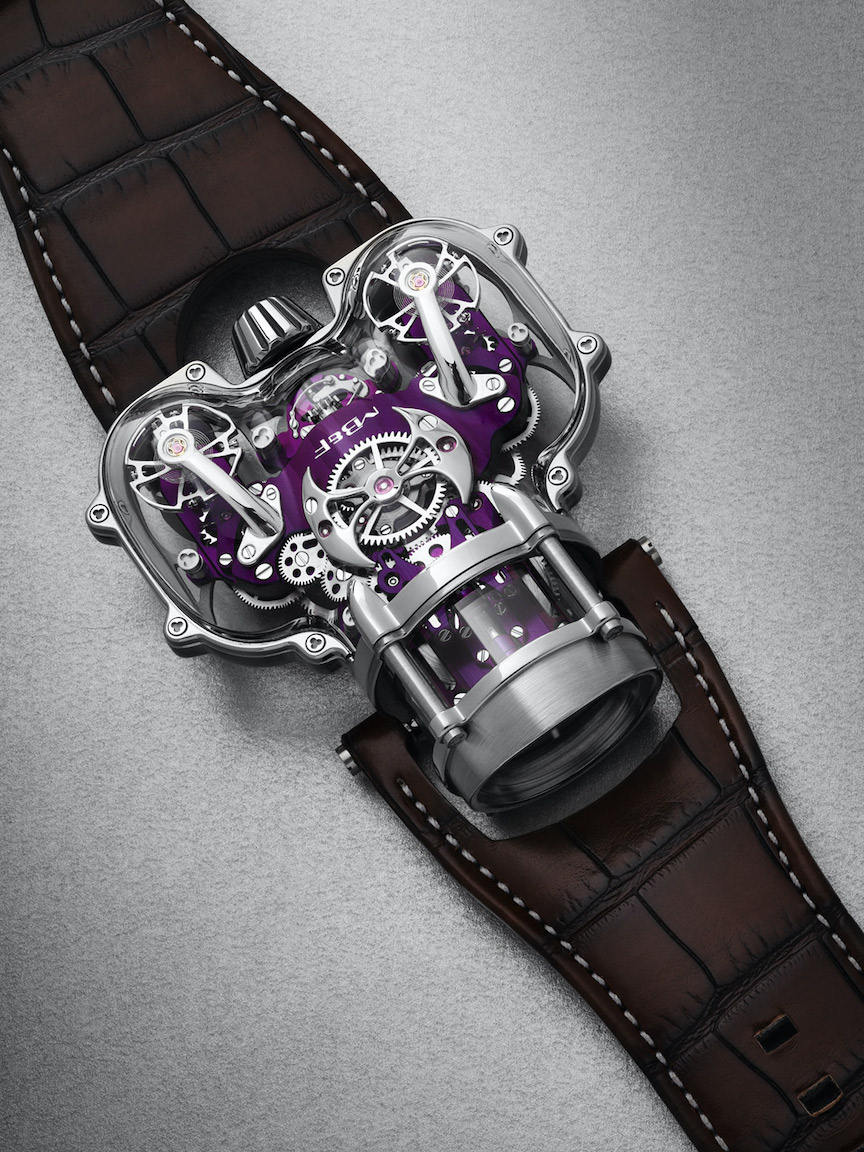 The MB&F Horological Machine No. 9 Sapphire Vision watch is created in four versions.

The sapphire case, melded with precious metal, is created in three curved and bubbled parts and is sealed with a patented 3D gasket and the crystals are then fused with the metal using high-tech bonding. This renders the watch water resistant to 30 meters. Two independent balances  are visible in two conical shaped bubbles and the hour and minute indications are at the front of a long cylindrical tube. The watch is a driver’s watch, so that the time is read from the side, rather than the top, to make looking at the time while driving easier. 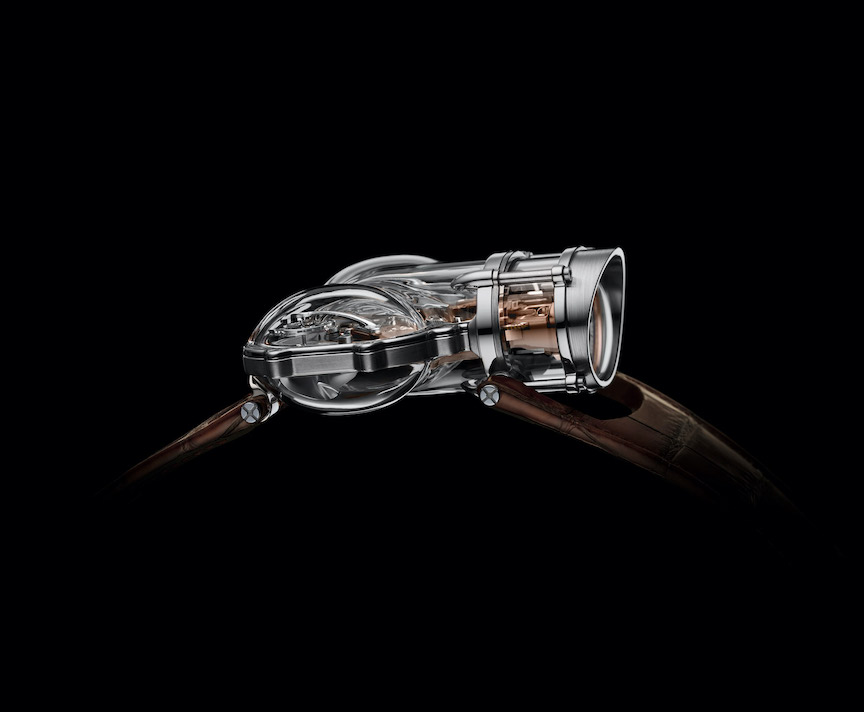 The 3D engine of the HM9-SV features constantly moving and spinning turbines and a host of other mechanical wonders that mesmerize the wearer, as well as onlookers. It is equipped with a new shock-absorption system, as well, that features helicoidal springs that are crafted by laser in stainless steel and then placed between the movement and the case to limit lateral displacement and offer great elasticity. The planetary differential, the gearbox of the caliber, averages the time measurement from the two balances and delivers the final time indication on the dial.

MB&F HM9-SV will be made in a total of 20 pieces, five of each version.

The MB&F HM9 Sapphire Vision is being offered in four editions, of just five pieces each. Two feature an 18-karat 5N rose gold frame with either an NAC-coated black or PVD-coated blue engine. Two are crafted in 18-karat white gold with either a  PVD-coated purple or a red gold-plated engine. Each retails for $440, 000. 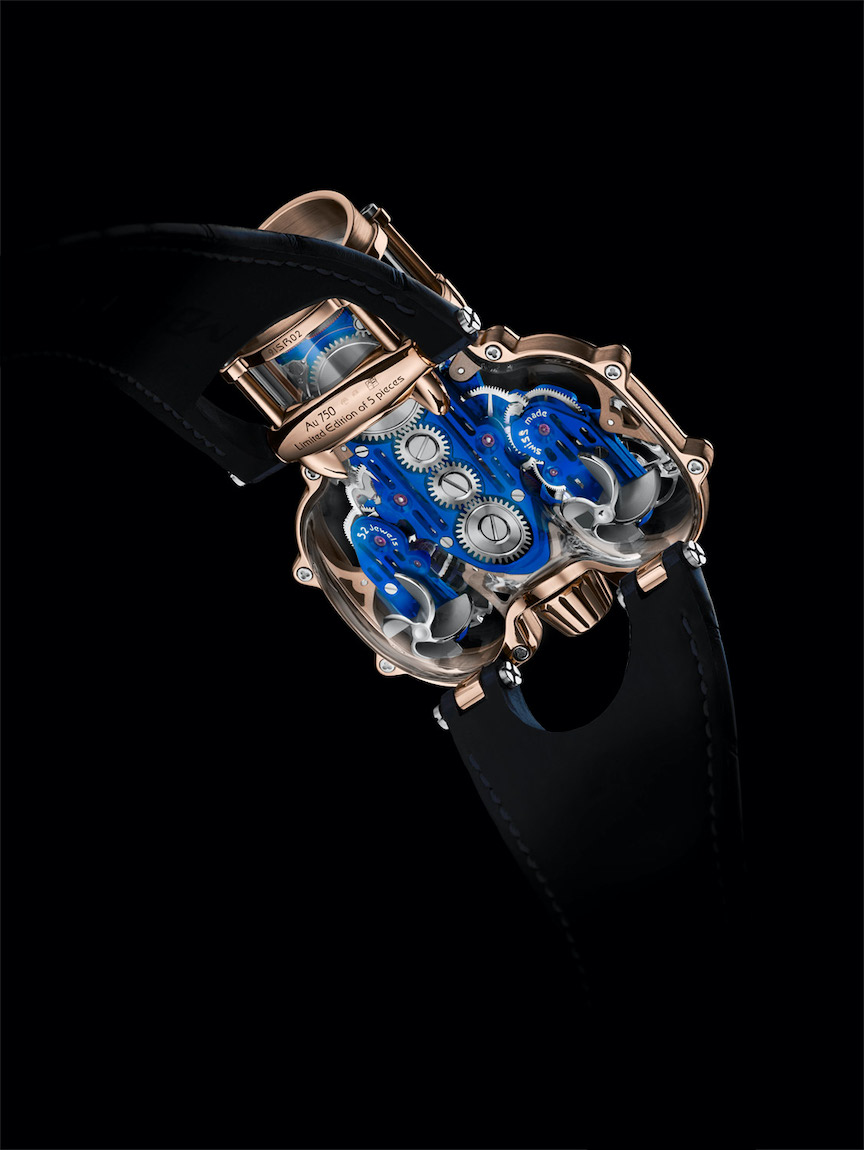 Technical Specs of the MB&F Horological Machine No. 9 Sapphire Vison

Also inside: Dual spherical turbines under the movement, Shock-absorbing helicoidal springs linking the movement to the case. 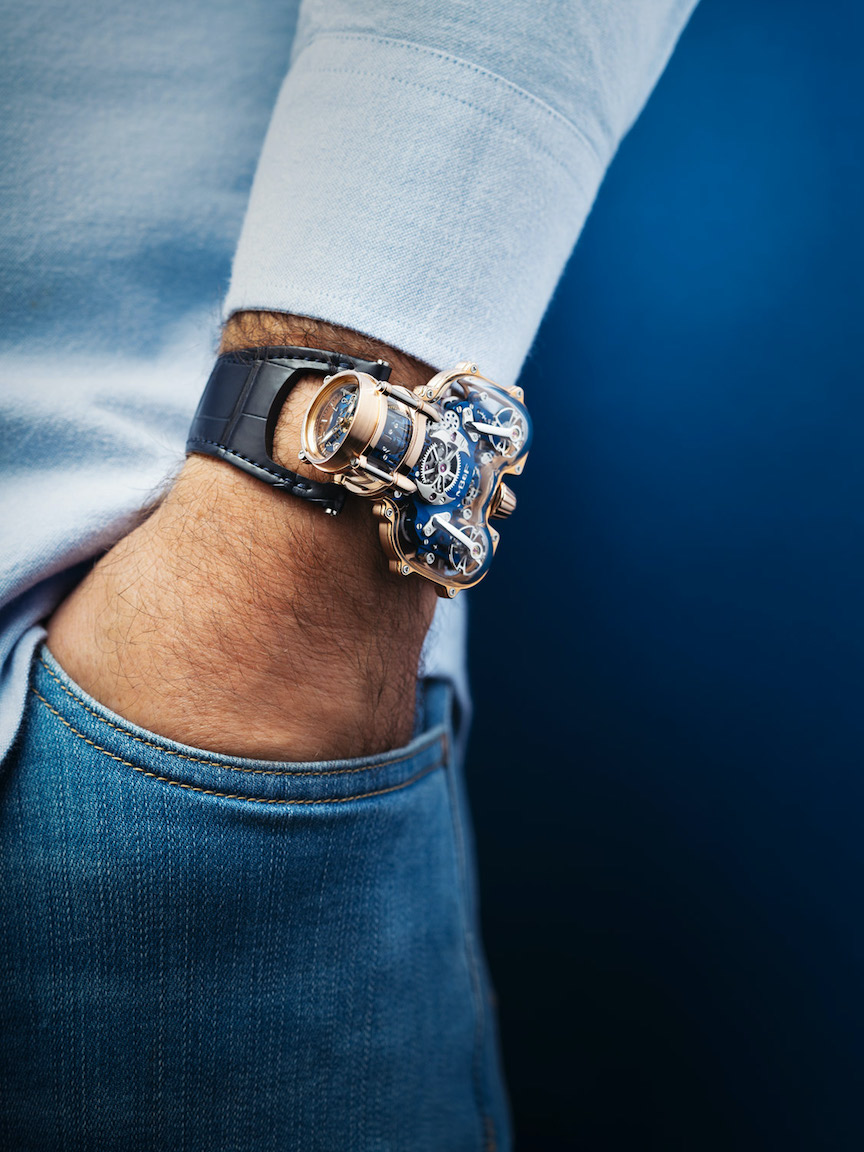 I Went To The Seaglass Rose’ Experience With Corum, Here’s What Happened
January 27, 2021