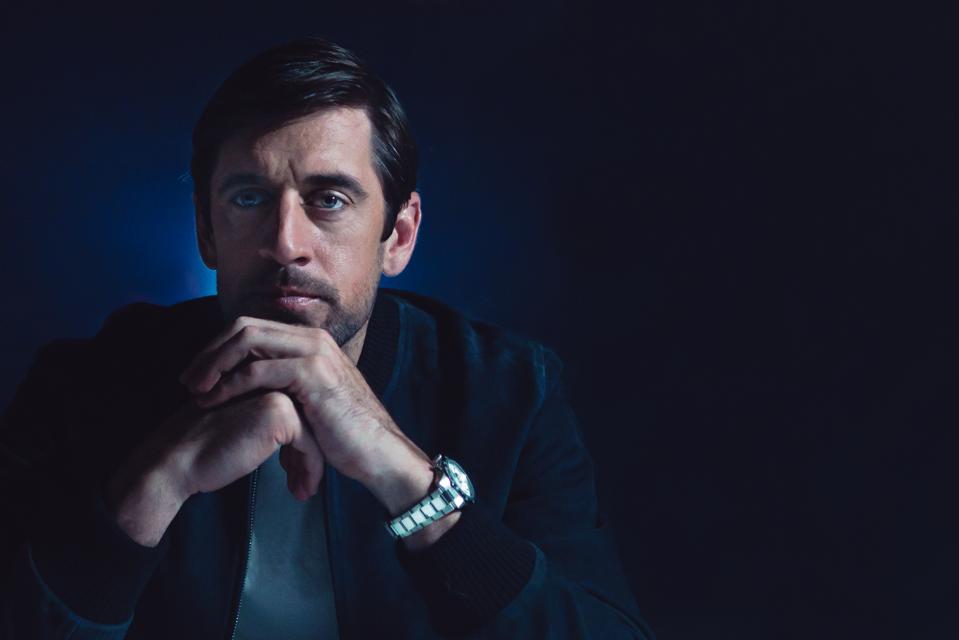 Last weekend in football was a tough one as the last of the teams battled it out for a place in the Super Bowl. Green Bay Packers, led by quarterback Aaron Rodgers, fell short — allowing the Tampa Bay Buccaneers led by quarterback Tom Brady (a brand ambassador for IWC) to go all the way to the Super Bowl against Kansa. But Rodgers didn’t let the loss stop him from other endeavors.  He is now the North American brand ambassador for Zenith watch company.

Zenith made the important announcement of its partnership with Rodgers this week, stating that the brand believes Rodgers embodies its “Time to Reach Your Star” marketing campaign.  With the Packers since 2005, Rodgers wasn’t even a draft choice out of high school but he found a local junior college where he could play. That was where he was discovered by the Packers. Throughout the past 15-plus years, he has persevered, staying true to his passion and quest for precision,  to become the number one quarterback in the NFL. His climb to stardom is what Zenith’s campaign is all about.

“Football is a game of precision,” says Rodgers. “You have to spend time learning and studying. It’s not just running down the field as fast as you can or throwing the balls as far as you can.” 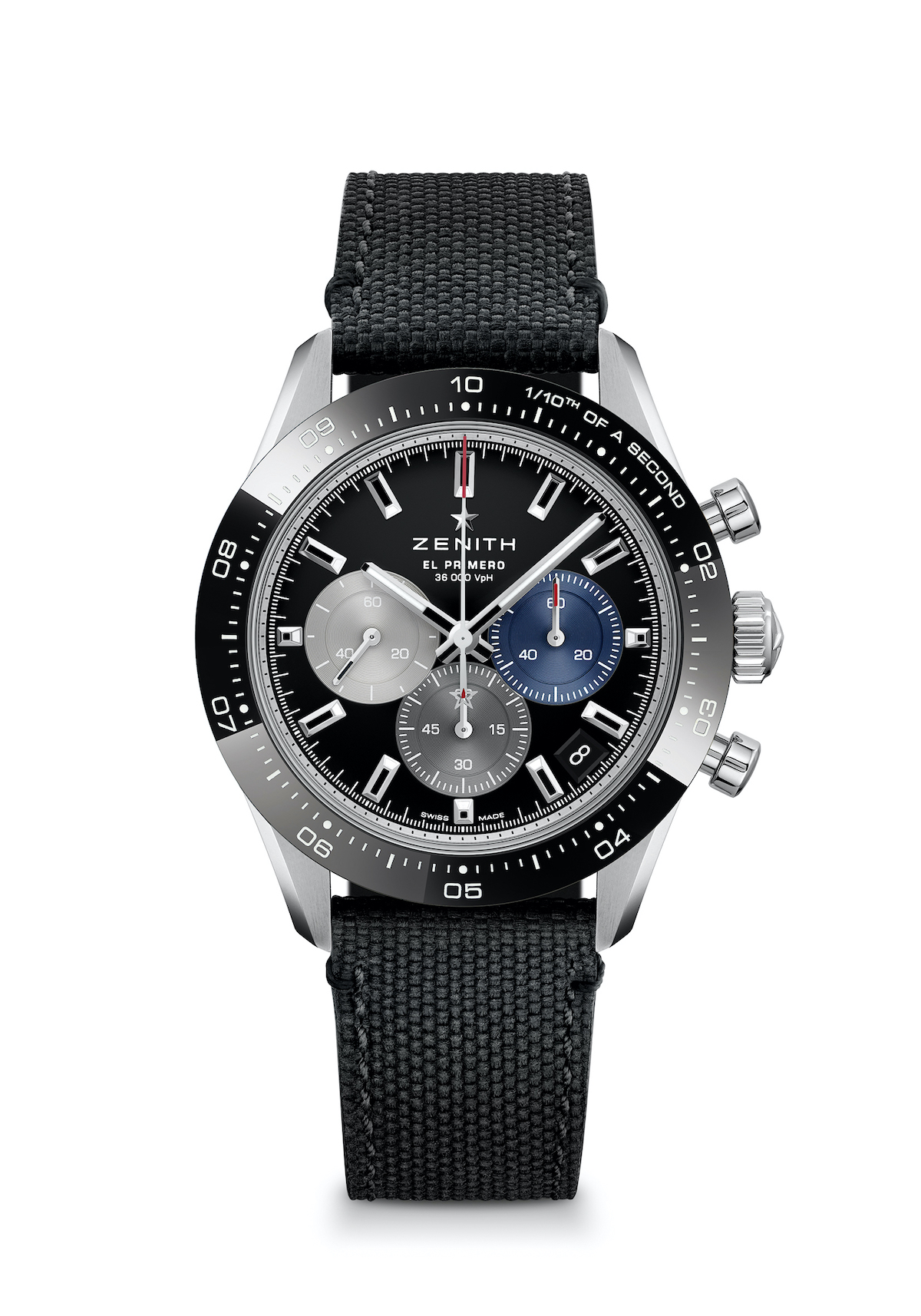 Zenith Chronomaster Sport is the watch that Aaron Rodgers will be the face behind.

For Rodgers, time on the field takes on new meaning because sometimes there are only seconds to find an open player to throw to, or to focus, analyze his options and make decisions. Sometimes, it is as though time stops in his head, giving him clarity. Similarly, for more than 50 years of its more than 150-year existence, Zenith has created the famed El Primero chronograph that times to fractions of a second.

“Aaron Rodgers is undoubtedly a name that will go down in sports history for fundamentally changing the game of football. His focus, determination, and relentless ambition to always outdo himself and lead his team to spectacular victories have made him someone to admire and look up to,” says Julien Tornare, CEO of Zenith.

Rodgers will be the face behind the brand’s newest El Primero Chronomaster Sport watch that times to 1/10th of a second. Its advanced column-wheel chronograph caliber, the El Primero 3600, is a high-frequency movement that beats at 36,000 vibrations per hour. The watch is a world first in that it displays the 1/10th of a second timing on the ceramic bezel. The dial (offered in black or white) is inspired by the original watch from 1969 and features tri-color chronograph registers in bright blue, anthracite gray and pale gray for a vintage-inspired appeal.  The 41mm stainless steel watch was just introduced last week and is offered with either a strap ($9,500) or an integrated steel bracelet ($10,000).

“What really moved me with Zenith is how they’re always working to inspire young men and women to go out there to reach for the stars and turn their dreams into reality,” says Rodgers. We expect to be hearing more from him about time and his relationship with Zenith once the football season is over. 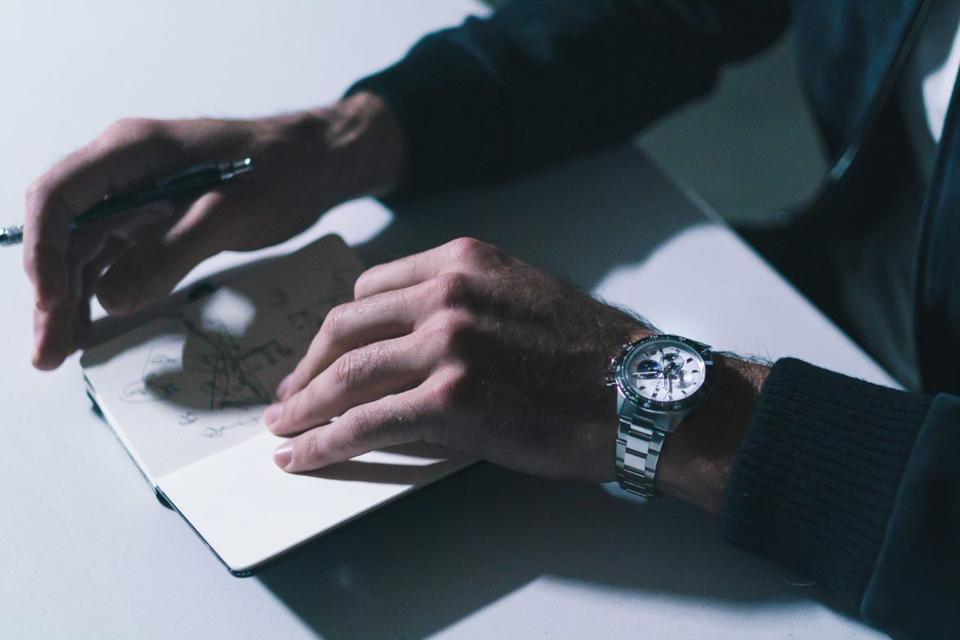 The new Zenith Chronomaster Sport on the wrist of Aaron Rodgers.