To celebrate his rematch with Poirier, whom he knocked out in the first round in 2014 but lost to last week, the Notorious McGregor decided to invest in time. The Astronomia Tourbillon Baguette watch features a huge open sapphire case. It boasts a backdrop of 342 invisibly set baguette diamonds against which the hypnotic, constantly moving caliber with multi-axis resides.

The orbital display rotates around the dial every 20 minutes and features a hand-painted Earth globe and a 288-faceted Jacob Cut diamond meant to be the sun. The tourbillon escapement (meant to compensate for errors in timekeeping due to the effects of gravity on the watch) also continually rotates. In short, the watch is a veritable dance of sky, moon and earth, as well as shimmer. It is said that McGregor wore this watch when he went to pick up his new Rolls Royce. 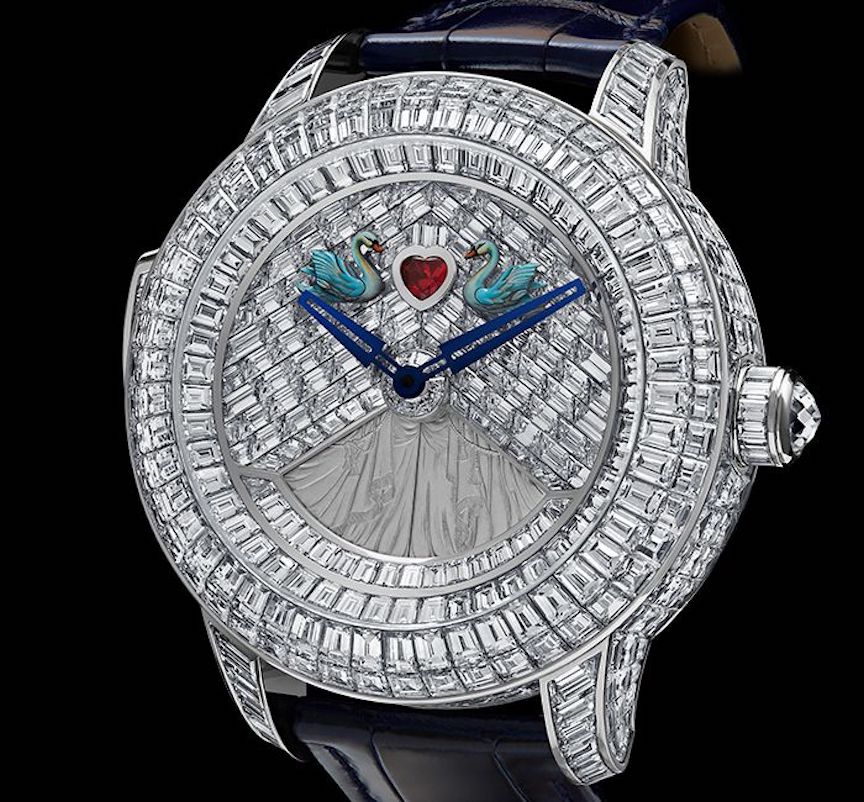 A look at the 18-karat white gold watch showcases a dazzling dial invisibly set with 188 baguette-cut diamonds weighing nearly 9 carats. At 12 o’clock on the dial, a heart-shaped ruby is flanked on either side by a pair of  sculpted and painted swans. In the lower portion of the dial is a solid piece of white gold that is engraved to recall a theater curtain. On demand, the curtains open to reveal a couple engaged in an explicit sexual act. The couple—on a bed of blue sheets—is meticulously hand painted. 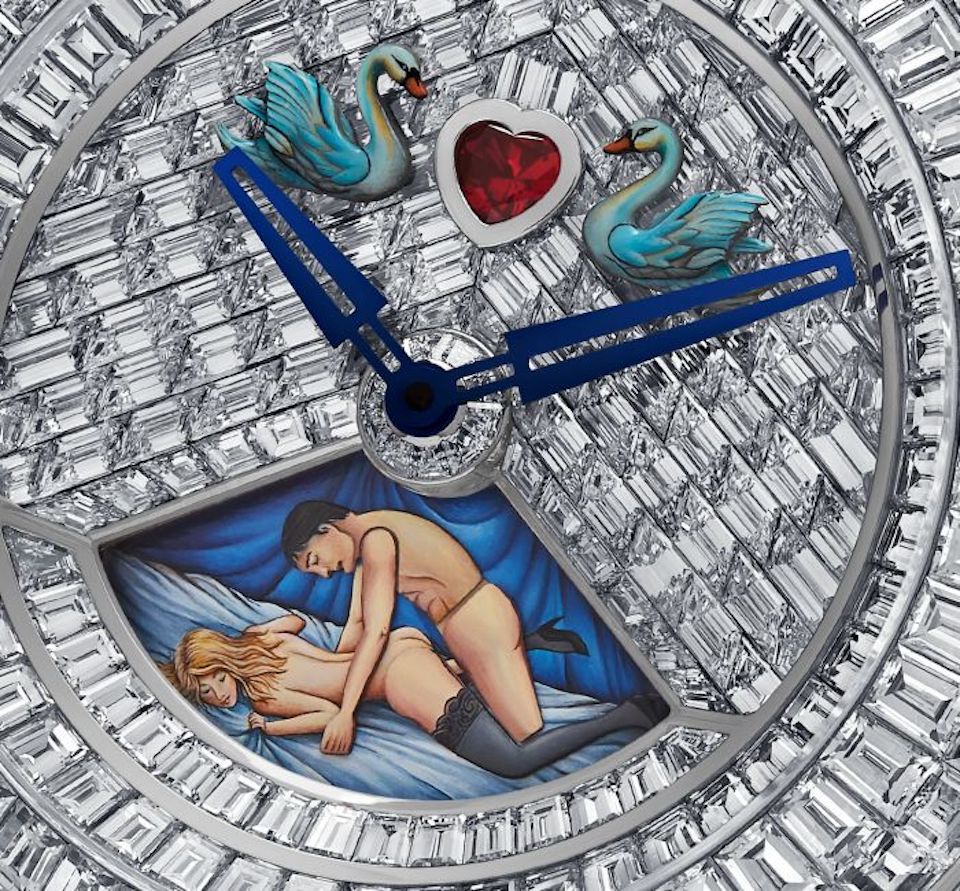 In order to open the curtains,  and to chime the time, the wearer presses the diamond-adorned “Rasputin” lever on the left side of the case lightly. This reveals three baguette-set rubies. The wearer then releases the lever, which sets the watch in motion. First, the theater curtain opens to reveal a still-life hand-painted couple engaged in an explicit sexual act. Next, the two swan jaquemarts, one at a time, begin pressing their beaks against the gold heart that holds the ruby at 12—chiming the hours and minutes. As the chiming begins and the swans sing their song, the man in the erotic scene moves his body to perform intercourse. When the swans are done chiming, the curtain closes. In reality, the hand-painted man in the scene, is an automaton, allowing him to move arms and torso in a realistic fashion.

The watch, its jaquemarts and its automatons, is powered by the 290-part JCAM27 manually wound movement that is also equipped with a one-minute tourbillon escapement (that compensates for errors in timekeeping due to the effects of gravity on the watch when it is in certain positions). The constantly moving tourbillon is visible via the transparent case back.