What All The Hype Is About: Tudor Black Bay Fifty-Eight, Navy Blue 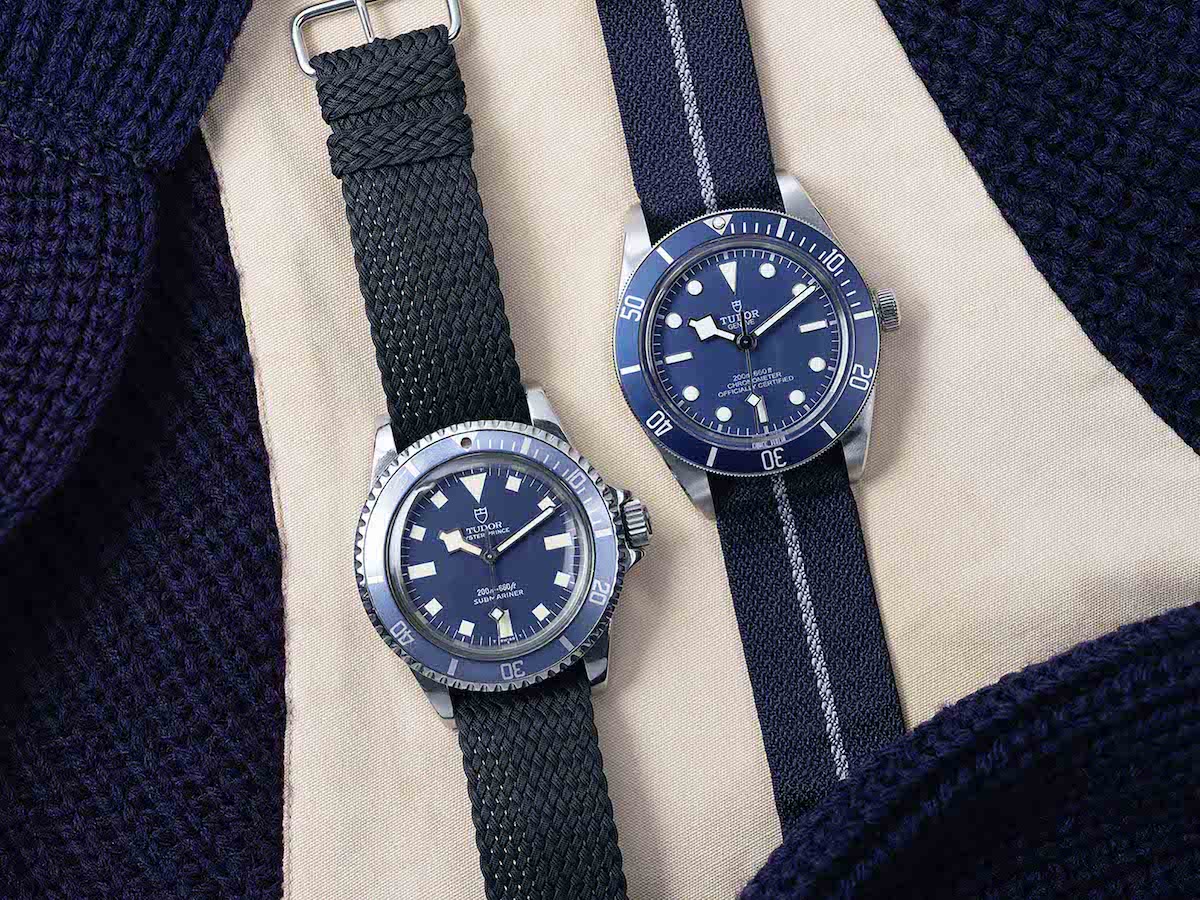 Just last week, Tudor — sister brand to Rolex — unveiled its new Navy Blue Black Bay Fifty-Eight watch. Collectors were clamoring. There were good comments, bad comments, change-of-mind comments and more. The thing is, when you take a brand that has become a collectors’ delight — and you add Tudor blue to the flagship model — you’re going to get hype. Tudor is known for its blue sports watches so this should have come as no surprise. But the much-anticipated and hoped-for release had people reeling.

First unveiled in 1969, the Tudor diver’s watch with a blue dial and bezel made a lasting impression and the color combo fast because a hallmark fo the brand. The blue was dubbed Tudor Blue and the French Navy turned to this  version for its dive watches in the 1970’s — making it wildly admired.

The new Tudor Black Bay Fifty-Eight, Navy Blue is named not only for the color way, but also for the year 1958, when  the  first TUDOR divers’ watch appeared on the market. Water resistant to 200 meters, it was an immediate hit. The reference 7924, affectionately refereed to as  “Big Crown,”  was 39mm in diameter.

As such, the new Tudor Black Bay Fifty-Eight Navy Blue is crafted in 316L stainless steel in a 39mm case. The navy blue domed dial features applied hour markers and “snowflake” (angular) hands — another signature of the Tudor dive watches since 1969. Naturally, the watch features Super-LumiNova® luminescent material for easy underwater reading. The watch displays the hours, minutes and seconds. 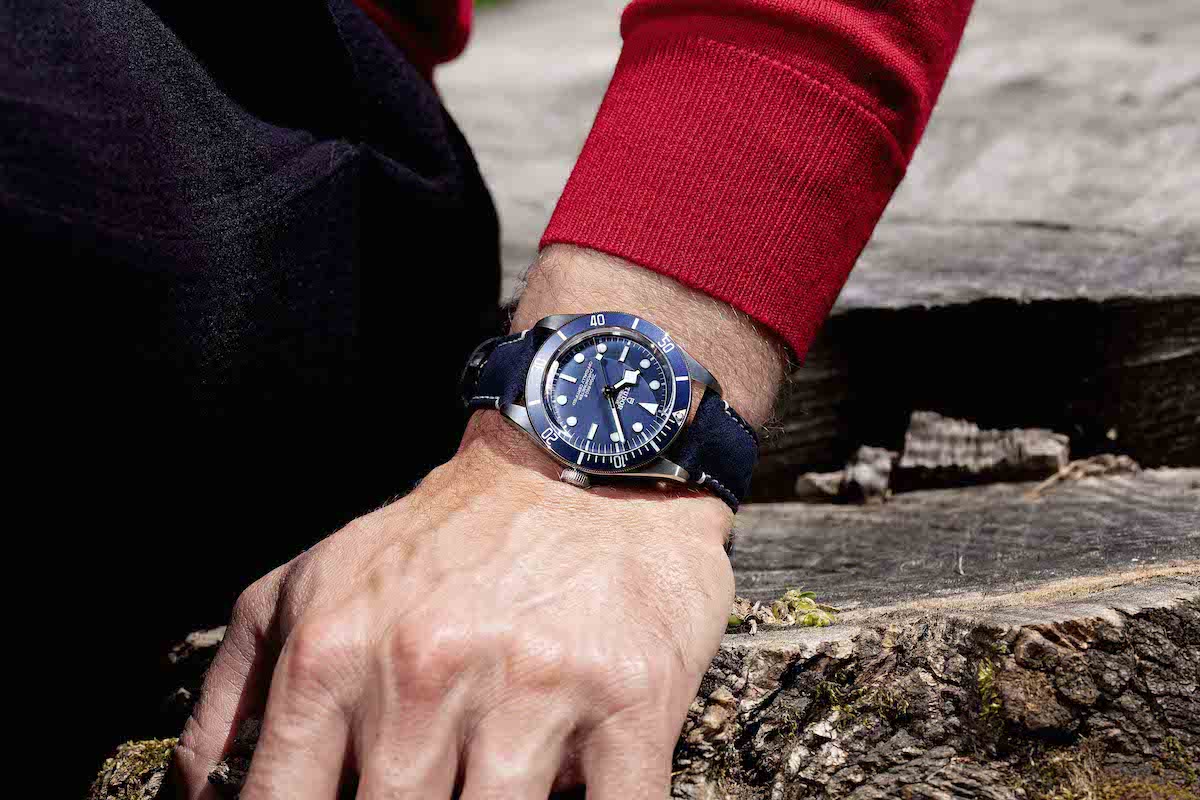 What’s Under the Hood of the Tudor Black Bay Fifty-Eight, Navy Blue

More importantly, though, the watch houses the Manufacture Calibre MT5402 with silicon balance spring and 70 hours of power reserve, so it can be taken off for a couple of days and then put back on without having to reset it. A COSC-certified chronometer — attesting to its ruggedness and durability — it is equipped with a tungsten rotor,    a variable inertia balance and a silicon hairspring that makes it anti-magnetic. According to Tudor, the Black Bay Fifty-Eight exceeds the COSC standards that allow for average variation in the daily running rate of a watch movement of between -4 and +6 seconds in relation to absolute time. Tudor sets its tolerance at between -2 and +4 seconds’ variation on the watch fully assembled. The watch retails for $3,375 on fabric and soft-touch straps, and for $3,700 on a stainless steel bracelet.

What’s All the Hype About The Tudor Black Bay Fifty-Eight, Navy Blue

Generally, when a watch brand unveils a signature model in a new color way, it’s considered nice. If the color way is exceptionally different, it gets some hype. So, then, why did the a signature model, now unveiled in a signature color get tons of publicity on the global watch circuit? Could be because fans were waiting for it for so long that when it finally arrived on the scene it was either a real let down or a great “Wow finally” nod of relief. Now, fans could get their blue diver icon. There really was no intermediate reaction to the watch. It was either love or hate. For me, I like it. It has that vintage look Tudor lovers expect. It has the color Tudor lovers want. It has function and quality that surpasses its price tag.  Am I jumping up and down? No … but then I haven’t been waiting years for this watch. Do I like it? Sure — What’s not to like. It is a great value/quality proposition. 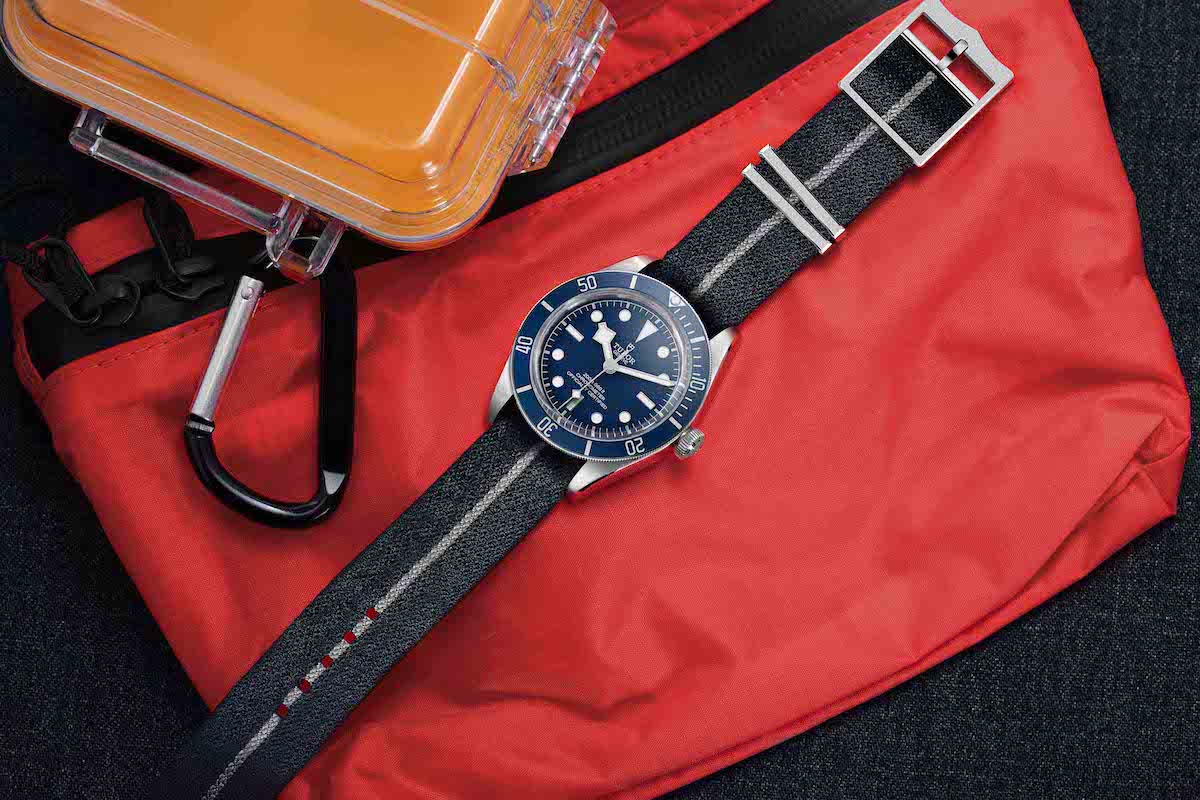 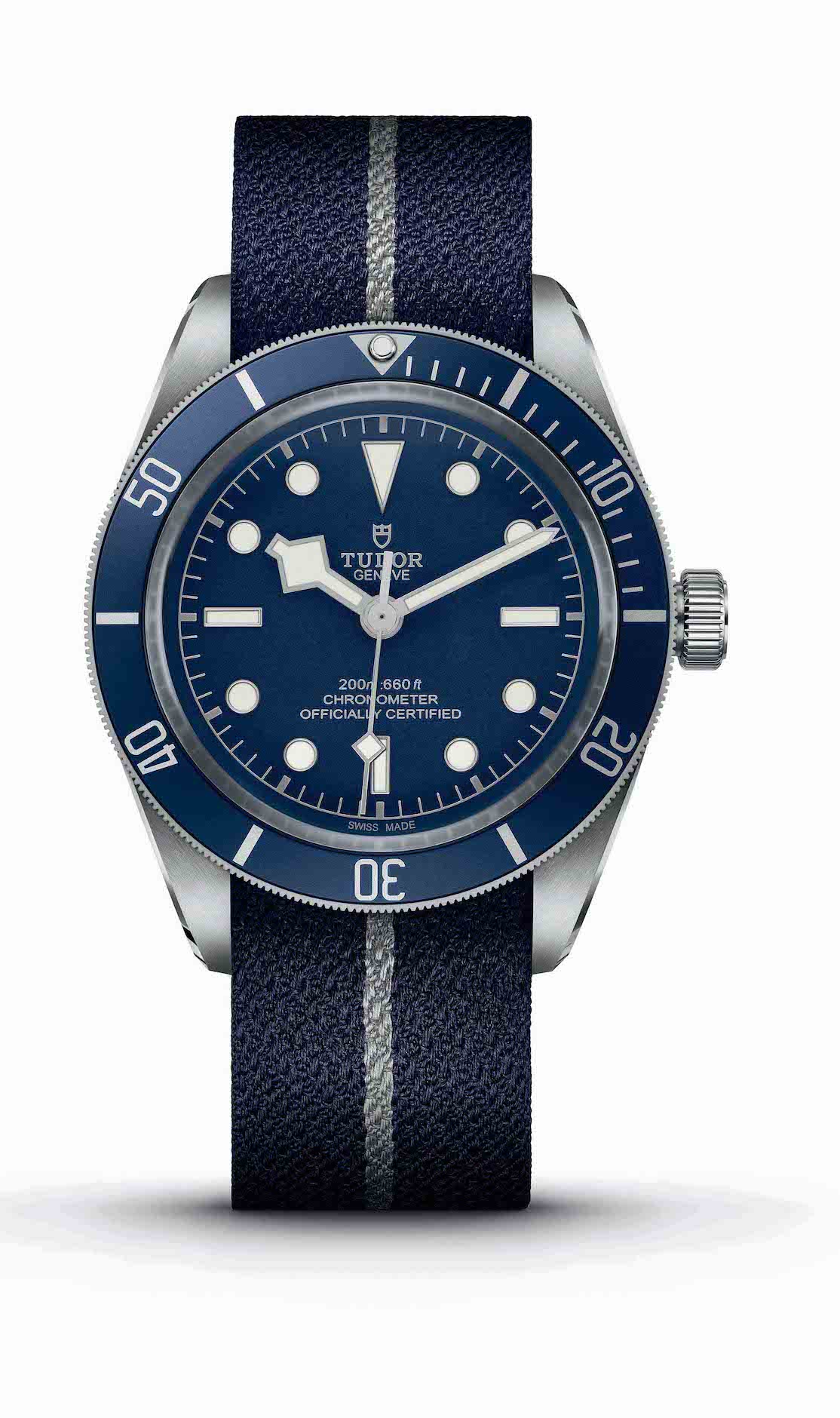 Tudor Black Bay Fifty-Eight, Navy Blue is offered with a fabric blue strap with silver stripe, or with a steel riveted bracelet, or with the brand’s proprietary “soft touch” strap.