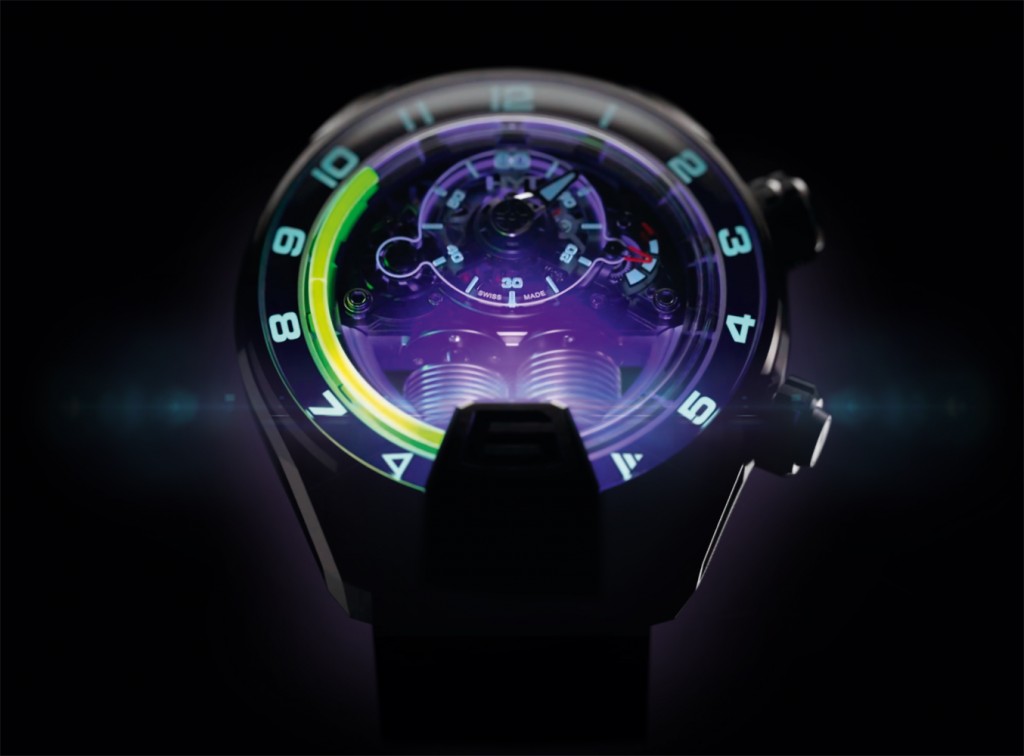 “Be water my friend.” The famous quote comes from Bruce Lee and is meant to drive home the importance of taking on the adaptable properties of liquid as it is able to flow into any shape. This is the first thing I think of whenever we have an opportunity to review a piece by Hydro Mechanical Horologists, HYT. The brand is famous for its work with mechanical timepieces and the incorporation of liquid to help track the passage of time. For those unfamiliar with the brand, HYT uses two billows to move liquid around the face of the watch. A colored liquid is used to indicate the hours and the distance between each hour marker is used to approximate the minutes. 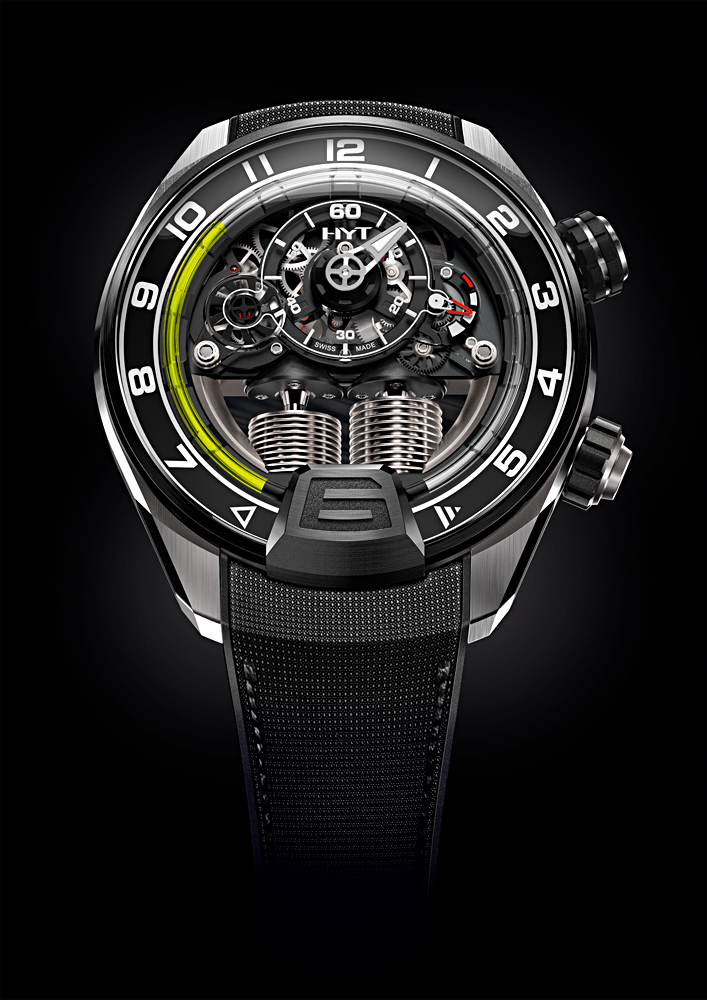 The new H4 Metropolis has the same DNA as its predecessors,  and is built on the same chassis as the inaugural  H1 release, but with some enhancements.  The H4 is meant to be a fully illuminated piece. To do that the watch has been equipped with two LED light sources located discretely at the 6 o’clock position. The push piece between the 4 and 5 o’clock positions activates a generator. The pressure winds the mechanism which in turn powers the two LED lights. The end result is a soft blue light that illuminates the watch. The green liquid used to tell time for the piece will also become iridescent from the LED lights. The charge last for approximately 5 seconds, after which the generator will need to be activated again. The entire process is mechanical, no batteries included or needed. 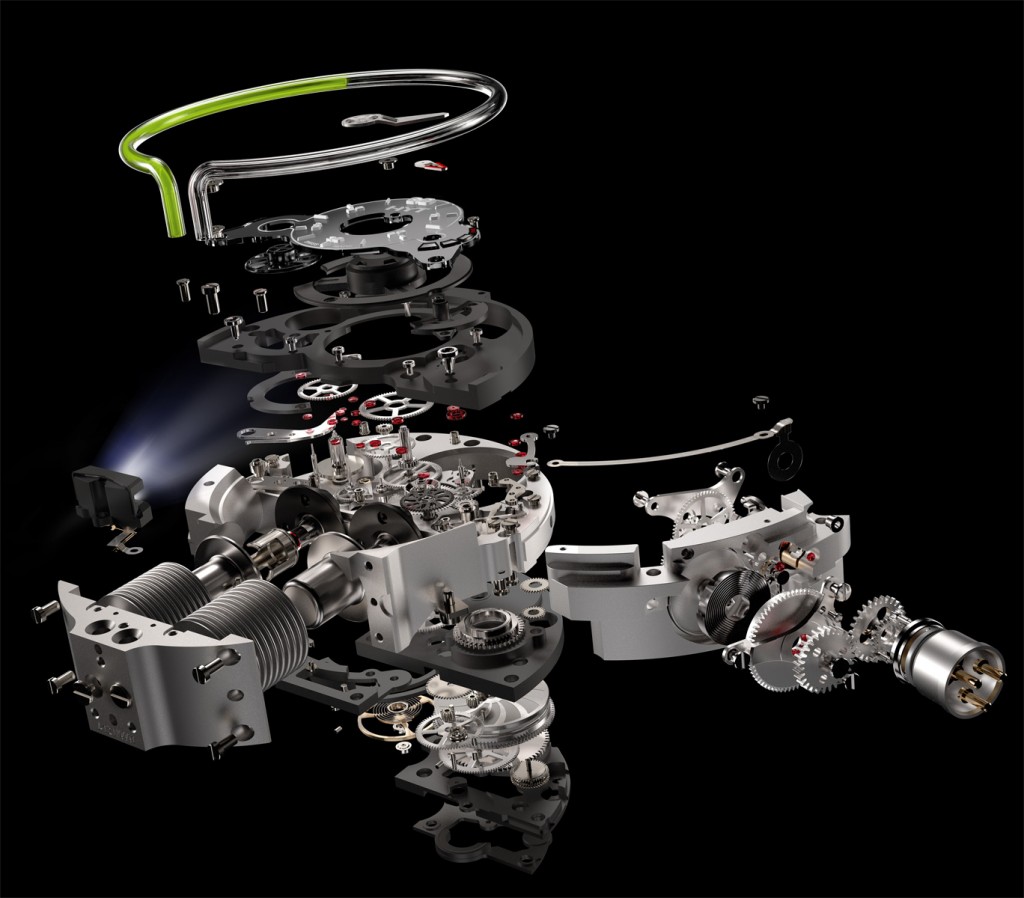 HYT H4 movement – totally mechanical, with a little liquid spilled into it

Three facets make this bit of horological engineering unique: 1) the curved glass that the liquid moves through is incredibly thin and takes masterful skill to produce 2) the miniaturization of the generator that powers the illumination of the watch and 3) the fact that there really isn’t another watch like this in the haute horology space. To further drive home the third point, only 100 of these watches will be produced. The H4 Metropolis is housed in a 51mm case and is presented in a DLC titanium case. It retails for approximately $100,000.