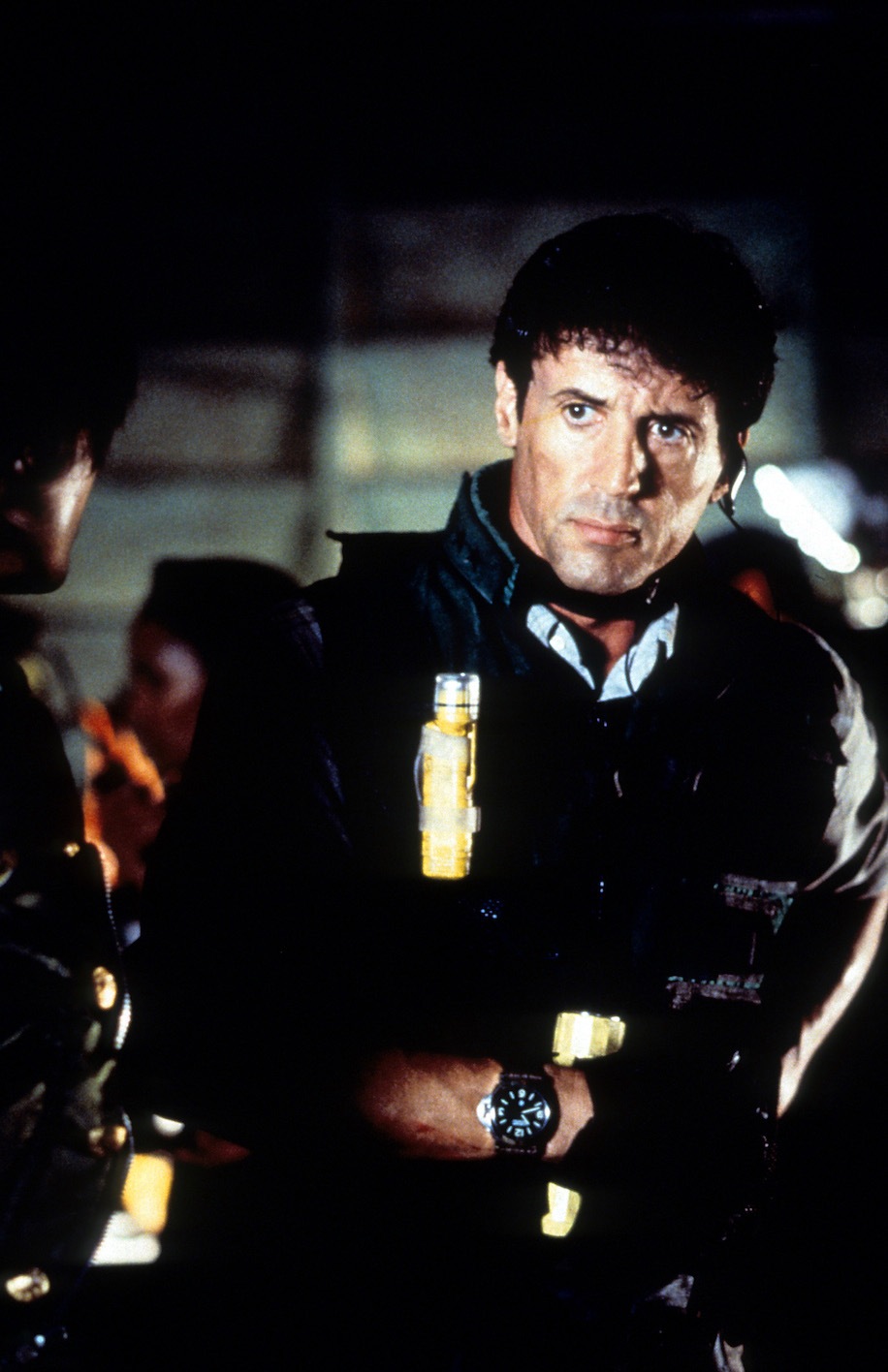 Sylvester Stallone in a scene from the film ‘Daylight’, 1996. (Photo by Universal Pictures/Getty Images)

Many know him as Rambo, or Rocky, while others just know him as one of the best modern-day actors for action flicks. Yet others know him as a painter, author and even watch collector. Not matter what, though, when one says the name  Sylvester Stallone, images immediately come to mind. Now, the legendary actor — and a watch enthusiast and collector who has even helped design a few watches over the years — is letting go of five of his timepieces — putting them up for auction at the December 12, 2020Racing Pulse Flagship New York auction by Phillips in Association with Bacs and Russo. Among them: the Panerai Luminor he wore in the movie Daylight in 1996  that may have started the entire big-watch craze, not to mention the Panerisiti cult, and four Richard Mille watches, including the Adventure watch he co-designed.

The Panerai Luminor worn by Stallone in Daylight  can be considered the most important modern Panerai wristwatch ever offered publicly. Four exceptional Richard Mille watches will also be offered, including one worn by him in the film The Expendables 3. 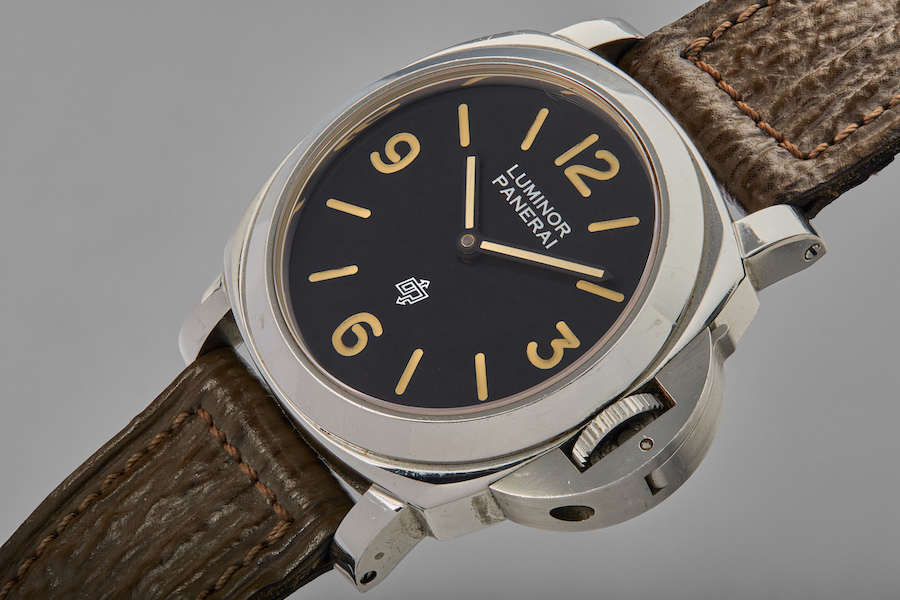 Sylvester Stallone wore this Panerai Luminor in the 1996 movie, ‘Daylight’

The exact watch worn by Sylvester Stallone throughout the 1996 film Daylight, and that is widely considered as a “genesis” watch that would launch the modern Panerai brand and consequently shaping the Swiss watchmaking industry, is expected to fetch between $40,000 and $80,000. This PAM5218-201/a is remarkably well preserved, and fitted on its rare, original sharkskin strap with original Panerai Pre-Vendome buckle, also seen in the film. The watch is being sold with its original box, two additional Panerai Pre-Vendome (today, RIchemont group) straps with buckles, and its original brass screwdriver.  In addition to a handwritten and signed note by Stallone, it is accompanied by an original 1996 studio-issued lobby card from Daylight, also signed by Stallone, with specific reference by him to this exact watch. 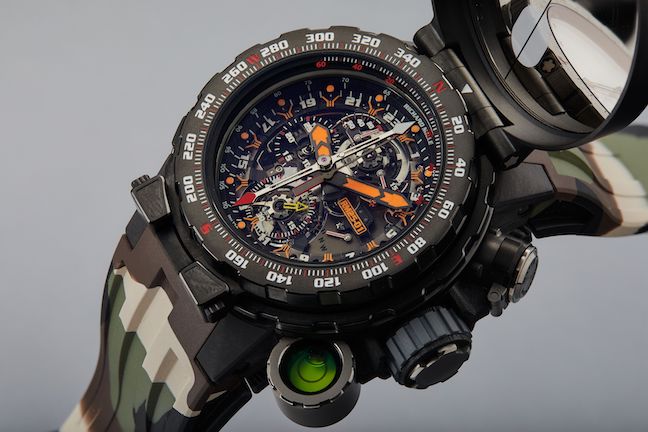 Estimated to sell for between $250,000 and $500,000, Stallone’s RM 025-01 Tourbillon Adventure Chronograph watch was the result of a conversation between Stallone and Richard Mille about “what watch would John Rambo wear?” (referencing the famed 1982 movie and sequels starring  Stallone as John Rambo). The watch is one of the most complicated Richard Mille timepieces ever made.Designed to be an indispensable survival tool, the RM25-01 features a tourbillon for accuracy, a chronograph for tracking elapsed time, a compass with a removable bezel and carbon cover, a level to promote accuracy while using the compass, and a tiny compartment above the crown to hold emergency water purification tablets. One of a limited edition of just 20 watches made, this RM025-01 is also offered with a letter personally handwritten and signed by Stallone on his private stationery. 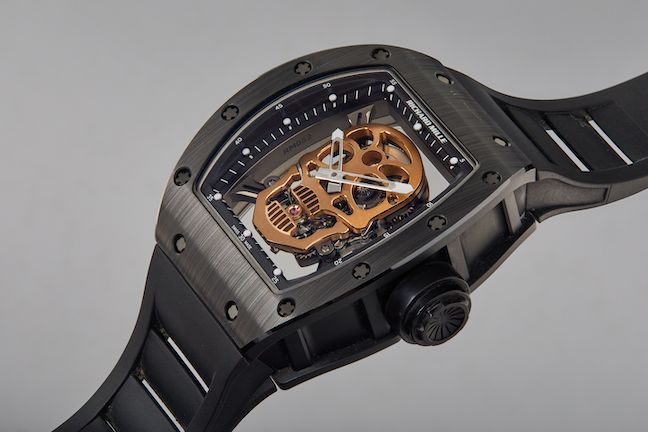 Another Richard Mille piece owned by Stallone and going up for auction is the RM052-01 Tourbillon Skull TZP Nan-Ceramic watch. Expected to fetch between $350,000 and $700,000,  the watch has an innovative case composed of TZP ceramic and carbon nanotubes. The skeletonized movement boasts a prominent pink gold skull at its center with tourbillon escapement.  Stallone has frequently been photographed wearing this watch, which is just one of an exclusive limited edition of just 30 examples. It is offered together with a letter personally handwritten and signed by Stallone. 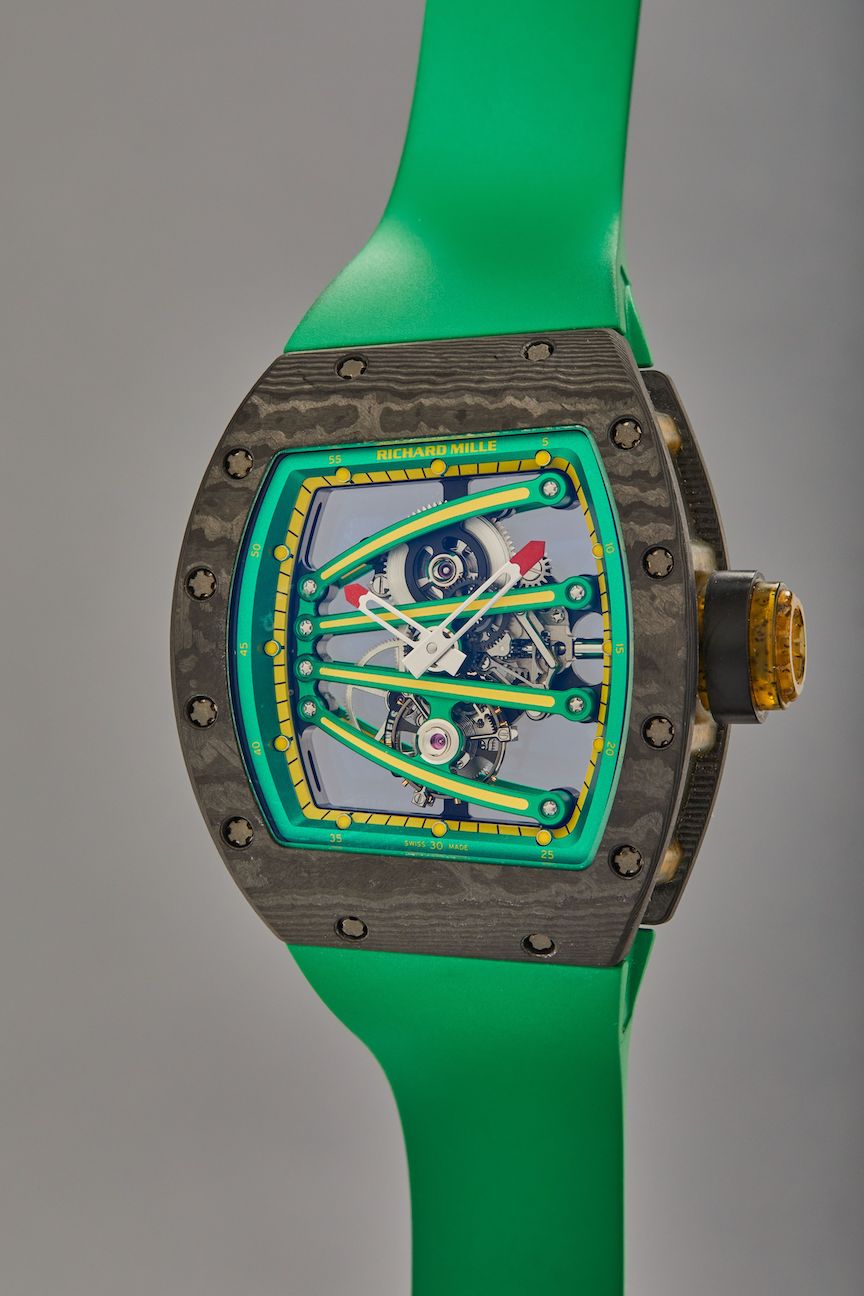 Stallone’s RM059-01 Yohan Blake Beast Tourbillon may be one of the most exotic looking Richard Mille watches in his collection. Originally produced in a limited edition of just 50 pieces, this light weight watch was designed to be worn during 100-meter competitive sprinting by Olympian Yohan Blake, the second fastest man in history and one of the leading athletes of the 21st century. The bridges spanning the movement are designed to evoke the claws of “The Beast,” Blake’s nickname, and embodies the colors of his Jamaican homeland. It is expected to sell for between $300,000 and $600,000. 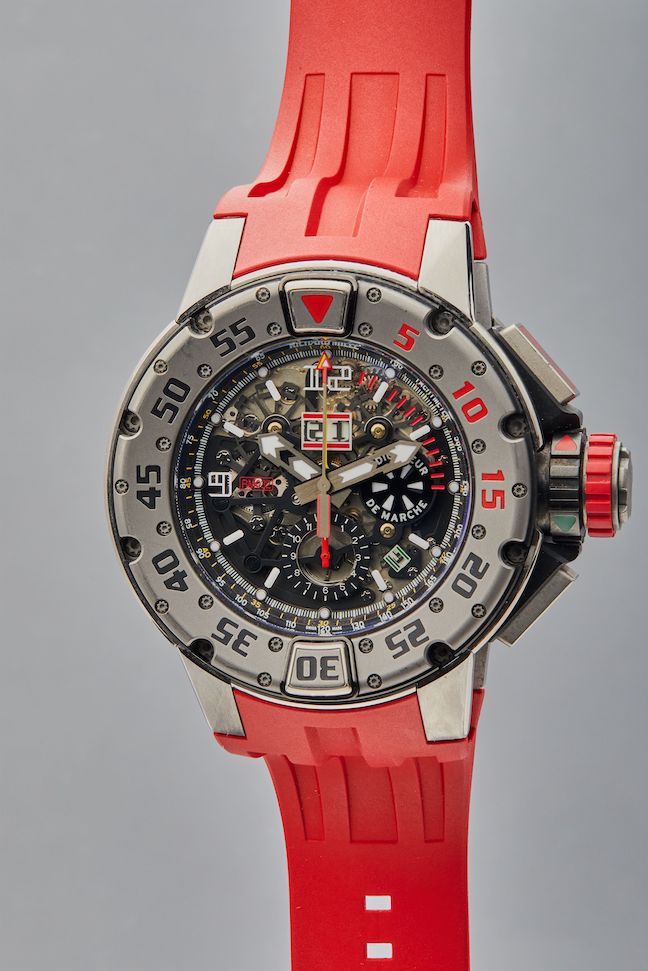 With a conservative estimate of $60,000 to $120,000, this chronograph with annual calendar function, rotatable bezel, and waterproof case, meets all the requirements of the ISO 6452 standard for diving watches. It is  chemical, and shock resistant and legibility at 25 centimeters in total darkness, The titanium case is designed to endure the abuse of an active lifestyle, including a locking mechanism for the crown and a tripartite case. At 50mm diameter and 18mm in height, it has a commanding presence. Stallone wore this exact watch during filming of The Expendables 3 (2014), where he played the role of mercenary Barney Ross. The watch is clearly visible in the film, as well as in the official trailer and official press photographs.