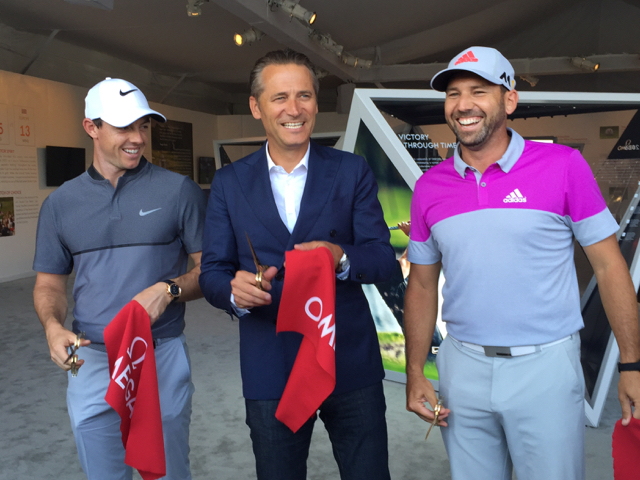 It officially started yesterday: the 98th PGA Championship at Baltusrol, Springfield, NJ. With a $10 million purse, the PGA Championship has drawn top golfers from around the world. While many of them are also watch brand ambassadors, the brand that garners the most attention at the PGA Championships is Omega, which serves as the Official Timekeeper of the tour. Earlier this week, we visited Baltusrol, with Omega, where we met with Sergio Garcia and Rory McIlroy – both Omega brand ambassadors. We also witnessed the unveiling of the new Planet Omega exhibition. 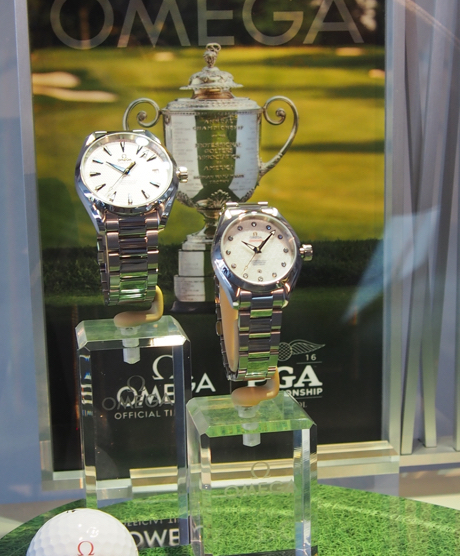 Omega is the Official Timekeeper of the PGA Golf Championship, including the event this weekend in Springfield, NJ

As a patron sponsor and Official Timekeeper of the PGA Championships, Omega has established a modern, almost visionary, exhibition that showcases not only its involvement with golf around the world, but also its varied involvements in sports, James Bond 007, sea exploration, space exploration and more. Individual displays showcase the brand’s long-standing relationship with golf, the Olympics, the moon and the sea – complete with explanations, watches that embody the particular arena and even some historical displays. 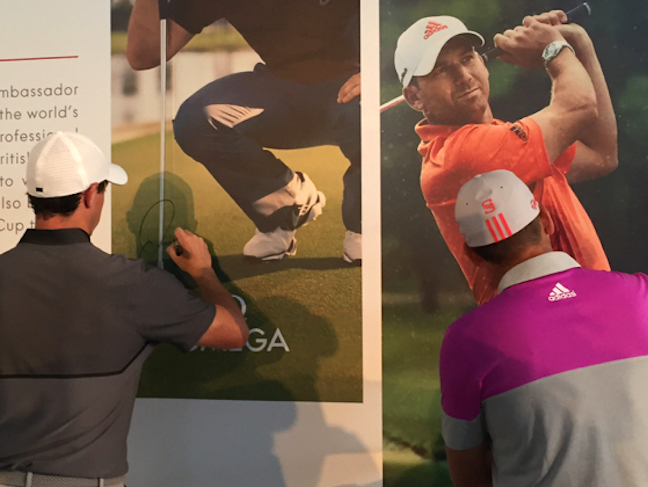 At the ribbon cutting and opening of the new traveling exhibition, Omega CEO and President, Raynald Aeschlimann, stood side by side with brand ambassadors Sergio Garcia and Rory McIlroy – all three using golden scissors to cut the Omega ribbon and invite guests inside. Both Garcia and McIlroy also autographed their photos on the wall inside the exhibition and took a few shots at a putting green. 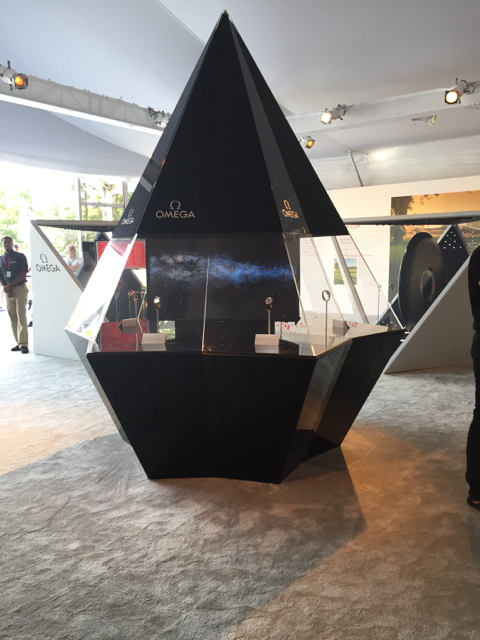 The Planet Omega exhibition at the 98th PGA Championship displays the many facets of Omega.

According to Aeschlimann, golf is ever important in Omega’s sports portfolio, wherein the brand sponsors events around the world for men, women, seniors and more. “Sports are in our DNA. Having key brand ambassadors is part of that DNA and this is a clear message for the consumer. In today’s world, where there is almost an avalanche of information and messaging, you need to be very clear about who you are. Our role here, and with the Olympics, is clear.” 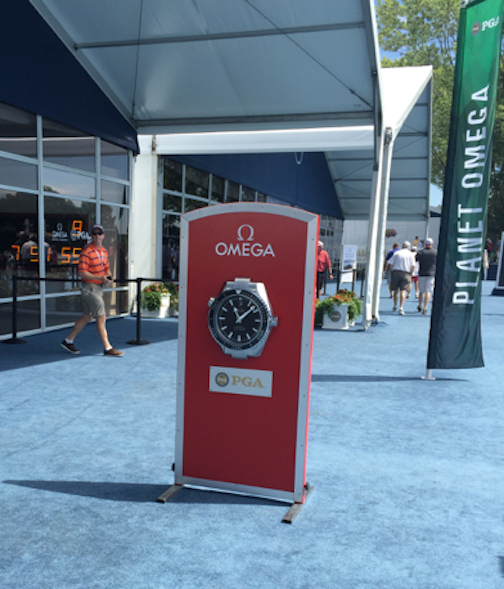 Omega clocks displayed the time around the course at Baltusrol.