Recalling Times with Watch Industry’s Raymond Weil who Passed Away 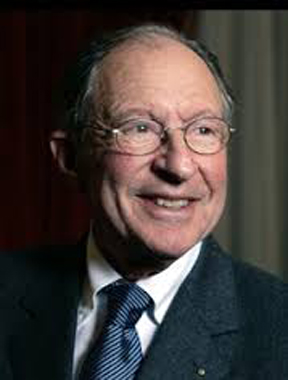 When people ask me how I got into the watch business, I tell them it is a long story, and it is – one day I’ll tell it here. Now, however, I want to talk about the reason I stayed in the industry for the past 30 years. It wasn’t just great product, amazing technology and an incredibly fast pace. It is also for the people. I often say this is an incestuous industry because you cant really leave it. You can move around – and people often do – but you just can’t walk away.  The people in this industry are generally warm, wonderful and insightful.

Last night, the industry lost one of long timers: Raymond Weil, founder of the brand that bears his name and that continues to be family owned and operated. He passed away peacefully at the age of 87.  While Mr. Raymond Weil started his company in 1976 (along with Simone Bedat) in a then-weak Swiss watch world, he powered through the tough times with creativity, innovation and sincerity. I am proud to have had so many great opportunities over the years to talk with him. 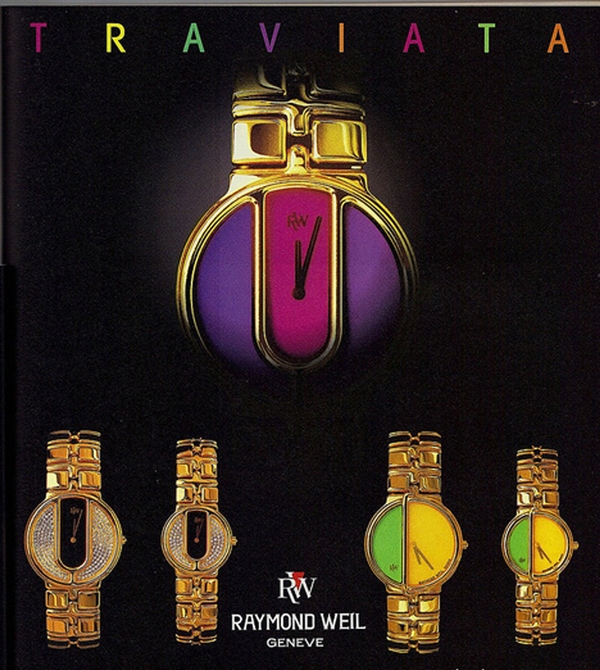 Going back to the mid-1980s, Raymond Weil – a lover of music – wowed the world with his introduction of the Traviata line of watches – an innovative, chic, colored-crystal timepiece in delightful designs, often mixed with diamonds. In fact, the magenta and purple Traviata stole my heart– though I was never able to afford one — it was and still remains a passionate favorite of mine.  During the late 80s, Weil also made a distinct effort to promote art, culture, lifestyle and – top-quality movements. He launched the renowned ad campaign that featured ballet dancers in motion – with the headline: Precision movements. Weil naturally had an agency create the ads, but he was smart enough at the time to recognize he had to stand out in the watch world to move ahead. 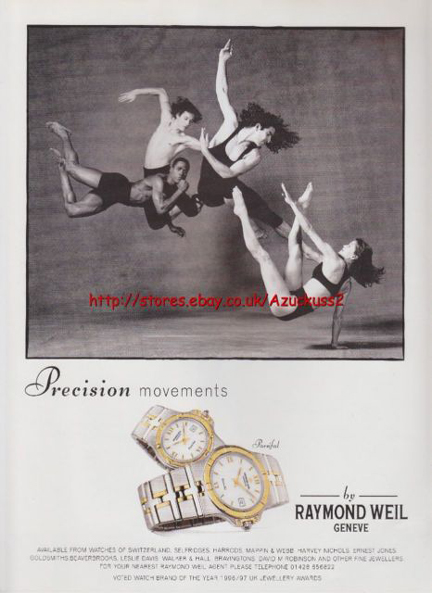 Raymond Weil made a splash in the late 80’s with its “precision movements” campaign.

Today, music continues to play a role in the Raymond Weil world with lines such as Parsifal and Nabucco (named for operas).  As to Raymond Weil – he was typically warmly friendly. Not only was he a smart – and tough — entrepreneur, but also he enjoyed helping others and giving advice. He was active in the watch world and in the promotion of all things Swiss. The Raymond Weil watch brand will continue to be run by family, led today by Olivier Bernheim, CEO and President.

I Went To The Seaglass Rose’ Experience With Corum, Here’s What Happened
January 27, 2014