The Name of this Zenith watch is a Mouthful – but the Tribute is in the “Wright” place: Pilot Montre d’Aeronef Type 20 GMT 1903 watch 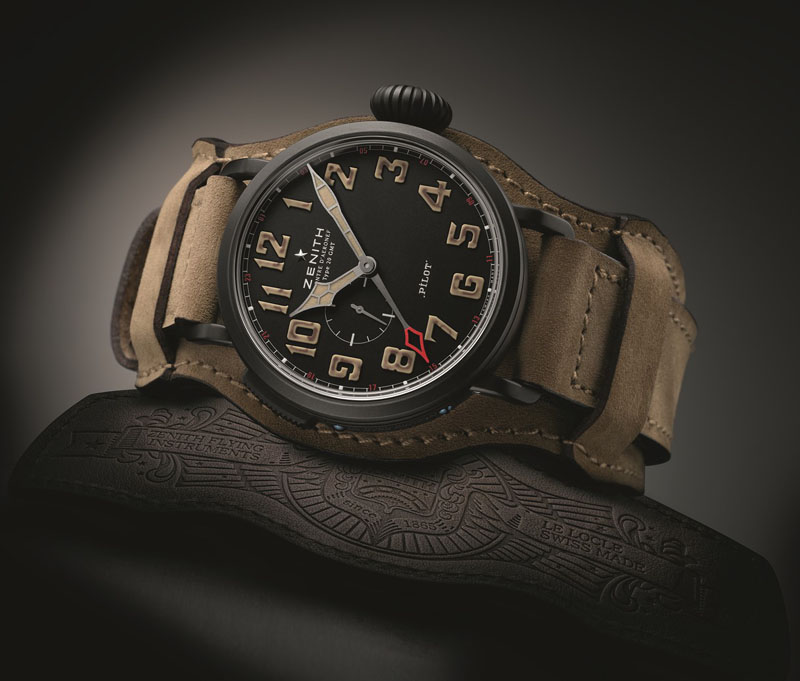 By Ryan Walsh   If you were to play the game where someone says a word and you have to say the first thing that comes to mind, and if the word you were told was flight or flying…  your response may likely be the Wright Brothers.  Zenith this year recognizes the achievements the Wright Brothers made in flight and has introduced the Pilot Montre d’ Aeronef Type 20 GMT 1903. Much like on an aircraft, a good instrument watch does not need extra weight, so, to lighten the load, Zenith created the Pilot Montre d’ Aeronef Type 20 GMT 1903 in a case made of black DLC coated titanium. Even with a 48mm diameter, the watch is surprisingly light weight. With controls needed on the fly, literally, the ratcheted crown on the Type 20 is a throwback to the old aviator watches, making it easier for pilots then to use with gloves on. 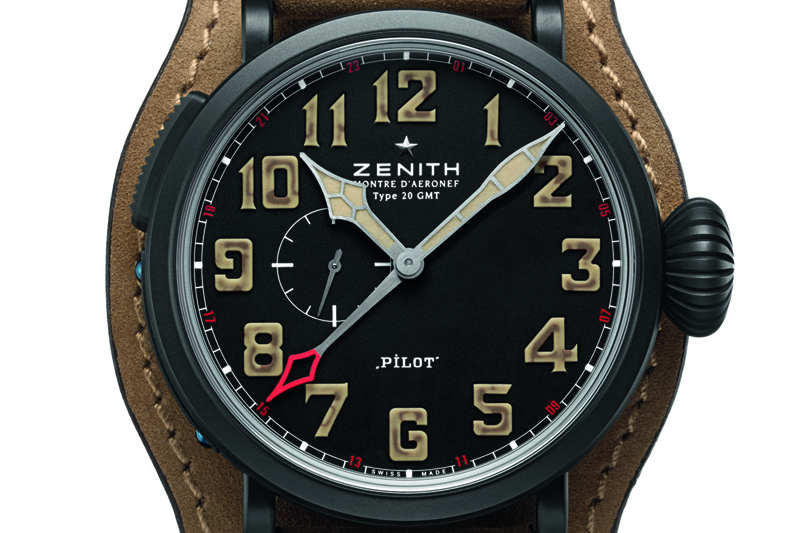 A close up look at this watch reveals a dial that has been sandblasted five times for effect.

To ensure visibility, the figures are in distinct Arabic numerals finished with a SuperLuminova treatment created with an “old radium” finish for easy reading in the dark and for a raw, badass feeling, much like it would to be in an old war bird. The functionality isn’t shadowed by the looks on this Pilots watch,  which features a 24-hour second time zone indicator (with the signature red arrow)  and hours, minutes and a small seconds subdial at 9:00– all  powered by the accurate automatic  Elite Caliber 693. It keeps accurate time with a 28,800-vibrations-per-hour beat and has a 50-hour power reserve, as if you would even want to have this watch off your wrist for that long. The crisp black dial has been sandblasted five times for ultimate appeal, the numerals have an aged patina, and the sapphire crystal is anti-reflective on both sides to resist glare. 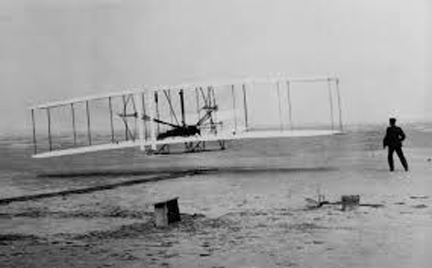 The Wright Brothers at Kitty Hawk. 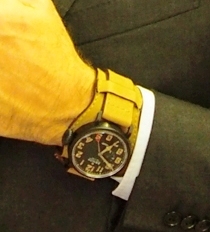 The new Zenith- on the wrist.

ht “Flyer” in midflight with one brother flying the plane, and the other running behind. It also features the Zenith Flying Instruments logo engraved on it. The strap is also reminiscent of the early 1900’s with a camo-beige suede color and oversized style.  There will only be 1,903 of these watches made, all with their own number plate drilled into the case middle. The price has not yet been released, but this may well be a collector’s piece. In fact, KISS drummer Eric Singer is a fan of the Zenith Pilot’s watches, with a dozen pieces in his line-up and designs on this one as well. But he will have to wait in line because this beauty is in high-demand and looks amazing with a suit.