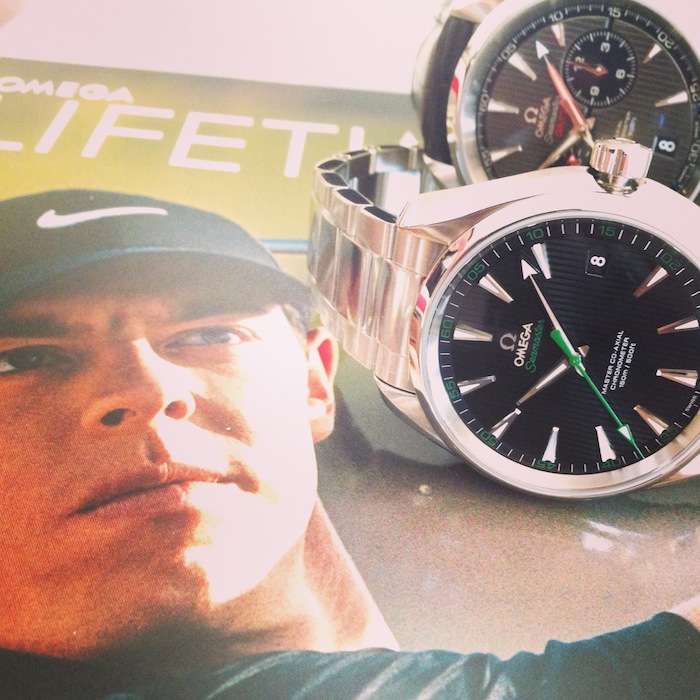 Wow. In Kentucky it has been a long weekend wrought with rain, rivers of water on the course and humidity. But it was also a great game of golf. So, after weather delays, balls gone astray into water hazards, bunkers and the crowd, and nail-biting neck-in-neck finishes, the winner is Rory McIlroy. The 23 year old Irish lad has definitively turned pro. Read on for details of the incredible weekend…. 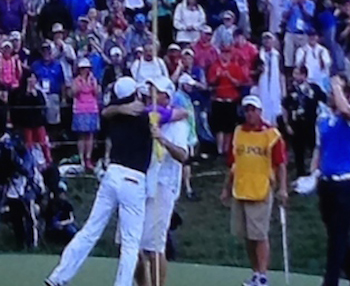 The weekend in Kentucky with Omega at the Championship PGA at Valhalla Golf Club in Louisville was soggier and and rainier than usual. Nonetheless,  it was THE place to be — whether you love golf or not.  No doubt about it, it rained. In fact on Sunday it poured so hard that some weren’t sure the games would go on. That didn’t daunt players, though, and eventually a humid cloud-coated sun showed its power and llet the games continue. Omega is the Official Timekeeper of the event. Not only is Omega a key patron of PGA of America, but also the brand  has an impressive roster of golfers on its brand ambassador list, which includes – among others — Rory McIlroy, Sergio Garcia, Harris English, S.Y. Noh and Kyle Stanley, as well as one of the game’s true legends, Greg Norman 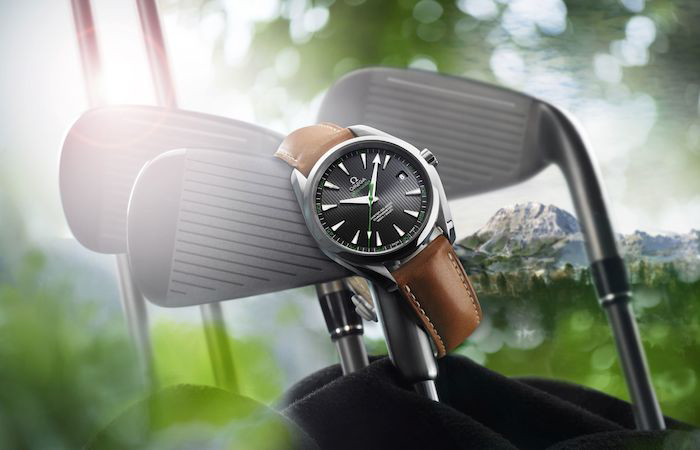 This weekend at Valhalla, several Omega golf ambassadors started on the course on Thursday. Among them: Rory McIlroy, Sergio Garcia, Harris English (who missed the cut after the second round), Seung-Yul Noh ( who also missed the cut after the second round).  However, truth be told, by Sunday, most of the world’s eyes were all on Rory.  Ranked as number 1 player coming into the tournament, Rory is an all-time favorite and his golfing on Thursday and Friday gave him a top spot for the final two days. No surprise there. He faced some heavy competition from the likes of Californians Phil Mickelson and Rickie Fowler, but he played like — well — a pro. 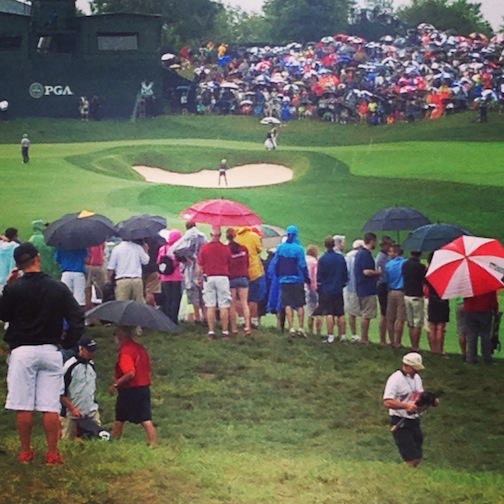 PGA – one of the four Majors — at Valhalla Golf Club

“We are so proud that Rory is a part of our family of brand ambassadors. We were thrilled by his championship at The Open. As impressive as he has already been, I think that we will see even greater accomplishments in the near future,” says Omega President, Stephen Urquhart. In fact, to celebrate Rory’s hard work, Omega – just before the PGA — launched a national television ad campgian that celebraetes its partnership with the PGA Championship. The commercial features McIlroy and  works to the tune of “Hall of Fame” – written and recorded by Irish alternative rockers, The Script – and with a vocal performance by superstar will.i.am. Filmed in the very early morning on the Championship Course in Dubai where the OMEGA Dubai Desert Classic is contested each year, the commercial makes use of the unusual light generated by the rising sun on the empty golf course and is the perfect background for some of the angles in which Rory was photographed. There are three versions running and you can view one of them in the video below.(You can see that commercial by clicking This event at Valhalla Golf Club in Louisville, KY, is one of golf’s four majors, and the environment reflected the enormity of the 96th PGA Championship. Throughout the four days with Omega, I got to tour the incredible course at Valhalla and got up close with the famed Wannamaker Trophy.  The splendid grounds also featured Omega clocks strategically located and a superb Omega presentation booth that showed the multiple sides of the historic Swiss brand. One side of the huge exhibition area depicted Omega’s role in space and on the moon (complete with a moon  rover), while the other presented the brand’s involvement with James Bond (complete with Bond clothing and props). 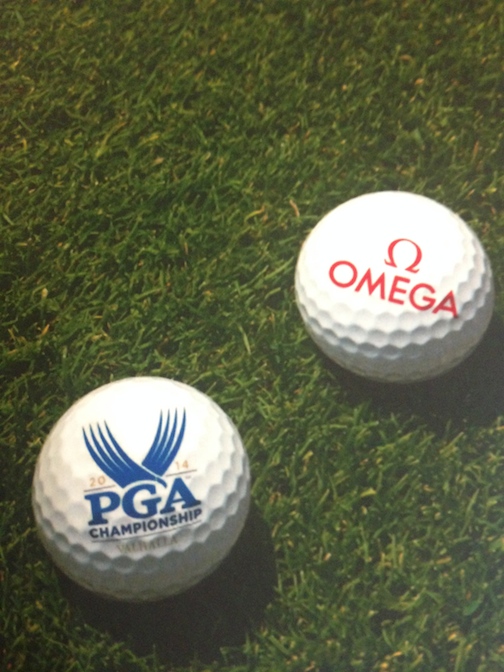 Omega took the opportunity just before the PGA Championship here to announce its extension of the current title sponsorship agreement – serving as the Official Patron and Official Timekeeper of the PGA of America through 2022.  Omega is no newcomer to sports  – having held the title of Official Timekeeper of the Olympic Games since 1932  (you can read more about that timing here). In terms of golf, Omega has a growing presence globally and in 2016, when the sport returns to the Olympics for the first time in more than a century, Omega will time the sport there. 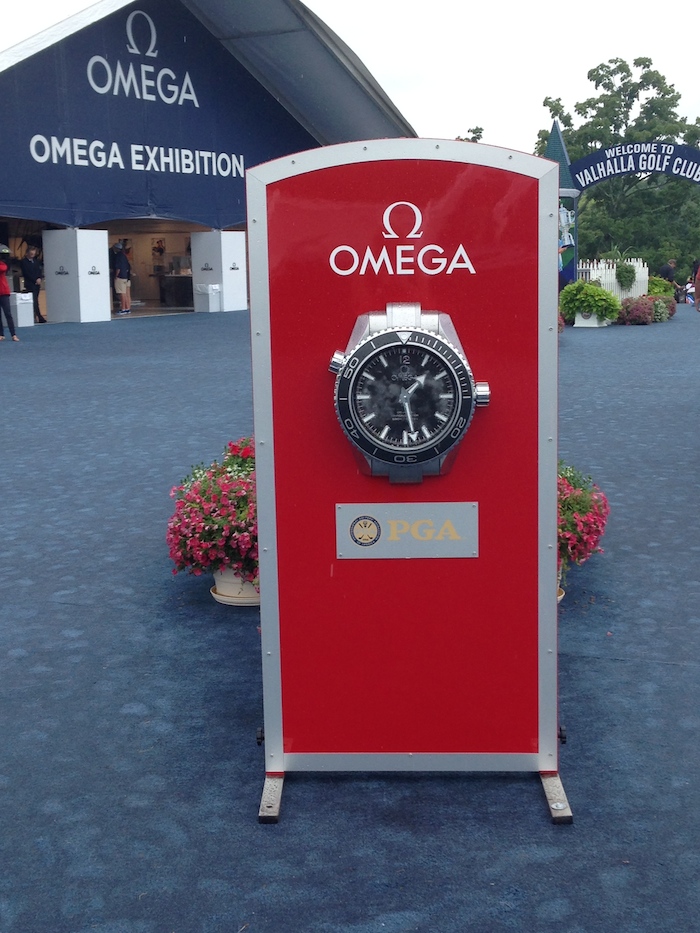 Omega clocks were strategically positioned around the course.

The continued relationship with PGA further aligns OMEGA with the world’s largest sports organization — comprised of 28,000 men and women PGA Professionals — who are recognized for their expertise in teaching the game, promoting the game, and managing golf facilities. 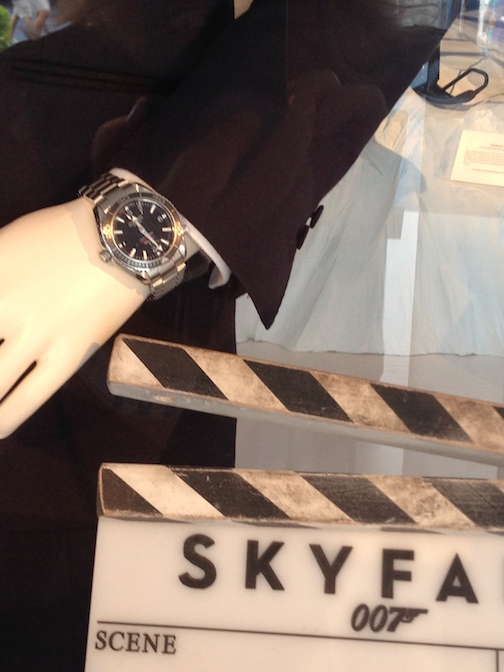