Audemars Piguet Watches: A Look at Unparalleled Craftsmanship That Stands the Test of Time 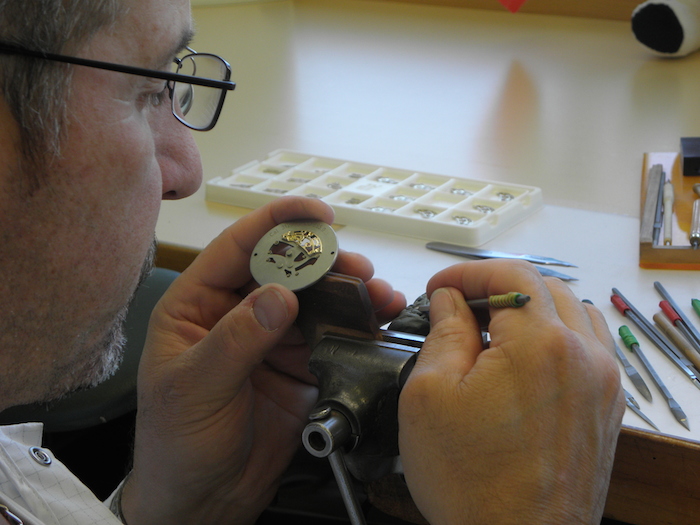 At the Audemars Piguet workshops in Switzelrand, hand craftsmanship reigns.

The truth of a watch brand is in the story behind the development philosophy of the creator. The beauty of a watch is in the craftsmanship and vision that is behind it. For over a century Audemars Piguet has been behind some of the world’s most sought-after timepieces and today we explore the brand’s art.

Founded in 1875 by Jules Louis Audemars and Edward Auguste Piguet, Audemars Piguet has always been a top-notch luxury watch atelier. It has created some of the most advanced technical timepieces ever to come on the market. That includes its famed Royal Oak, for which Gerald Genta was commissioned to create on the evening before Basel Fair 1971. The mission: to design a high-end stainless steel sports watch.  The inspiration for the now iconic octagonal bezel Royal Oak with exposed screws was derived from a diving suit helmet.  The case was made from a single block of steel as to be watertight and the bracelet was integrated into the case, the first time such a design trait had been used.  After some time, popularity began to increase and now original series Royal Oak pieces in good condition, the grail watch of many a collector, fetch prices north of $13,000 at auction. 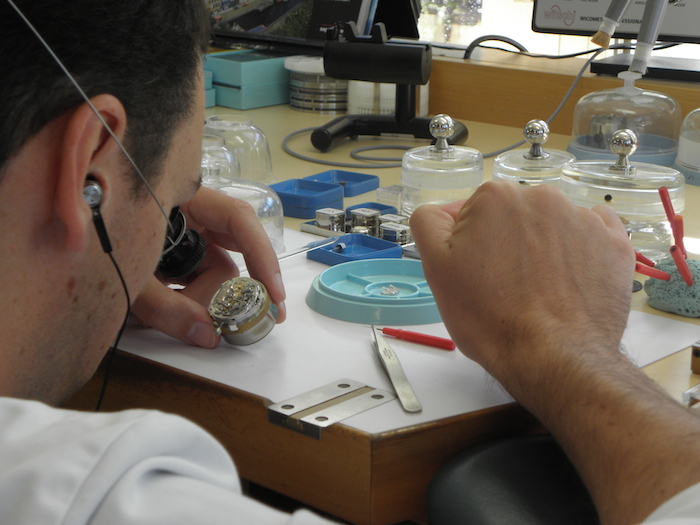 Each movement is assembled and re-assembled.

The design of the original Royal Oak has not changed much since its original conception and the DNA of the design is very much at the heart of what Audemars Piguet is today. You can read more about the anniversary of the Royal Oak here. We mention this watch as an exemplary look at the brand. But it’s exquisite Jules Audemars watches, Millenary watches and other much-coveted timepieces are sought after for multiple reasons – all of which stem from the brand’s insistence on perfection. 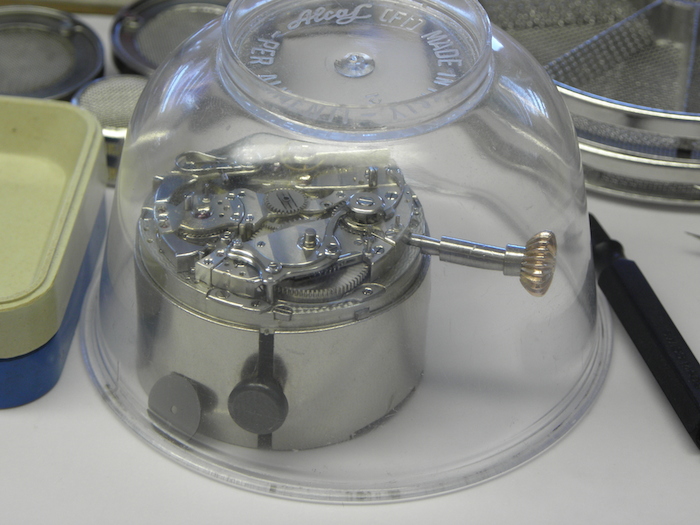 An Audemars Piguet watch is well worth the wait.

Everything AP manufactures and produces is meticulously scrutinized and held to the highest craftsmanship and detailing levels.  Design and development are housed under one roof in order to foster idea sharing and collaboration.  The timeline from the ideation phase to the end product of a watch typically runs anywhere from three to five years and communication between the two groups is paramount.  This really comes to light during the design layout process.  The brand has come a long way from designing pieces less than 24 hours prior to Basel World. 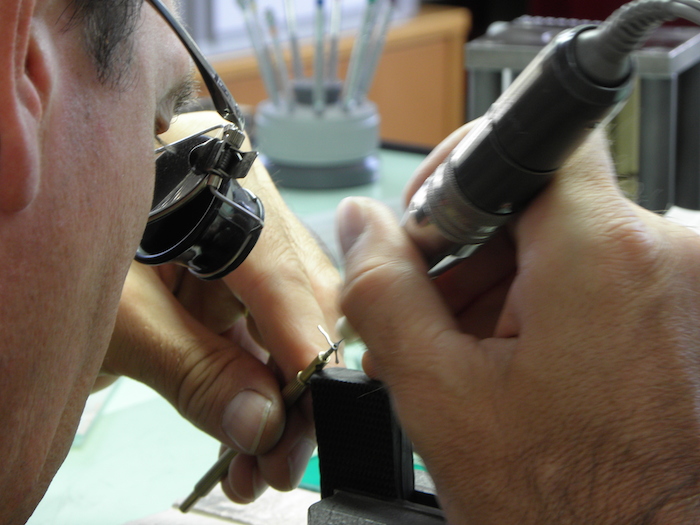 Each process is a time-consuming step

In the conception phase, all watches are drawn by hand and then computer designers and art directors work together to help flesh out the sketch via a computer model.  Once this process is complete, a 10:1 scale model based on the computer-designed watch is produced in order to draw attention to any flaws or issues that may exist prior to moving to the scaled down prototype.  Depending on the complications being produced, one to five prototypes may need to be created in order to validate the caliber of the watch. 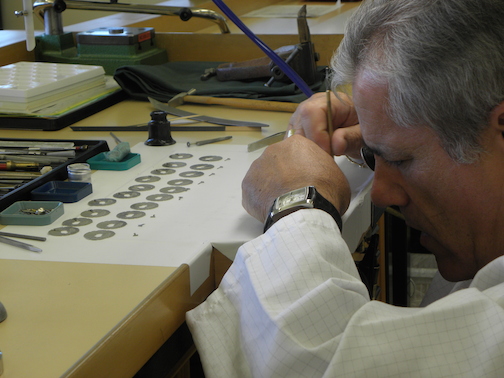 The specialists work to decorate and quality-control each movement component

The detailing of each watch is incredible. Every piece – whether or not it is visible to the human eye—is hand finished with engraving, polishing and other specialty motifs. Each watch is assembled by hand, tested and then taken apart, after which the individual sections are then polished and the watch is reassembled. Believe it or not, the entire process is then repeated again prior to leaving the factory. Timepieces consist of more than several hundred parts and the process each goes through before making it to fruition and on a wrist speaks to the dedication Audemars Piguet has to its craft as well as to its clients.