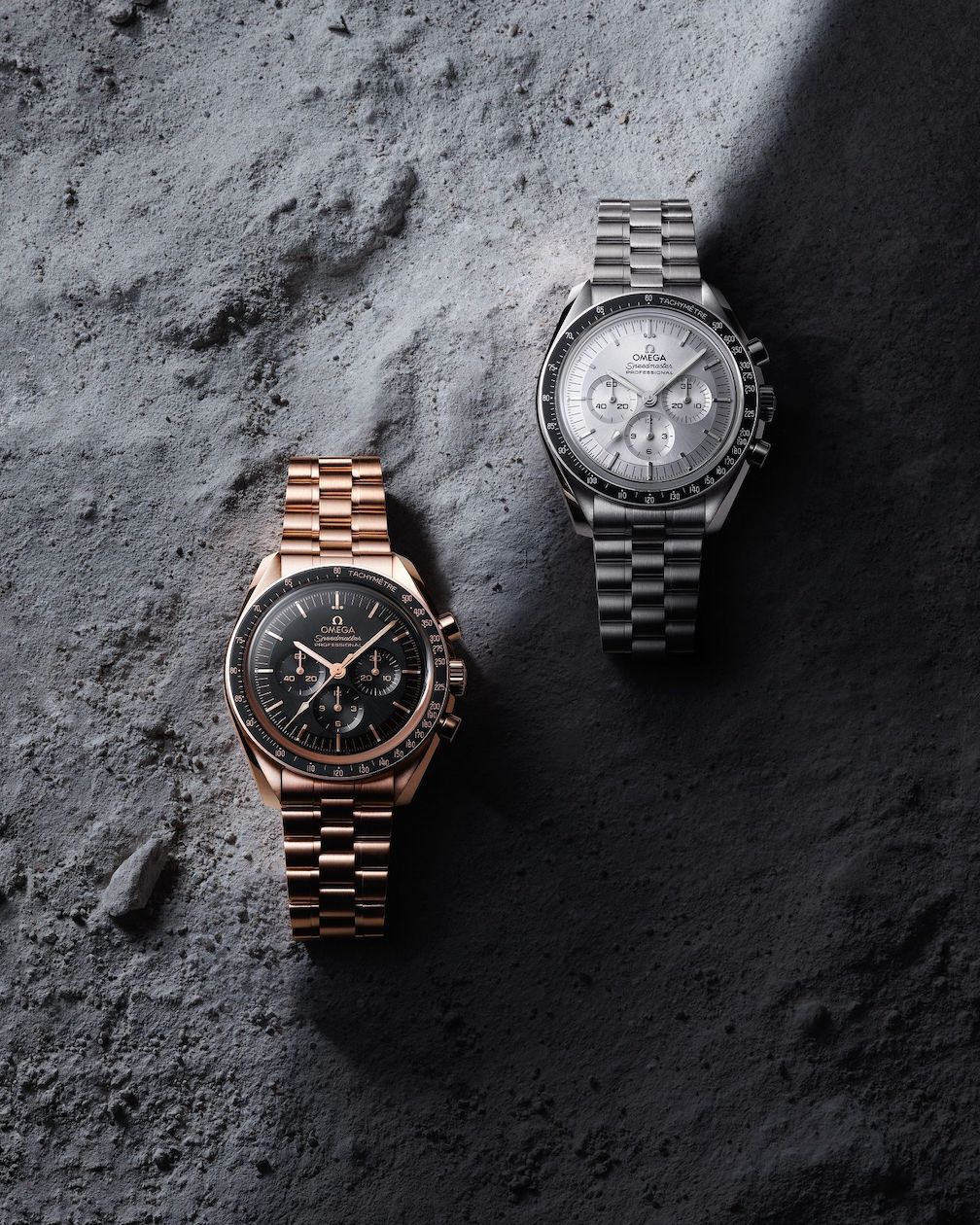 Starting the year off right, Omega announces its newest collection of powerful Master Chronometer certified watches in the Moonwatch collection — all with antimagnetic movements. For the newest Omega Speedmaster Moonwatch Master Chronometer Professional Chronograph, the brand was inspired by its fourth-generation style, ST 105.012– the version worn by the Apollo 11 astronauts on the moon in 1969. It equips the watch wit the all-new anti-magnetic Co-Axial Master Chronometer Caliber 3861.

These tribute timepieces feature the iconic symbols associated with that watch, such as the asymmetrical case, the step dial, the double bevel caseback, and the famous dot over 90 (DON) and a dot diagonal to 70 on the anodized aluminium bezel ring.  While it is important to recall so many details, it is also important to bring the watch into today’s world when it comes to the movement. This new Caliber 3861 ensures that the Moonwatch will be unaffected by magnetic fields reaching 15,000 gauss. In addition, the entire watch is certified as a Master Chronometer – the highest standard of precision, performance and magnetic-resistance in the Swiss watch industry. 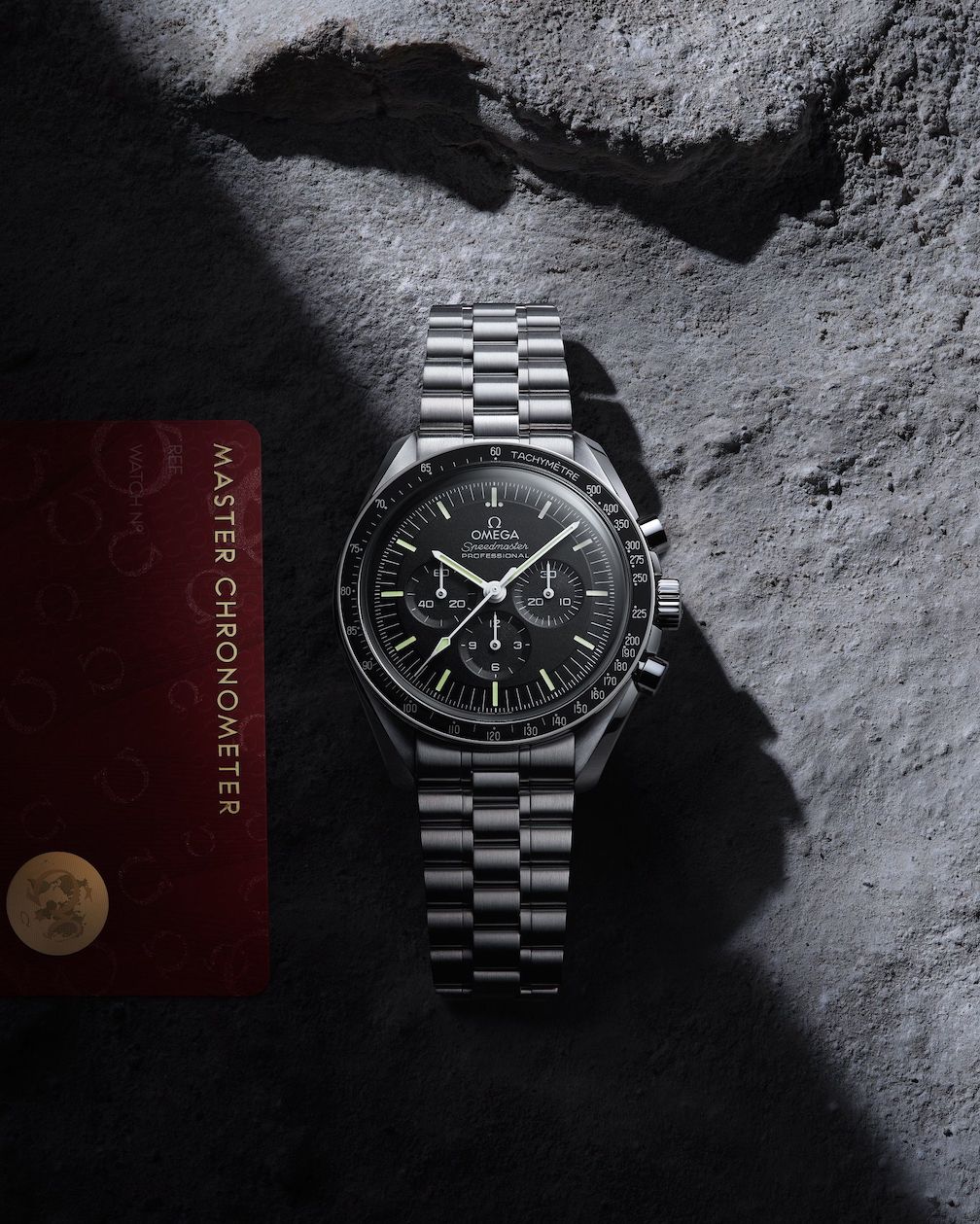 The new versions of the Moonwatch from Omega feature an integrated, fully-brushed bracelet with a five–arched-links-per-row design. Similar to Moonwatch styles of the past, it boasts a new clasp with a polished Omega logo on a satin-finished cover. The dial of the watch features a minute track  split by three divisions. The new movement can be viewed via a sapphire crystal case back. 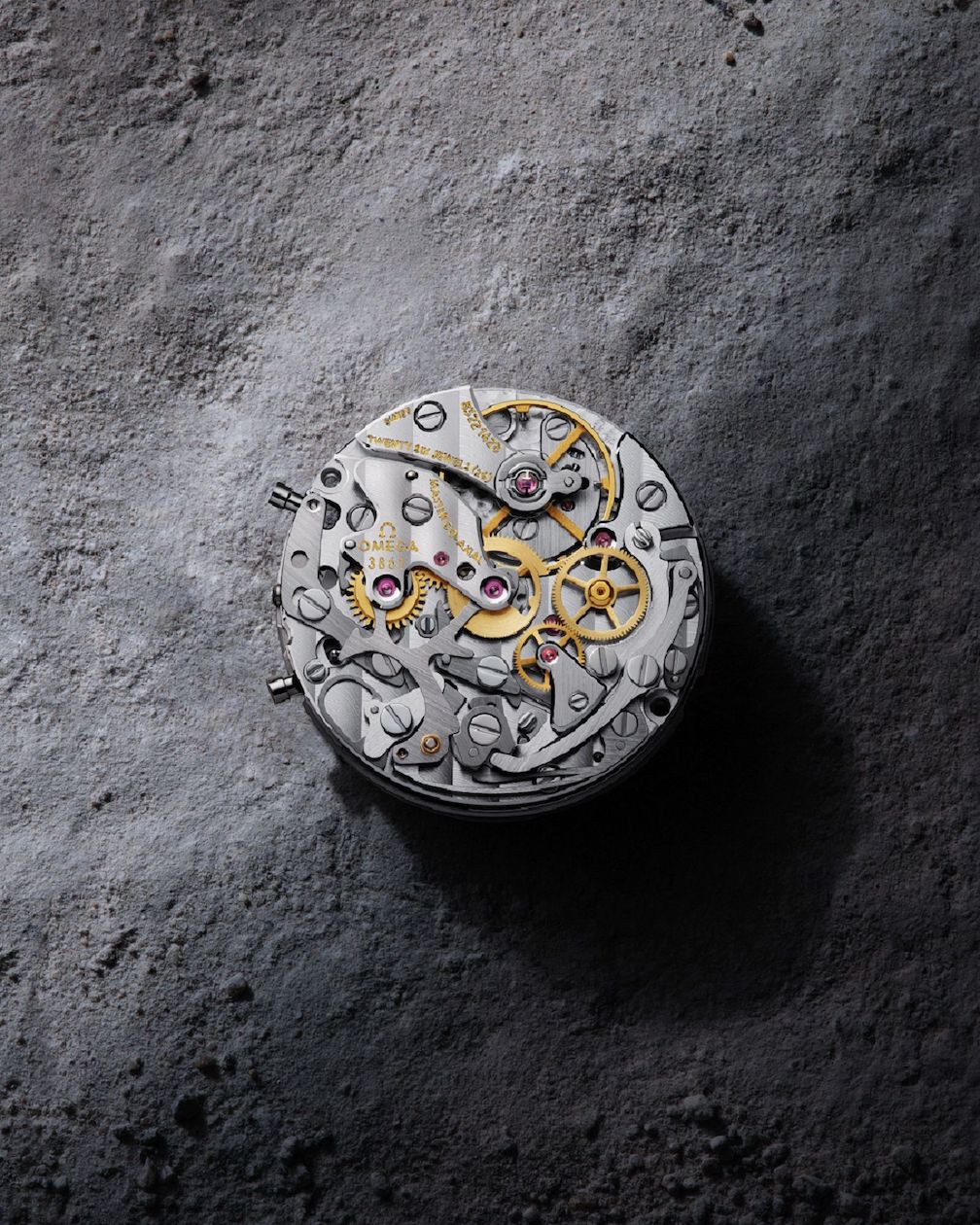 According to Raynald Aeschlimann, President and CEO of Omega, “When updating a sacred timepiece like the Speedmaster Moonwatch, every detail must be true to its original spirit. This chronograph is recognised the world over, so we’ve approached its design with the most sincere respect, while taking its movement to the next level.”

In fact, there have been many iterations of the Moonwatch over the decades, and even actor George Clooney wore one in the movie Money Monster. 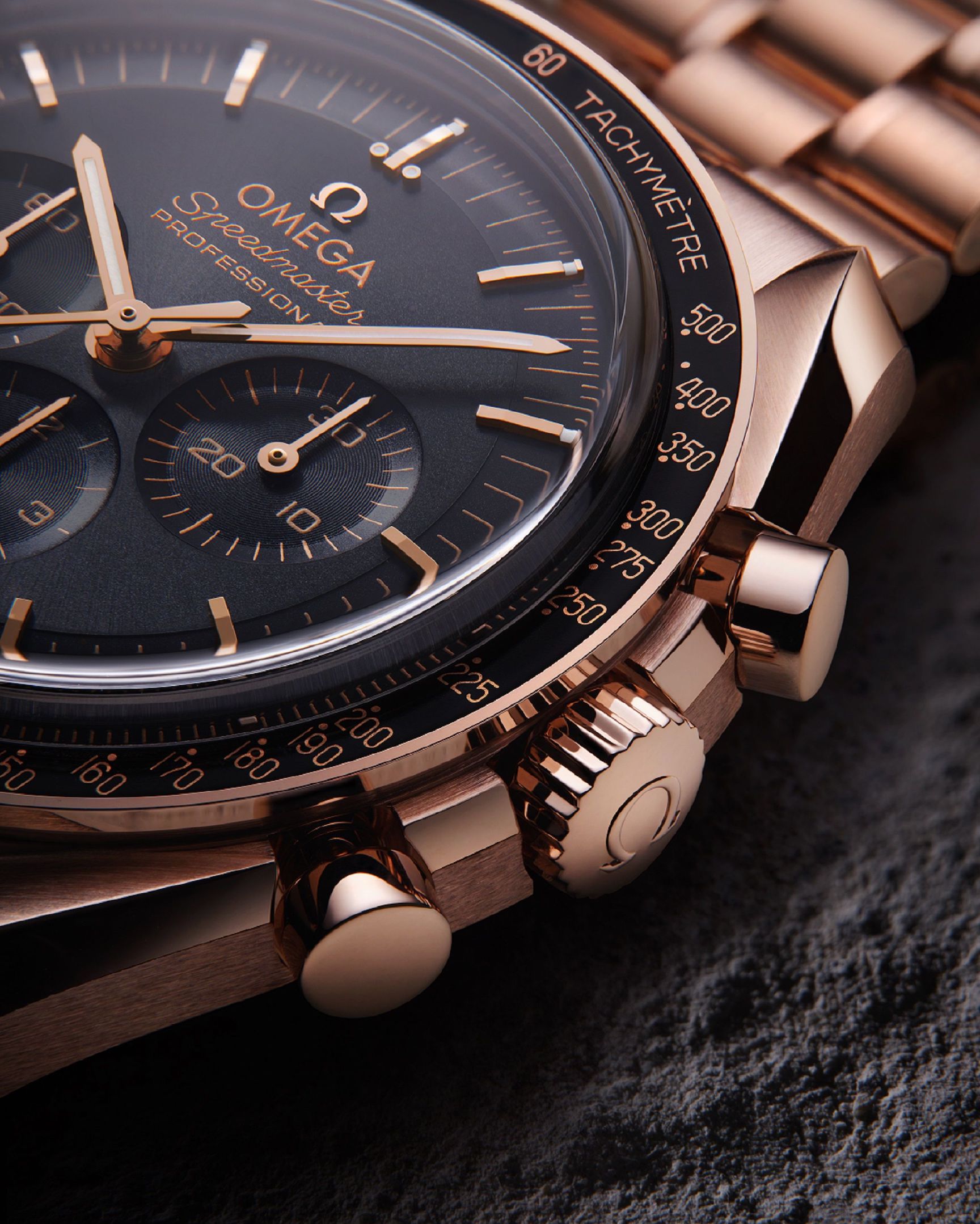