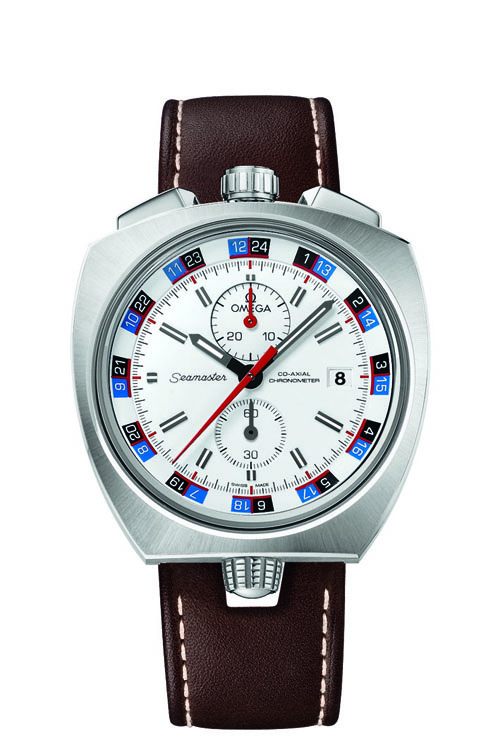 We posted on facebook about this watch yesterday – but we received so many emails that it made sense to post it here. This stunning vintage Omega Seamaster Bullhead is a  re-issued limited edition version of the original — a rare piece launched in 1969. The watch is characterized by its  symmetrical case and bezel that recalls the original — one of the brand’s most recognizable chronographs ever produced. The new piece is fashioned after the original, with a shield-shaped brushed and polished case and inner revolving bezel. 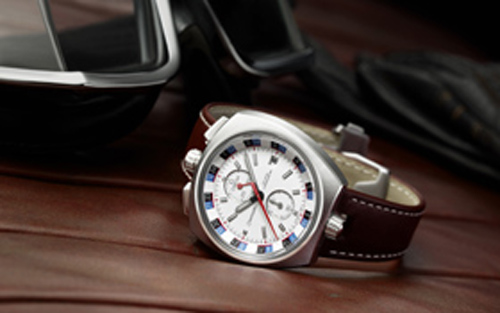 Its winding crown at 12:00, flanked by two chronograph pushers, was a unique configuration and therefore a “must” in the new timepiece, though they are flat instead of round as in the original. The new Bullhead is naturally powered by an updated movement – the automatic Co-Axial caliber 3113, which replaces the manually-wound caliber 930 found in the vintage model. The movement is equipped with a column-wheel chronograph mechanism. Its white bi-directional rotating inner bezel has a 24-hour scale. Produced in a limited edition of 699 pieces, the chronograph is water-resistant to 150 meters. The watch is priced at a cool  $9,600.