Giants Quarterback Eli Manning may not be having his best season yet. However, time alone will tell how it all pans out.  According to 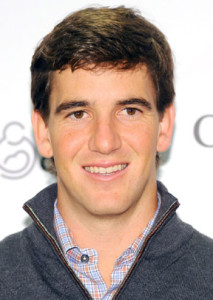 Manning, time is something he totally respects. This son of former NFL quarterback Archie Manning, and younger brother of Denver Broncos quarterback Peyton Manning, grew up around football.  And no matter how this season goes, Manning still holds the Giants’ record for the most touchdown passes and completed passes in a career. Manning led the Giants to victory in two Super Bowls – defeating the New England Patriots both times.  A twice-MVP player – and brand ambassador for Citizen Watch Co. — shares his thoughts on how time plays a role in his life.

Manning says he is addicted to being on time.  “It has becomes such a habit for me now that I hate being late for anything. These days I even try to be five minute early, and I have taken that creed into my personal life, as well.”  Manning says that during season, meetings take place daily and being even one minute late earns you a fine from the coach.

According to manning, time management is critical not just to him but to the team as well.  “We have to be so aware of time. You have to think about how to use your time outs, what decisions to make, how fast you have to move, how many opportunities are left to score. Time is so super important on the field that it is a critical factor.”

With time being the overbearing presence in his life, Manning admits he always wears a watch (except on the field) and has since his early years.  “The first watch I remember wearing had a Gatorade logo on it, because my   dad was doing endorsements for them. I wore that watch all through college,” laughs Manning. 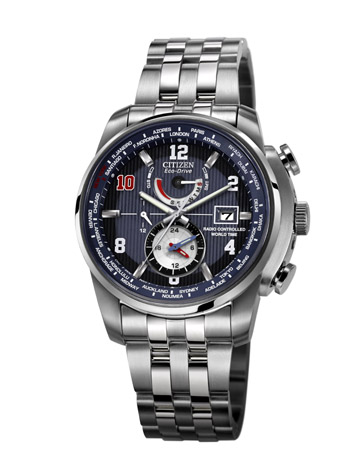 Today, Manning is an ambassador for Citizen Watch Company and recently worked with the brand to design his own watch, the Citizen Eco-Drive Limited Edition Eli Manning World Time A.T watch.  The radio-controlled timepiece features an atomic clock synchronization, alarm function and perpetual calendar. It features a blue dial (no surprise there) and a red number 10.