Exclusive: Inside the Tourbillon Room at Breguet 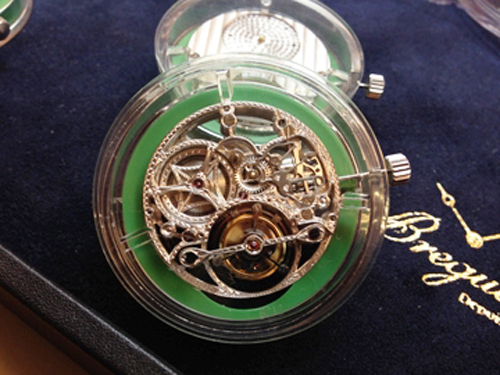 It is common knowledge in the watch world that Abraham-Louis Breguet invented the tourbillon — a highly precise mechanism that eliminates certain problems in accuracy due to the effects of gravity when the watch is in certain positions.  Breguet first conceived of the tourbillon in 1795, 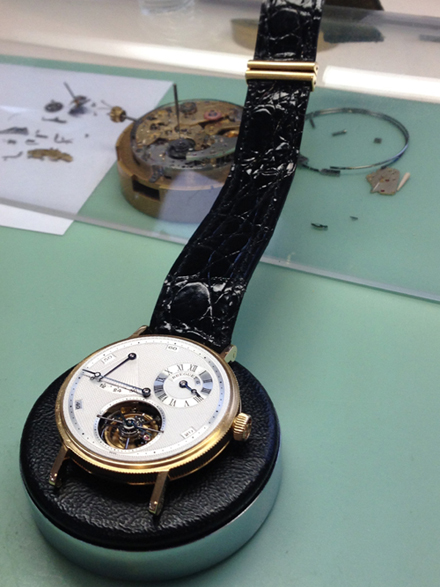 Specialty pieces are assembled by one watchmaker from start to finish.

though it was not patented until 1801, and not marketed until 1805. Indeed, Breguet was a man driven by perfection – passionate about measuring and interpreting time in mechanics. His genius and foresight made him a man almost ahead of his time. 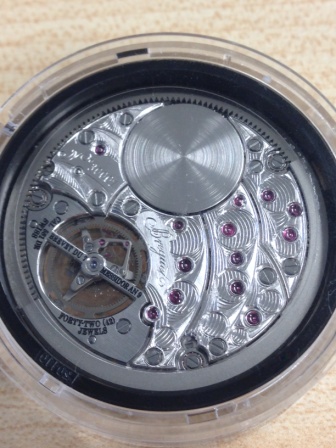 The craftsmanship that goes into the making of a tourbillon escapement and movement is exacting and time-consuming — thus ensuring their exclusivity. 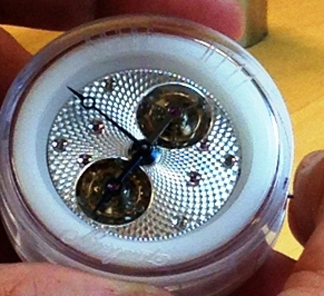 Breguet’s TWin Tourbillon was patented in 2006.

In fact, over the past 10 years, Breguet has registered more than100 patents in watchmaking –some of which revolve around the tourbillon escapement, materials and technology. Among those: the Twin Tourbillon (patented in 2006) and the winding stem and time-setting device for the Twin Tourbillon.

As such, the tourbillon room in the brand’s Manufacture in the Vallée de Joux is one of the most revered, and pictures of the room and its craftsmanship are not allowed. 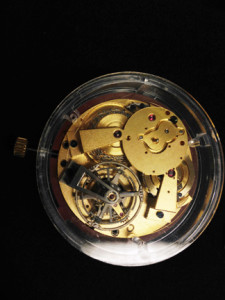 However, we were able to get close up with some of the varied movements in all their glory, including several with important silicium components, and theTradition with chain and fuse – all demonstrating how Breguet’s past has fused with the present and made a strong visionary play into the future.

I Went To The Seaglass Rose’ Experience With Corum, Here’s What Happened
October 21, 2013