On May 16th 2022, Nimsdai Purja became the first mountaineer to ascend the summits of Everest, Lhotse and Kanchenjunga without supplemental oxygen in the record-breaking timeframe of just 8 days, 23 hours and 10 minutes. He also set a second record of doing the Everest to Lhotse traverse without oxygen in 26 hours. He undertook this challenge wearing the Montblanc 1858 Geosphere Chronograph “0 Oxygen” LE290 watch, which was unveiled earlier this year, on his wrist,. The watch is a world-first, too, as it is the first to be built in a zero-oxygen setting and so is  devoid of all oxygen. 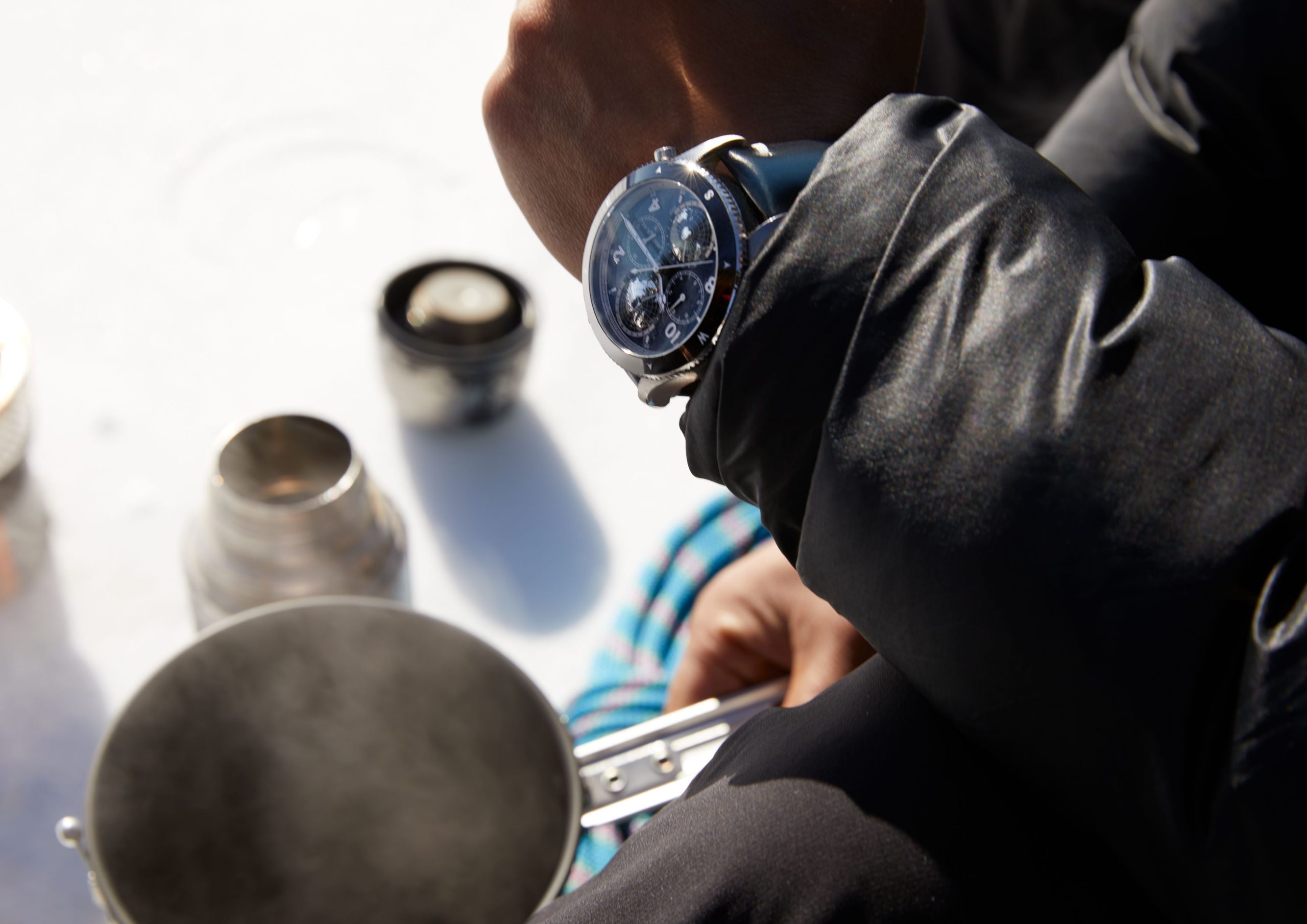 Beginning on May 7th and until May 16, 2022, Nepal-born British mountaineer climbed Kanchenjunga, then Everest and lastly Lhotse – all without oxygen.

The Montblanc 1858 Geosphere Chronograph “0 Oxygen” timepiece is created in a limited edition of just 290 pieces.  The fact that it has zero oxygen inside the movement helps to  eliminates fogging, which can occur with drastic temperature changes at altitude, and prevents oxidization. Without oxygen, all  of the components last far longer and will provide greater precision over time. Every one of the watches has undergone Montblanc’s 500-hour test, but the biggest test of all was being on these climbs exposed to the elements and is still working precisely and effortlessly. 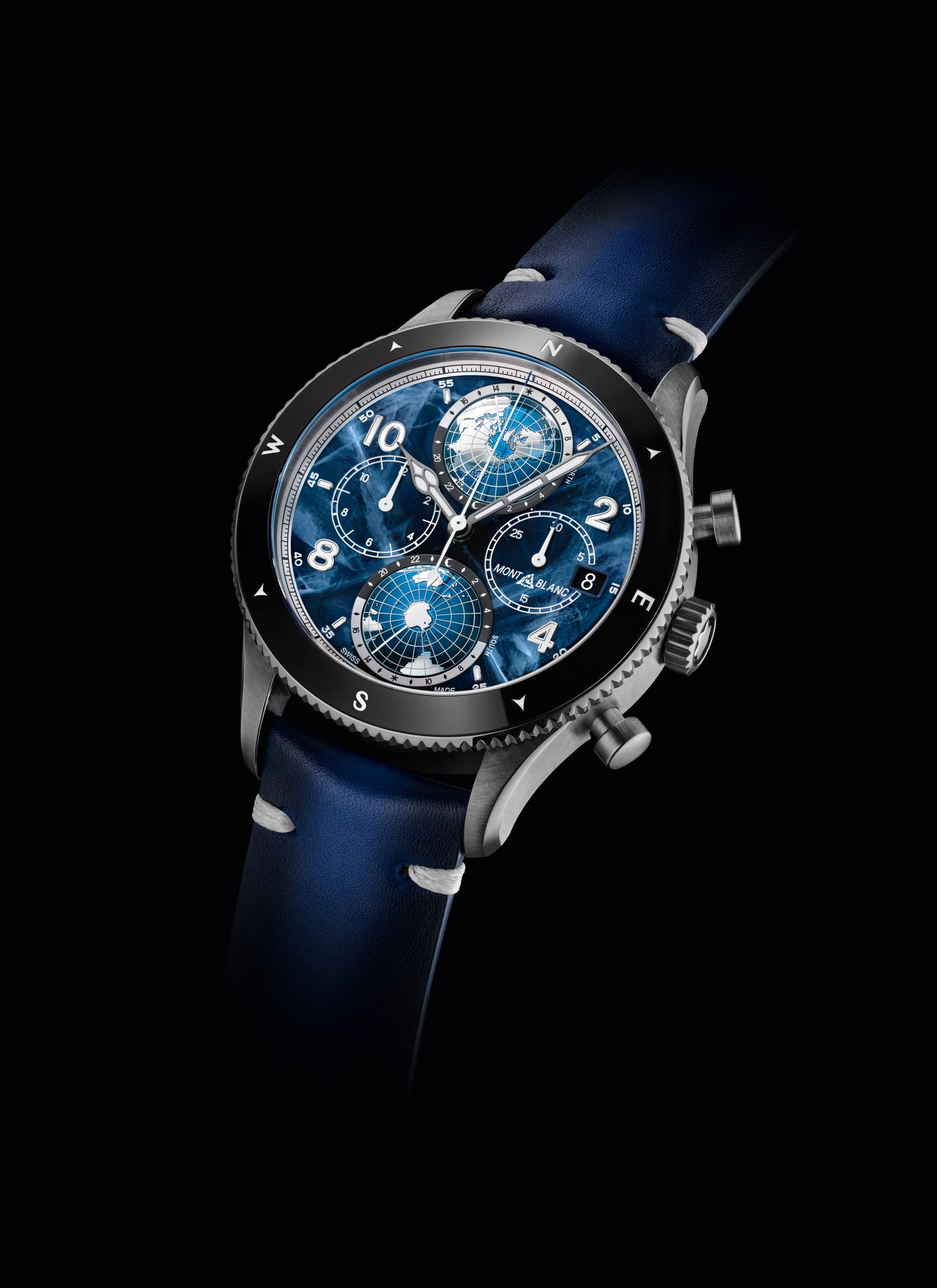 Montblanc is also committed to supporting Nimsdai’s foundation, the Big Mountain cleanup to  help clean and preserve the mountains for future generations. “The initiative addresses the waste generated by the increasingly popular mountain expedition culture by providing full time, seasonal clean up teams on all widely climbed mountains around the globe, paired with associated regional recycling and educational initiatives.”

“I am thrilled to have completed the challenge I set myself, and in doing so, continue to prove what humankind can do with the right preparation and focus. I am very thankful for Montblanc’s support, not just providing me with this innovative watch built for extreme conditions, but also participating in our collective efforts to tackle the issue of the accumulation of expedition waste that is polluting the environment of the Himalaya s,” says Nimsdai Purja. 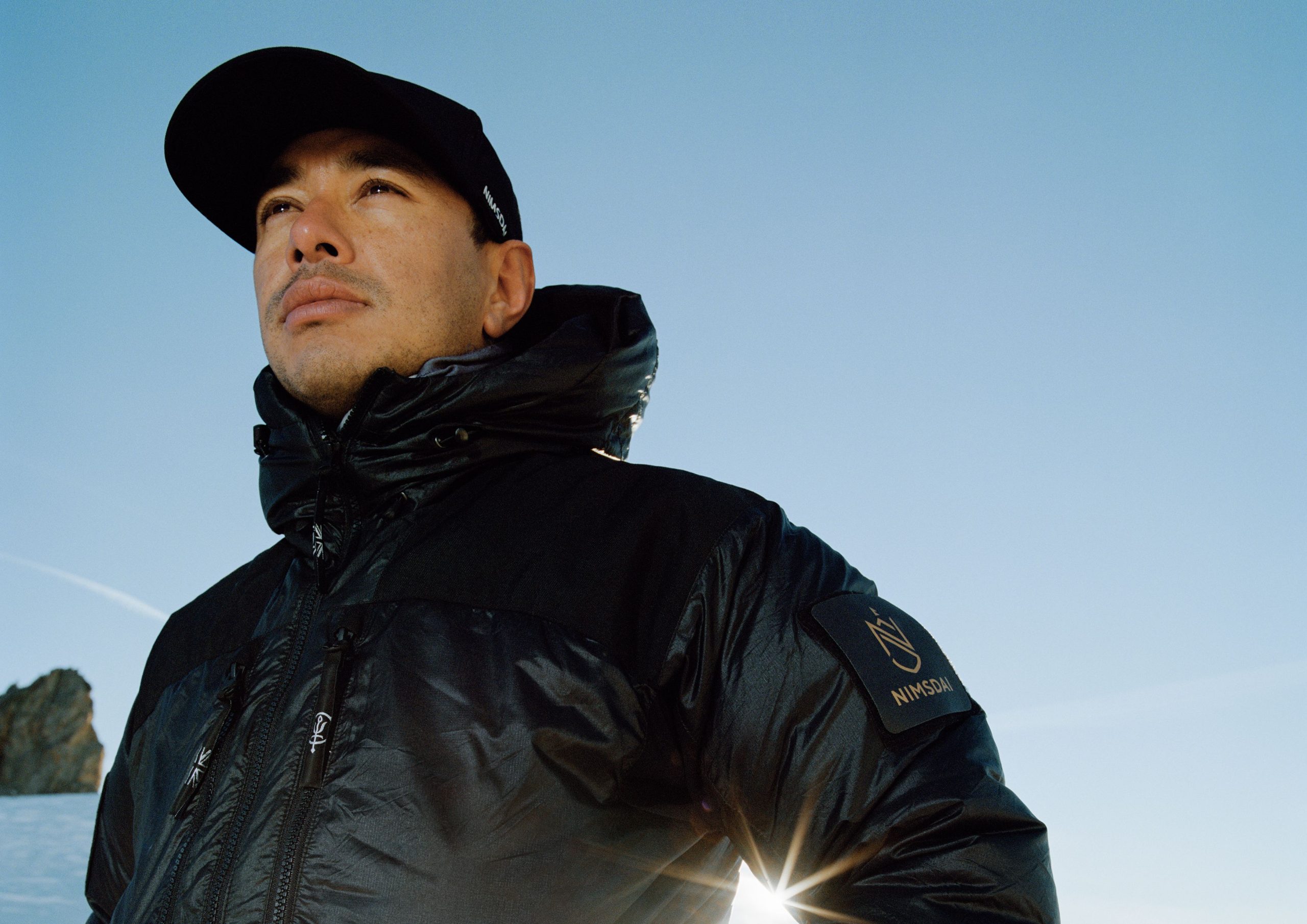