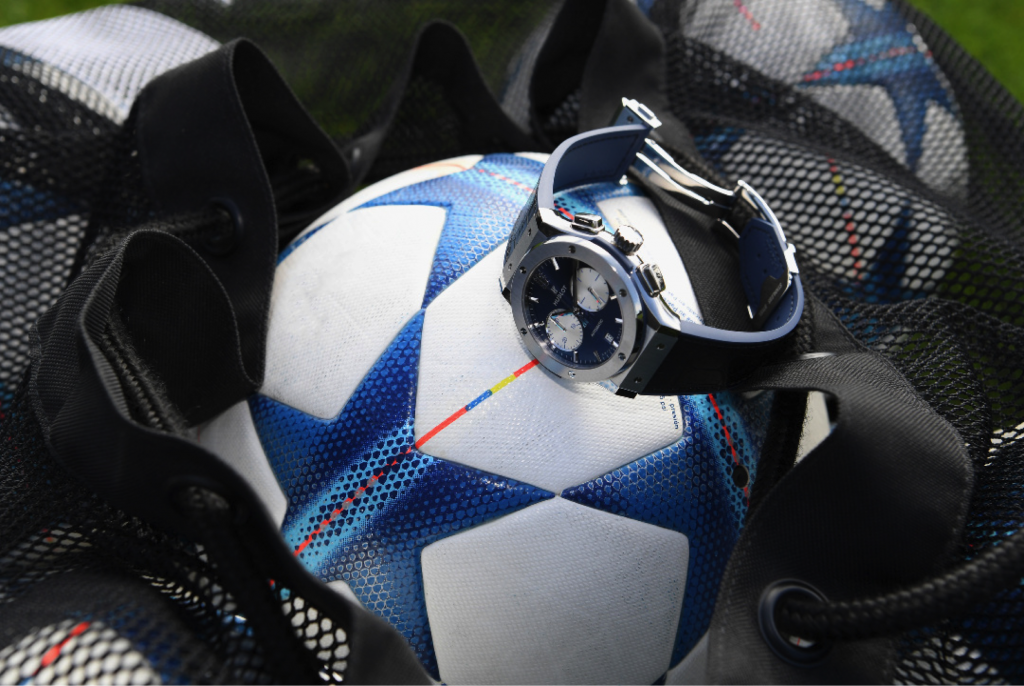 Anytime a watchmaker partners with an acclaimed brand, the outcome is almost always momentous. The case of Hublot’s union with the esteemed 2015 Premier League Champions Chelsea Football Club (CFC) is certainly no exception. Hublot has announced its Classic Fusion Chronograph Chelsea to capture the beauty and technical precision that each organization strives to create.

This 45mm satin-finished, polished titanium case houses Hublot’s own HUB1143 self-winding movement able to handle a chronograph and date window with a 42 hour power reserve. A watch for “The Blues,” as Chelsea is often known, wouldn’t be fitting without a blue sunray satin-finished Dial complete with the iconic CFC Lion sitting at 12 o’clock. 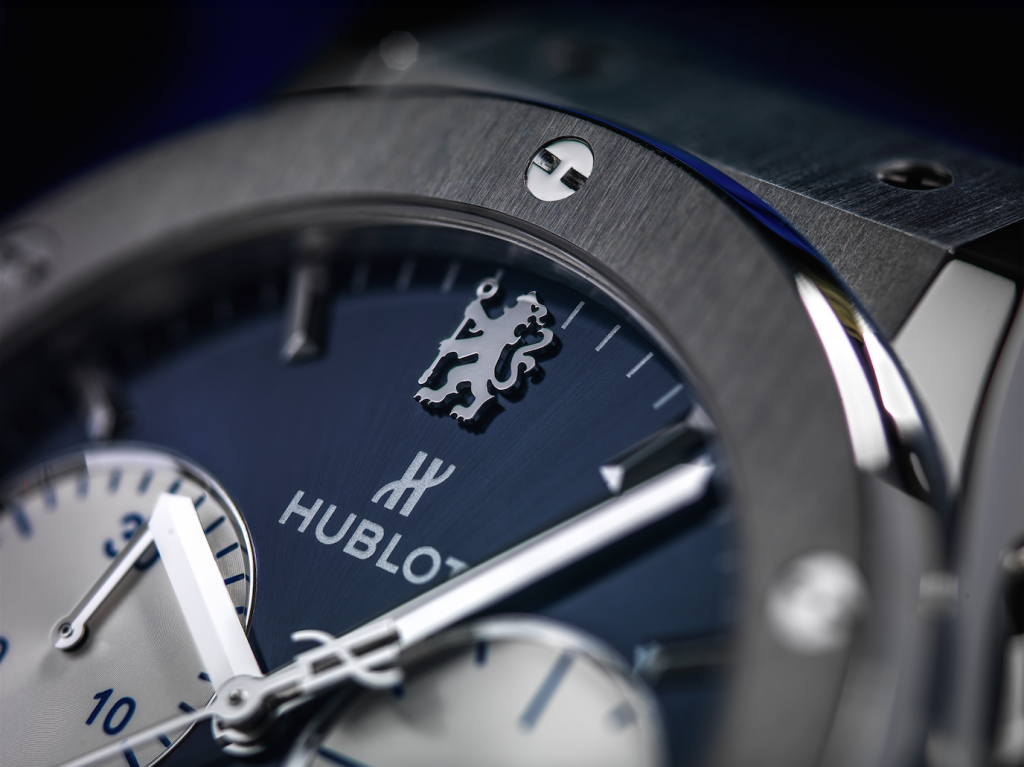 The appearance of the piece is quite minimal in all. Keeping just hash marks for the hour indices, the Classic Fusion Chronograph Chelsea still maintains a polished look. Fitted with a blue rubber and black alligator strap the piece highlights Chelsea’s colors in a uniquely subtle way.

As the official timekeeper of Chelsea as of August 2015, Hublot’s presence at the London Based Stamford Bridge stadium has been recognizable. This creation seems to be the next logical step in the developing relationship between these two powerhouses.  On April 13th 2016, the brands came together to help announce Hublot’s first watch made in honor of Chelsea. Hublot CEO, Ricardo Guadalupe met up with Chelsea managing director, Christian Purslow and big names like Eden Hazard, Cesc Fàbregas and Pedro to perform a special shooting challenge, epitomizing the common ground that connects these two forces. 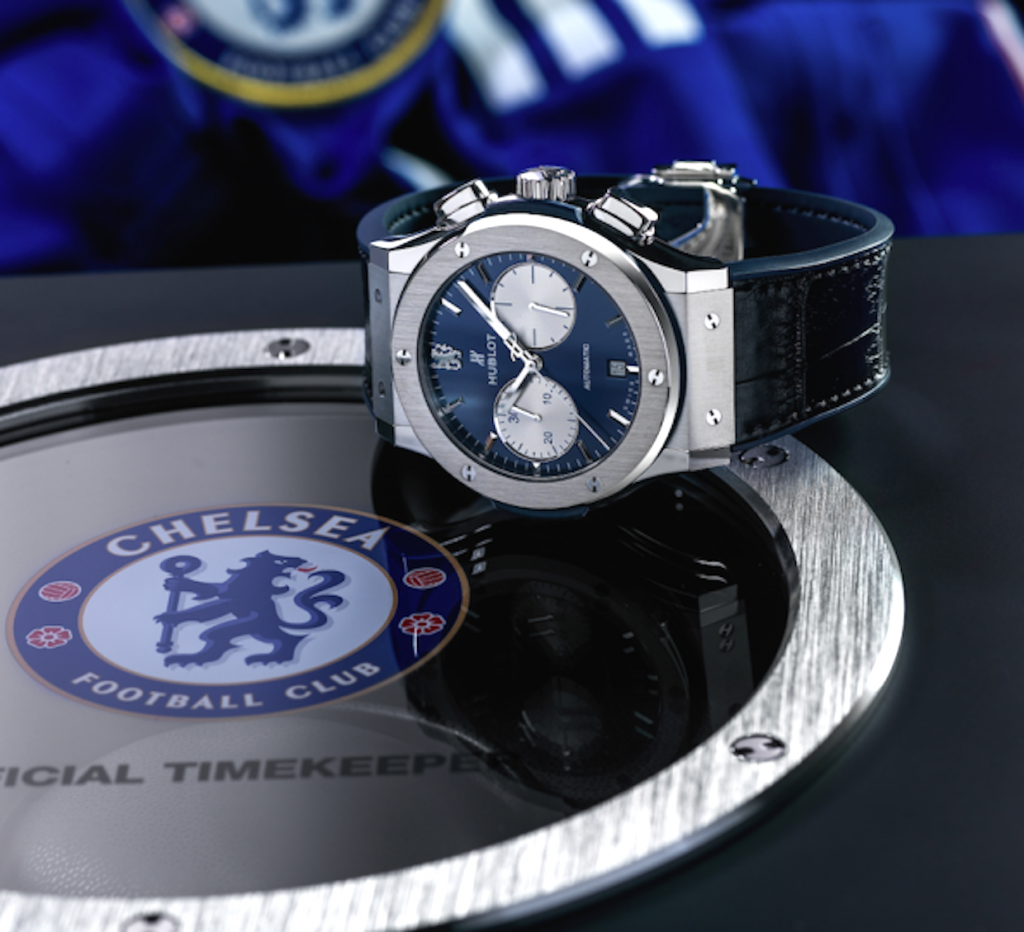 With just 200 pieces being assembled, the limited edition Classic Fusion Chronograph Chelsea is an impressive piece. Surely an exciting occasion for the watch-collecting Blues supporters.