Are Smart Watches Getting Smarter? Why the deGrisogono Samsung Gear S2 is Draped in Diamonds 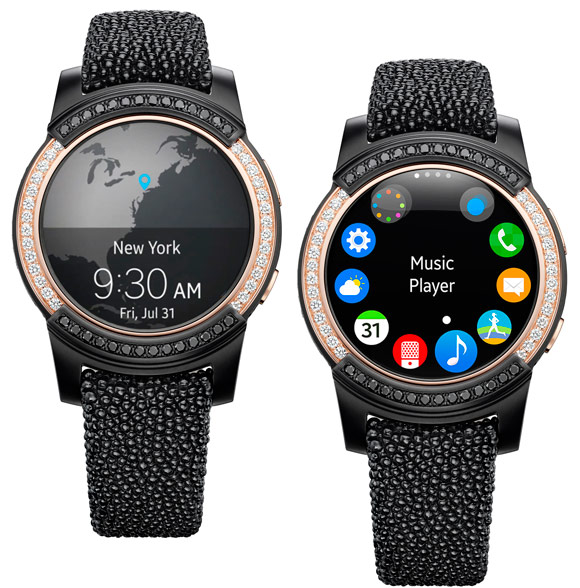 It is no secret that Smart watches seem to be tripping over themselves as they burst onto the market. Perhaps the only Smart Watch not doing that is the all new  haute joaillerie de Grisogono Samsung Gear S2. The Baselworld 2016 introduction,  which left many people shaking their heads at the audacity, may be the smartest on the market — because it has the typical de Grisogono bling.

While it may well be the most expensive Smart watch to date, Fawaz Gruosi, founder of de Grisogono wouldn’t have it any other way. “As soon as discussions started, I knew that there was only one way I could do this watch,” he says with a smile, “with diamonds. This is what people expect from us.” 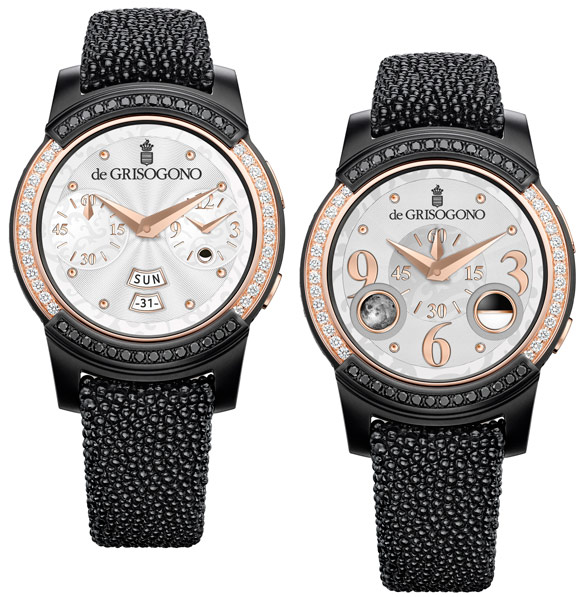 While the bling doesn’t make the watch any smarter (in terms of intelligence), it does a lot to smarten up the look of a high-tech — distinguishing it from the sea of sameness currently on the market. This timepiece also marks the first time the brand has unveiled a round watch for women. Heretofore, the brand has offered square, rectangular and unusually shaped watches with diamonds or gemstones dangling from them.

The de Grisogono Samsung Gear S2 is user friendly, as the diamond-set gold bezel activates the “smart” functions (that include notifications, activity logs and more). As the wearer turns the bezel, parts of it disappear beneath two black Diamond Like Carbon coated (DLC) arches that protect the smart watch technology.  With a battery life of up to three days, the watch features a choice of  digital “traditional” dials (black or white), and each is chocked with timekeeping as well as digital abilities. Versions include a two-hand dual-time display (with day/night indicator), and a two-hand with central seconds counter, power reserve and moonphase display. It will retail for $15,000. 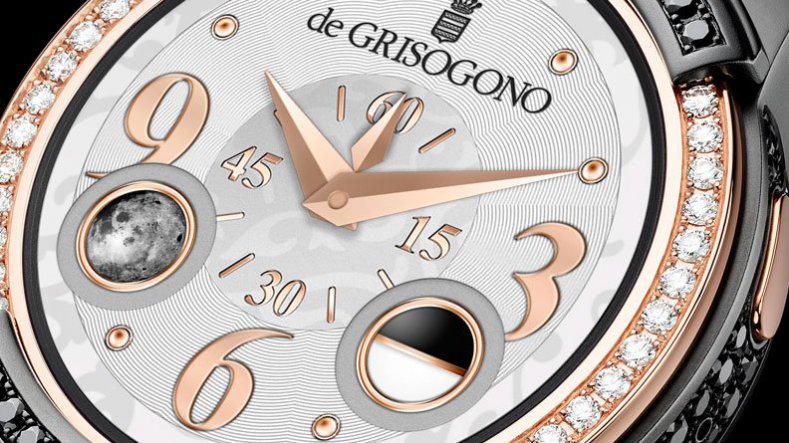