It isn’t everyday that an auction house can come in as the new kid on the block and powerhouse through a single day sale — making world records that stun Rolex lovers and poke a little thorn into the sides of  the tried-and-true houses such as Sotheby’s, Christies’ and Antiquorum. However, Phillips has done just that.

Phillips in Association with Bacs and Russo- May 9,10 Geneva Auctions

This past weekend at LaReserve in Geneva, Phililips, in Association with Bacs & Russo (formerly of Chrisites fame), held two days worth of auctions — with the first day  dedicated solely to one of the most coveted watches: the Rolex Day Date, and the second day, the “One” auction, to a variety of very important brands. The entire two-day sale totaled a whopping $31.8 million, with several watches selling not just for over a million, but also — in the case of an extremely rare stainless steel Patek Philippe single-button doctor’s chronograph — selling for up to $5million ( new record price for a steel watch at auction).

The first day, where the Glamorous Rolex Day Date auction took place, 60 lots were up for sale and every single lot sold– for more than $6.6 million in total — a world record for any Rolex Day Date-dedicated auction.  It seems the new guys on the block know what they are doing — that may be because the combined expertise of these auctioneers yields massive power. Additionally, Phillips says its creed is to focus on smaller sales with top-quality vintage and historical pieces. We think they have delivered. 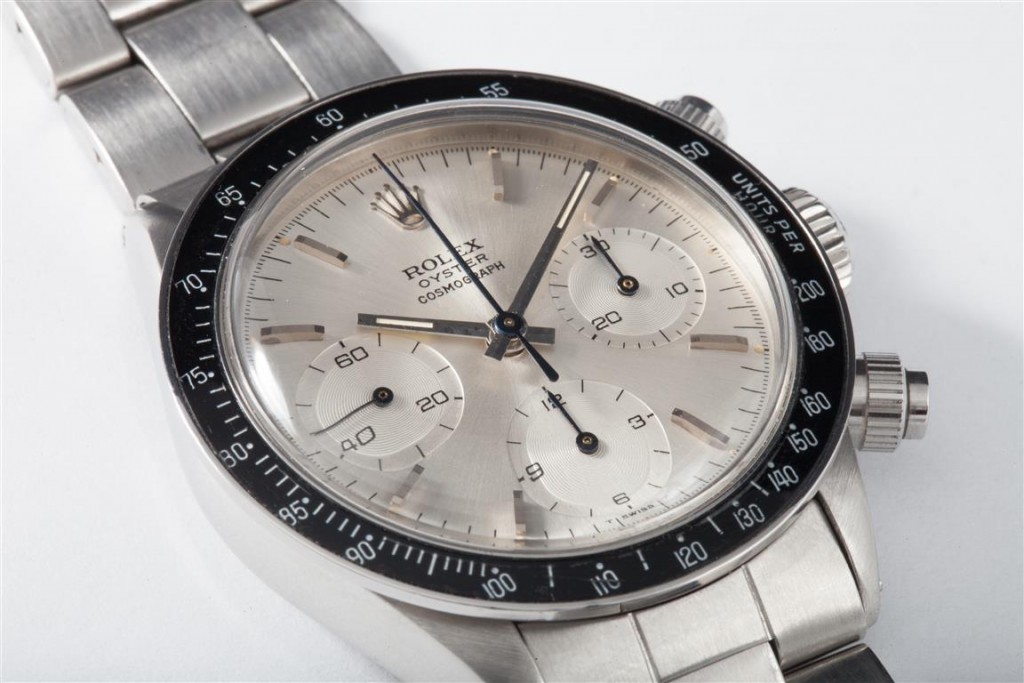 Here, we bring you a quick look at some of the top lots and the more interesting pieces that sold over the weekend.
There has been a lot written about this watch, and one of our foremost friends and colleagues, Ben Clymer probably did it best in a write up they did just about two years ago. (You can read that here.)  The highly prized Rolex Oyster Cosmograph Albino Ref/ 6263  that comprised Lot 214 of the Phillips day two auction dates back to 1971, but its real history begins in the late 1990’s, when it was purchased  by three-time music hall of fame Eric Clapton. It then went up for auction in 2003 by Chrisites and later Sotheby’s where it sold for $505,000 and broke world records for a Rolex Cosmography.The Ref 6263 is praised for being one of just four examples of the white dial Cosmographs with white/silver subdials ever made . Phillips brought it to auction during its second sale day in Geneva, where fierce bidding drove the price to a smashing $1.43 million. 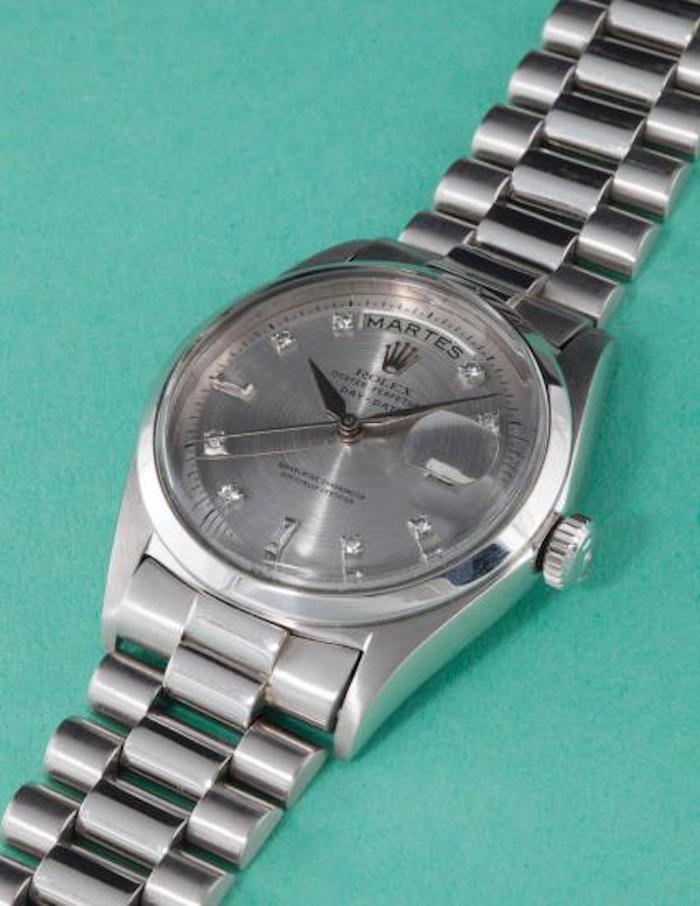 During the first sale day of Glamorous Rolex Day Date watches, the top lot was the Big Kahuna, Rolex Day Date Ref.  6612. This watch is just one of two known references — crafted platinum with diamonds and created circa 1958. The watch  broke world records by fetching $507,865. 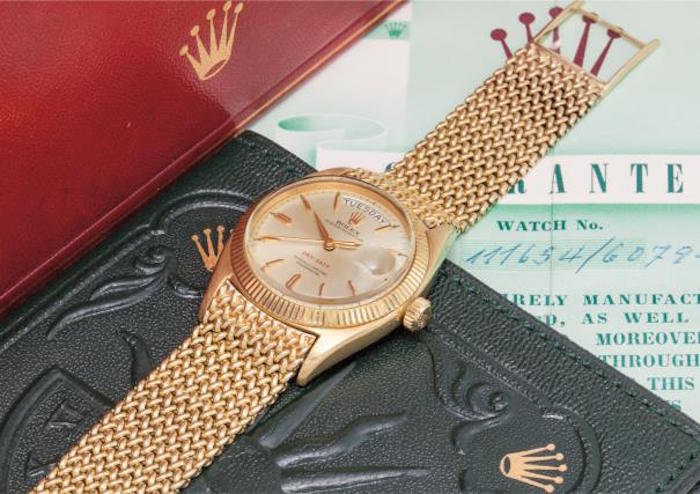 Other Rolex watches that surpassed their expectations included Lot 40, the Day-Date 6511 in 18-karat yellow gold. Circa 1955, the 36mm watch was sold complete with Rolex guarantee, Rolex wallet and presentation box. Expected to sell for $20,000 to $40,000 — the watch sold for more than $205,000. Similarly, a very unusual Rolex, referred to as the Brooklyn Bridge thanks to the dial design, sold for more than three times its estimate.  Lot 21 is a platinum and diamond watch, the Rolex Day-Date Ref. 1804, circa 1961 with an automatic movement in it. Its top expected price was about $100,000 but it sold for $328,000. 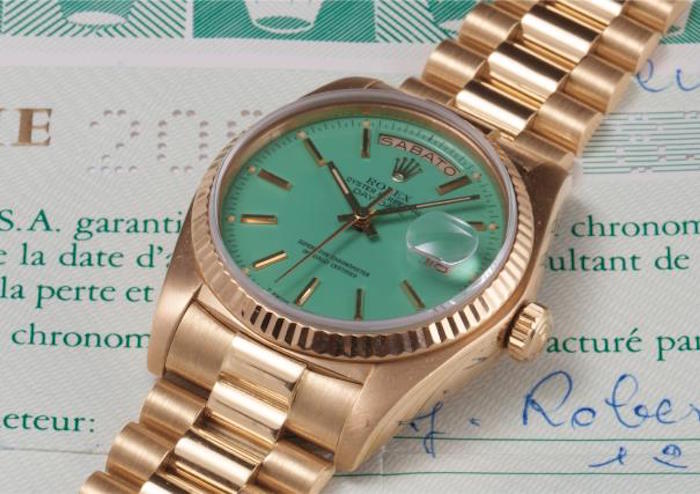 Not  everything was uber-expensive, though. Some watches that were not top of the list sellers, nonetheless had some glamour to offer. Such is the case with Lot 5, the Rolex Day-Date 18038 watch in 18-karat yellow gold. Built in 1984, the 36mm watch with automatic caliber 3055, sold for just over $40,000.