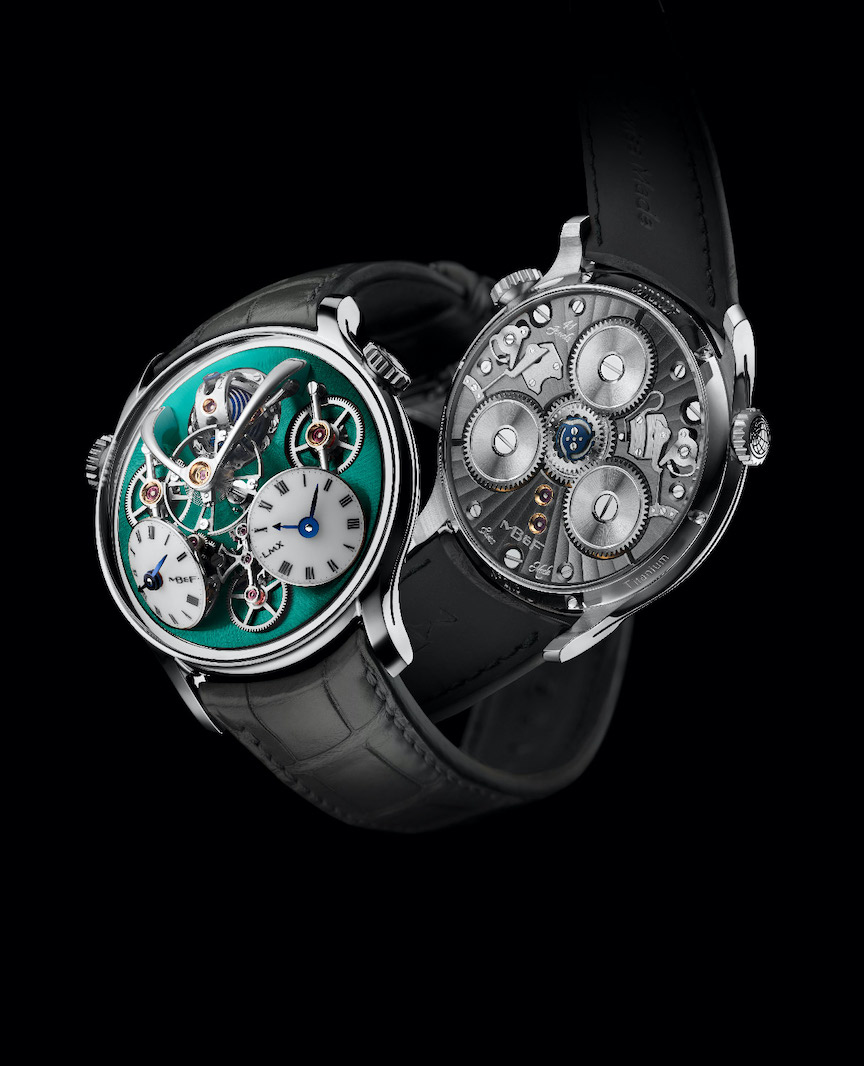 MB&F LMX watches mark the 10th anniversary of the first round Legacy Machine.

It’s hard to believe that it was 10 years ago already that MB&F released its first-ever round watch. It was so unusual for the brand that it was revolutionary. From the first Legacy Machine version with a flying balance wheel to a version with an alien sculpture that raises and lowers its head to indicate vertical power reserve, and the FlyingT tourbillon with tilted dials in 2019 — the Legacy Machines have captures hearts and souls. Now, to honor the 10th anniversary, MB&F unveils the LMX/10 Years watches with dual time zone indication – another first for MB&F.

Conceived of and developed in house, the new watch features two independent time zones –each on a tilted dial on the lower portion of the  watch for great 3D appeal and harmonious balance. Each dial also has its own crown for setting, so there is a crown at 2:00 and at 10:00 on the case. Other than that, much of the movement mechanics is visible from the dial side beneath the large sapphire crystal dome. This includes the battle-axe shaped escapement bridge and the gear train components. The three wheels  include the seconds’ wheel and the two wheels that fly into motion when setting the dual time dials.  The watch also boasts a new balance wheel with inertia blocks instead of screws for greater accuracy. 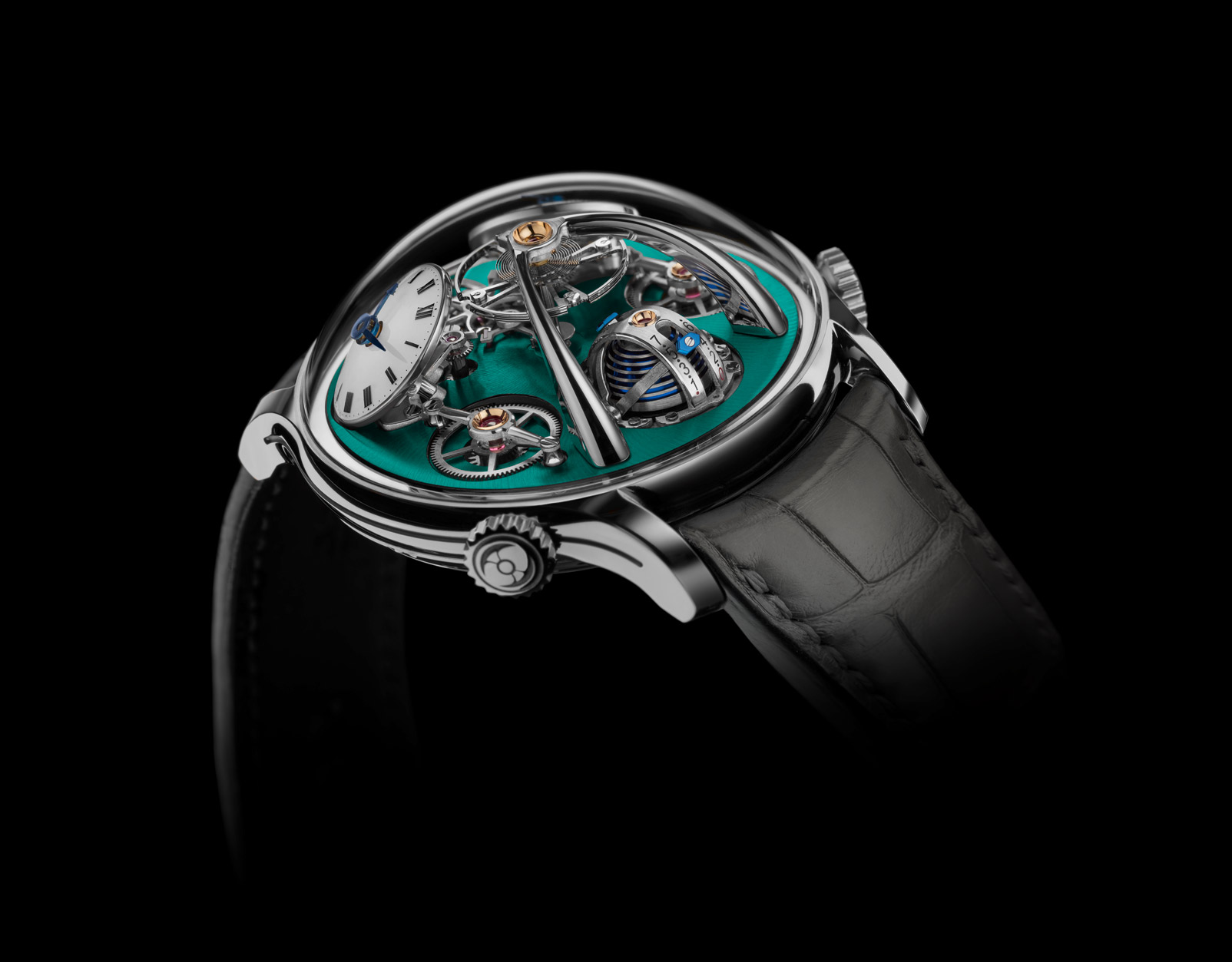 The new MB&F LMX watches offer a great view of the 367-part movement from front and back.

The LMX/10 Years watch also features a three-dimensional hemispherical power reserve display that showcases the seven days of reserve. There is an option to select one of two modes of counting down the power reserve. Essentially, there are two markers on either side of the hemisphere, one that counts numbers (1-7) and the other that shows days of the week. The entire power reserve display also rotates to make viewing easier.

Via the transparent sapphire case back, one can study the three barrels harmoniously placed and finished with a sunray pattern in Côtes de Genève finishing.  Two versions of the new watch will be made. One in titanium retailing for $112,000 and ccreated in a limited editon of 33 pieces, and one in 18-karat 5N rose gold, retailing for $128,000 and created in a limited editon of 18 pieces. 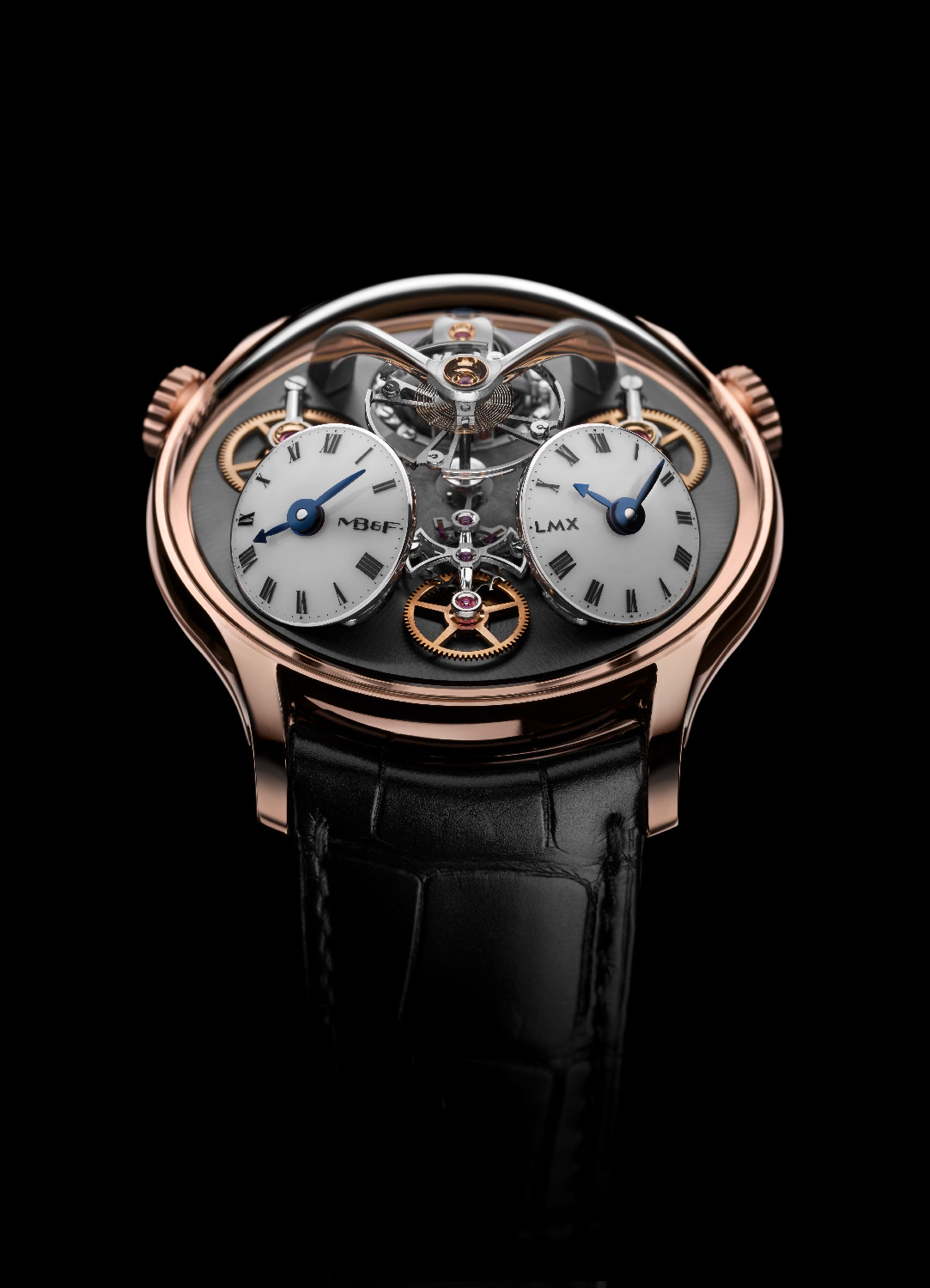 There will be 18 pieces of the MB&F LMX watch made in gold.

Technical Specs of the MB&F LMX 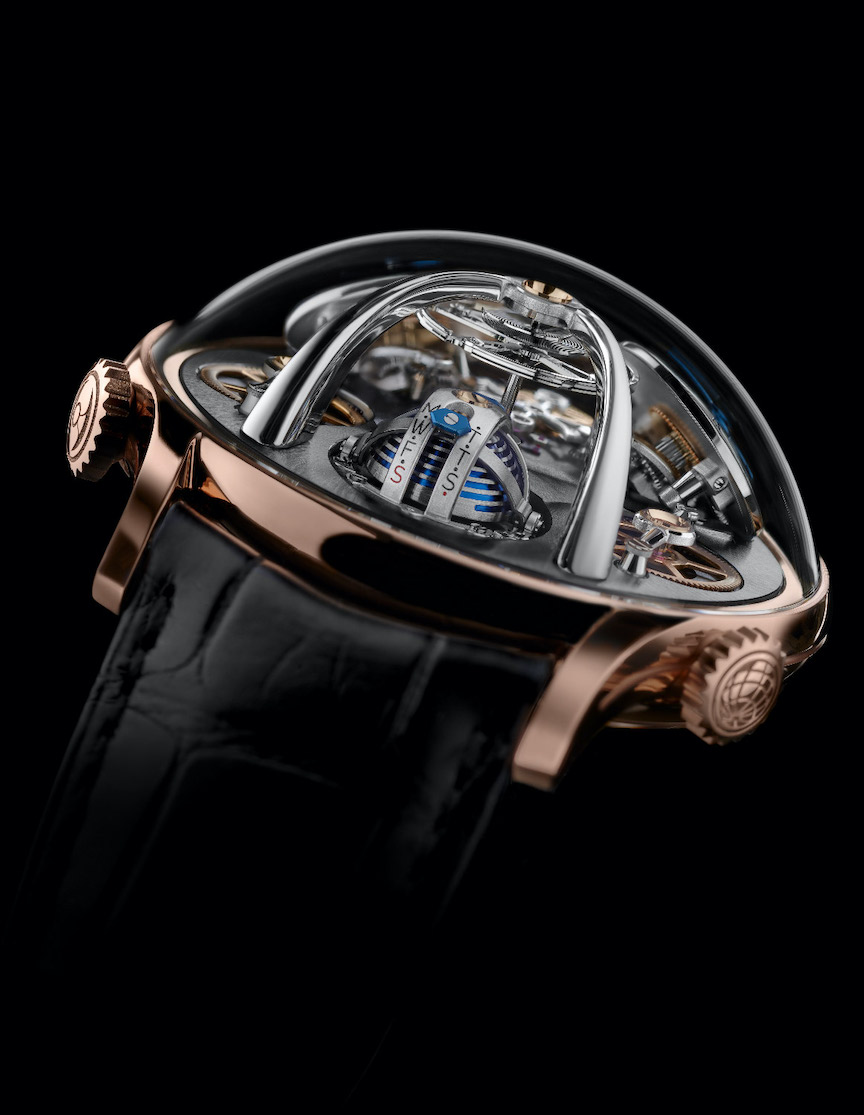 The MB&F LMX watches feature a hemispherical power reserve indicator that rotates and allows for countdown of the power reserve in one of two ways, by numbers or by days of the week.