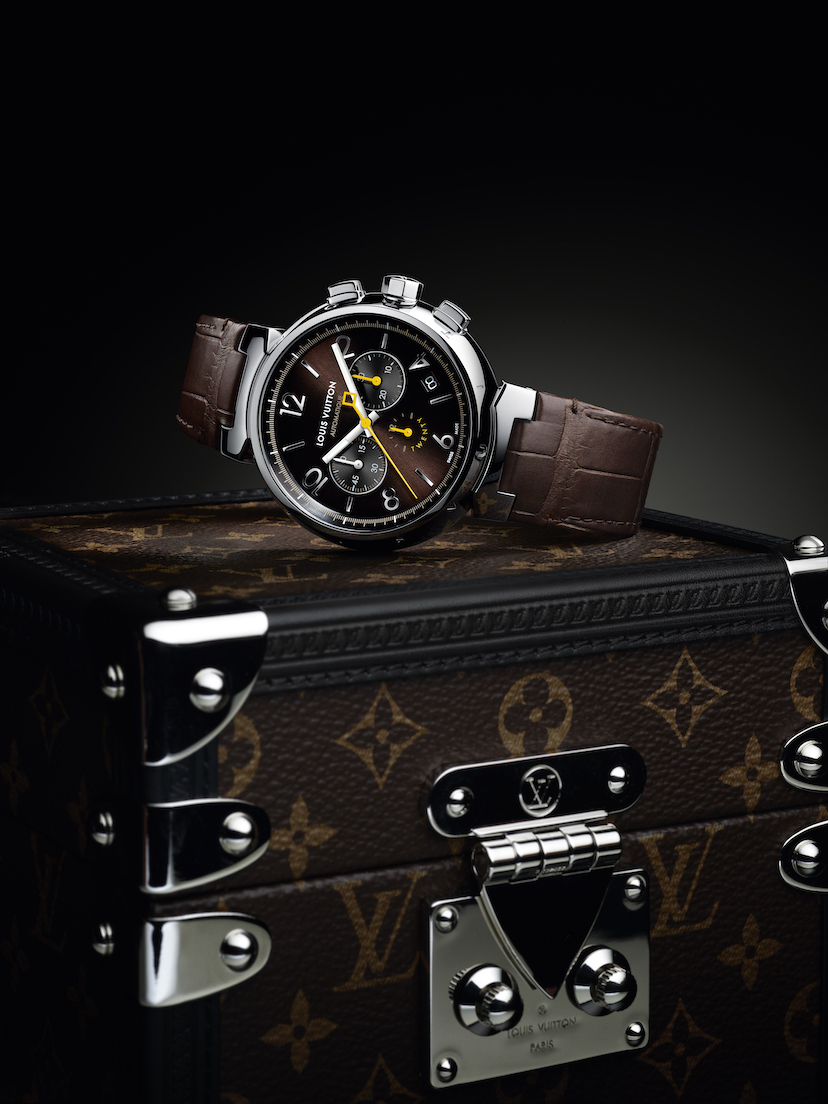 Even though Louis Vuitton has roots dating back well over 100 years, the brand is relatively new when it comes to watchmaking. However, what is has created in its short watchmaking life has been particularly impressive. It was in 2002 that the iconic house of Louis Vuitton introduced its first Tambour watch. I remember how excited the brand was to have its own case shape and a plan for future innovations to be put inside it.

Inspired by the English drum, the Tambour had a round case shape but with thicker case sides that flared out to emulate a drum and integrated highly shaped lugs that almost resemble a handle. While Louis Vuitton had begun creating watches more than a decade earlier, in 1988, the Tambour was a significant collection, as it was the first watch to make its debut since the brand opened its workshops (also in 2002). Now, 20 years later,  Louis Vuitton releases the Tambour Twenty watch. 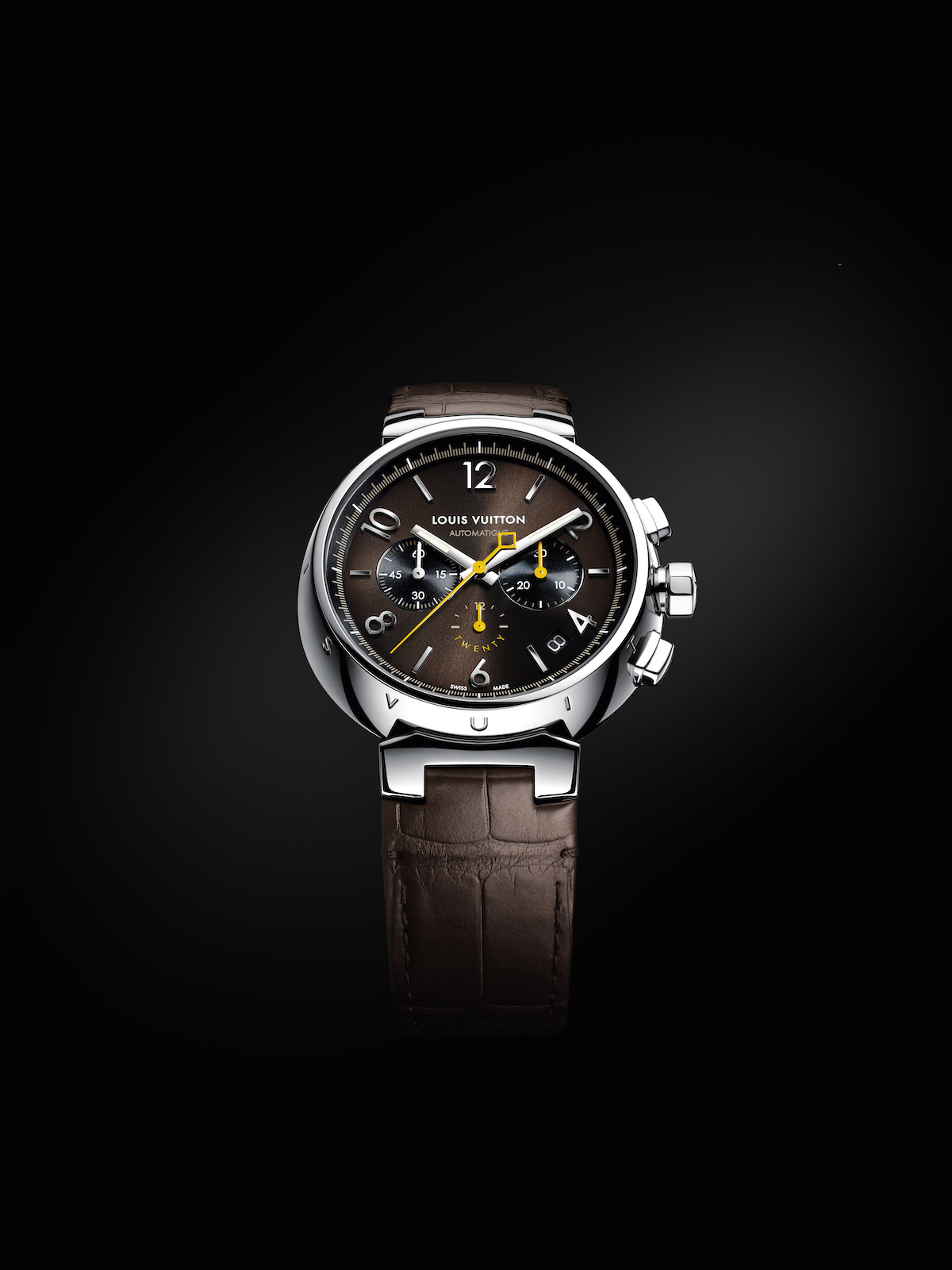 Louis Vuitton Tambour Twenty is created in a limited numbered edition of 200 pieces.

Like the very first Tambour, which housed an automatic GMT movement, the new Tambour Twenty also houses an automatic movement. This one, though, is a chronograph movement. The Fabrique du’ Temps LV277 is a high-frequency caliber based on the Zenith El Primero movement, which was the first automatic chronograph in history. Both brands are owned by the LVMH Group.  The rotor inside the movement is crafted of 22-karat gold and the watch boasts 50 hours of power reserve. The new watch is also larger than the original one. The 2003 version measured 39.5mm in diameter, while today’s watch is slightly larger at 41.5mm in diameter. 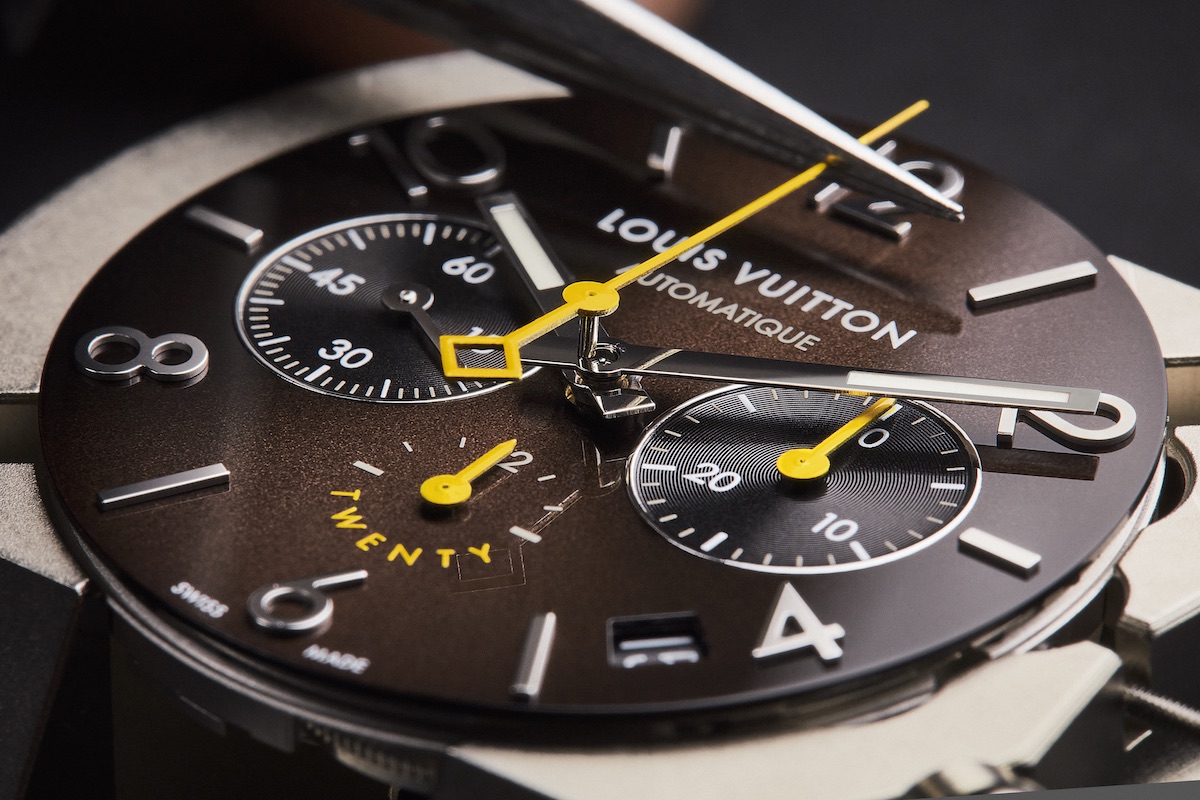 Louis Vuitton Tambour Twenty features yellow hands like the original one from 2002.

Also, like the first watch, the new piece features a brown-hued sun-brushed dial. Like its first Tambour chronograph released in 2003, the Tambour Twenty boasts a long yellow hand for the central seconds chronograph function and two smaller yellow hands for two of the subsidiary dials. The name Louis Vuitton, which has 12 letters, is engraved on the case sides with one letter opposite each hour marker, just like the original version. 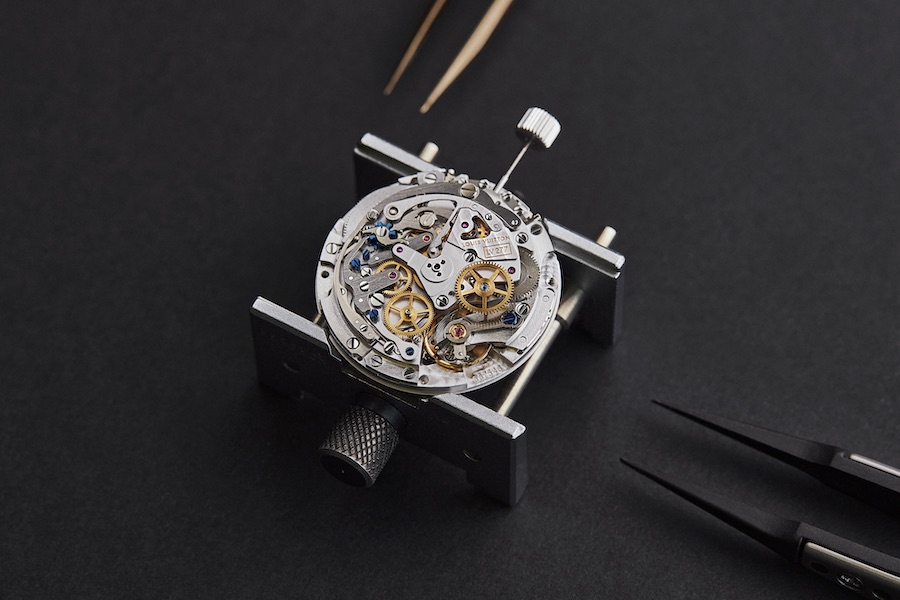 The Louis Vuitton Tambour Twenty is powered by a Fabrique du Temp LV movement based on a high-frequency Zenith El Primero.

The Tambour Twenty is water resistant to 100 meters and the chronograph times to a tenth of a second. Just 200 pieces will be made, each carrying its production number and each with an engraved case back. It is sold with a small Louis Vuitton trunk with the brand’s iconic tan-on-brown Monogram canvas covering. Crafted in stainless steel, the new watch, which retails for $17,800, is a true homage to the original. 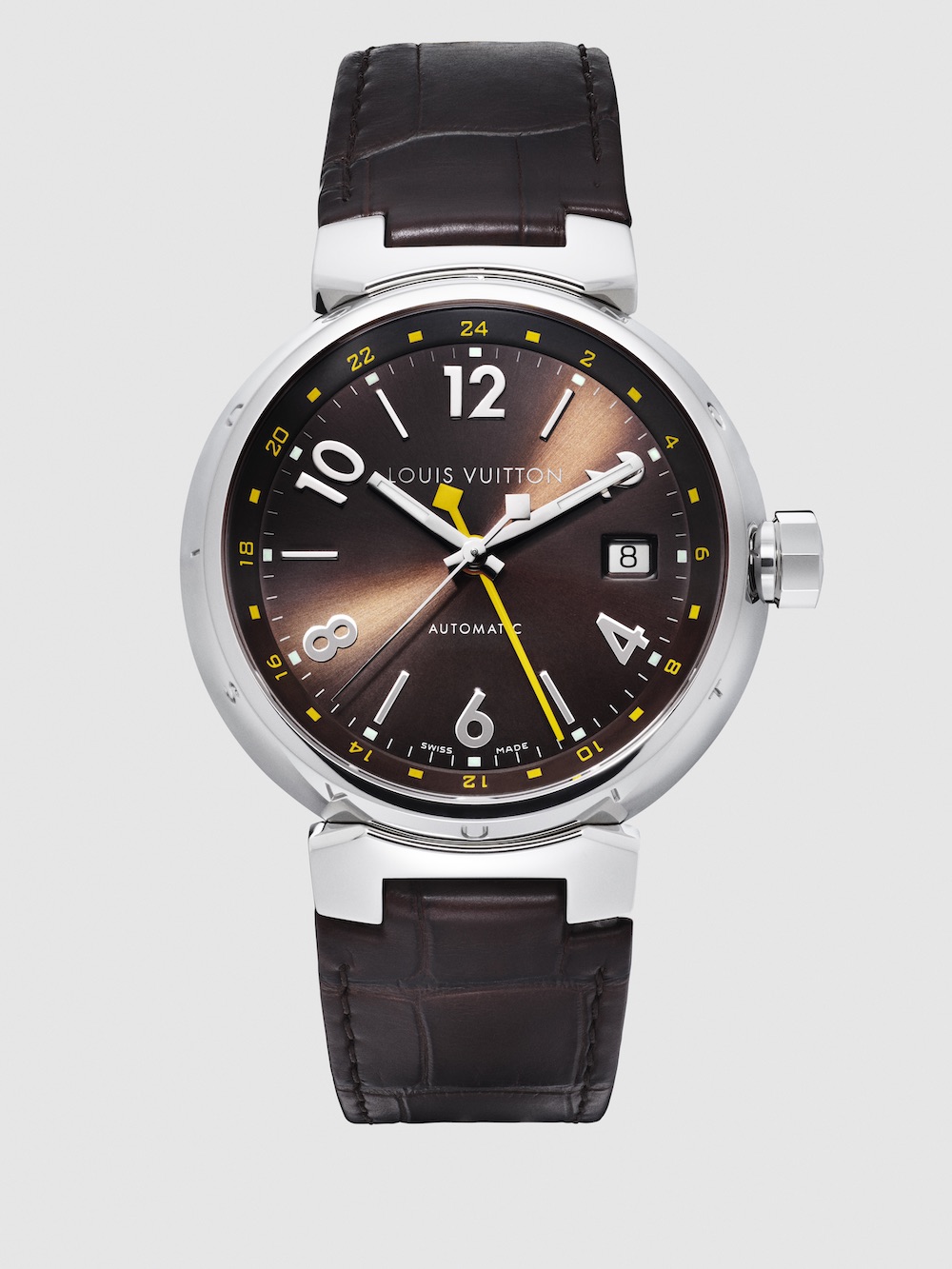 The original Louis Vuitton Tambour from 2002.

In fact, the Tambour was such a hit among Louis Vuitton lovers, and watch lovers in general, that it has become an icon at Louis Vuitton. Over the past two decades, multiple iterations have been made including oversized versions (45mm), Slim versions, a tourbillon, minute repeater and more. In 2020, the brand even introduced the Tambour Curve with a titanium and Carbostratum® case – proving Louis Vuitton is not afraid to travel in new high-tech material directions. Diver  versions, one of which won the Grand Prix d’ Horlogerie de Geneve (GPHG) in 2021, grace the Tambour line – all as a testament to the versatility of the aesthetic design and the watchmaking prowess that Fabriques du Temps at Louis Vuitton brings to the proverbial table. 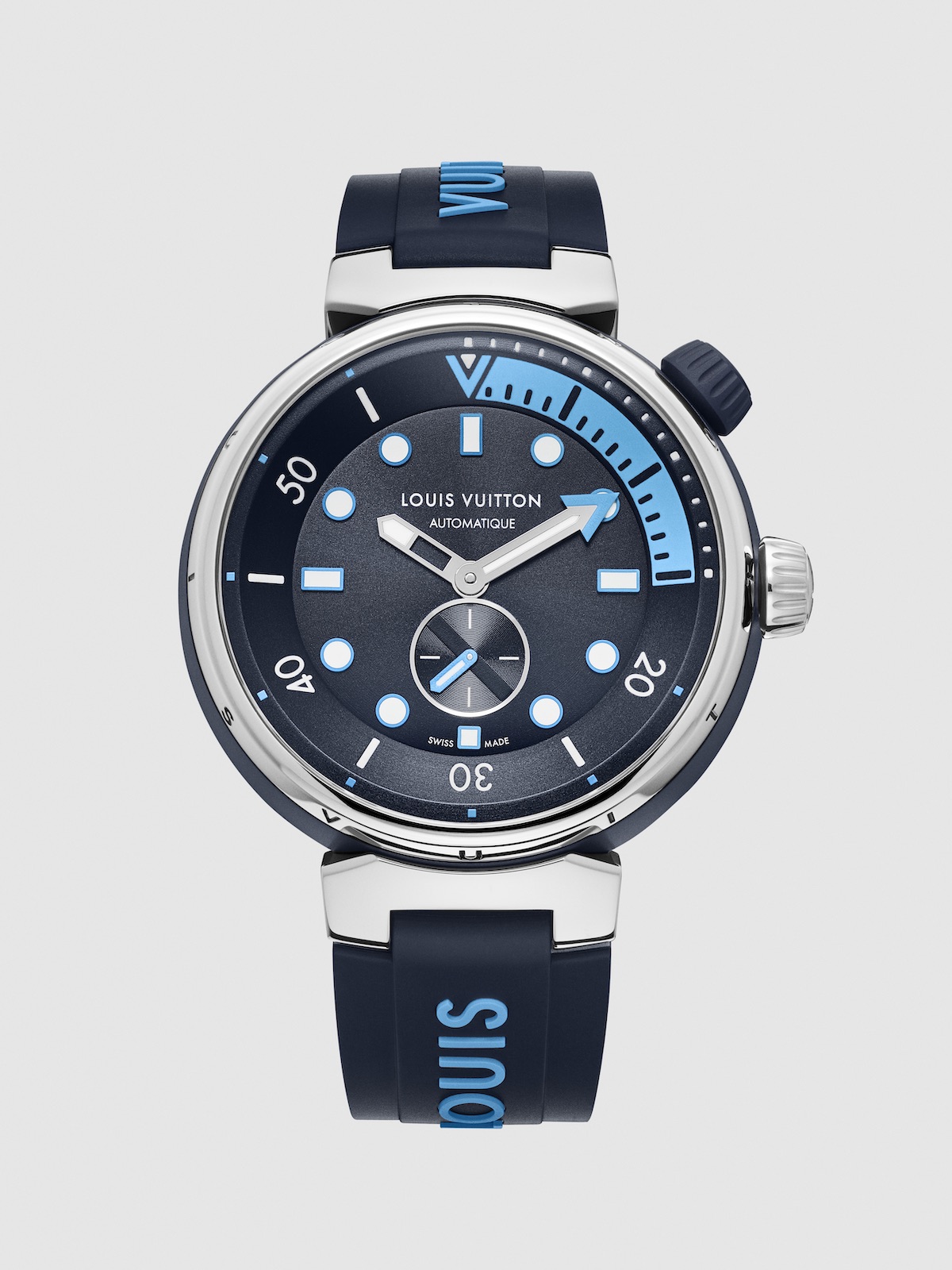