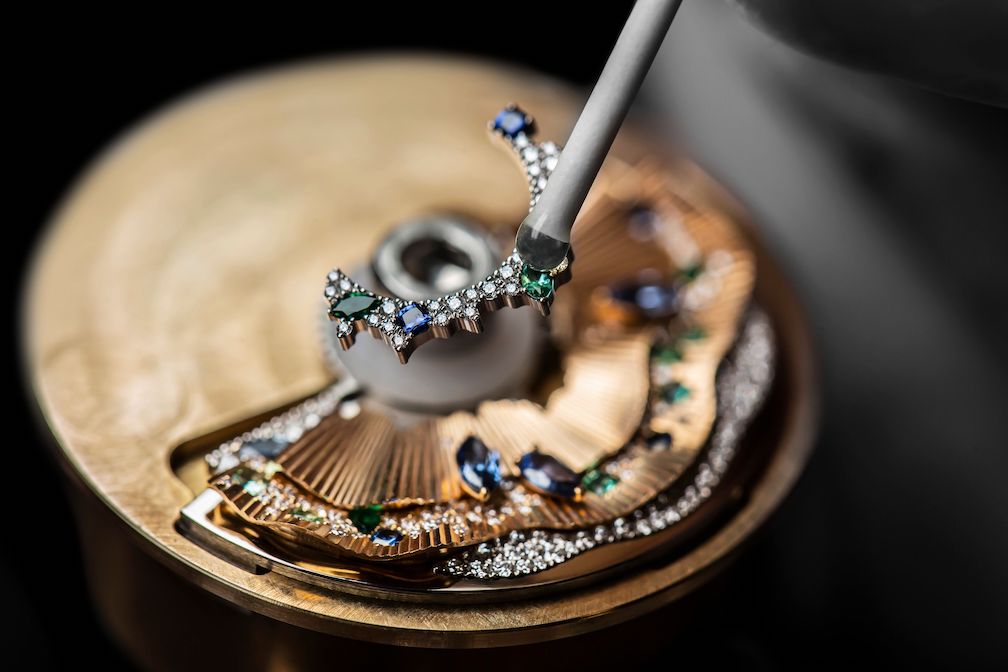 Dior magically turns the indispensable rotor of its automatic Grand Bal Inverse Rotor watches into an object of art.

Move over men, this one is for women who love living in the lap of luxury. Of course, men can read along, too. After all, I don’t discriminate on beauty being open to everyone. With its magnificently gemset and jewelry-worked design, the new Dior Grand Bal watches are bound to catch the eye of many. 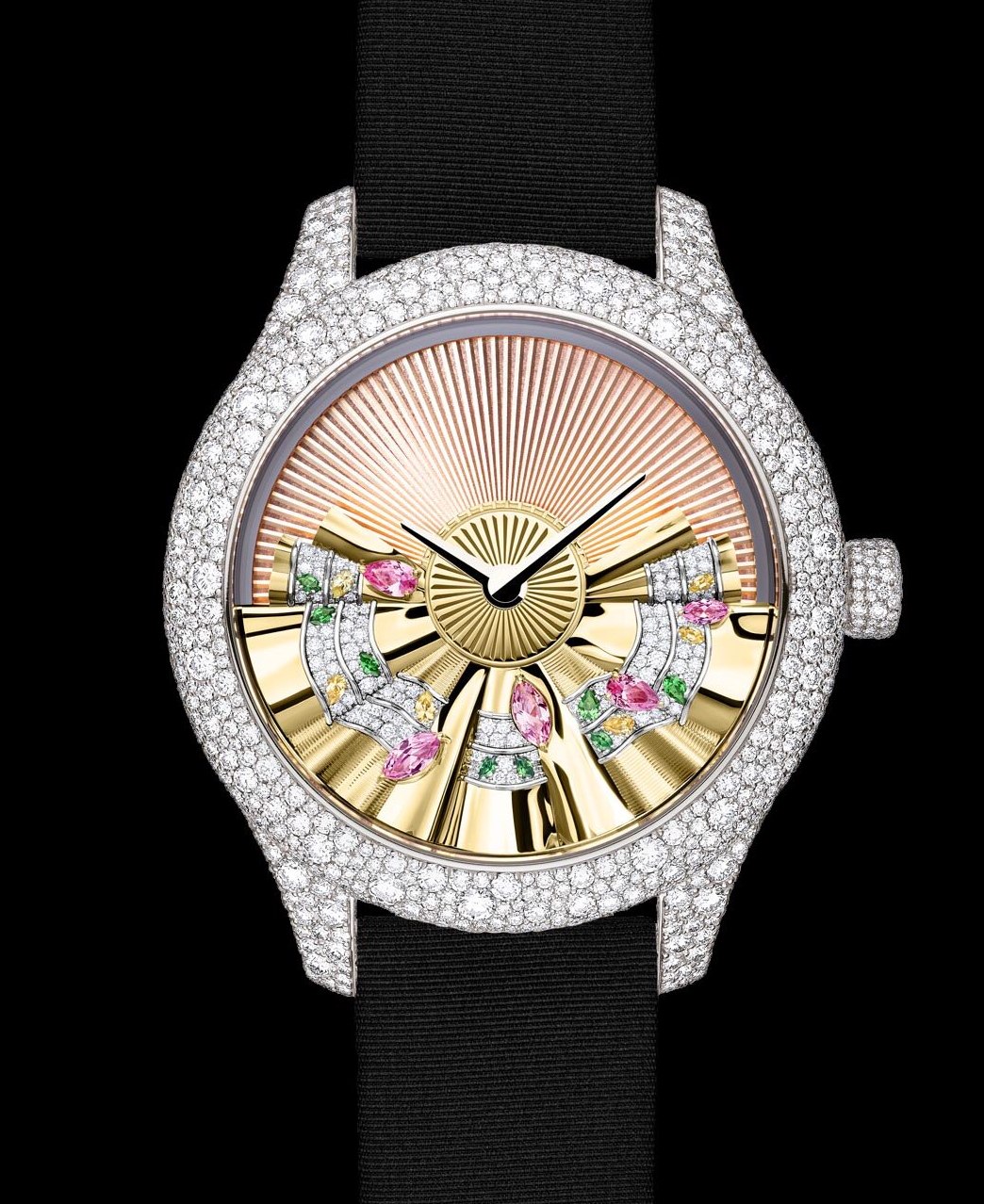 Dior, long known for his incredible ball gowns and distinctive couture, has put a finger on the design of watches – albeit via the deceased’s design ethics. The House of Dior has been creating mechanical watches for women for years now – recalling the Dior ball gown in all its beauty. The Dior Grand Bal collection is reminiscent of the swirling of a ball gown – one in which time almost stands still but is somehow always moving. Now, the brand releases the newest Dior Grand Bal with Dior Inverse caliber that enables swirling elegance on the wrist.

The Dior Inverse Caliber boasts its functional oscillating weight on the dial front instead of in the back, where most watch brands place it.  The brand goes a step further and bedecks the oscillating weight (or rotor) in an unparalleled parade of golden thread, mesh, silk, feathers, gemstones even scarab beetle wings depending on the model. In short, it uses the highly functional component (without which the mechanical automatic watch would not work) and transforms it into decorative art in a kaleidoscope of colors and textures – just like Mr. Dior’s masterpieces. 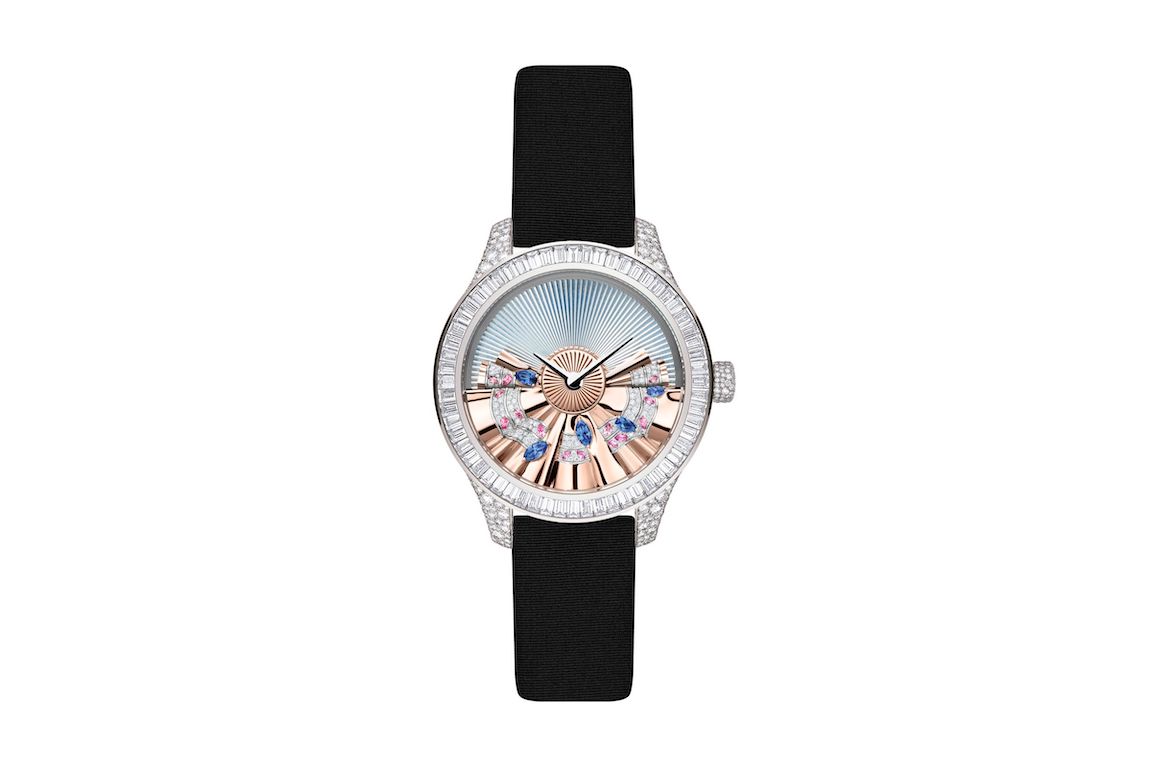 The Making of the Dior Grand Bal Watches 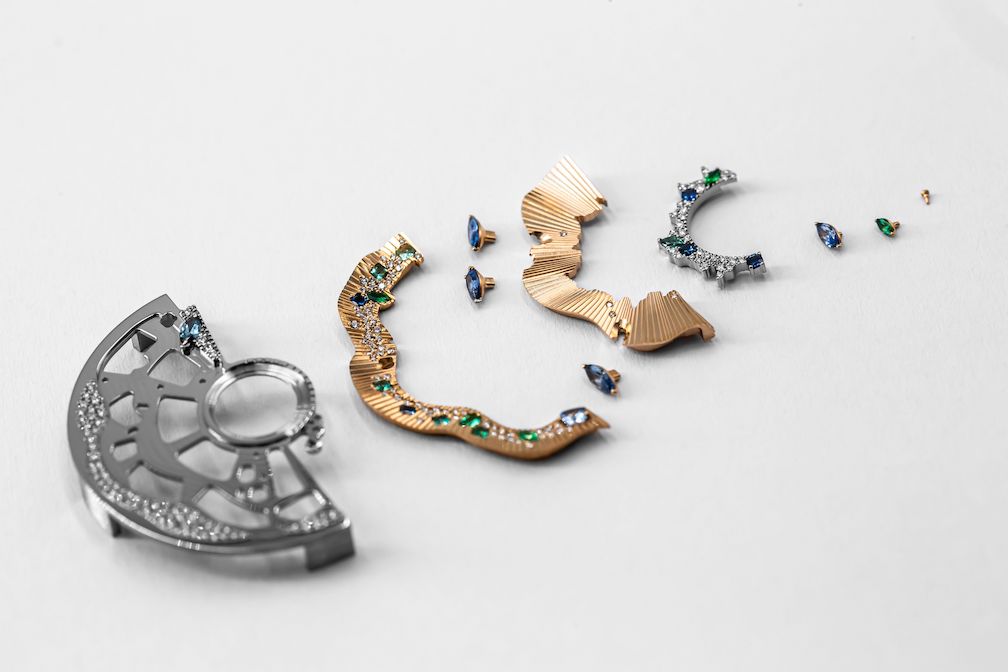 The making of the Inverse rotor for the Dior Grand Bal watches is no easy feat and requires goldsmithing, gem setting and watchmaking prowess.

The making of these haute couture timepieces is no easy feat. It requires technical prowess in watchmaking as well as in the fine arts that are employed herein. Not only does a watchmaker spend countless hours creating and assembling the movement and watch, but also master gemsetters spend hours upon hours meticulously setting stones into the rotor using tiny tweezers and powerful magnifiers. This work comes on top of the work previously done by master goldsmiths as they ready the strands of gold that comprise the base work for the gem setting.

Add to that the craftsmen and women who hand guilloche the dials behind the Inverse rotor with swirls or sunburst patterns. This is an art that only the most skilled watchmakers and jewelry makers can execute – which is why the Dior Grand Bal timepieces are so exquisitely unique.

There is an entire sect of women in the watch world who would argue that adding diamonds and gemstones to mechanical watches  belittles the technical excellence of the watch. In some instances, they would be right. Not in this one, though. Like Mr. Dior imagined, these watches are meant to delight the wearer like a beautiful gown does. They are meant to elevate the senses and do a dance all their own – just for the wearer. 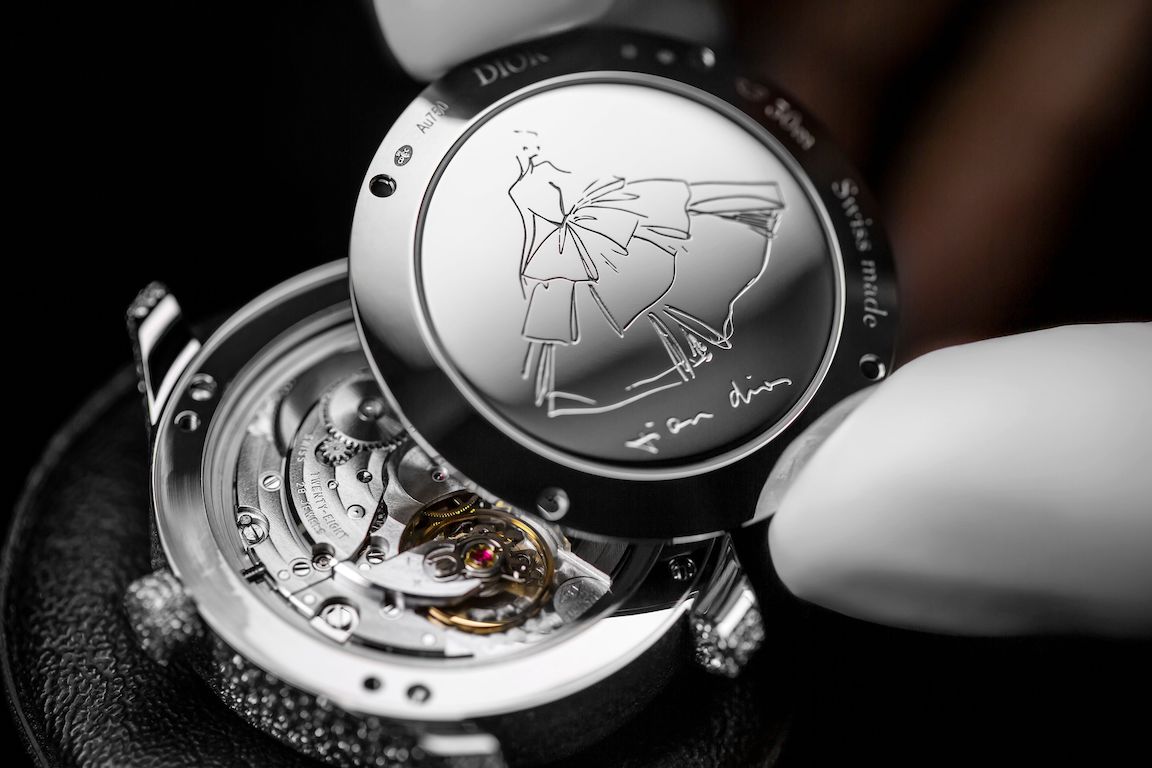 The automatic movement that powers the Dior Grand Bal Inverse Rotor watch is meticulously finished, but it is covered with a case back engraved with a Dior ball gown and the signature of Mr. Dior.

With that in mind, the watchmakers at Dior have equipped the Grand Bal watches with anti-glare sapphire crystals that allow for viewing of the magnificent rotor. Each watch is finished with a black taffeta strap and the case back of the watch is engraved with a Dior ball gown. The price is available on request but suffice it to say this watch (or its price) is not for the faint of heart.