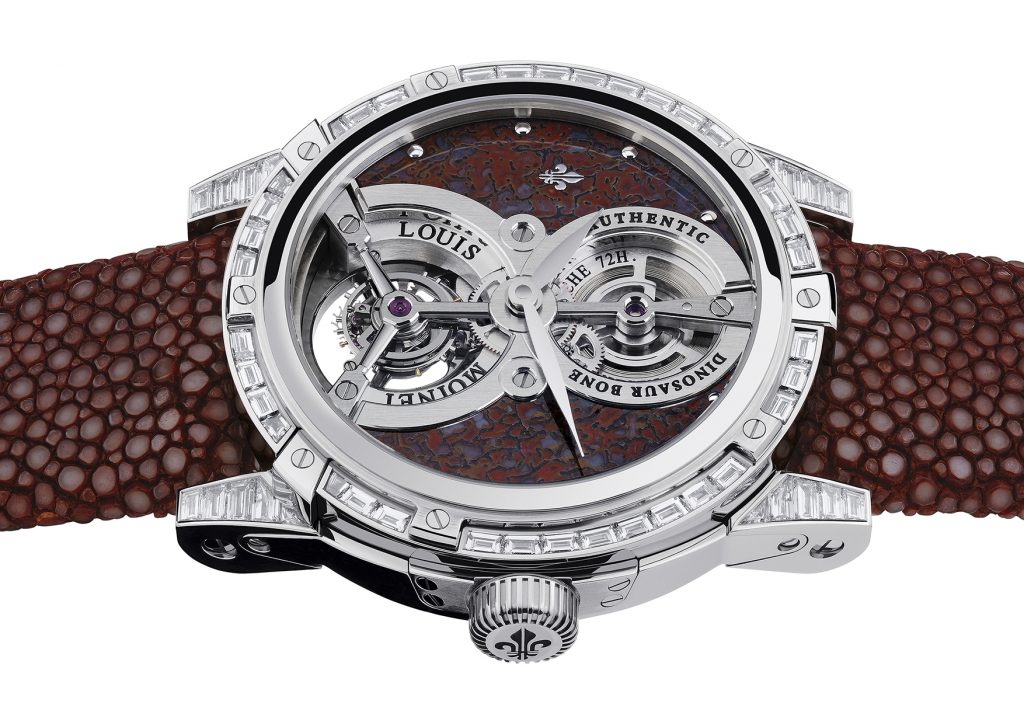 A lot of reference has been made in the horological community about some of the exotic materials being used in the design of high-end time pieces. While we are as big a fan as any others about the latest carbon compound being forged into a watch, there are certain elements that evoke a sense of timelessness that give pause. Such is the case with dials made of meteors, rare woods, exotic stones — and Louis Moinet is a master at these dials. The brand even has a dial made with dinosaur bones.

Indeed, in its Jurassic Tourbillon, the Astralis collection, and the Treasures of the World collections, the brand offers dials that — in some instances — are hundreds of millions of years old and are both terrestrial and celestial in origin.

The Jurassic Tourbillon represents a fusion of the Paleolithic and the horological. The dial features dinosaur bone from a herbivore sauropod from the late Jurassic period found in North America and dated to 150 million years ago in the late Jurassic. The bone has a russet color and veining that is truly unique in the color spectrum of high end horological pieces. Rounding out the piece are 56 Top Wesselton WS baguette diamonds for a total of 3.46 carats and visible tourbillon at the 6 o’clock position. Much like the dinosaurs that inspired this piece, only 12 will be produced and after that it will be extinct. 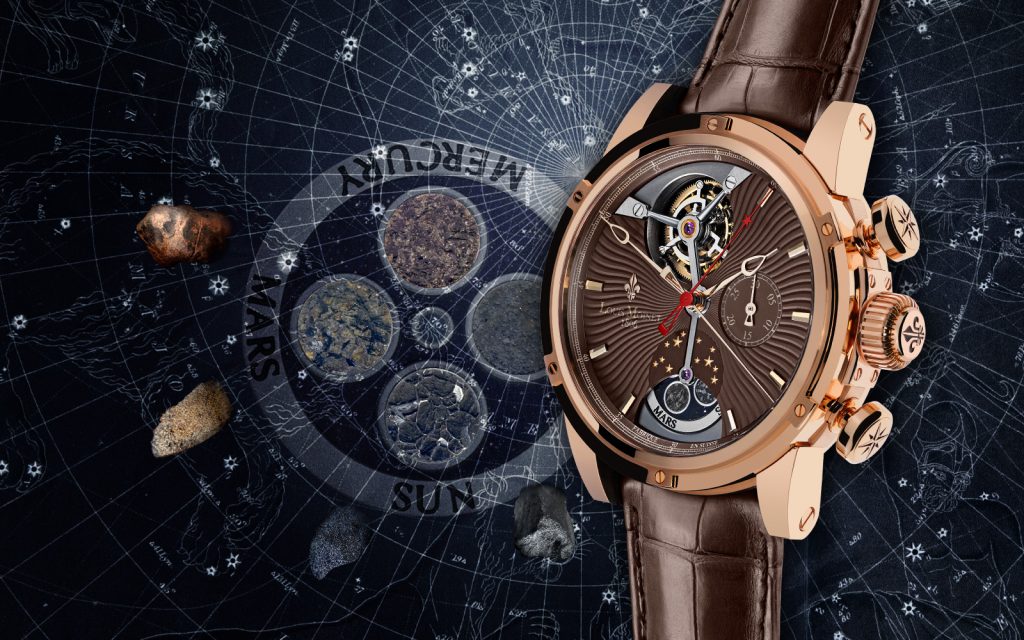 The Astralis collection is the first timepiece to feature a 24 hour planetarium containing four meteorites. Each represents and is named for a different celestial body, Mercur, Mars, the moon and the sun. At the 6 o’clock position is what Louis Moinet is referring to as the planetarium and is where each of the four pieces of meteorite have been placed. Dhofar 459, Itqiy, Sahara 99555 and Jiddat al Harasis 479, respectively the Moon, the Sun, Mercury and Mars, make one full revelation around the disc every 24 hours. The 60 second tourbillon at the 12 o’clock is meant to be a symbolic mechanical sun and rounds out the elegant piece quite nicely. Only 12 will be produced.

Finally, the Treasures of the World collection is a partnership between the manufacture Louis Moinet and Daniel Haas to produce pieces with dials crafted from precious and semiprecious stone. You will find red stromatolite, Australian opal, Biggs jasper, labradorite, and lapis lazuli. The dial layouts of all the stone variants are the same. The tourbillon is located at the 6 o’clock and the open worked mainspring is at the 12. 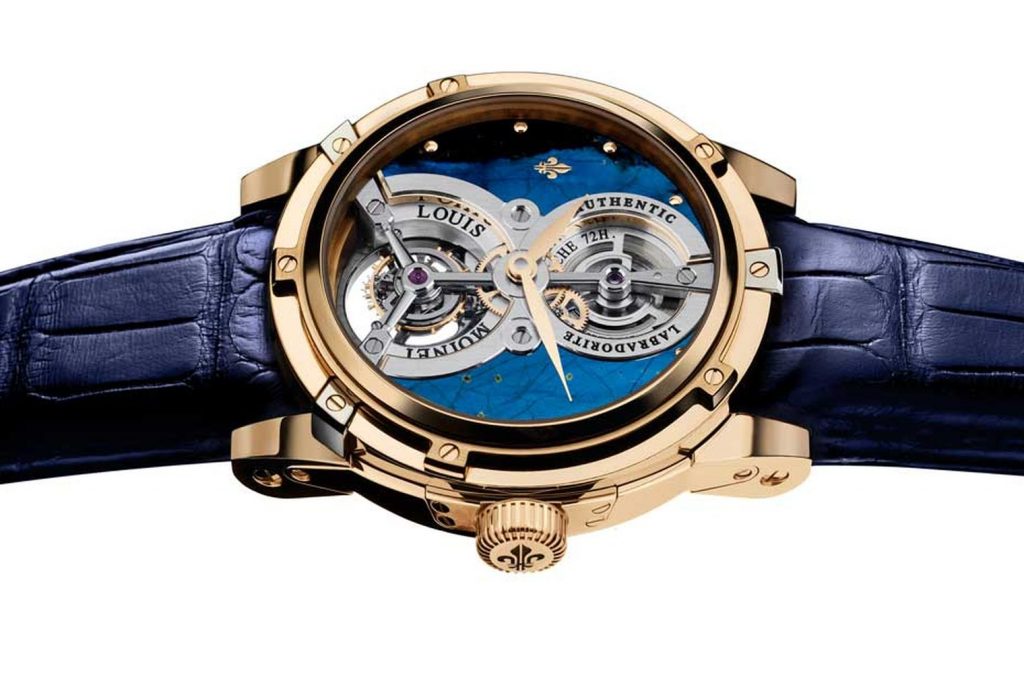 Rare and precious stones such as Labradorite are used in the Louis Moinet Treasures collection.

All of thesetimepieces represent the transformative properties that a well thought out material addition can add to the aesthetics of a time piece. It’s a fusion of art, history, science and horology and it doesn’t hurt that it makes for one heck of a conversation starter.