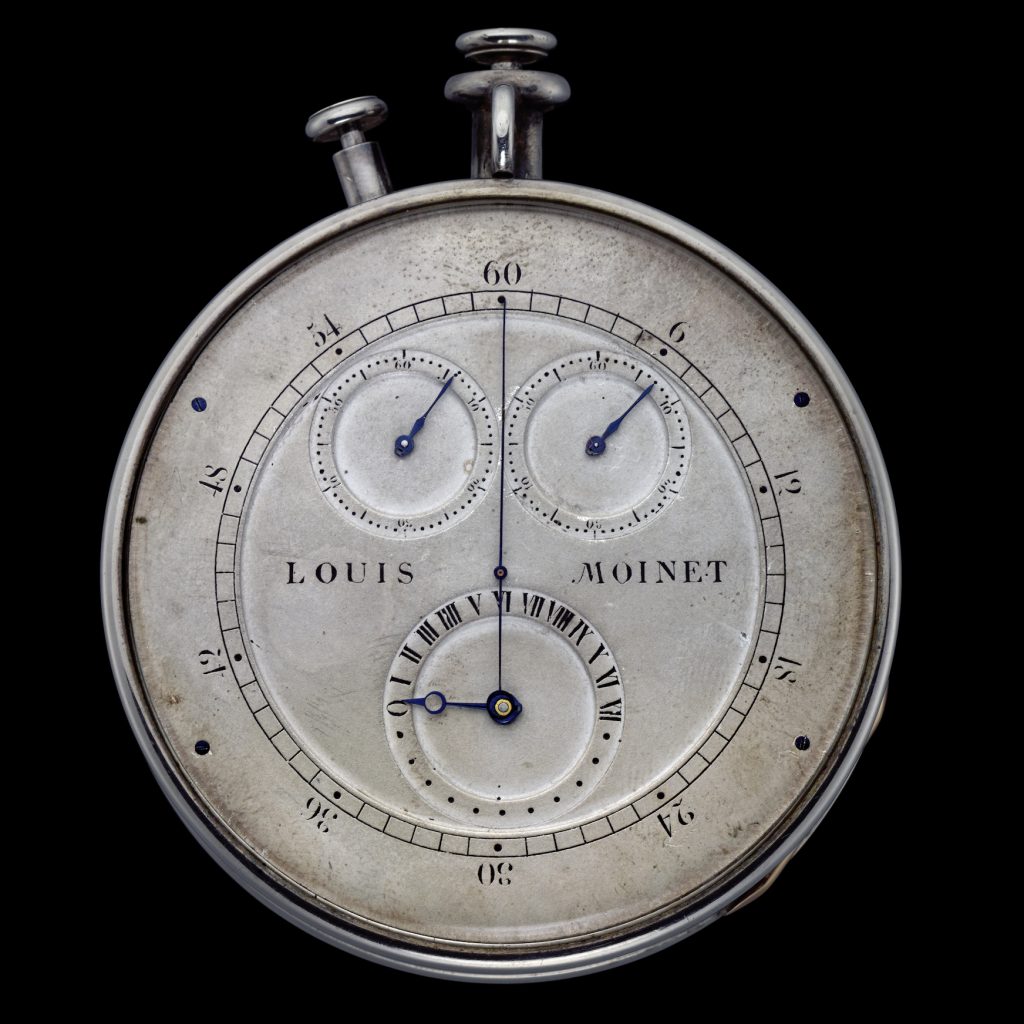 Louis Moinet invented the chronograph in 1816.

In a super exciting move, and following six months of thorough investigation of the brand and its claim as the inventor of the chronograph, Louis Moinet has been named the holder of the title of “First Chronograph” by the famed Guinness World Records organization that has been naming world records and firsts since 1955. The award was bestowed on the luxury watch brand for its invention of the chronograph by Louis Moinet in 1816, wherein he released the “Compteur de Tierces” watch.

This year, the brand celebrated the 200th anniversary of the invention of the chronograph and has unveiled a host of exciting new chronograph watches, including several versions of the outstanding “Memoris” chronograph, which you can read about here.

Finally being recognized for the invention is extremely exciting. In fact, Jean-Marie Schaller, CEO of Ateliers Louis Moinet, says that while the watchmaking industry has accepted that the brand invented the chronograph, this new title “takes things to the next level. It opens up the way for greater public awareness of our firm, offering worldwide recognition that crosses borders and extends well beyond the world of fine watch connoisseurs.” 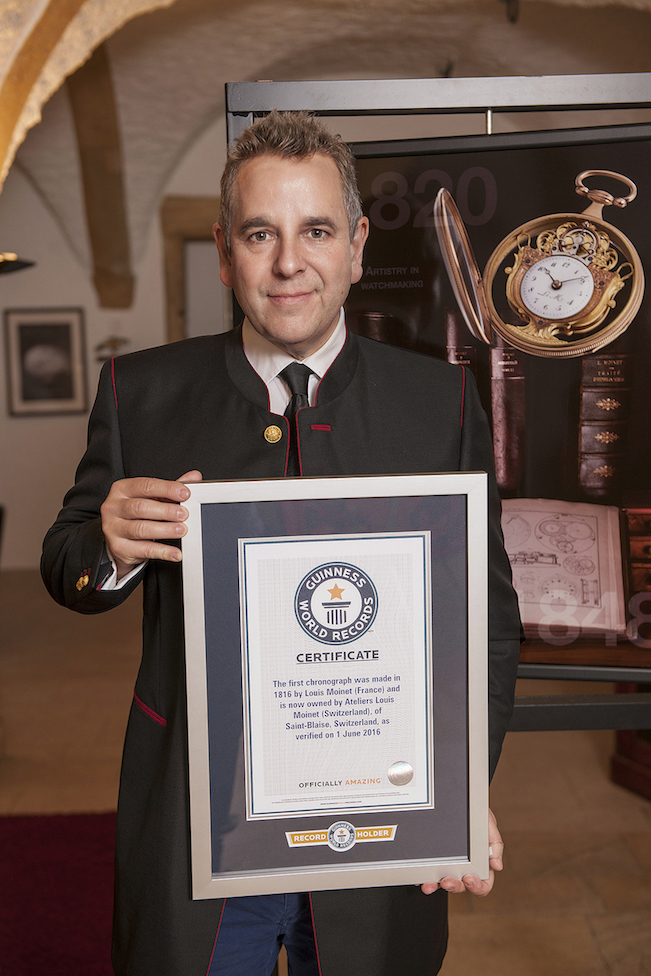 The six-month long investigation on the part of the organization required Louis Moinet to turn over hundreds of technical diagrams and offer historical proof. The detailed project also included written testimony from experts, and encompassed a host of photos and other documentation.

Louis Moinet was re-established in Saint-Blaise, Neuchatel, a dozen years ago in 2004 as an independent watch brand to honor the work of master watchmaker Louis Moinet (1768-1853). Louis Moinet was a pioneer in creating high frequency (216,000 vibrations per hour) movements, and authored a watchmaking treatise published in 1848, Traite d’ Horlogerie, that acted as a definitive reference work for nearly a century. 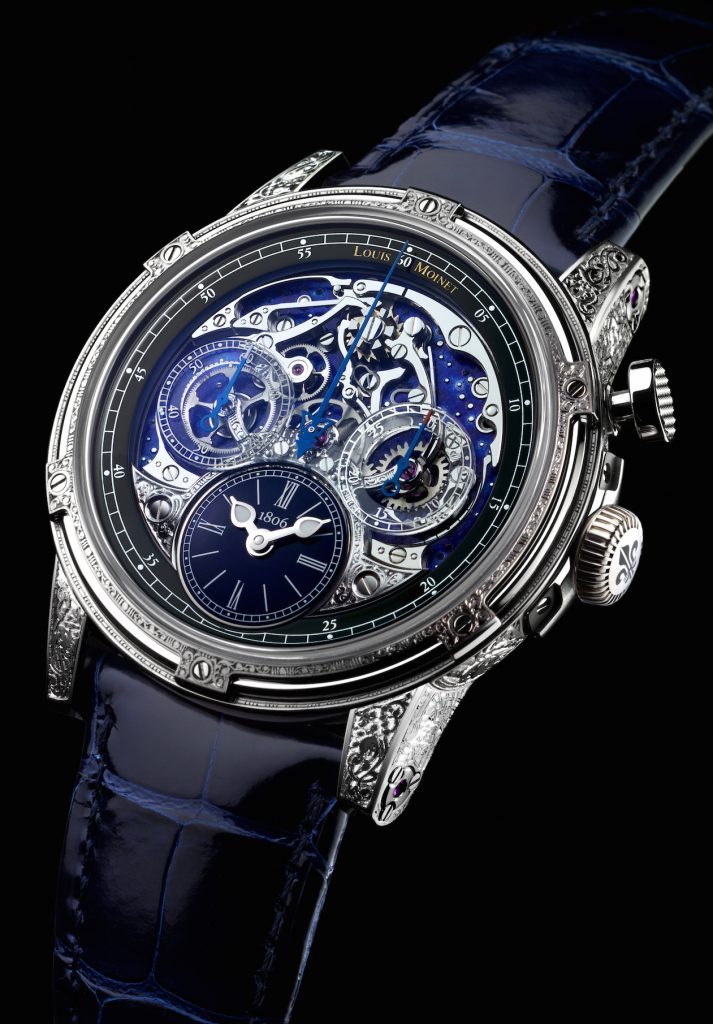 Today, under the direction of Schaller, the brand has won a host of awards for its complicated watches that often utilizes such extreme materials as meteorites and dinosaur bones.