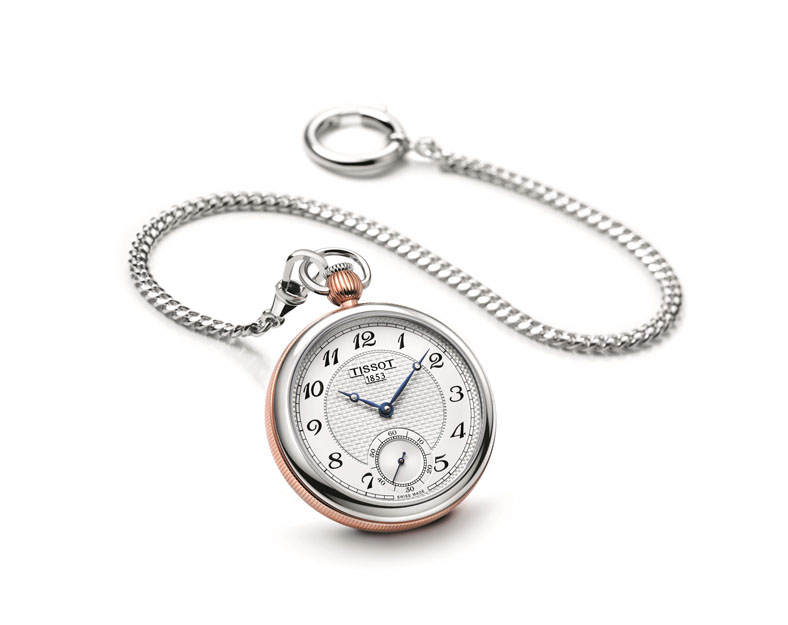 Recently for Haute Living magazine, I wrote about several top pocket watches, which made me take a closer look at the trend in today’s watch world when it comes to these gentlemanly timepieces. Here we bring you  six pretty impressive pocket watches that range in price from several thousand to several hundred thousand —  proving that there is something out there for everyone.

From Tissot, the new Swiss made hand-wound  Bridgeport Lepine Mechanical watch features deep blue steel hands and  for stunning appeal. It is crafted in either 316L stainless steel with rose gold or gray PVD coating. The 45mm watch features a mineral crystal and is sold with chain.It retails for an incredible $675. 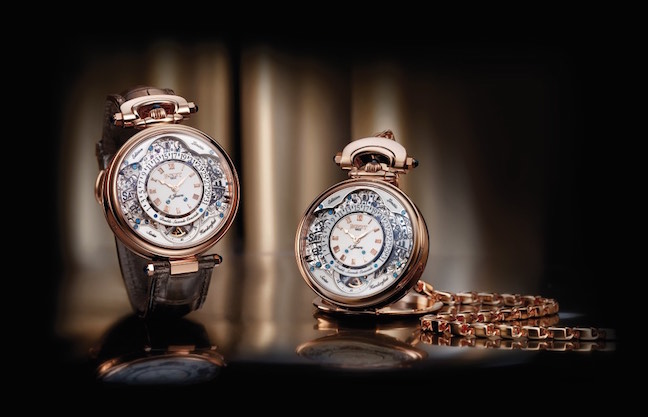 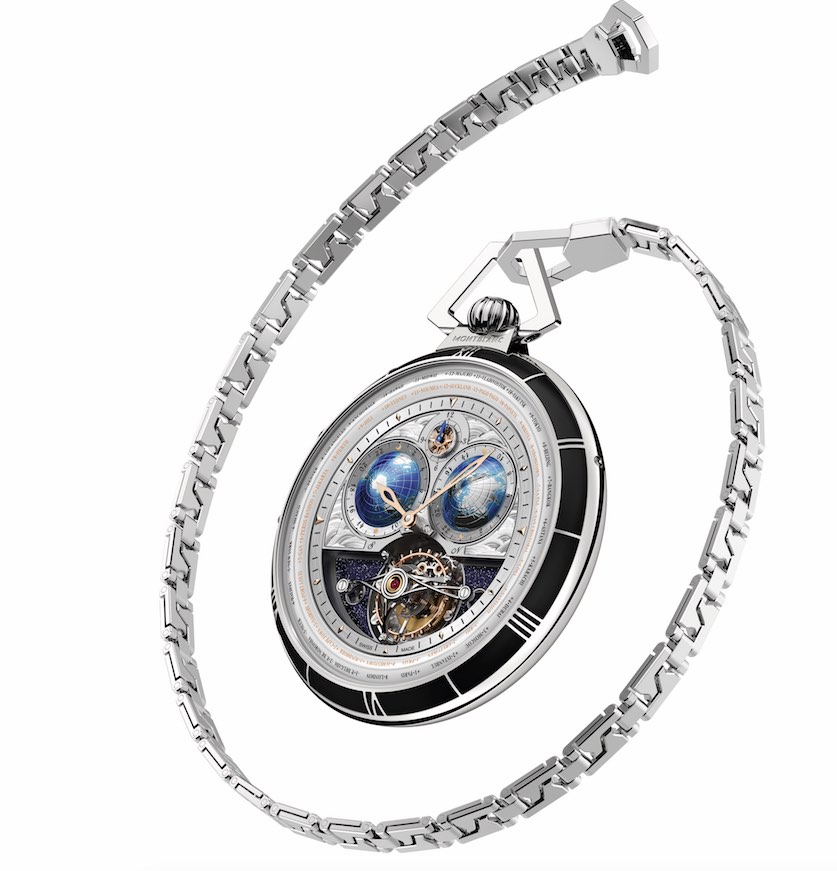 Montblanc celebrated its 110th anniversary with the limited-edition (just eight timepieces) Montblanc Collection Villeret Tourbillon Cylindrique Pocket Watch 110 Years Edition. Inspired by the ocean liners that crossed the Atlantic in the early 20th century, when the brand was young, the series represents the highest level of traditional craftsman- ship, from watchmaking to engraving and enameling. The choice of eight pieces is a reference to the year the Montblanc Manufacture in Villeret (the former Minerva Manufacture) was founded—1858—and where the new watches are made. The complex, 281-part hand-wound MB M68.40 movement boasts a one-minute tourbillon, world time, and triple time zone indications. The three-dimensional globes are finely painted in relief and engraved, depicting the continents, longitude and latitude lines, seas and oceans. They also offer the 24 key time zone cities of the Northern and Southern hemispheres, and indicate day and night. 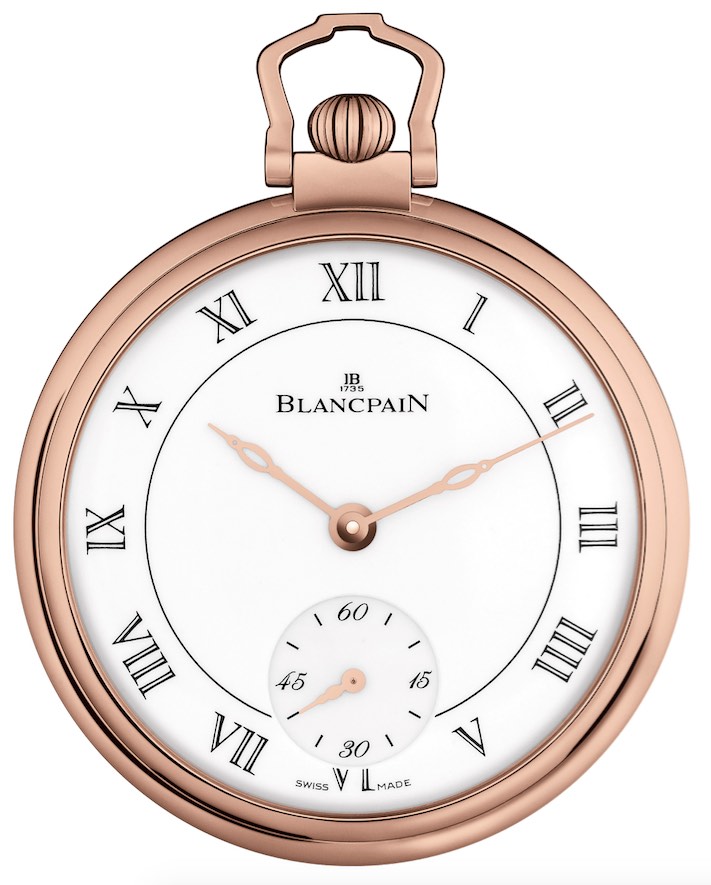 This  44.55mm Blancpain Montre de Poche Demi-Savonnette pocket watch. Crafted in 18-karat 5N rose gold, the watch houses a hand-wound movement, caliber 151B, with 40 hours of power reserve. It offers hours and minutes, as well as a small subsidiary seconds dial. The entire dial and subdial are created using Grand Feu enamel for the white background as well as the numerals. The inside of the caseback is decorated in a special motif, and the 117-part movement —visible via a transparent sapphire caseback—is entirely hand decorated, engraved, and finished. $64,500. 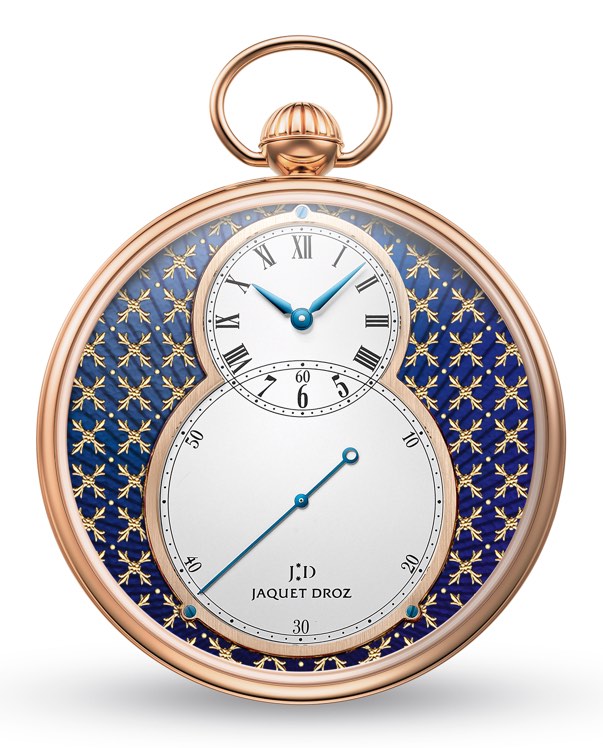 Jaquet Droz regularly unveils pocket watches in its luxury repertoire. This Grande Seconde Pocket Watch Paillonnée is a stunning example of technical prowess and artistic grace. The 50mm 5N 18-karat rose gold case is thin enough to sit comfortably in a suit pocket. It features a hand-painted dial that is made of 18-karat yellow gold paillons with red Grand Feu enamel painting that forms a patterned motif. The subdials are silver opaline. The pocket watch is powered by the Jaquet Droz 2615 hand-wound mechanical movement, and offers off-center hours and minutes and a large seconds subdial for a truly dramatic appeal. The watch has 40 hours of power reserve. It is sold with an 18-karat 5N rose gold chain. Just eight pieces are being made in red enamel and eight pieces in blue enamel. $47,300.

From Longines, the new Longines Equestrian pocket watch is a chronograph with manual-winding mechanical movement. The column-wheel chronograph pocket watch houses the caliber L790.2 movement with 48 hours of power reserve. The caseback is engraved with the likeness of a horse and jockey to underscore the brand’s long relationship with the equestrian world. It retails for $37,000. 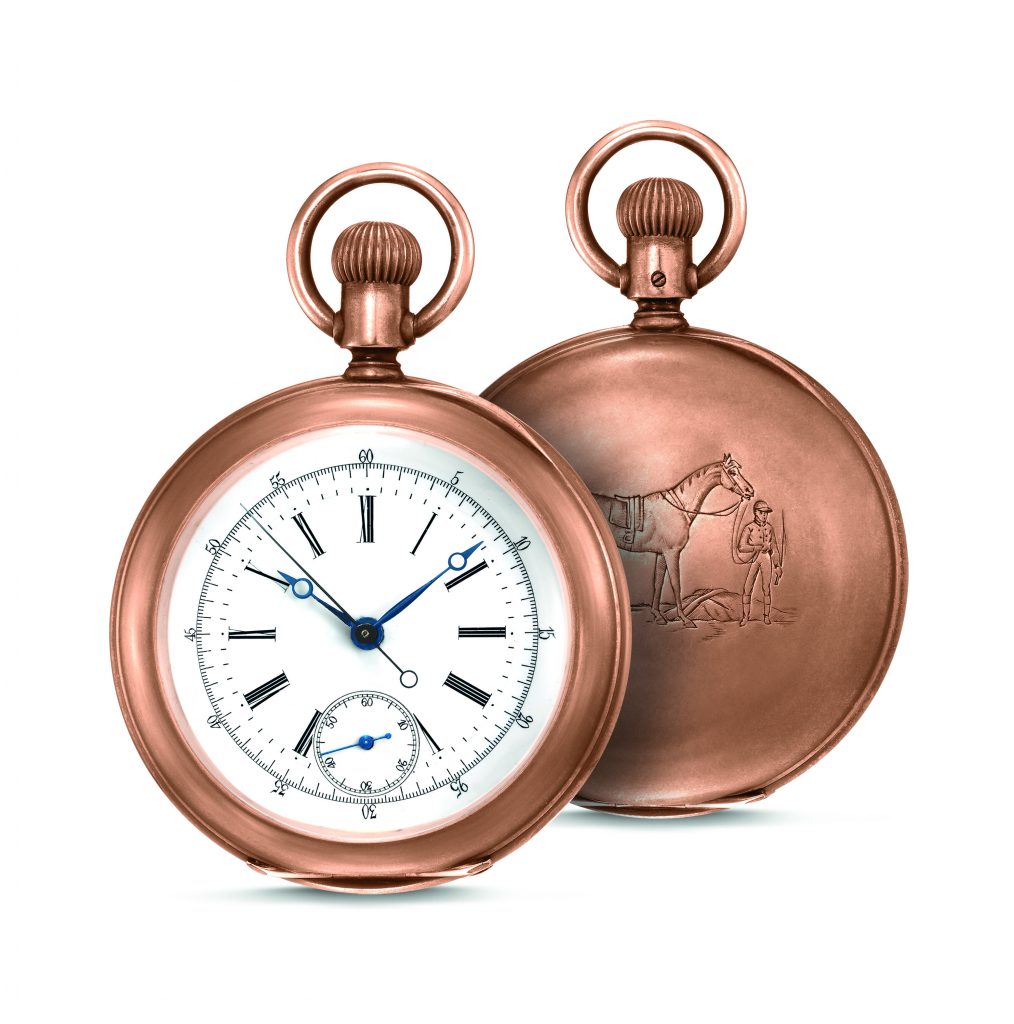 I Went To The Seaglass Rose’ Experience With Corum, Here’s What Happened
November 21, 2016