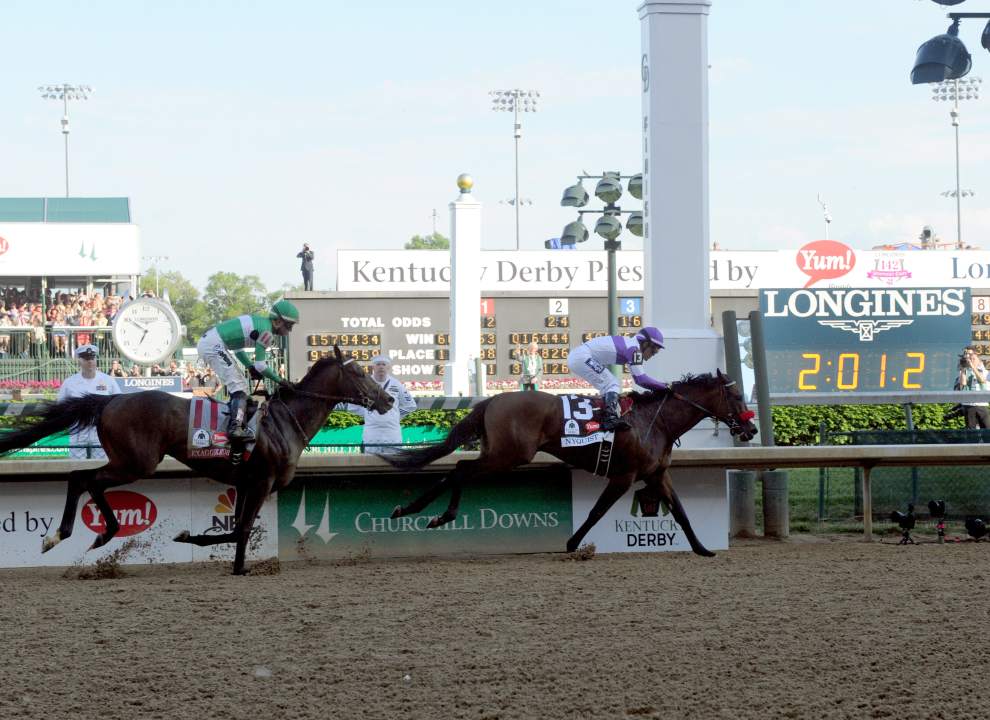 Longines, Official Timekeeper of the Kentucky Derby, times the big win by Nyquist

This past weekend, Nyqvist, ridden by record-setting jockey Mario Gutierrez, won the 142nd Kentucky Derby — racing to the finish line in the home stretch and winning over Exaggerator by 1-1/4 lengths. There to capture the precise moment was Longines — the official timekeeper and a key sponsor of the famed Kentucky Derby, along with the other races on the Triple Crown circuit, for years. 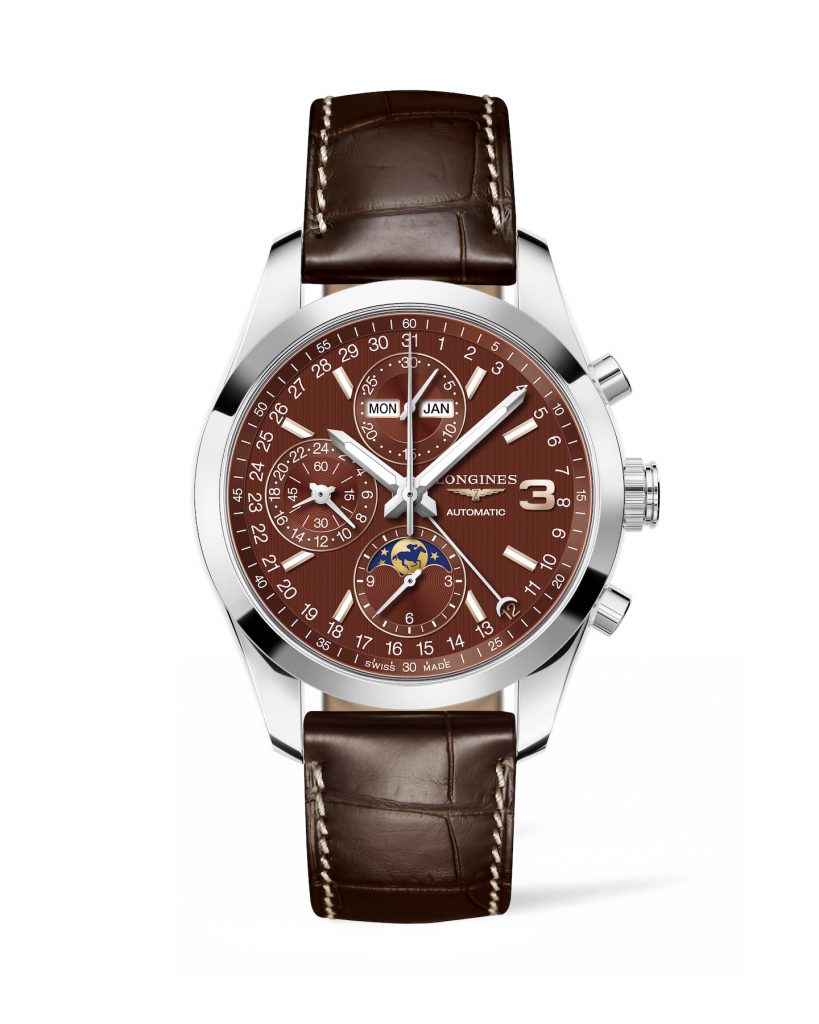 The Longines Triple Crown watches are powered by automatic movements and are offered in stainless steel, in steel and gold two-tone, or in 18-karat gold, and each watch flaunts a sable brown dial specially made to match American Pharoah’s actual coat color. The watch also feature brown alligator straps.

A jockey on the mount replaces the traditional moon phase, and the dial is devoid of indexes, with the exception for the “3,” as a nod to the Triple Crown. The sundial features a yellow highlight at the 12 to signify that American Pharaoh was the 12th horse in history to win the Triple Crown title. Each watch is numbered.