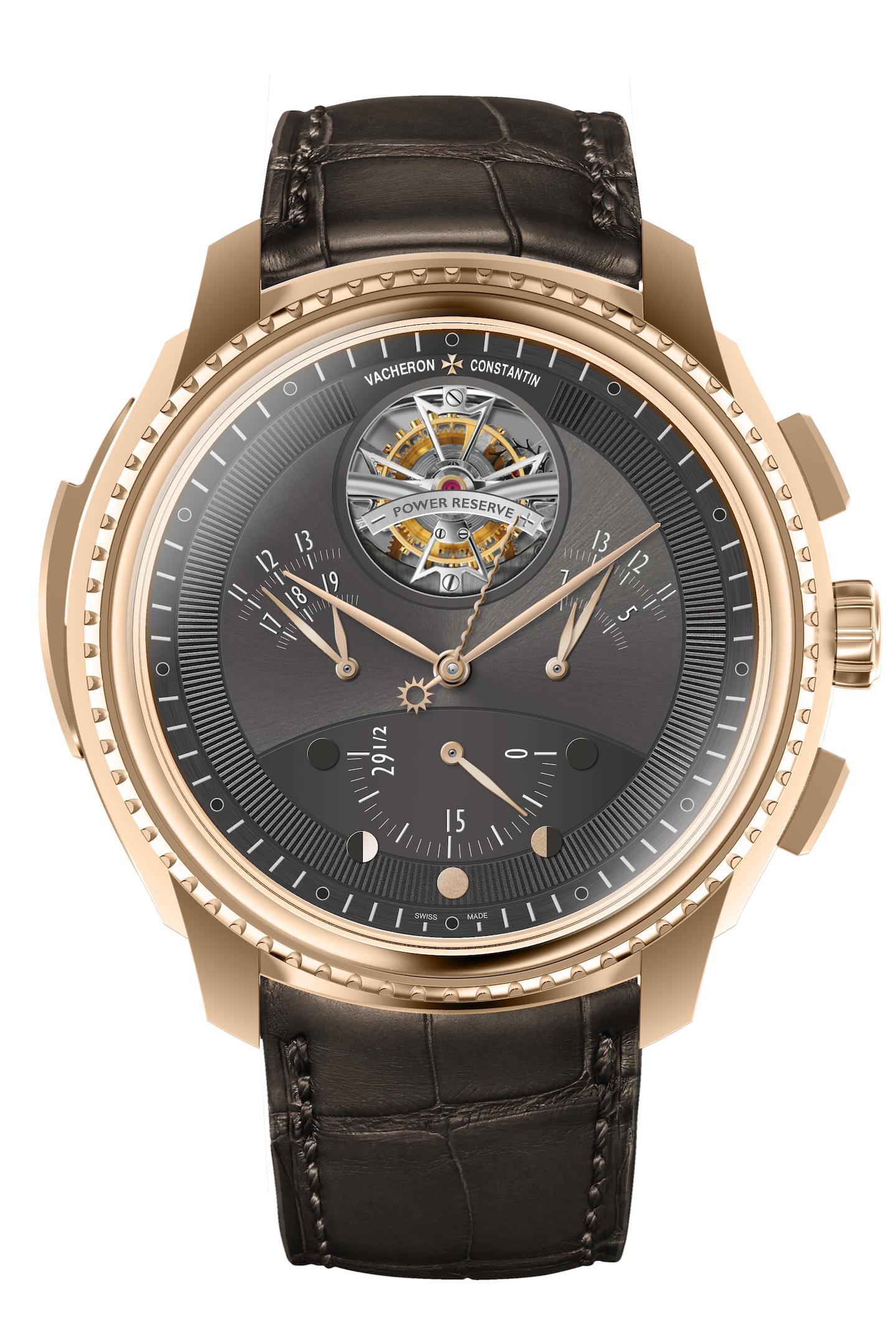 Vacheron Constantin Grand Complication Split-Seconds Tempo La Musique du Temps offers 24 complications, is the most complicated wristwatch by the brand to date and is housed in a 50mm pink gold case.

The name of the watch, and the collection it belongs to, is almost as complex as the timepiece itself. I’m talking about the newly released Vacheron Constantin Les Cabinotiers split-second Chronograph that is part of the brand’s “La Musique du Temps(R)”  Les Cabinotiers collection. Ok, with the introductory formalities out of the way, let me tell you what this watch is and why it is so important.  The one-of-a-kind timepiece, which was five years in the research and development stages, is Vacheron Constantin’s most complicated wristwatch ever — with 24 horological functions and 1,163 components inside.

Powered by the Caliber 2756, the double-sided watch, which can be worn with either dial side facing outwards thanks to a newly developed strap system, features a timekeeping and calendar side, as well as an astronomical and highly technical dial. It is, as the name of the collection it belongs to implies, also a chiming timepiece. Additionally,  the watch boasts a large, specially finished tourbillon escapement at 12:00. 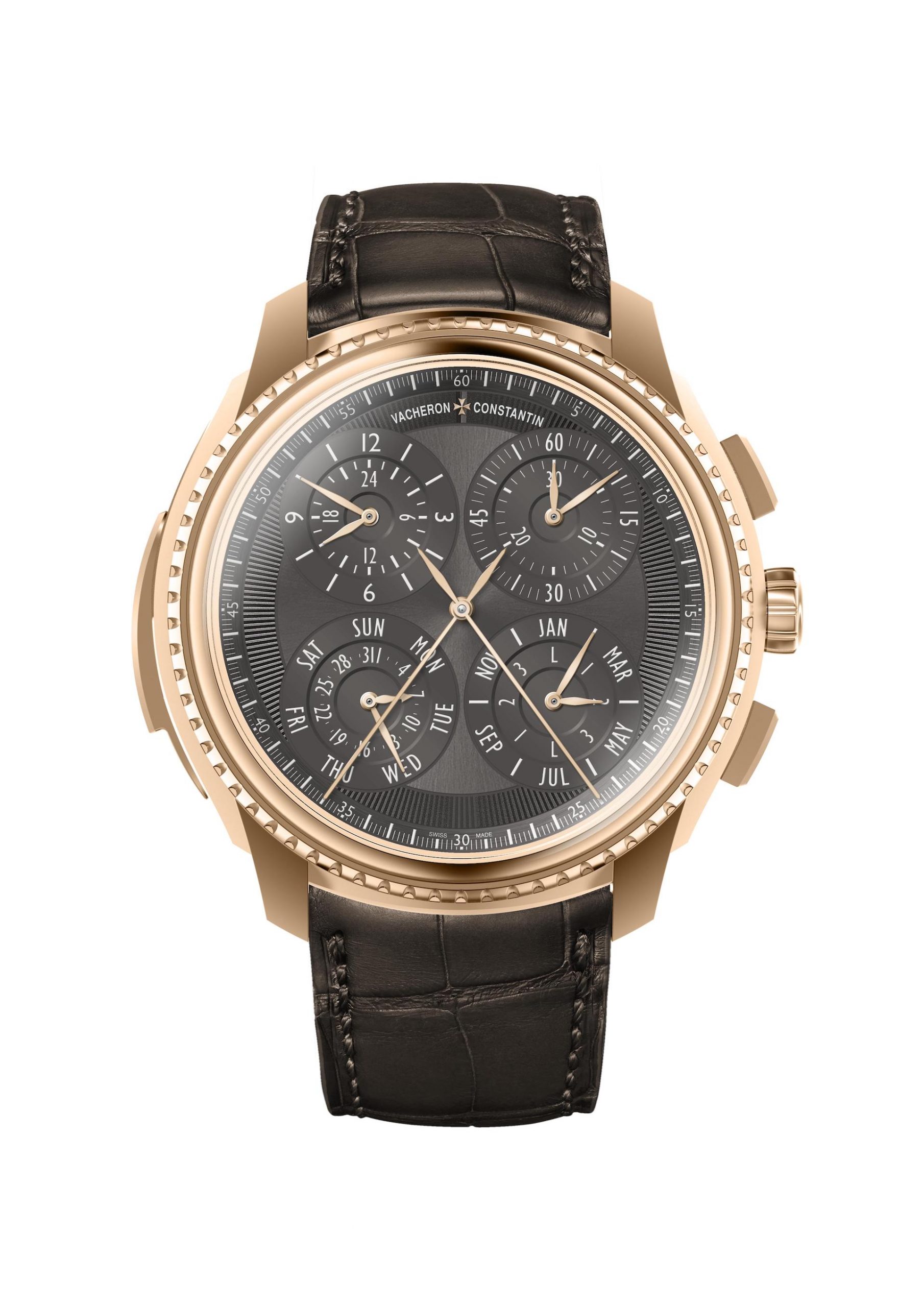 Vacheron Constantin Grand Complication Split-Seconds Tempo La Musique du Temps is a double-sided watch that can be worn with either side showing.

The other side enables viewing of the astronomical functions of the watch. It  showcases the solar time, equation of time (which measures the different between true solar time and mean solar time), sunrise/sunset times, day and night duration and age and phases of the moon.  For this timepiece, the phases of the moon are displayed via a retrograde hand that sweeps over the arched dial at 6:00. The indication is so precise that it needs only a single correction every 1,000 years.

As is typical with Vacheron Constantin’s Les Cabinotiers creations, the watches are always one-of-a-kind pieces, and their prices are never revealed.

The Evolution of the Vacheron Constantin Tempo

What is interesting about this watch is the fact that the same team of watchmakers who created this piece were the ones who built the brand’s most complicated watch, the Ref. 57260 five years ago. That watch was a specially commissioned piece that took eight years to product. It has 57 complications and more than 2,800 parts in its movement. Those same master watchmakers developed this special piece — grouped under the band’s theme for 2020, La Musique du Temps(R), or The Music of Time. 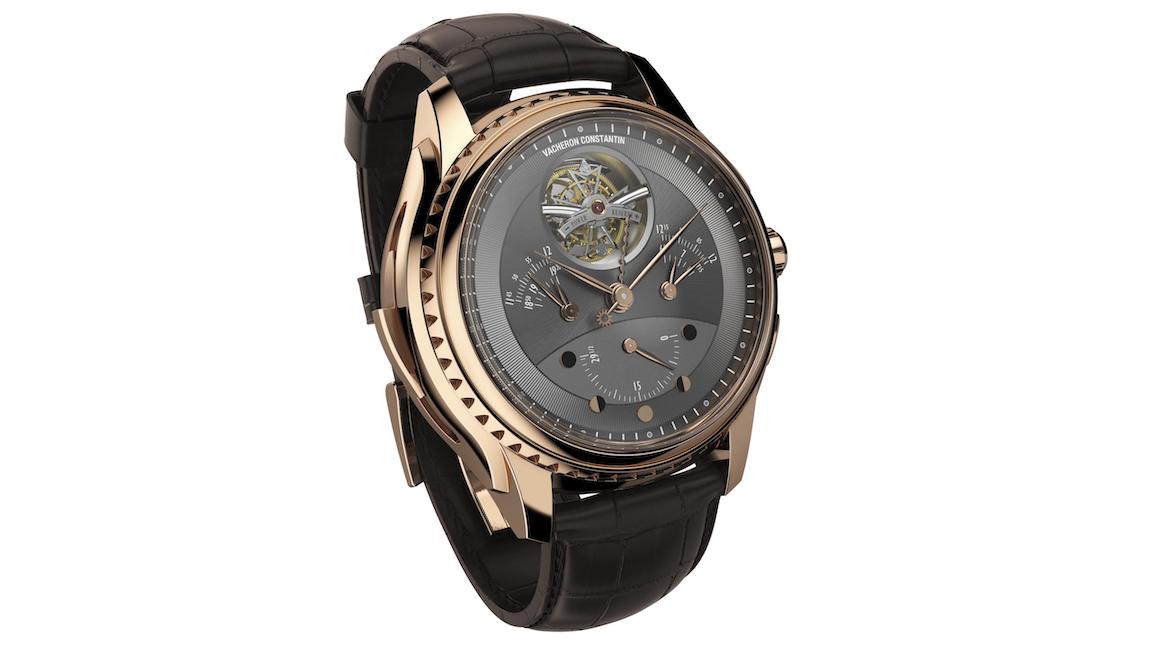 The minute repeater of the Vacheron Constantin Grand Complication Split-Seconds Tempo La Musique du Temps is activated via a slide on the left side of the case.

Any great watchmaker would say that perhaps the crowning achievement of this 24-complications watch is the split-seconds chronograph. That is because this particular complication, that allows timing of intervals or events that start at the same time but have different stopping points, is one of the highest and most difficult horological feats. A challenge in and of itself, this task was even more daunting because the watch also houses — on the same dial side — all of the perpetual calendars functions. Add to that the large tourbillon escapement and the astronomical complications and you can see why this watch took five years to develop.

Of course there are a host of other feats accomplished in this watch that range from offering energy-saving levers so that the watch is endowed with 65 hours of power reserve, to ensuring excellent legibility and aesthetic allure — all in a very wearable 50mm case (that measures 21mm thick) with reversible wear.

Perhaps the most relevant function in the watch is its audible appeal. Almost since its inception in 1755, Vacheron Constantin has  been a master at creating chiming watches. These timepieces have their roots centuries ago when it was easier to hear the time then get out of bed and light a candle in the middle of the night to see the time. Because of this rich heritage, Vacheron Constantin’s master watchmakers opted to pay tribute to the acoustical wonders with a series of new watches in the La Musique du Temps collection, and we will bring you more about the other pieces of the collection down the road. 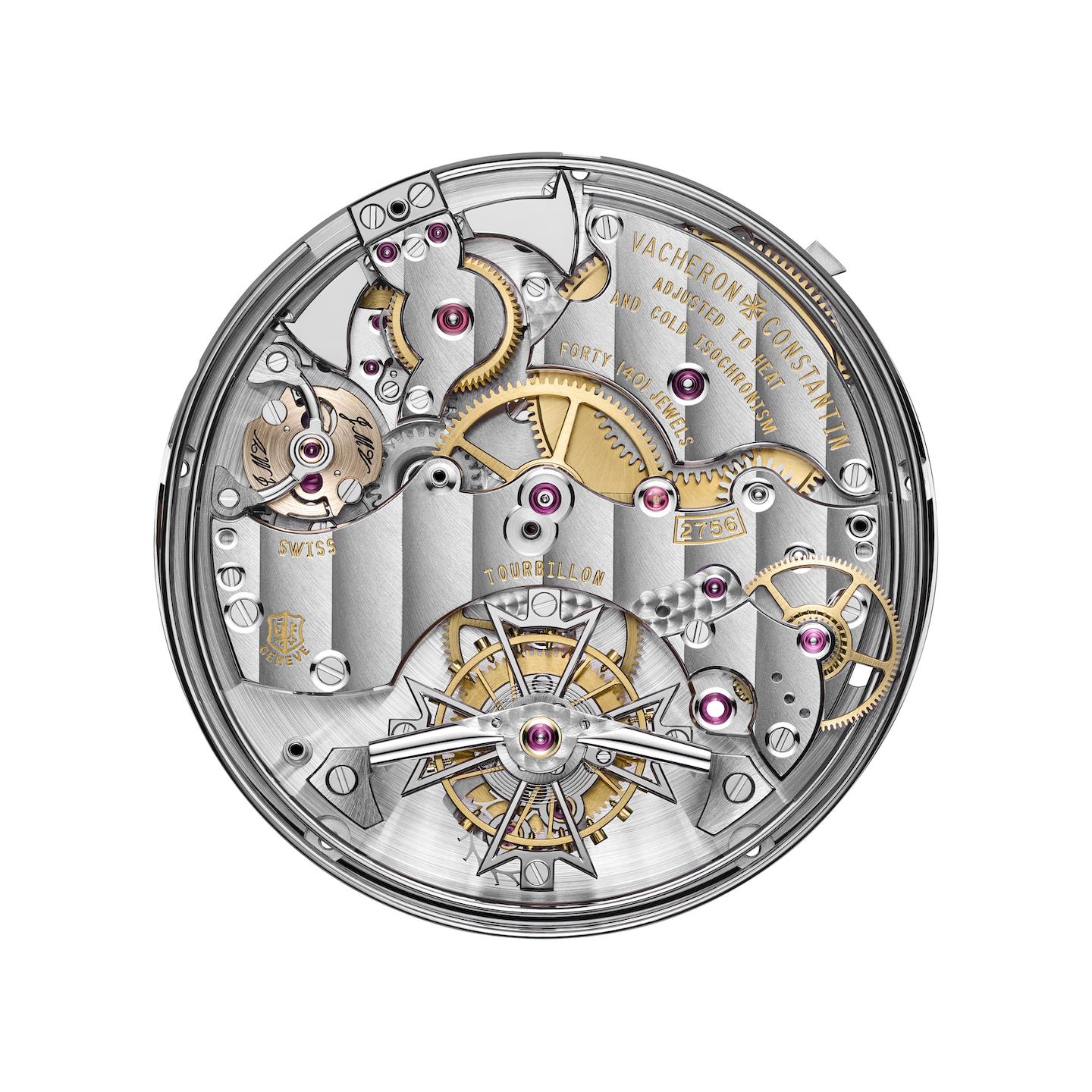 It was just a couple of years ago that Vacheron Constantin announced its partnership with Abbey Road Studios, a name closely associated with iconic artists such as The Beatles, Adele and Oasis. The collaboration came as Vacheron Constantin launched its Fiftysix® collection and its highly creative “One of not Many” campaign. Now, Abbey Road again works with Vacheron Constantin to create a sound print for each of its La Musique de Temps watches. This marks the first time that the repeaters from the collection have a unique sound print that is recorded and certified by Abbey Road Studios. This is important because no two repeaters, no matter if they use all the same materials and part, and the same watchmaker, have the  same sound.

“Entrusting the production of the sound prints of our models to an internationally recognized expert in the recording world is an integral part of our collaborative endeavors,” says Laurent Perves, CMO Vacheron Constantin. His enthusiasm is reflected by Jeremy Huffelmann, Head of Partnerships at Abbey Road Studios, who notes, “The opportunity to capture the sonic identity of these incredible timepieces is a privilege. These recordings perfectly encapsulate the shared values of craftsmanship, expertise and excellence that define our collaboration,   forever preserving the personality of these singular timepieces.”