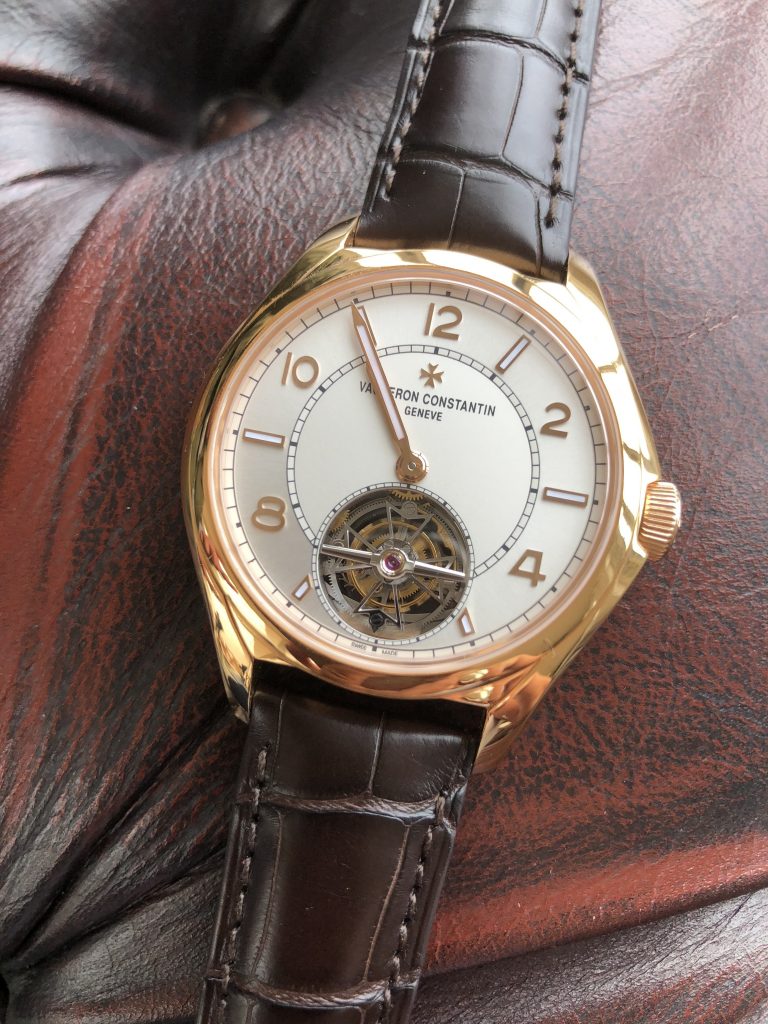 Just a couple of weeks ago, I spent time in London with Vacheron Constantin, where the brand was celebrating its new FiftySix collection, especially the just-released FiftySix Tourbillon.  Additionally, the brand announced its partnership with Abbey Road Studios, and showcased its new ad campaign “One of Not Many.” It was an incredible event, and I will bring a host of different stories from that trip in the coming weeks. For now, though, I want to touch on each of these stories briefly. 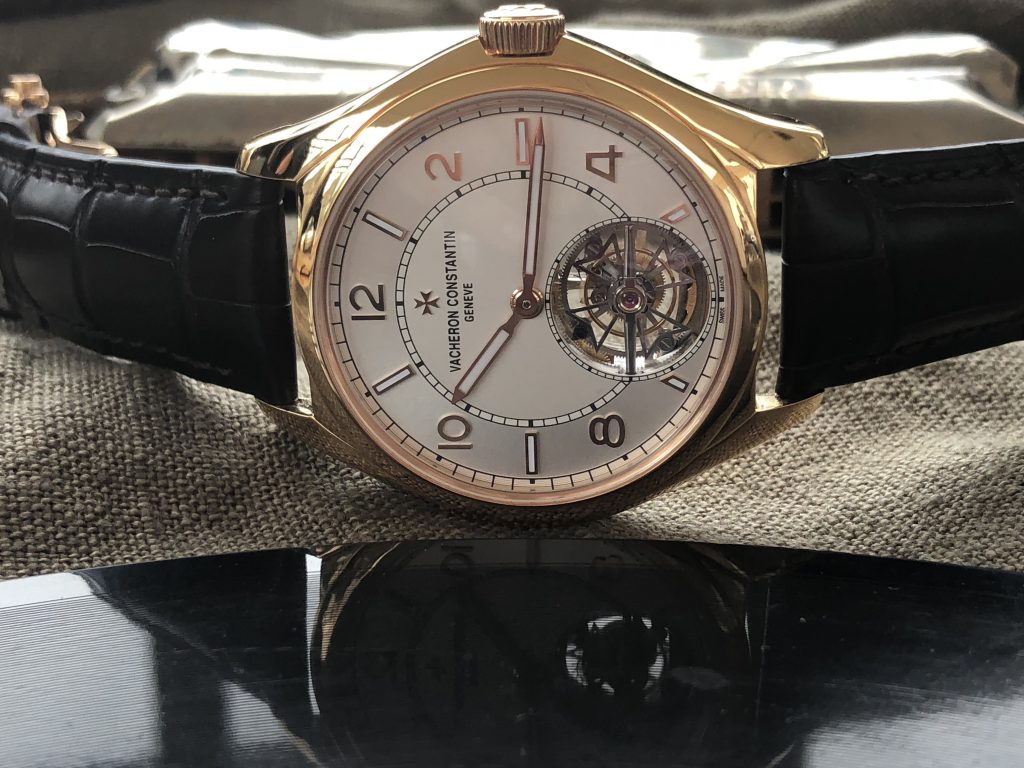 The Vacheron Constantin Fiftysix® Tourbillon is a beauty. Mind you, it won’t be out until next spring, but this will help whet you appetite for the striking new timepiece, as it  represents the first major complication for the all-new collection that originally made its debut at SIHH earlier this year. The first watches unveiled then, and making their way to stores this month, are a self-winding Fiftysix, a Day Date Fiftysix and a Complete Calendar Fiftysix. 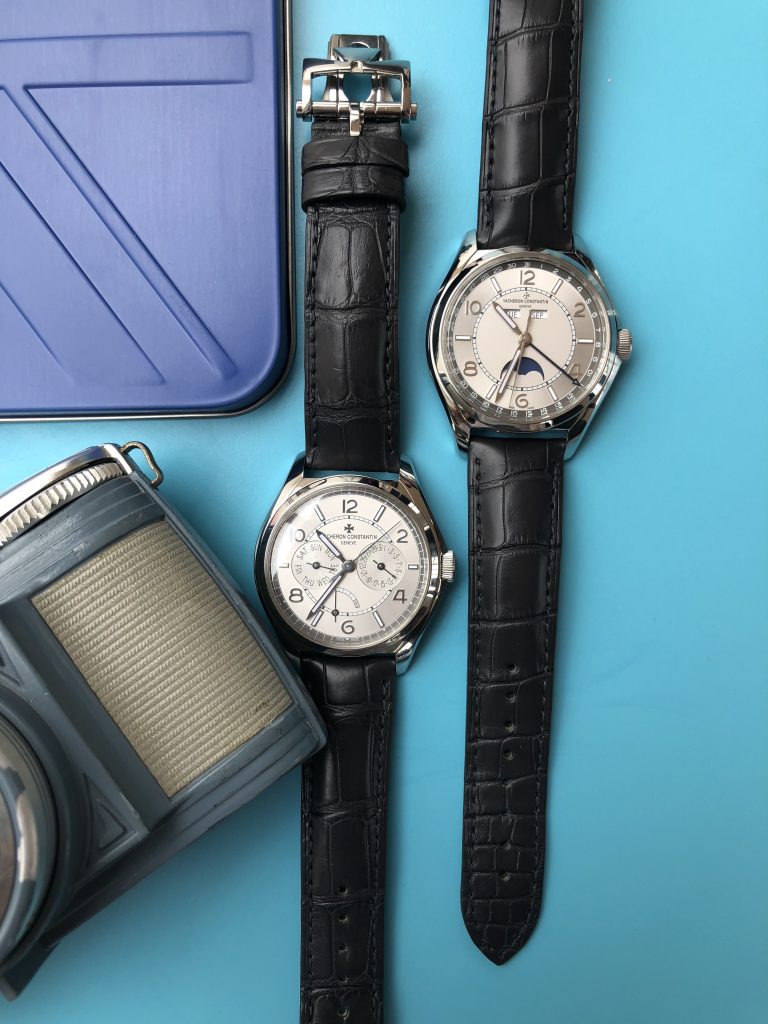 The 41mm 18-karat rose gold FiftySix Tourbillon houses an ultra-thin self-winding in-house-made movement, Caliber 2160, with a 22-karat gold peripheral oscillating weight that enables the slimmer dimensions of the watch. The 188-part movement, with 30 jewels, measures 31mm in diameter and 5.65mm in thickness. The tourbillon escapement is shaped in the Maison’s emblem: the Maltese cross. The watch features a silvered opaline dial with minute trackand applied Arabic numerals in rose gold. It carries the  Hallmark of Geneva certification attesting to its fine finishings. Each component is hand finished, with the tourbillon alone requiring more than a dozen hours of hand chamfering and polishing. The beauty of the movement is visible thanks to a sapphire exhibition caseback. 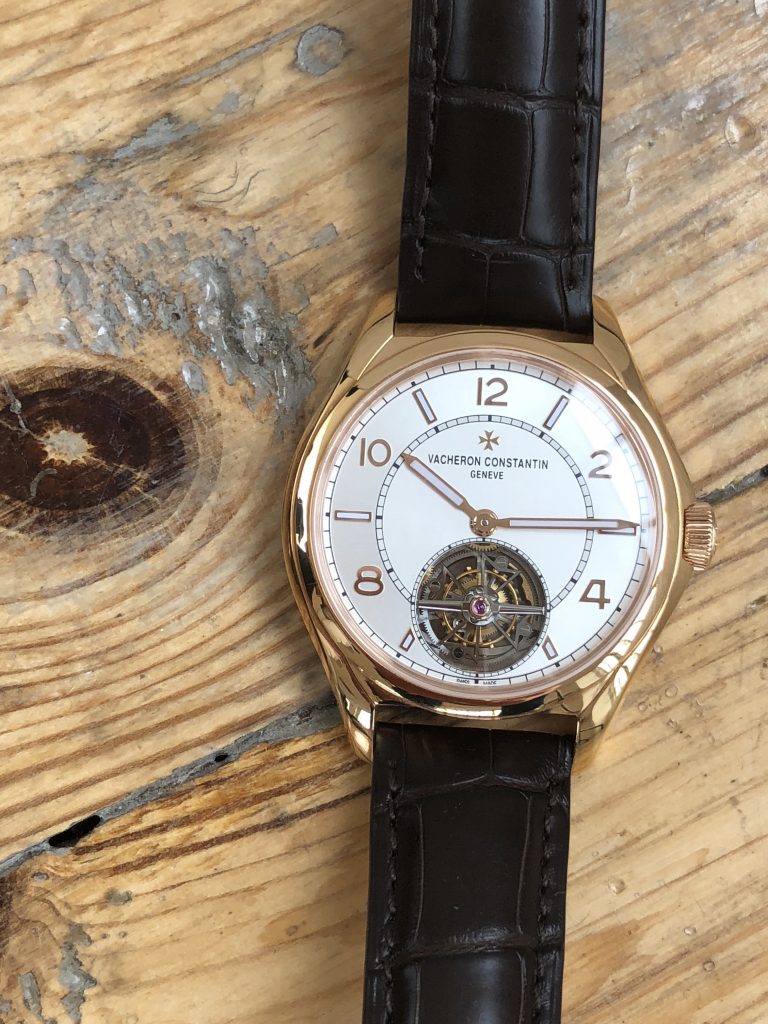 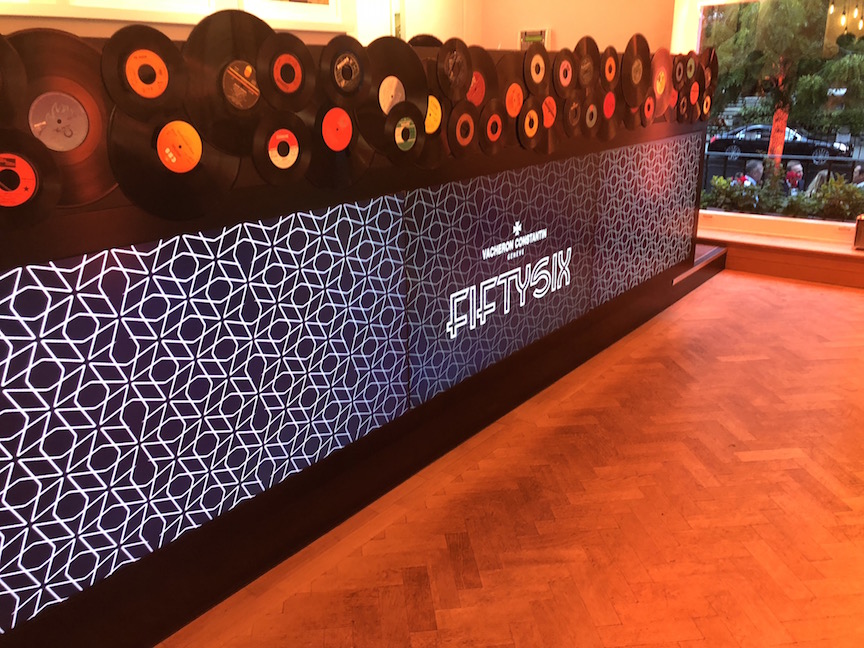 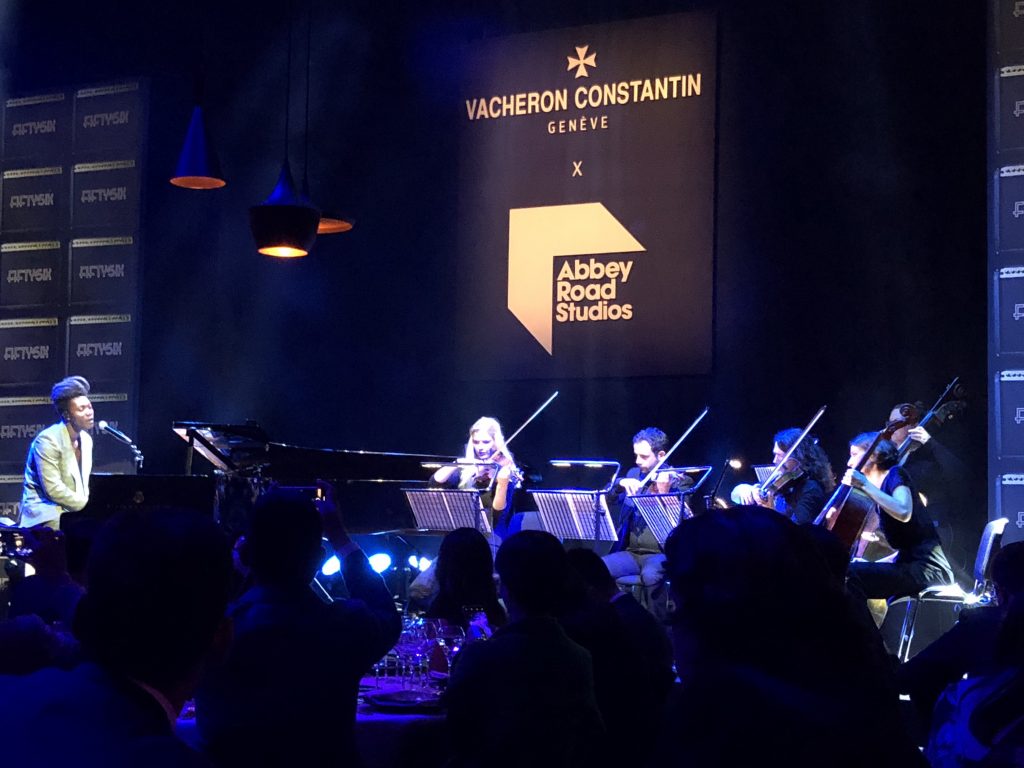 Vacheron Constantin ‘One of Not Many’ campaign

Vacheron Constantin is also launching a special brand campaign. I wrote about it in detail on my Perfect Timing column on Forbes.com. Now, I bring that comprehensive article to ATimelyPerspective readers:

“It is no secret that many of today’s watch brands are working to reinvent themselves a little, or to update their “stories” to appeal to today’s consumers. One such brand is the world’s oldest, continually operating Swiss watch brand, Vacheron Constantin. Today, the brand reveals its newest brand marketing and advertising campaign that takes its legendary roots as a fine watchmaker and translates them in an incredibly relevant way. Turning to modern day musicians, designers, photographers and more to act as the face of the brand and to tell their stories, Vacheron Constantin unveils the “One of Not Many” advertising campaign. 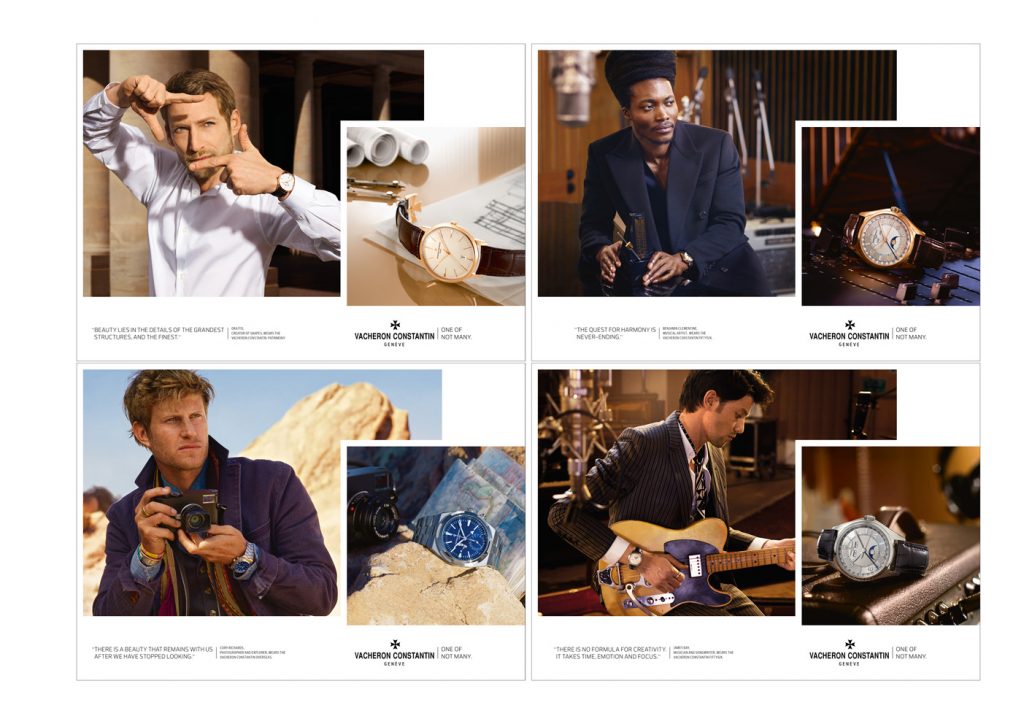 Vacheron Constantin ‘One of Not Many’ campaign.

Make not mistake, this venerable brand is not moving away from its rich history. Instead, it is focusing on the expertise and craftsmanship passed down from generation to generation, the passion and the creative spirit behind its “Fine Watchmaking” moniker. To embrace its spirit of innovation and the pursuit of technical and aesthetic perfection, Vacheron Constantin is working with artists who also tirelessly create and innovate.

Top among those joining the “One of Not Many” campaign is Benjamin Clementine, a contemporary singer, composer, musician (he is actually a multi- instrumentalist), and poet. The nearly 30-year-old British-born artist is a self-taught classical musician who fought his way out of near homelessness to burst onto the scene five years ago with a platinum-selling award-winning album, At Least For Now. He has since had multiple further successes and collaborations, has released a second album, I Tell a Fly, which he took on a worldwide, often sold-out tour. Clementine is constantly working on new material that is insightful and empathetic.

Similarly, 27-year-old British singer, songwriter and guitarist James Bay joins the “One of Not Many” campaign. He has had a nearly five-year-long run of successful albums (including Chaos And The Calm), Grammy nominations, awards and tours. In his newest creation, Electric Light, he deals with emotions in sometimes tear-jerking songs.

Not every friend of the brand for the “One of Not Many” campaign are singers. Also on board is photographer Cory Richards, who has climbed Mount Everest (without oxygen) and explored the world – delivering visual stories to National Geographic, Outside and the New York Times, among others. The 37-year old American was a high-school drop out who has won multiple awards for his adventure photography. French designer Ora Ito, with his own eponymous brand, is also on the roster. He has created designs for Apple, Nike, Swatch and a host of others and boasts a concept of “Simplexity” wherein the objects he crates are visibly simple but with complex functionality.

According to Vacheron Constantin, these artists also have taken part in the art direction of the new campaign (photographed by Phil Poynter), which is the first stage in the creative collaboration between them and the brand. The images showcase them in various settings in their creative processes. 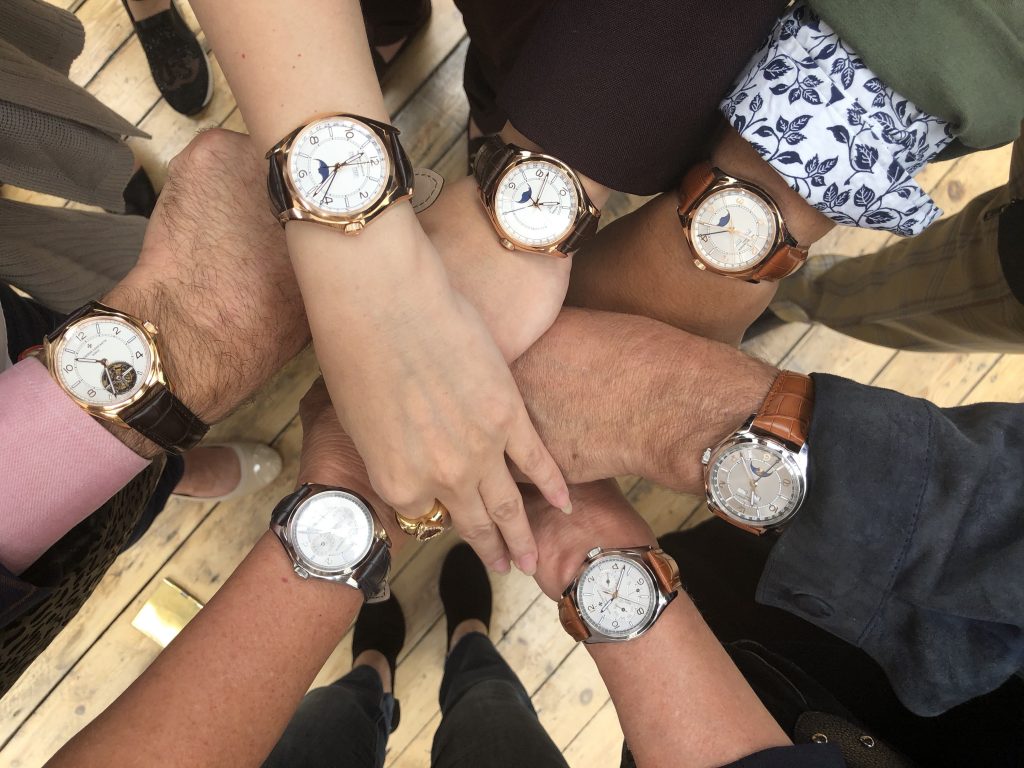