Introducing the Most Complicated Watch in the World: Vacheron Constantin Ref. 57260, with 2,800+ Movement parts 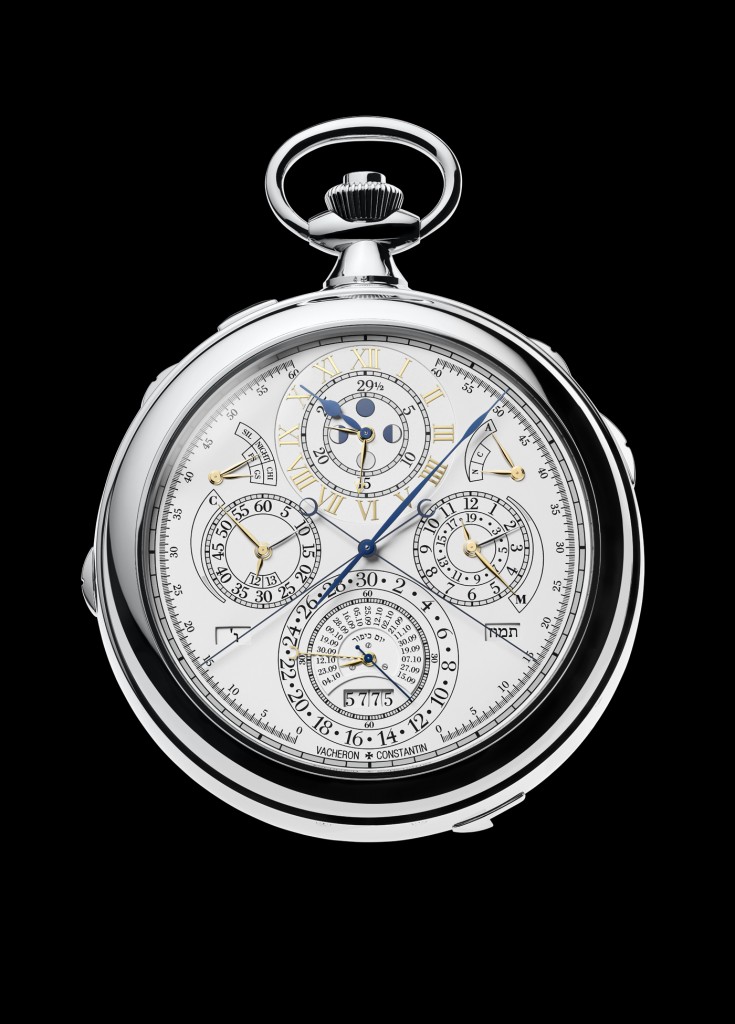 Vacheron Constantin Ref. 57260 named for its 57 functions and the brand’s 260th anniversary

Would You Wait 8 Years for a Watch? Someone Did. And, by watch lovers’ standards, it was worth the wait.  Today in Geneva, Vacheron Constantin celebrates its 260th anniversary at an evening event that brought together time, history, people and watches. During the day, the brand also unveiled the new Vacheron Constantin Ref. 57260 —  the most complicated watch of our century—with 57 functions, 2,800 movement parts and much more. Heretofore the most complex watch had 33 complications.

But, Ref, 57260  isn’t just about the numbers and the parts.It has a human component from both a buyer’s and watchmaker’s side that is touching and emotionally rewarding.

“Representing an unprecedented technical evolution in the field of Haute Horlogerie, this masterwork is a creation born of a collector’s dream, as well as the determination demonstrated by the Manufacture in pushing the limits of watchmaking excellence,” says Juan Carolos Torres, CEO of Vacheron Constantin.

In fact, a private collector, who wishes to remain anonymous, commissioned the watch. His goal was to have the most complicated watch of the 21st century and he specifically requested certain complications go into its making and that it have more than 33 complexities. After discussing the project with the Atelier Cabinotier bespoke department at Vacheron Constantin, the brand accepted the challenge. 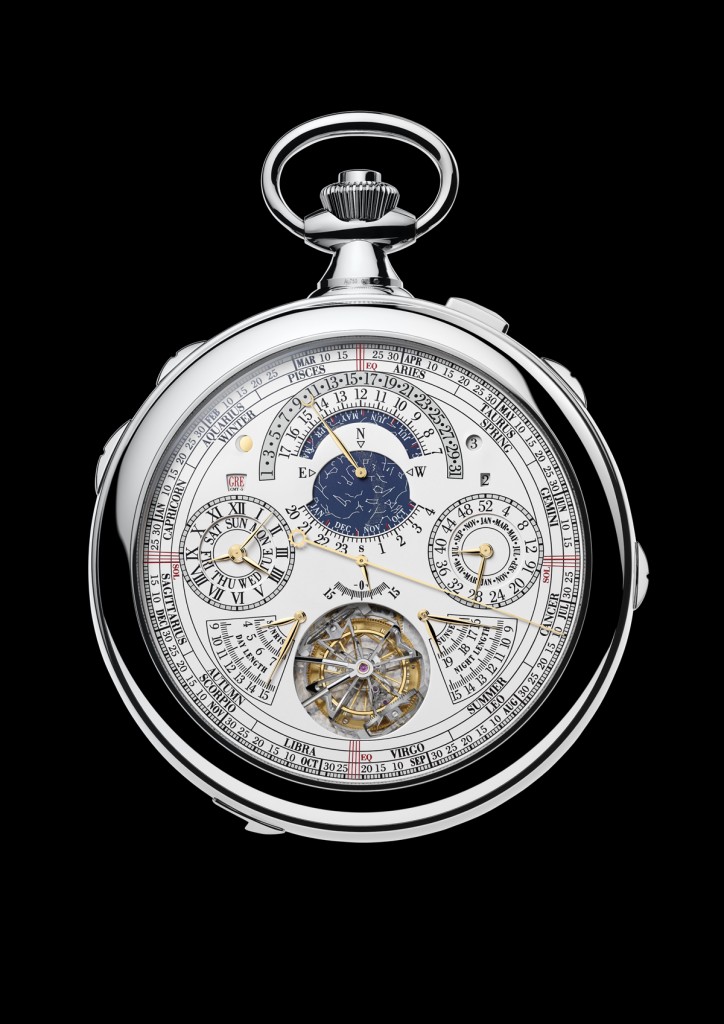 The reverse side of the Ref. 57260 with tourbillon, astronomical indications and calendar functions

That was eight years ago. While the company could have put already-existing complications into the watch and just added the other requests, that is not Vacheron Constantin’s style.

Vacheron Constantin has been creating bespoke watches almost since its inception 260 years ago. This customized watchmaking is a grand part of the history and tradition of the brand. The most notable include pieces made for James Ward Packard who, in the 1920’s and ‘30’s had a healthy competition going with Henry Graves, as each vied for the most complicated watch. That rivalry resulted in some of the most famous — and complicated — watches of all times, built by Vacheron Constantin and Patek Philippe. (Watch for an upcoming article on this subject, coming soon.)

With such a storied past, the brand naturally had to go above and beyond what was done in the past by both its own watchmakers and other brands. 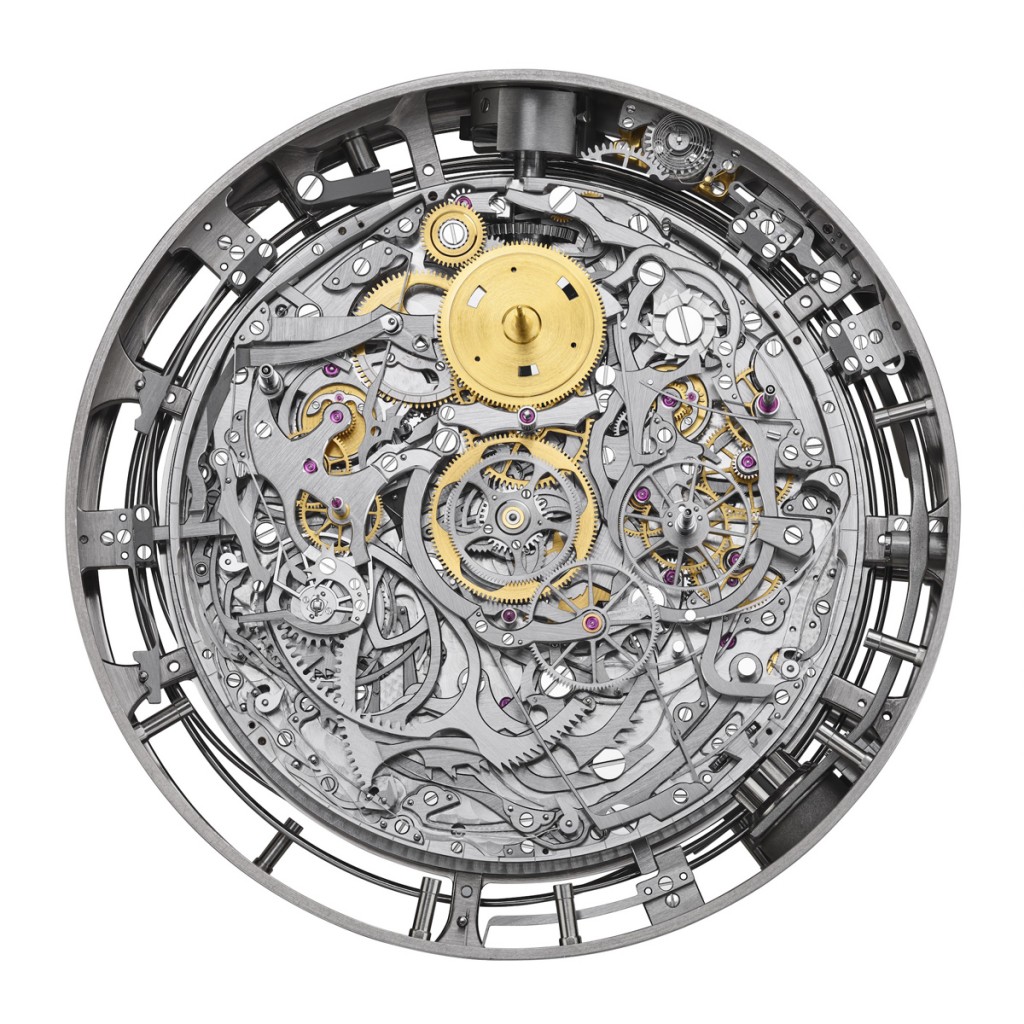 As such, the goal was to reconfigure every single complication in the watch and offer new technical solutions for their function. Additionally, the brand has added several complications – including a Hebraic perpetual calendar – that have never been seen before in a watch.

The Reference 57260 (which we have written about in detail on our Perfect Timing column on Forbes.com here) is a true force — a work of art, technical mastery and visionary development.

The double-sided pocket watch is crafted in 18-karat gold (960 grams) and has more than 30 hands to indicate its multiple functions – and grasping those complexities is not for the feint of heart. In the coming weeks we will bring you more details about this watch, its making and the men who brought it to reality. So stay tuned.

However, we want to make it clear that this watch is more than the sum total of its parts. It is a revolutionary piece that has had watchmaking life breathed into it by three fine men and a team of specialists. 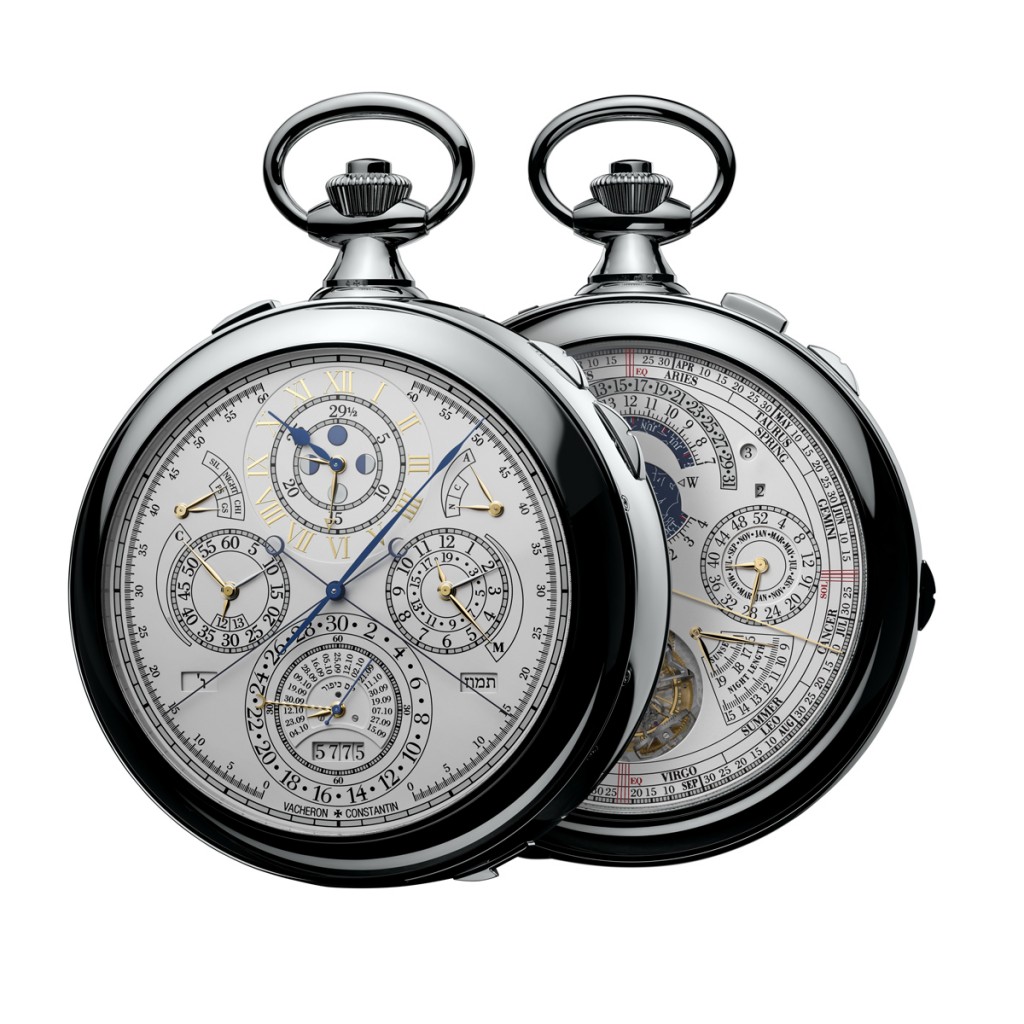 The gold case is made of 960 grams of gold

Meanwhile, if you want to get your hands on a little more technical information on the watch built by the Swiss brand with the longest uninterrupted history, stop a minute, grab a cup of coffee, and settle in – explaining even just a few of these complications will take some time.

Being a lover of chiming watches, this is the first complexity of the Ref. 57260 we will describe — especially since I personally am most fascinated by the extreme level of audiological advancement present in this watch.

Ref. 57260 is equipped with a Westminster Carillon chime with five gongs and five hammers. Westminster Chiming – named for the chiming clock in Westminster Tower in London — is the most complicated striking mechanism to construct. The chime offers Grande and Petite Sonneries, or minute repeater. 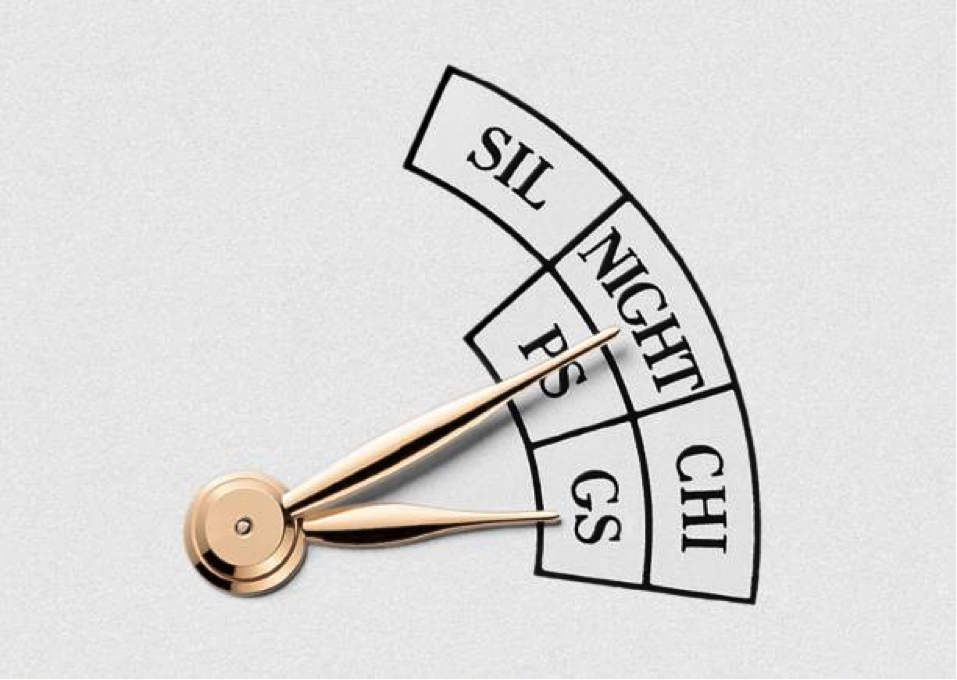 The carillon also can be engaged for use with the watch’s alarm. Yes there is an all-new alarm system (complete with power reserve indication) and choice of carillon Westminster chiming sound or single strikes normal alarm. When the carillon is selected, the wearer can further choose Grande Sonnerie (first quarter striking followed by the hour) or Petite Sonnerie (one or more quarters with hours). When the normal option is selected, the alarm sounds on a single gong, which is in addition to the five gongs for the Westminster chime, and is tuned at a different pitch to distinguish it from the Westminster gongs, an additional hammer sounds the single alarm strike. The choice given to the user between the different alarm ringing styles is a brand new development by Vacheron Constantin seen for the first time in this watch.

Don’t want the music or the alarm? (Why not?) There is also a silence function that can be activated when no striking is desired. The Night-Time Silence feature is an innovative system developed by Vacheron Constantin that automatically engages between 10 pm and 8 am – so as not to disturb its owner. The nighttime silence function is the first to be automatically activated without the need to manually set the chime or silence option. The precise hours of night silence are determined and set in-house at Vacheron Constantin. This is one potential system that could make its way into other Vacheron Constantin watches. 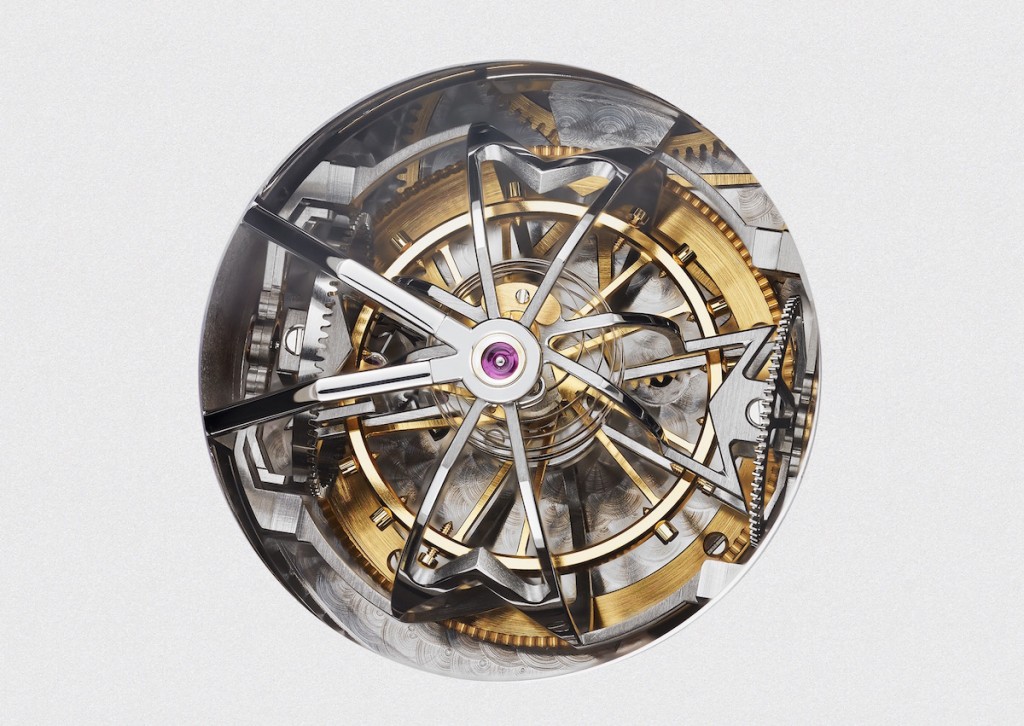 With spherical hairspring and diamond escapement fork pallets, the newly developed triple axis tourbillon gets its “armillary” name from the similarity the design holds to the scientific instrument holding the same name. The tourbillon features a spherical hairspring (balance spring), which has great visual allure and gives superb isochronism (frequency). The use of diamond pallet forks demonstrates Vacheron Constantin’s commitment to challenge ad offer low friction and long wear.

Business executives will love the multiple calendars on the watch, as well. These include the Hebraic perpetual calendar that is so complex that it has not yet been put into a timepiece. Vacheron Constantin changes all of that with this mathematical feat. The Hebraic perpetual calendar is based on 19-year Metonic cycles and offers Hebrew names for the day, month, date, secular calendar, century, decade and year. Also a very significant contribution to current –day watchmaking, this complication seems exclusive to this watch at this point in time. 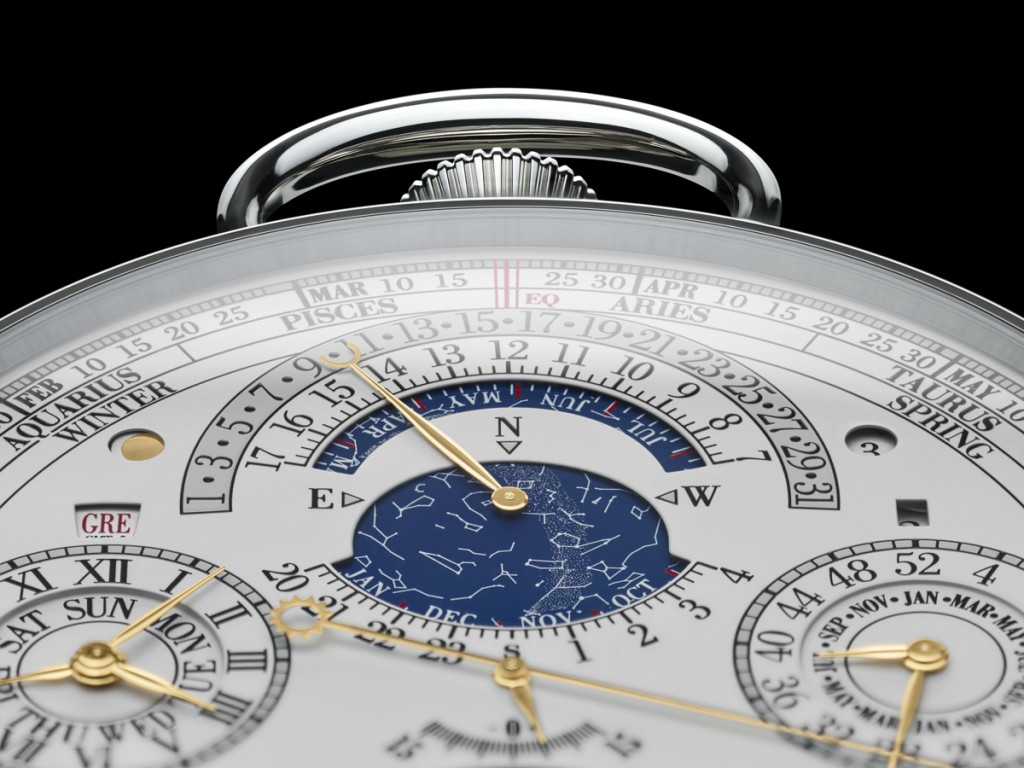 Other perpetual calendars in the watch are the Gregorian Perpetual calendar with retrograde date indication, and astronomical calendar that displays seasons, equinoxes, solstices, zodiac signs and sky chart. Even the very difficult sidereal time and equation of time complications are a part of this masterpiece.

If you want more details, keep checking back. Meanwhile, to make it simple, we list the complications and functions of Ref. 57260 below. You will want to check out the stunning triple-axis tourbillon. Sadly, remember, this watch is already sold and is a testament to Vacheron Constantin’s devotion to propelling the unique to new heights.

Functions of the Astronomic Calendar 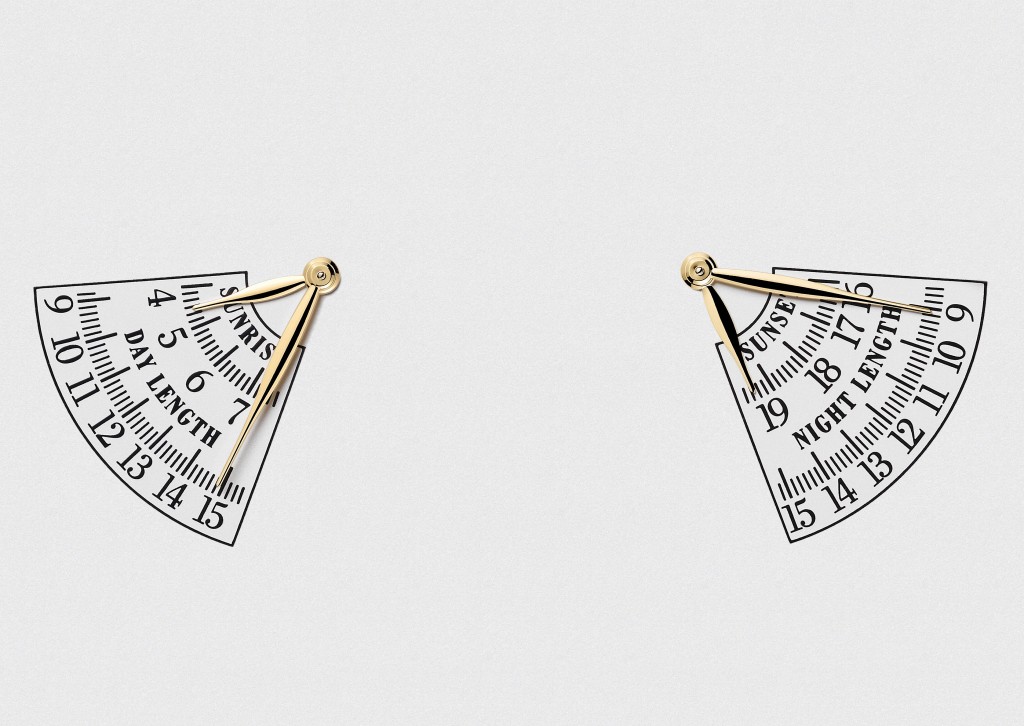 Functions of the 3 column-wheel Chronograph 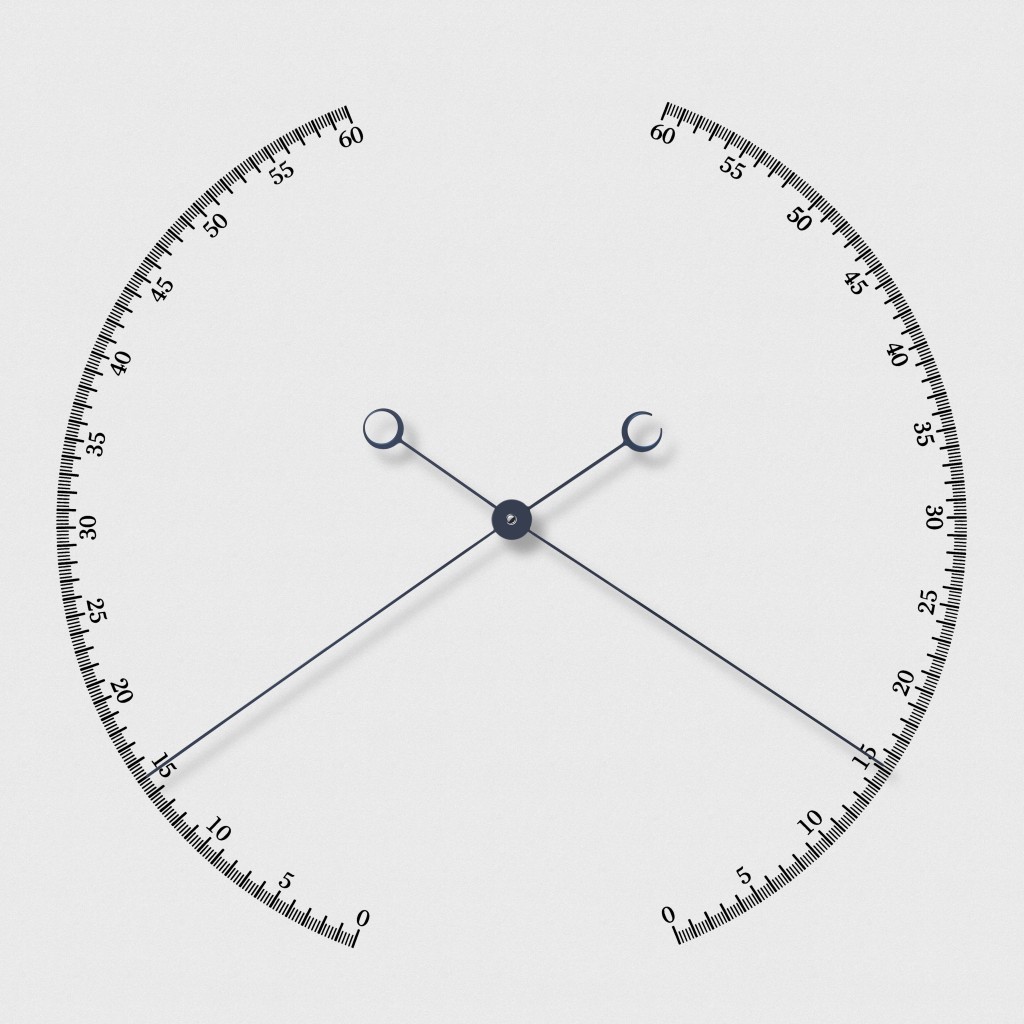