Introducing the Patek Philippe GrandMaster Chime: Ref. 5175 the most Complicated Patek Wristwatch yet with 1,366 movement parts and 20 complications 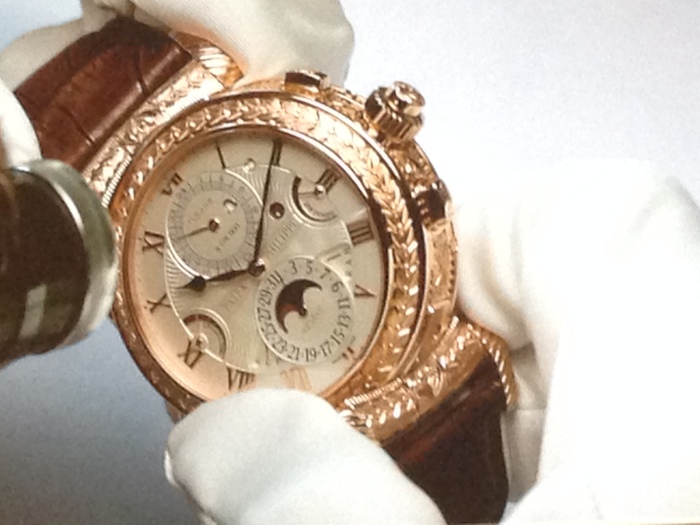 There is so much to tell about the 175th anniversary of Patek Philippe. Yesterday, we wrote HERE about what it is that makes this brand so special – the milestones in watchmaking history it has achieved. We have a lot more to say about that, but for now, we get right to the business at hand – as we know full well the world is waiting for the big reveal.

Tonight, with 300 global journalists present in Geneva at the Patek Philippe workshops – the Sterns (father Philippe and son Thierry) unveiled the amazing new creations that commemorate the brand’s 175th anniversary. They are many and they are superb. As such, we have decided to hold most of the unveilings for later in the week and even in the month—as we really study the watches carefully and deconstruct their essence.

For now we bring you simply the crown jewel of the collection: The Patek Philippe GrandMaster Chime. Make no mistake; this watch is not for the feint of heart. With just seven pieces being made (one for the museum and six for sale) the watch retails for 2.5 million Swiss francs – and is well worth the investment. 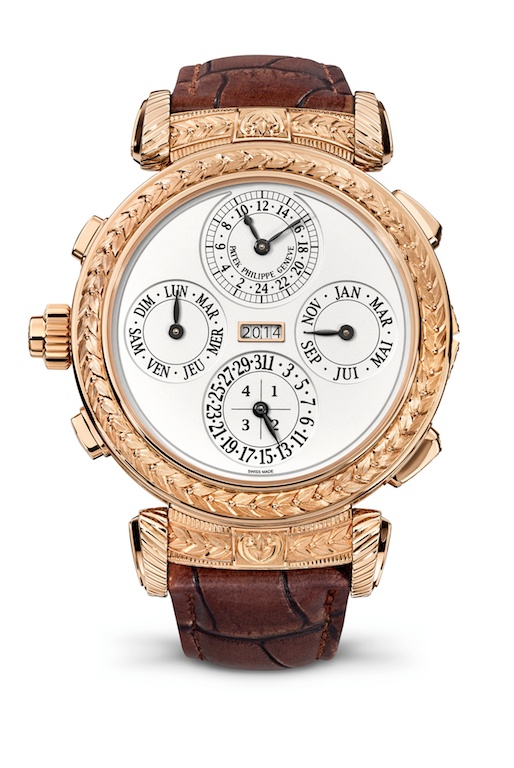 Seven years in the making and holding six patents, the masterpiece is the brand’s most complicated wristwatch to date. It is powered by the all-new Caliber 300 movement with an astonishing 1,366 parts. A Grande Sonnerie, which chimes the time in Grande mode (hours and quarter hours), a Petite Sonnerie (which chimes the quarters only), and a minute repeater the watch also offers two unprecedented audible functions: an alarm striking the time and an acoustic date indication – a true first. The watch if further endowed with a perpetual calendar on the reverse side. Yes, that’s right, the reverse side. 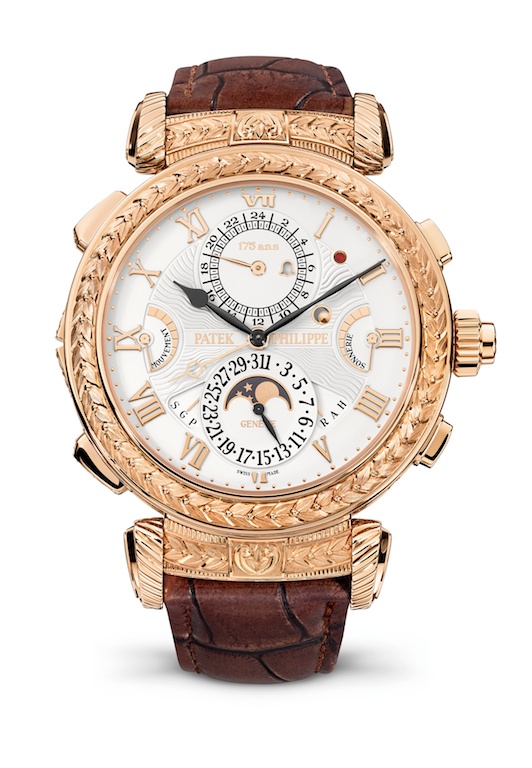 The entire piece is so richly engraved and decorated that it is a truly a work of art as well as a piece of horological supremacy.   But – lets not get confused here – this is Patek Philippe and the brand is not about supremacy but rather about – well – being the best it can be – setting the standards and continuing to set the standards. In fact, Thierry Stern, President of the brand said tonight that work has already begun on the commemorative watches that will ring in the bicentennial of this legendary company. 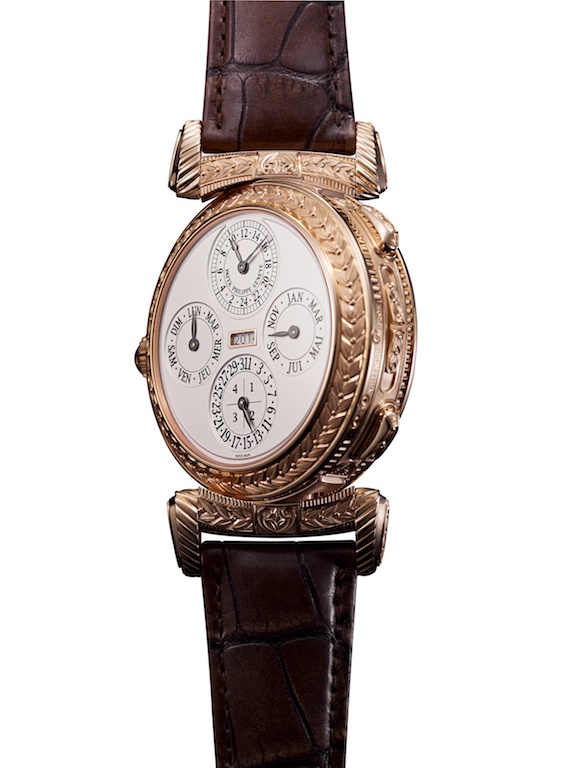 But now, back to this masterpiece for the 175th.    The watch is a sophisticated masterpiece:  a stunning work of art and an incomparable rendition of sound and melody – all painstakingly created in the brand’s Geneva workshops with know how that has been passed down from generation to generation. 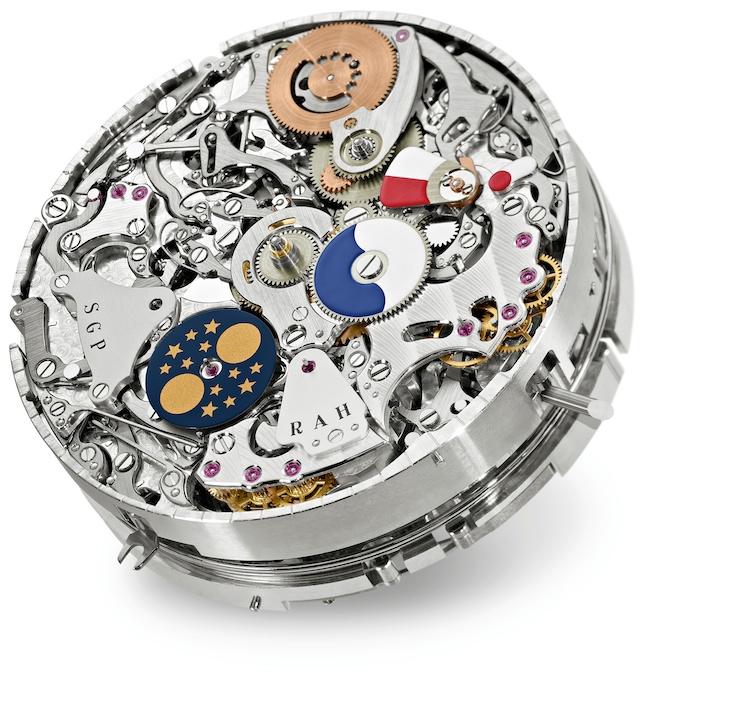 In all the watch boasts 20 complications — including the aforementioned five musical functions (with  two new world firsts:  the alarm that strikes the time (patented) and is programmable at quarter-hour intervals, and the unique date strike function, that receives the information from the perpetual calendar (placed on the other side of the movmemnt0).

This is the world’s only watch with three distinct striking mechanisms – with power provided by the same striking barrels coupled in a series. For its creation, Patek Philippe had to develop a differential system that is a superb work of micro mechanics.To further ensure optimal use, the brand opted to use a double-faced timepiece – with one dial displaying the time and musical functions, while the reverse side shows the calendar and moonphase relations. 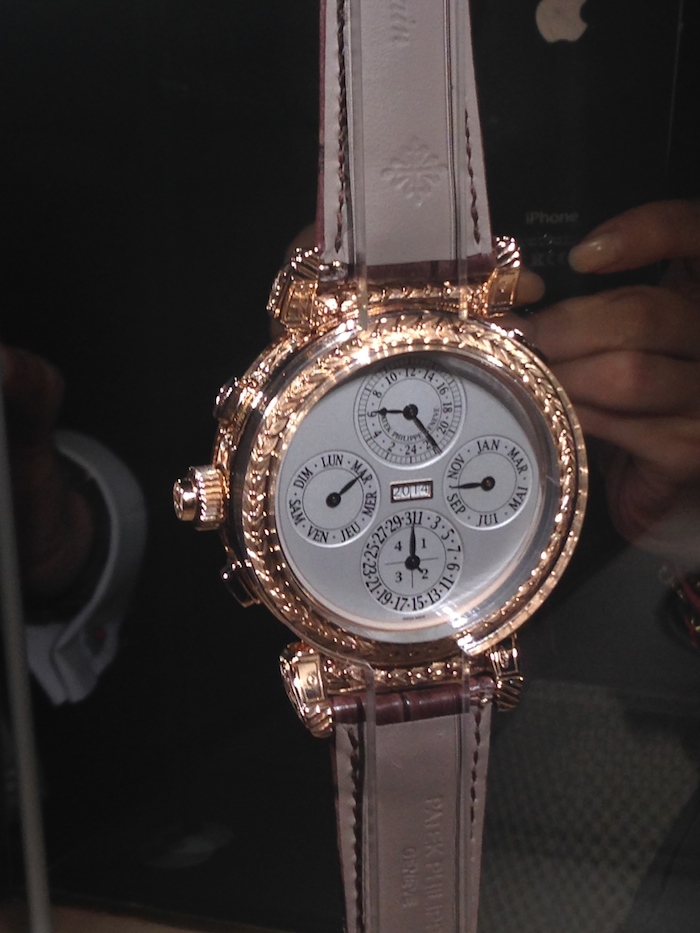 Tonight we got to meet the people behind the watch – the people who worked tirelessly to develop the round 18-karat rose gold case with patented reversibility and superbly engraved majesty.

In fact, the work is superb inside and outside, and is packaged in a presentation box that is superbly crated n Madagascar ebony with 17 other wood species. Later this week and month we will bring even more images and in November we will be hands-on with this piece. 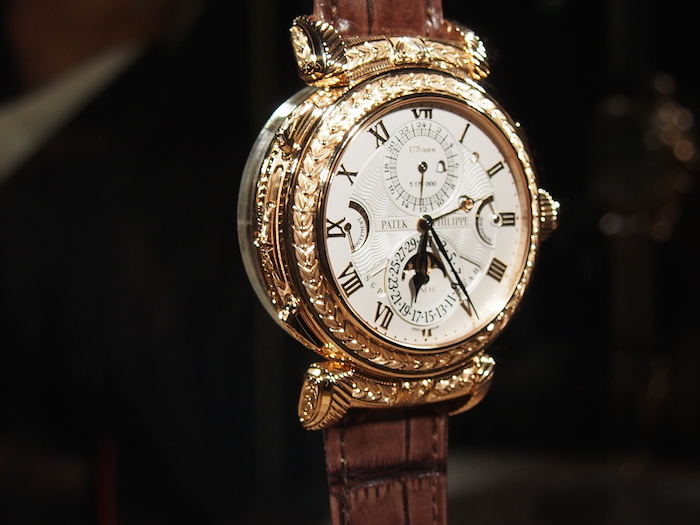 Introducing The Vacheron Constantin Year Of The Rabbit Watch
October 13, 2014

Introducing the Piaget Year Of The Rabbit Watch
October 13, 2014