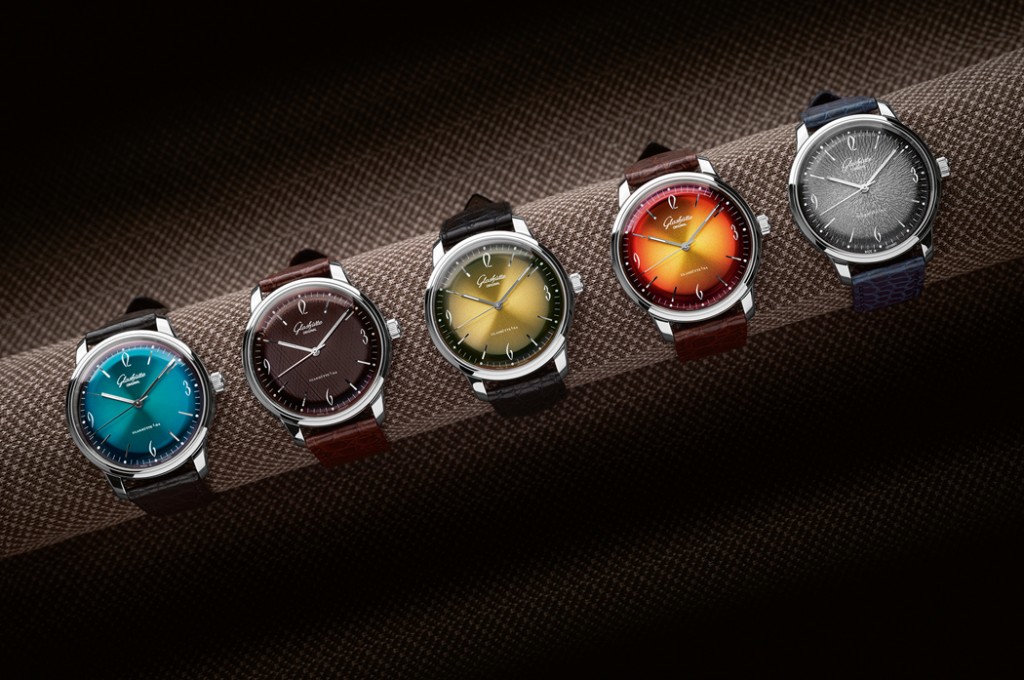 Paying tribute to a unique lifestyle of today – inspired by the past – Glashütte Original unveils dramatic new models to the Sixties Iconic Collection.

The watches are inspired by the original 1960’s designs. In eastern Germany at the time, the German Democratic Republic’s state-owned VEB Glashütter Uhrenbetriebe launched the Spezimatic wristwatch that was one of the company’s most famous creations. First unveiled in 1964, the series, fitted with automatic Calibers 74 or 75 and manufactured from 1964 to 1979, witnessed a grand diversity of models that quickly became style icons of their time. 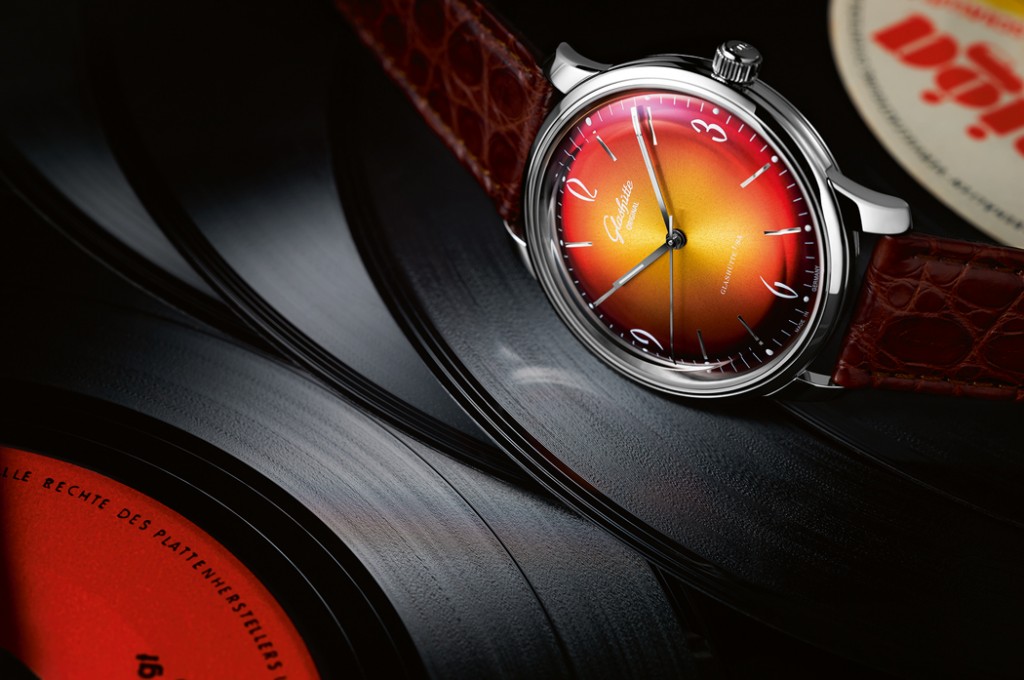 The watches house automatic movements made in house in Germany

The new watches, inspired by the original 1960’s designs, are offered in five colorful dial options that reflect the art, music and design spirit of the era—where the look made an impact on modern life. 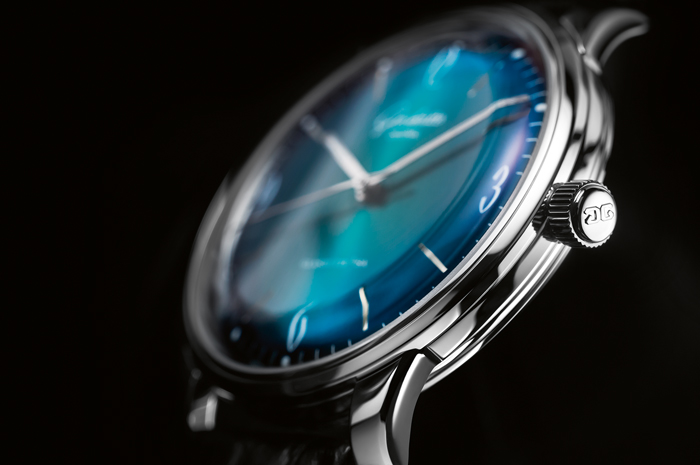 The colors: Sixties Red, Golden, Aqua, Brown and Grey. Each dial has a degrade effect that is achieved via a complex process executed in Glashütte Original’s own dial manufactory in Pforzheim, Germany. The dials are galvanized and then layers of lacquer are hand painted onto the dial in a series of time-consuming steps. The final step uses a special spray gun that gives the dial the color graduation effect with one color in the center and graduating in tones out to the edges of the dial —making each dial unique. 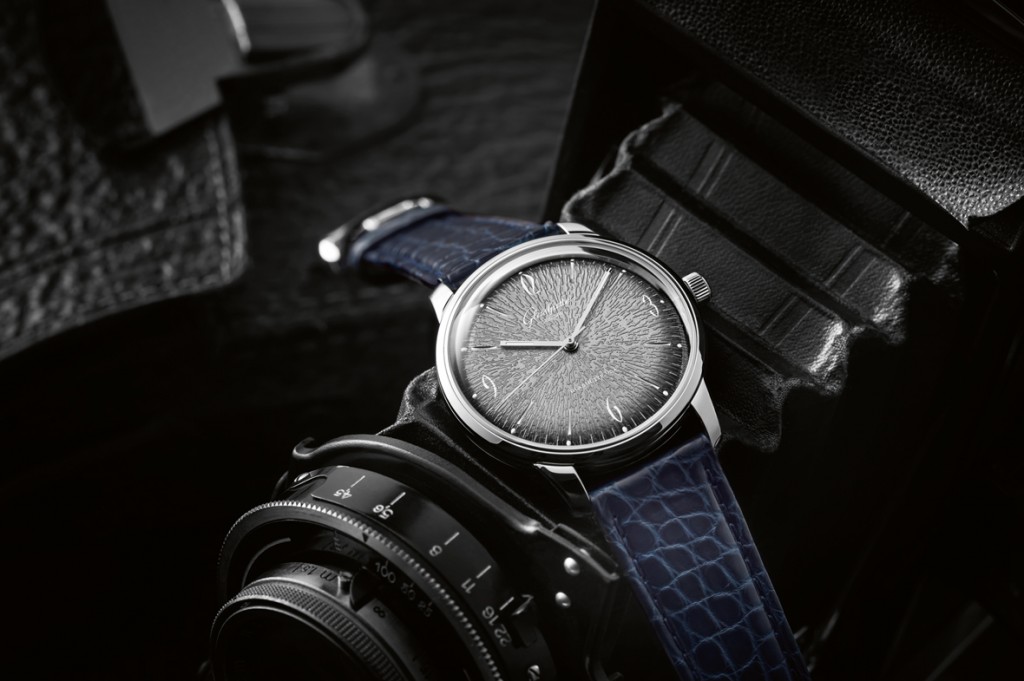 Additionally, using 40-year-old 60-ton presses to imprint a filigree pattern on the ultra thin dials, Glashütte Original further underscores the nod to the past. The tools are from the original dial manufactory. Certain models, such as the brown-black and the silver gray have unusual designs that reflect dewdrops or diamond-shaped geometrics.

Powering the watches is the automatic caliber 39-52 – a manufacture-made movement with 40 hours of power reserve. The domed dials feature lightly arched hour and minute hands with SuperLuminova highlights and a numeral font from the 1960’s. The 39mm stainless steel watches are finished with matching color Louisiana Alligator straps. At $7,500 each — this is a steal! 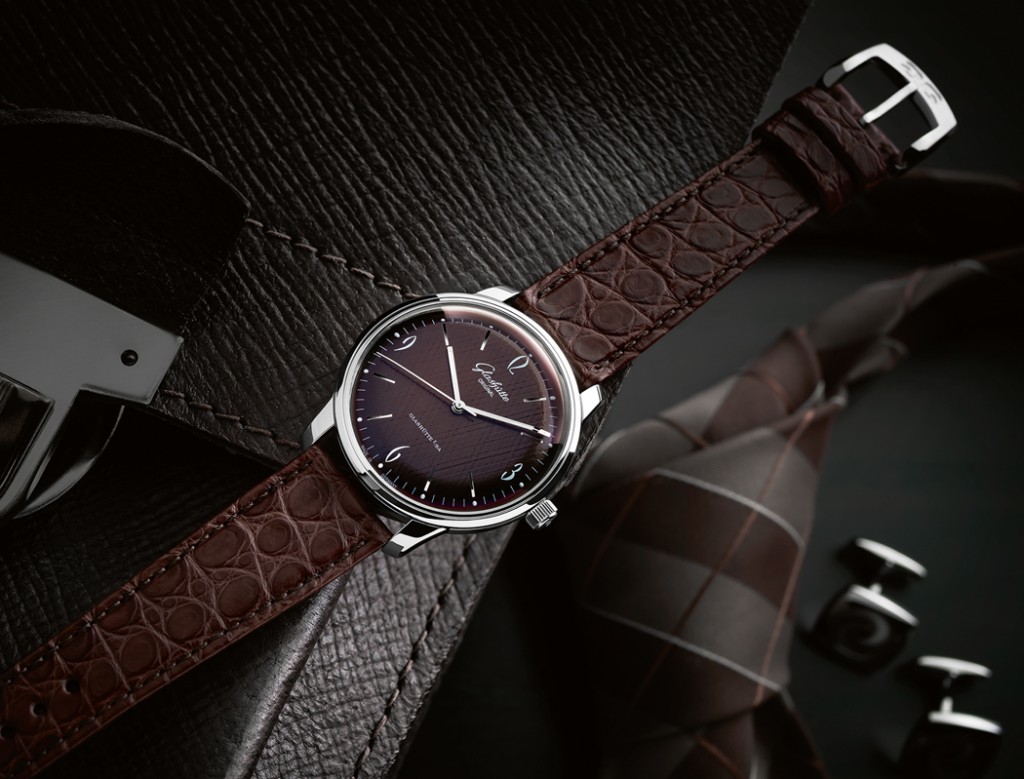 The line is inspired by the original watch unveiled in 1964