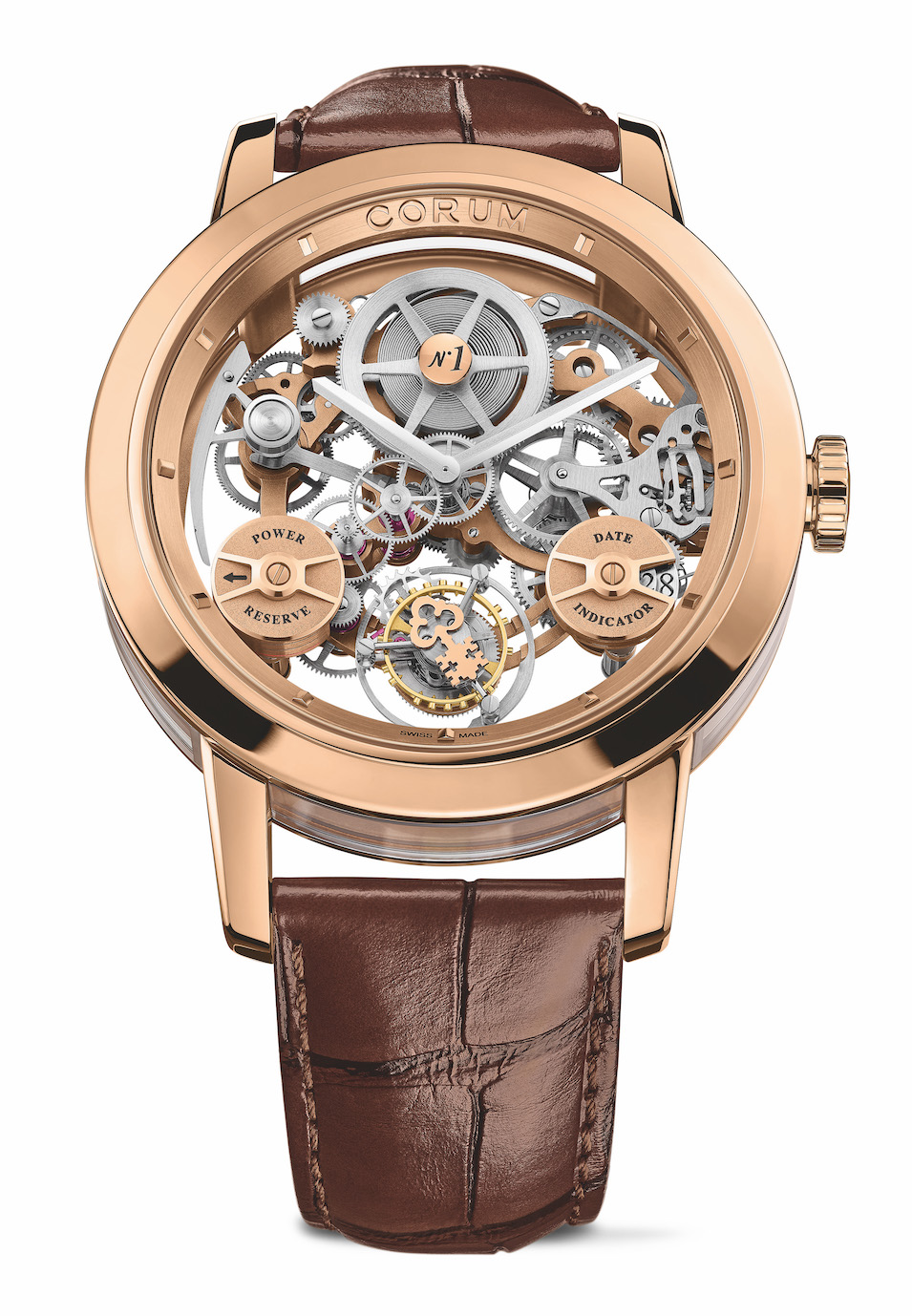 Swiss watch brand Corum takes the concept of “lab” watches and innovation a step higher with its newly unveiled Corum LAB 02 watch.  Two years in the making, this dynamic, technically advanced watch boasts a revolutionary new caliber equipped with a flying gear train, and a host of other firsts for the brand.

The LAB 02 takes technical thinking outside of the proverbial box with its flying gear train and flying tourbillon. The brand’s master watchmakers wondered what would happen if a movement didn’t  have bridges, and then worked to discover the answer.  The result is the 416-part caliber CO 300 skeletonize movement. Each component is meticulously   finished for ultimate beauty, as it is totally visible via the sapphire case, case-back and sides. The Lab 02 feature a flying tourbillon at 6:00, with flying wheels that track the hours, minutes and seconds, and with the bridge set directly onto the main plate. 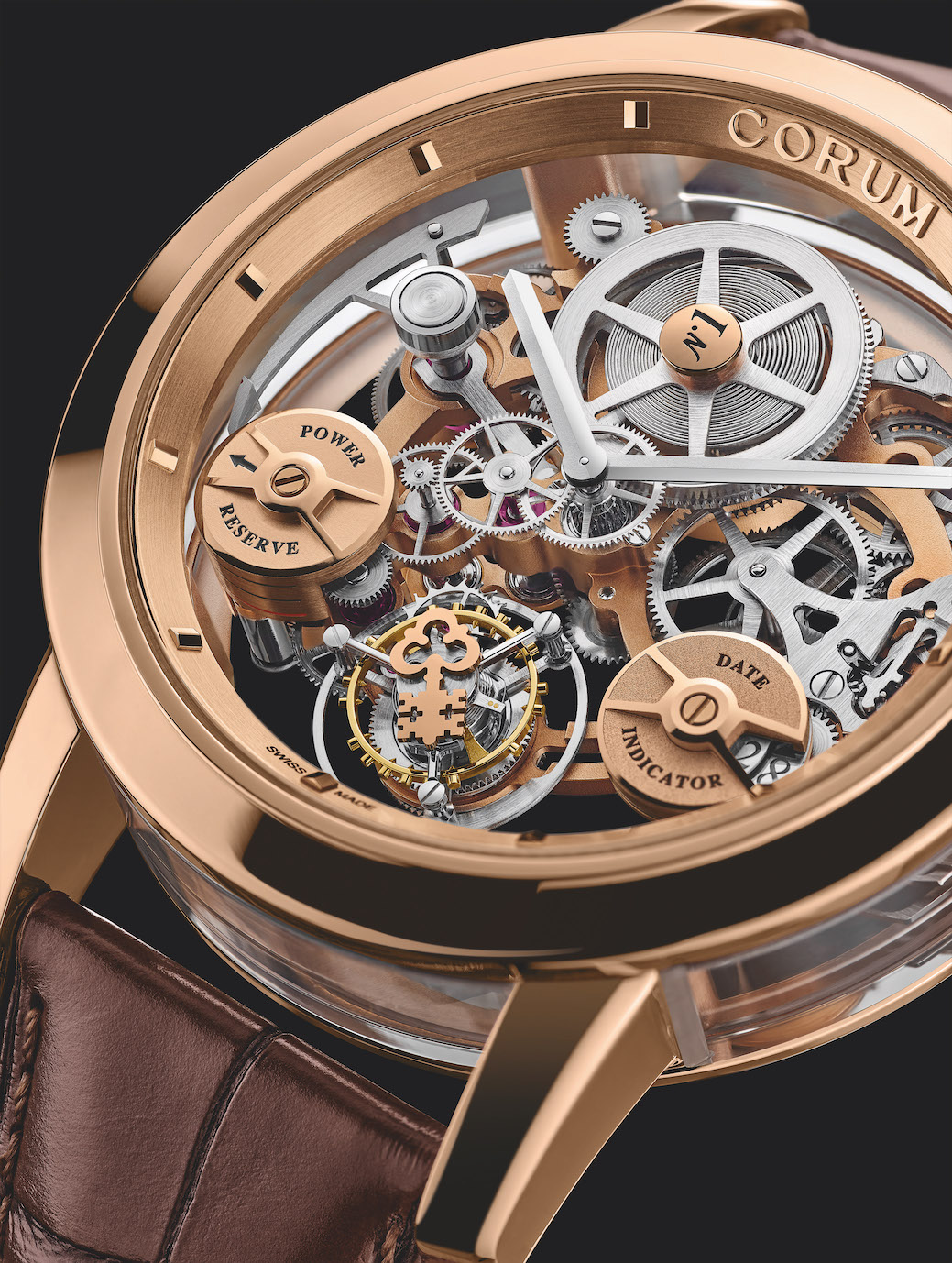 For the brand, building a movement that is not sandwiched between the main plate and bridge was a technical challenge that required a much longer axis for the gear train, and, without having a top bridge, needed ball bearings instead of rubies on the main plate to add strength and stability. The movement is  placed on a fully transparent sapphire plate that allows for magnificent visibility.  In addition to the flying tourbillon, the watch boasts a grand date function at 4:00 and a power reserve indicator (55 hours) that is unusually placed on the side of the case at 8:00. 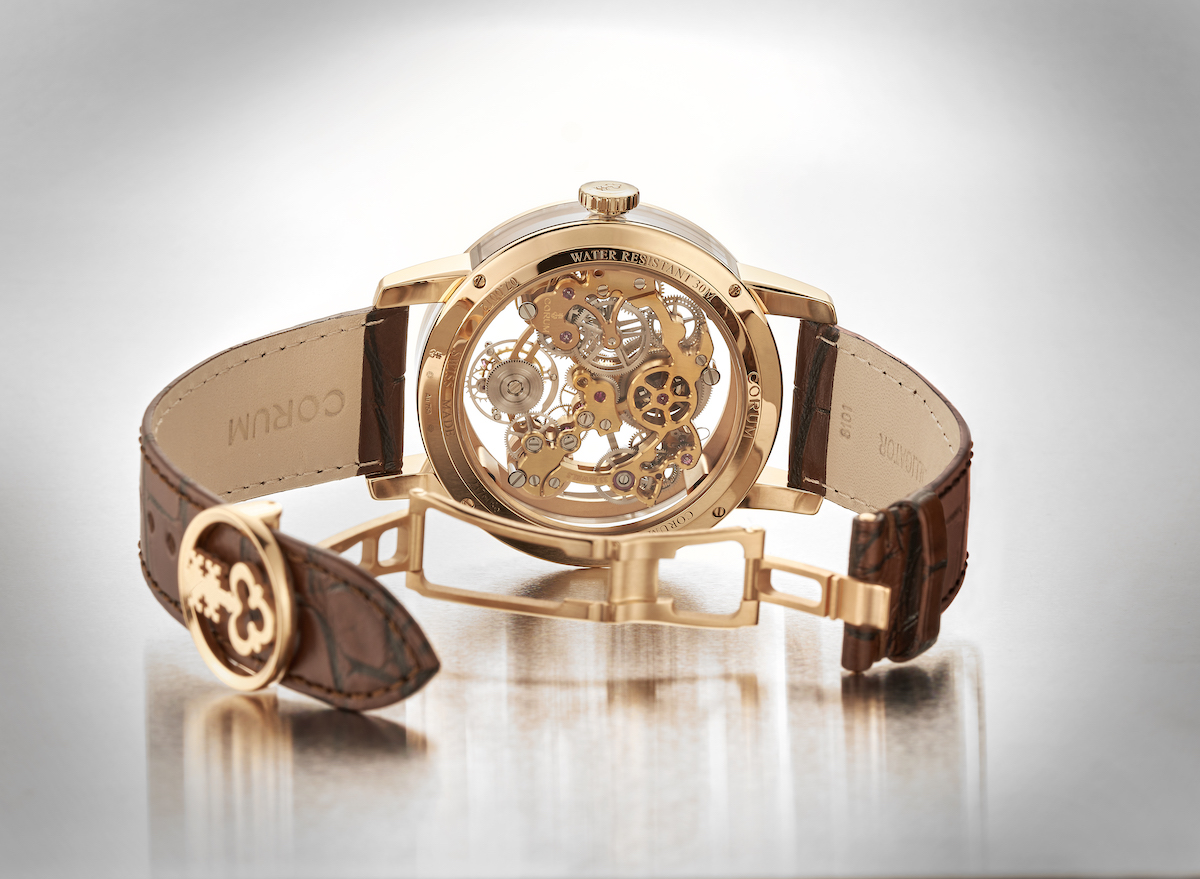 The new movement of the Corum LAB 02 looks as though it is floating in space. It was two years in the research and development stages.

The extremely complicated 45mm watch takes hundreds of hours to assemble, and as such, just 10 pieces will be made. Each will carry a specific plate number on the barrel. Additionally, Corum is offering customization of the watch in terms of color of gold, diamond-cuts and settings and more. The retail price for the watch as seen is CHF180,000– approximately $191,000. 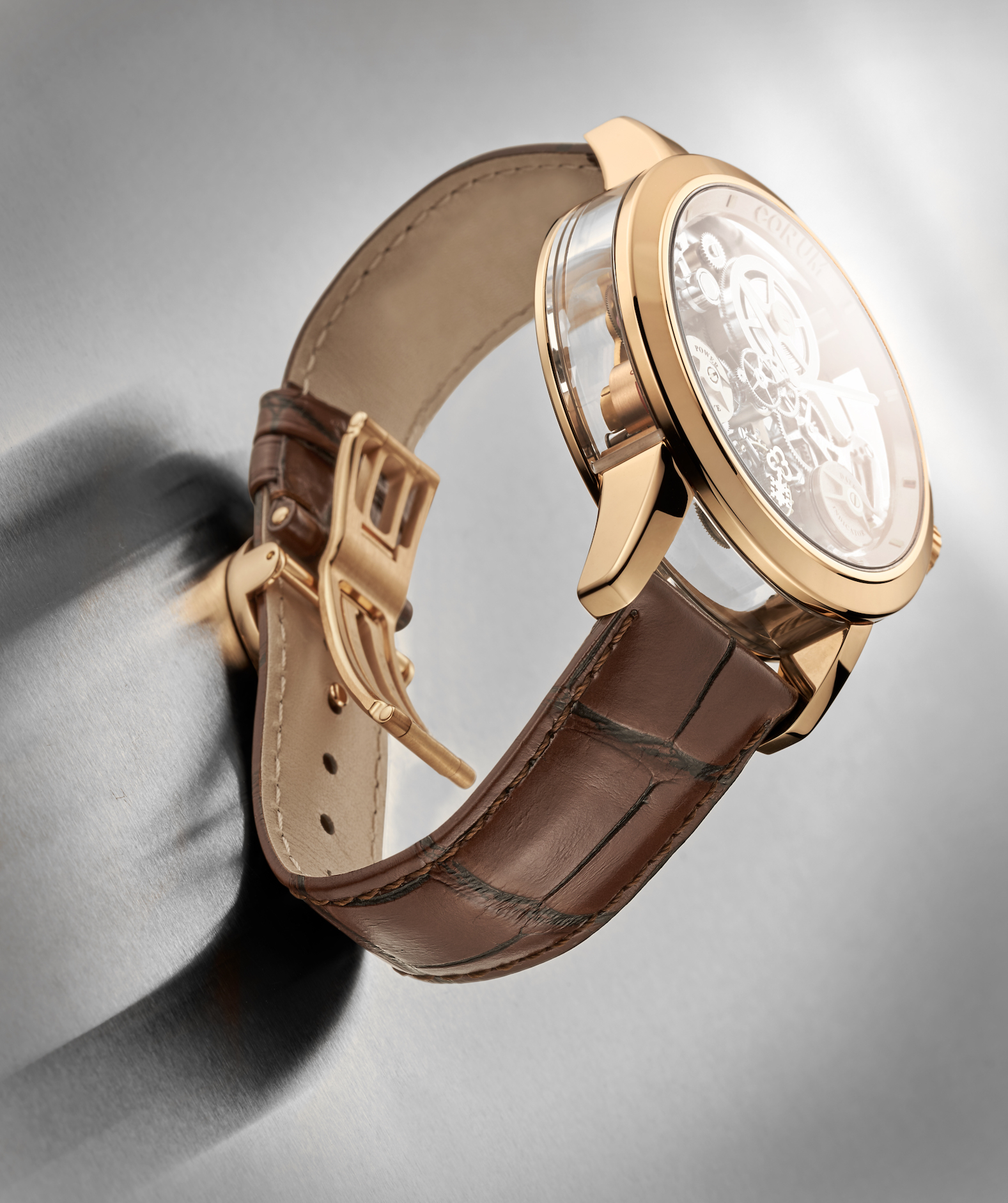 The Corum LAB 02 features a power reserve indicator visible on the case side.

The watch is the second in Corum’s Lab series — started to showcase the brand’s innovative technical prowess.The  LAB 01 made its debut in early 2019.