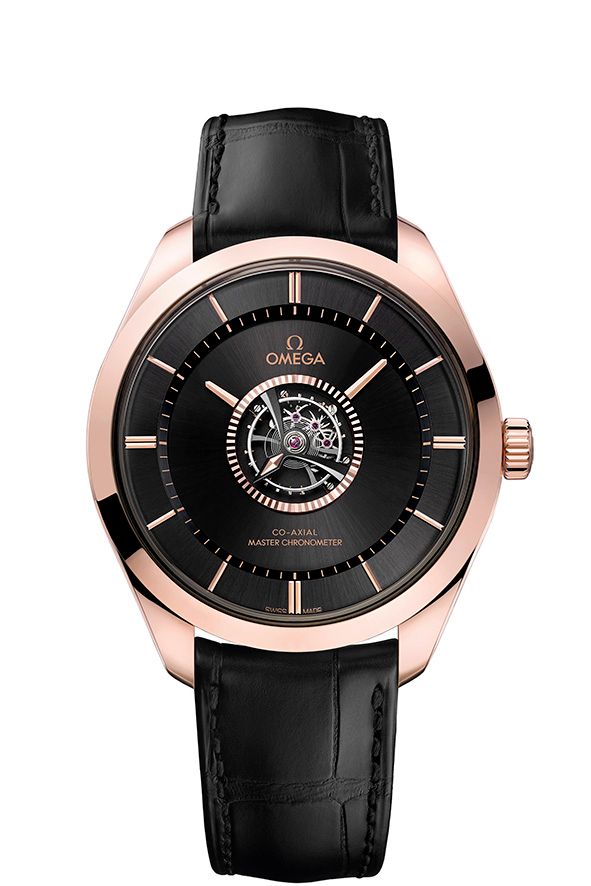 Today, Omega unveils its first first manual-winding central tourbillon movement with Co Axial escapement and antimagnetic properties and Master Chronometer certification. It is a big leap for a brand used to taking big leaps in time. The movement the new watch — the Omega De Ville Tourbillon Co-Axial Master Chronometer — is particularly alluring thanks to its black ceramized titanium tourbillon cage that rotates once per minute, and base.

To start, Omega offers the watch in 18-karat Sedna(TM) gold, which is proprietary to the brand and has a rose hue to it. The case center is crafted using white-hued Canopus(TM) Gold — also proprietary to the brand. This two-tone look is more brilliant and luxurious than a steel-and-gold mixture and adds to the specialness of the piece.  Even the black dial is PVD Sedna(TM) gold. 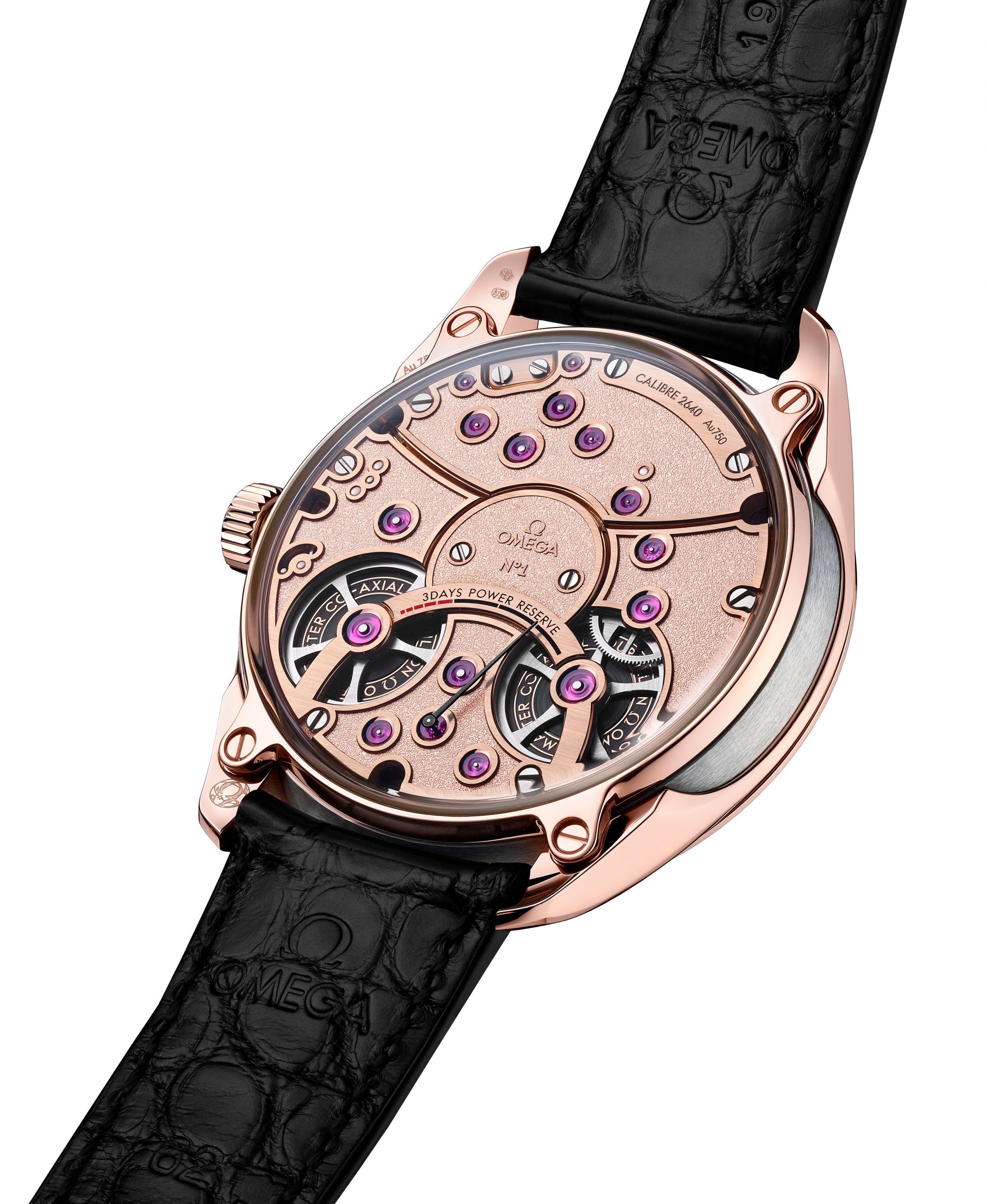 The titanium tourbillon cage — placed front and center on the dial — features the seconds hand, and has the hour and minute hands stemming out from behind it for a sort of mysterious appeal.  Omega is no stranger to the central tourbillon. In fact, its first central tourbillon made its debut about 15 years ago. While that one was chronometer certified, this new version is Master Chronometer certified — meaning it goes through even more rigorous testing than even the C.O.S.C. standards.

Also, because the watch uses high-tech materials in the movement, it is magnetic resistant to 15,000 gauss. This ensures that the tourbillon escapement continues to rotates completely once every minute despite magnetic forces. It is equipped with 72 hours of power reserve — with the power reserve indicator located on the back of the watch. An anti-glare sapphire domed crystal protects the watch, and a sapphire case back allows for viewing of the highly complicated caliber. 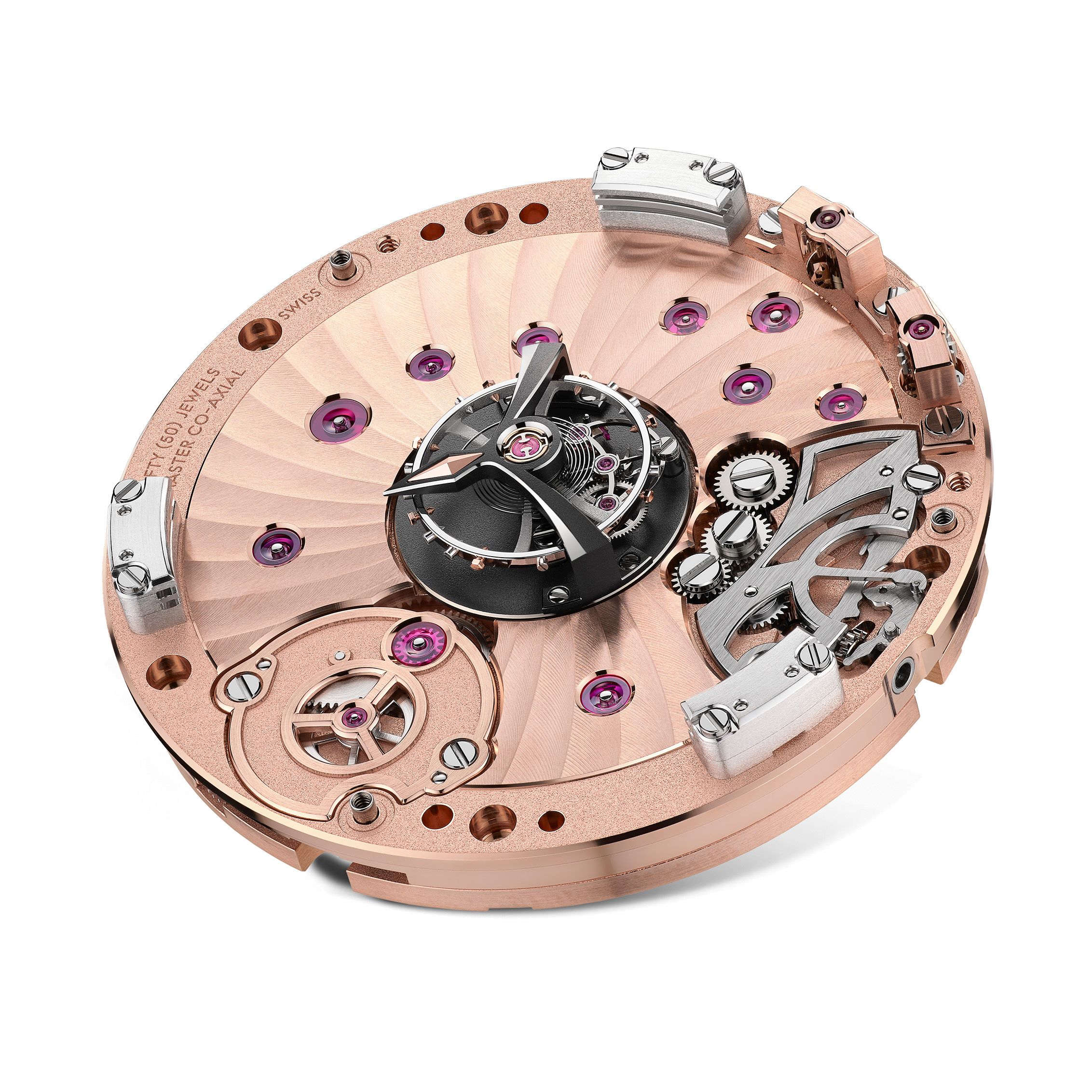 The Omega De Ville Co-Axial Tourbillon Master Chronometer is powered by the caliber 2460.

It takes the master watchmakers at Omega about a solid month to build a single watch, so — while it is not being made in a limited edition — it is being made in a numbered edition, and will come with several certificates, including the Master Chronometer and numbering certificates. It retails for $168,000. 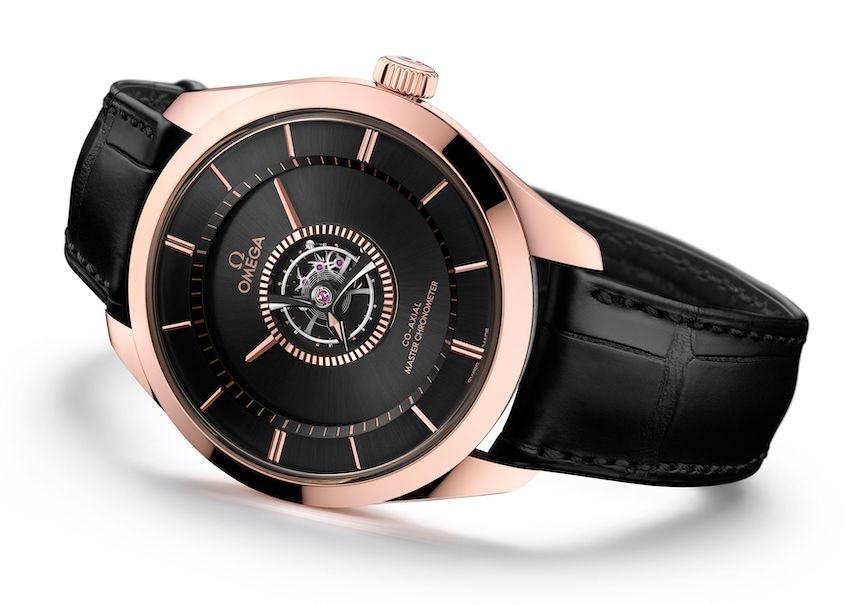