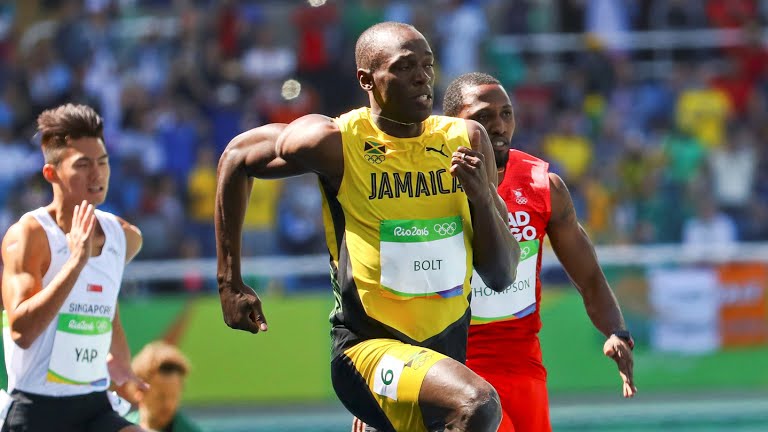 Last night in Rio, Usain “Lightning” Bolt made history as he won the Gold in the 100M men’s run — making him the first athlete in history to win the Gold for the 100M in three successive Olympic Games. While he didn’t break any of his own personal  records, he is still known as the fastest person in the world. We had the chance to talk with Bolt before he went to Rio, and the 29-year-old  Jamaican sprinter who is also a Hublot brand ambassador said all he was looking for was to retain his title at the Rio 2016 Summer Olympic Games.

The soft-spoken 6’5″ runner has a genuine love of life–  indicative of his laid-back Jamaican upbringing. “We Jamaicans are not too stressed about time,” he quips with a smile breaking out and lighting up his face and demeanor. 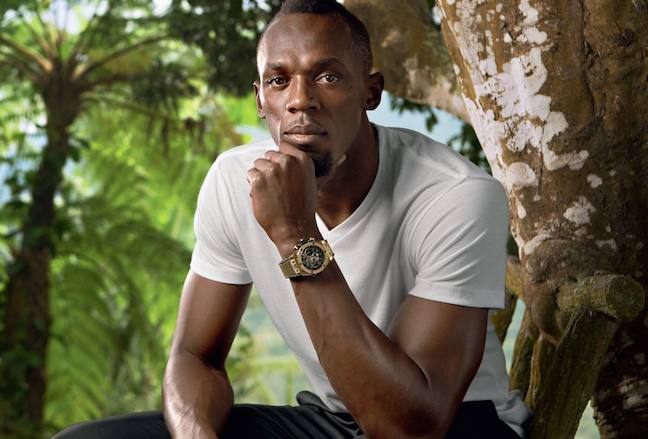 Nicknamed Lightning Bolt, he has already won six gold medals in previous Olympics and is an 11-time world champion and three-time winner of the Laureus World Sportsman of the Year title.  Additionally, he is a Hublot brand ambassador, and has designed several timepieces with the brand.

In Rio, Bolt says he is just looking to accomplish his goals of winning and of defending his title. While Bolt will be turning 30 as the Olympics come to a close, he says he is determined to put his best foot forward, so to speak.  “I still have the drive. I just want to push the barriers and see what I can do and how far I can go. I am just determined and driven.” 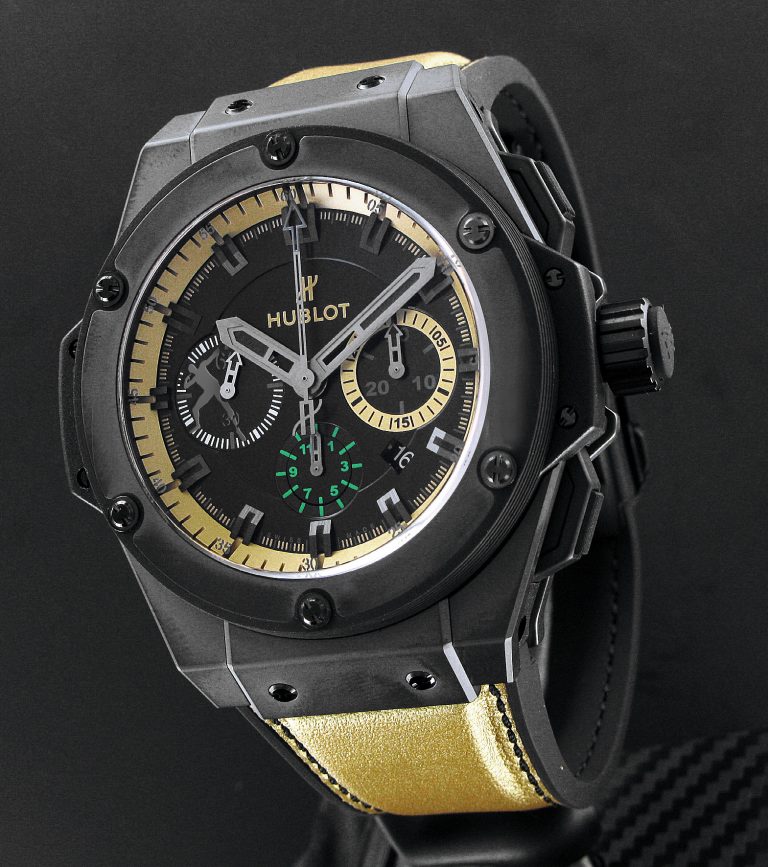 When i asked him what was the longest moment of his life thus far, he answered quickly. “I always come back to this one moment when I just started track and field. It was the World Junior Championships in 2002, when I came out for the 200 meters [that he won, making him the youngest world-junior gold medalist ever.] The pressure I was feeling was so intense that I could tell you blow-by-blow everything that happened. I was so nervous; I was so worried about what would happen it was just a different feeling, and I guess because I was young and I felt the pressure on me, the moment seemed like forever. But that one moment defined me for the rest of my life. It made me more confident and made me believe in myself and believe that I could do anything I put my mind to.”

About his partnership with Hublot, he says he is very pleased with the relationship and the watches. “I was shocked when they approached me and wanted me to be an ambassador. This is a prestige brand, and I do track and field, and I thought they would do golf, or polo, so for them to approach me was an honor and it was an easy answer to be a part of this,” says Bolt. “We have done so much together over the years and they respect my Foundation also, which is great. We have just become a real family over the years, and I really appreciate them and their support every step of the way.” [Editor’s note: The Usain Bolt Foundation is dedicated to enhancing the character of children through educational and cultural development.] 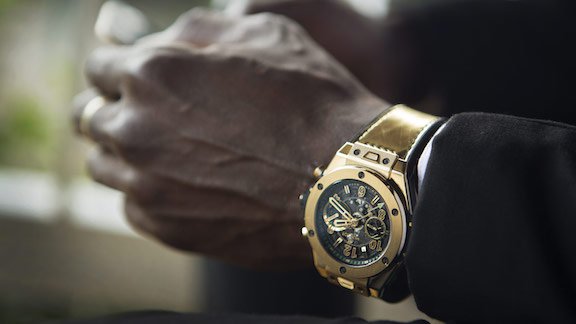 Bolt said he wanted the new watch to “pop” and the gold version truly accomplishes that .

Regarding the new Usain Bolt watch, he says this one what he really wanted was for it to “pop.” He says Hublot struck it right — mission accomplished.  Bolt ran that 100M in 9.81 seconds, with USA’s Justin Gatlin coming in for the silver. Next up: the 200M on Tuesday August 16.