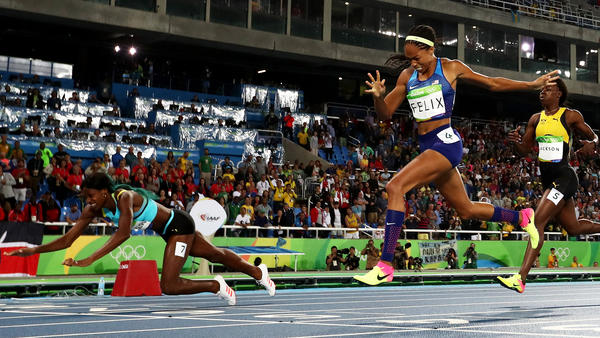 Last night at the Rio Olympics, Shaunae Miller dove for the finish line of the women’s 400M– beating Allyson Felix (a now 7-time Olympic Medalist) – and stealing the gold. Felix got the silver. Just a few short strides to the finish line of the grueling race, with Felix and Miller both running in perfect form, the 22-year-old Bahamian Miller simply dove forward with all her strength—falling to the ground across the line. Miller beat Felix by 0.07 seconds. Make no mistake here, she won, and it was legal, but the thing about this win is that it will go down as one of the most debatable Olympic moves when it comes to ethics. It was also a move that endured intense scrutiny – with all eyes on the Omega 10,000-pictures-per-second Myria Photofinish camera to see if Miller’s torso touched before Felix’s feet. 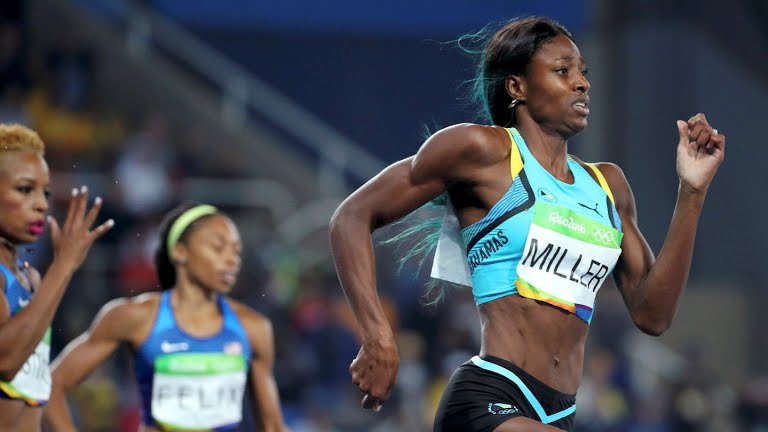 According to the Olympic rules, “The first athlete whose torso … reaches the vertical plane of the closest edge of the finish line is the winner.” Diving counts, even though it is preferable to do it in a pool instead of on the track. Many believe Miller robbed Felix of the Gold, and the run is the hot topic all over social media today. 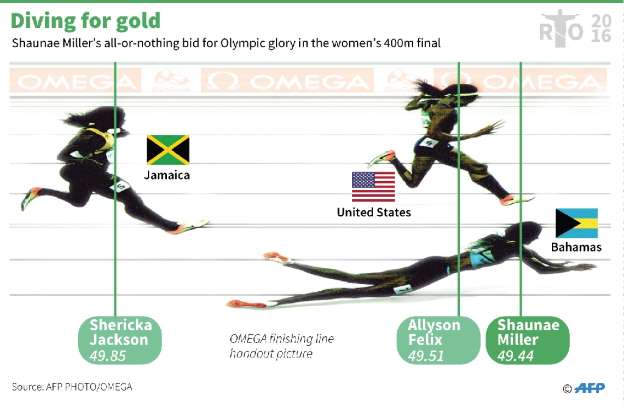 Omega – with an entire separate company dedicated to Olympic timing – has developed some of the most advanced equipment to ensure that the Gold, Silver and Bronze medals go to the athletes who truly won. On the track, that equipment includes electronic starter pistols (in this case a device that is composed of a flash gun and sound generation box). When the trigger is pulled a start pulse launches the timing device, a light is emitted and the sound is generated rom each starting block and from external loudspeakers. There is also a false-start detection system built into the starting block. 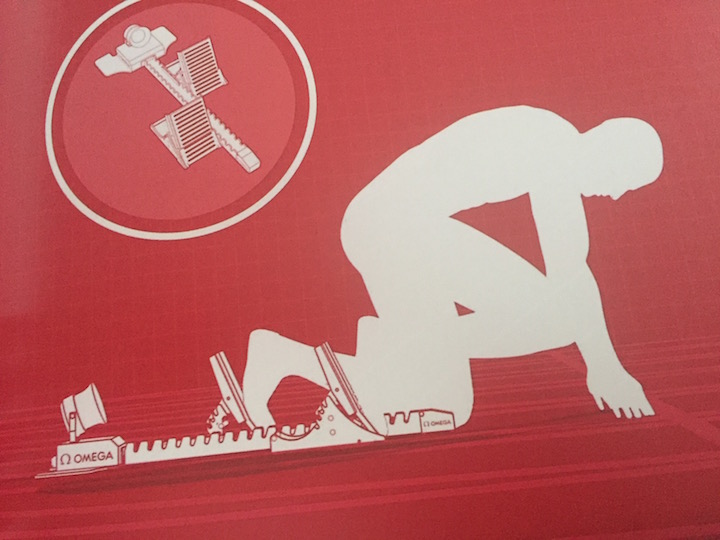 Throughout the race there are devices to measure the wind. Because if a record is broken, it can only be officially registered if the wind is blowing at less than 2m per second. For Miller’s dive, the wind was not more than 2m per second, but her time wasn’t record setting either, so the point is moot.

It is at the finish line that the most intense information is collected. Here the Myria photofinish camera that takes 10,000 images per second, records the official finish time. Additionally, a host of data is collected via photocells. As soon as an athlete crosses the line, the time is stopped and displayed. Should there be any question about the win, judges can view the photo finish frame by frame. 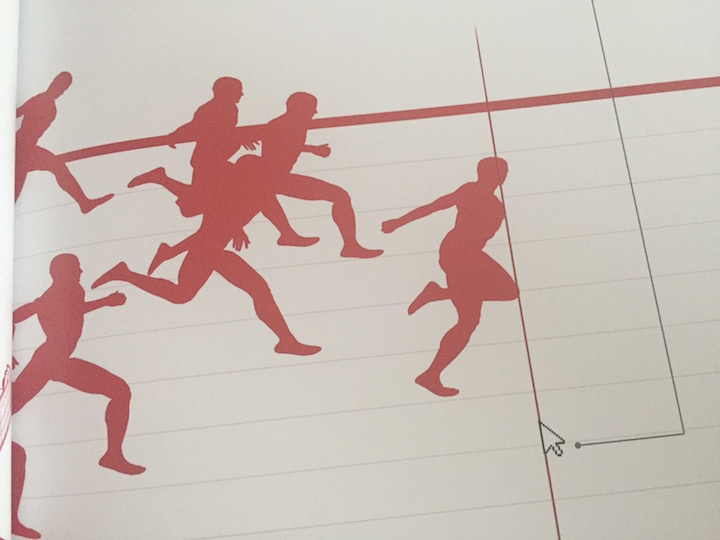 Judges at Rio 2016 base the win on the Omega photofinish images and the official timer that stops when someone crosses the line. Miller won by 0.07 seconds.