Sadly, last night, Steve Shonebarger, a 25-year-plus veteran in the watch and jewelry world, passed away. He had just been on an overseas trip  in his capacity as Vice President of Wholesale USA with deGrisogono. 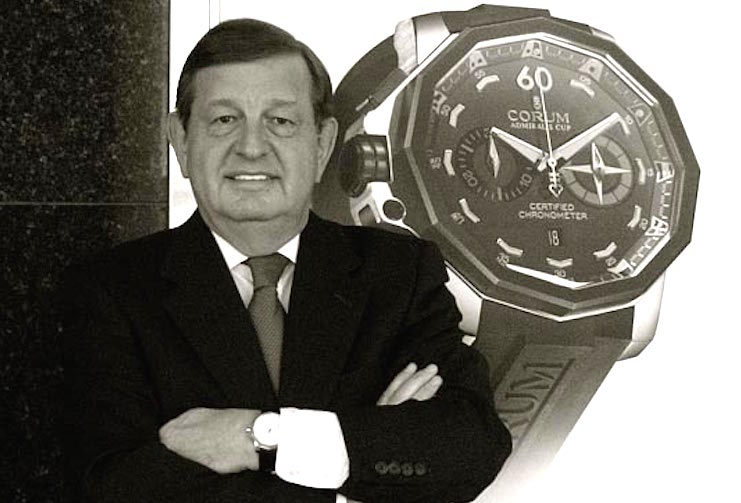 Steve Shonebarger. Though seen here in front of a Corum image, his most recent career move was with deGrisogono in the United States.

I first met Steve Shonebarger back in the early 1990’s when I was writing about watches and jewelry and he was Senior Vice President of Merchandising for Mayor’s Jewelers in Miami. In his young 40’s then, Steve was already sharp, smart and always pleasant. Over the past 25 years, I have been fortunate enough to work with him during the course of his career with multiple strong brands. When Steve left Mayor’s, he became Senior Vice President of Harry Winston for five years, and then went on to spend another eight years as Senior Vice President at Bulgari. In 2009, he joined Corum North America as Executive Vice President and Chief Operating Officer and, over the course of his 5-plus years there, held several titles — and worked a little magic for the brand along the way.

The thing is, it wasn’t the positions he held that made Steve special to those of us who knew him. It was his demeanor, his personality. He was always cordial, never short tempered when it came to answering even the most difficult questions from journalists. He was passionate about watches and about retail, and had a wealth of knowledge and experience that he was always willing to share. Wise, quiet and pensive, Steve was the quintessential gentleman. He leaves behind a legacy of children and grandchildren.