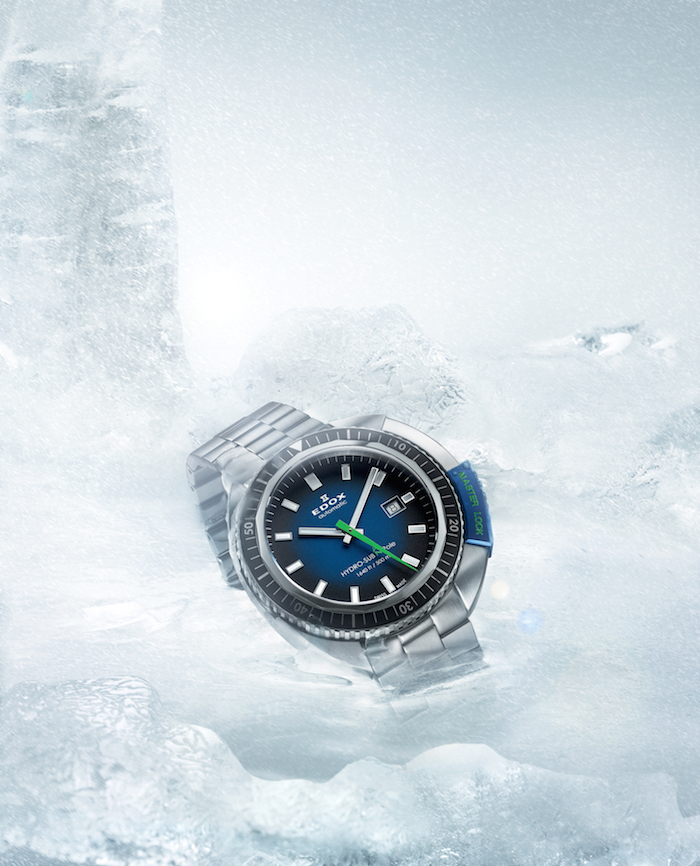 I bet if I put my car keys in a plastic bag submerged under -40°F water for three minutes they probably wouldn’t work anymore. To be honest, if I put my body into water that cold I most likely wouldn’t work anymore either. However, in celebration of Edox’s 50th  anniversary of its HydroSub Automatic divers watch, champion free-diver Christian Redl joined Australian photographer Marcus Fillinger to perform and capture the world’s first free-dive underneath the North arctic polar ice cap. A genuinely amazing feat like this requires a special timepiece to withstand the frigid elements beneath the North Pole.

The Edox HydroSub was first released in 1965 and set new standards for the brand’s water watches, standards it continues to uphold. Today, the 46mm stainless steel HydroSub, complete with MasterLock,  is water-resistant up to 500 meters or about 1,640 feet. The MasterLock is a simple yet smart mechanism that rests at 2 o’clock and slides across the bezel to cover the crown while diving. This ensures maximum protection for the Swiss-made automatic Edox 80 (made by Sellitta). The unidirectional rotating black bezel circumnavigates the black and blue dial, providing a bold look to this robust divers timepiece. 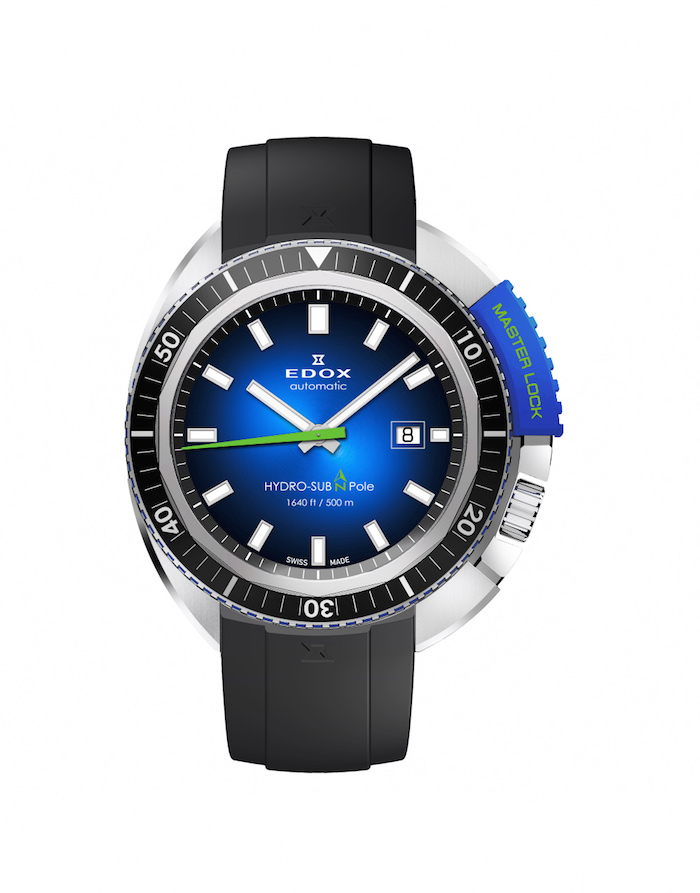 The Edox HydroSub with rubber bracelet

In celebratory fashion, Edox has released a limited number of these 50th anniversary HydroSub timepieces. In total 515 will be produced and sold worldwide.  Each piece will have its individual number engraved on the back and will feature an engraved view of the earth as seen from the North Pole as well a caption marking the half-century occasion. 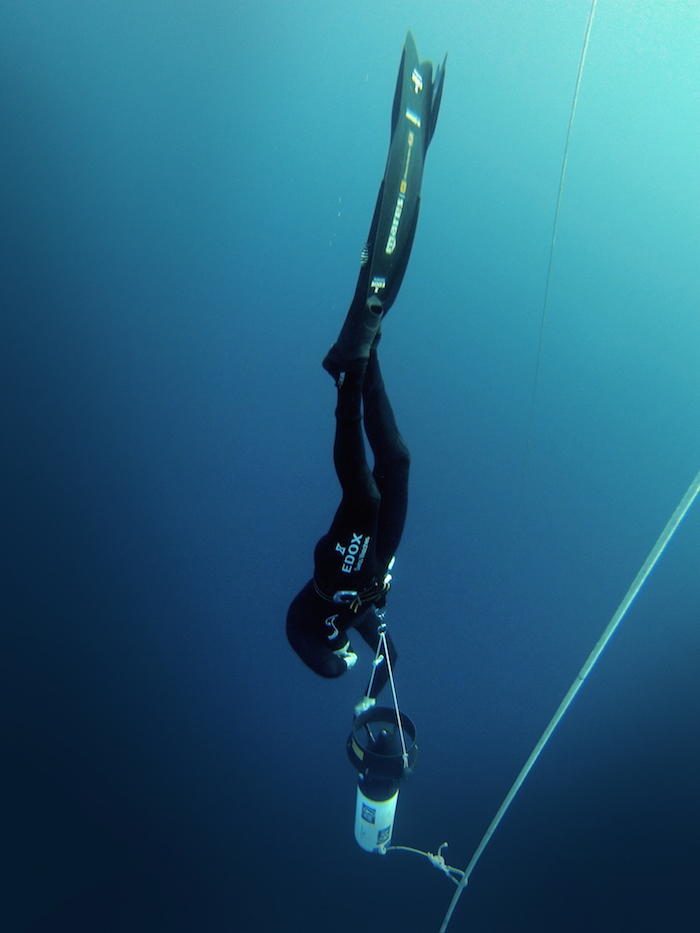 This 50th Anniversary HydroSub Automatic watch accompanied the world’s free-dive record holder Christian Redl on his bone-chilling dive underneath the polar icecap  waters. The durability, reliability and technical excellence of the watch is unwavering when you consider the extreme -40°F  water it endured. Due to the incredible cold and the currents of the water, a dive line was set for Redl so that he could find his way back up to the surface and through the ice hole made for the  dive.

In fact, the Below 30 Mission under the ice of the Northpole was accomplished just a few days ago. Says Redl, “It was just amazing and the coolest dives I ever did … The ice was 1.80 meters thick … On the way down it was just dark – the depth is around 2.000 meters, but on the way up it was just beyond words – the visibility was endless. The ice was green and black … I never saw something as beautiful underwater before.” 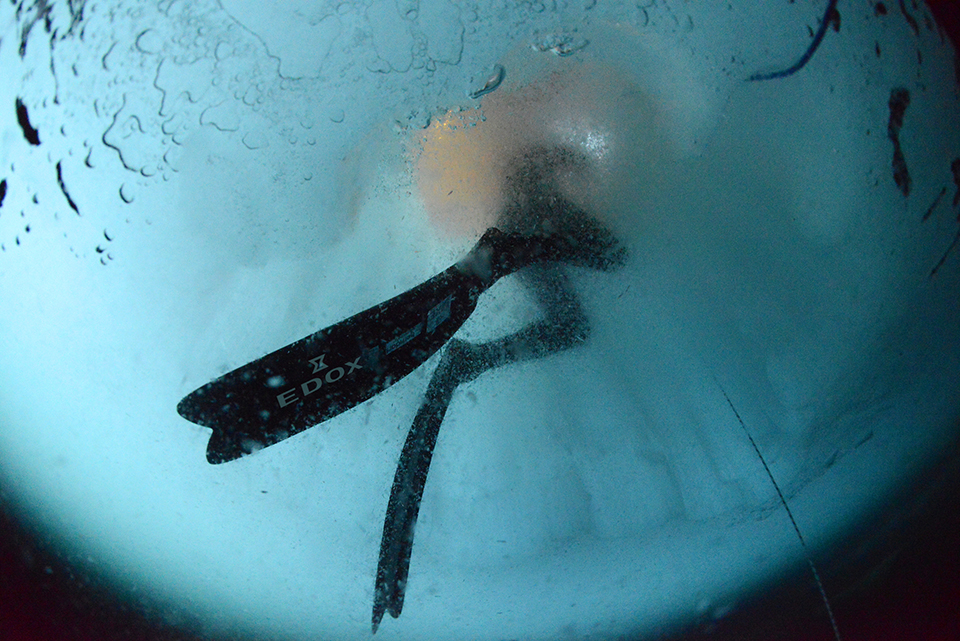 Redl, as photographed by Fillinger

The HydroSub comes with two interchangeable bracelets, one in stainless steel with a folding buckle clasp and another black rubber band. The 50th Anniversary HydroSub will also come complete with the tool allowing its owner to swap bands easily and efficiently. The 50th Anniversary HydroSub version that Christain Redl wore during his epic dive will be sold at $2,395, while the non-limited edition can be purchased for $1,675. 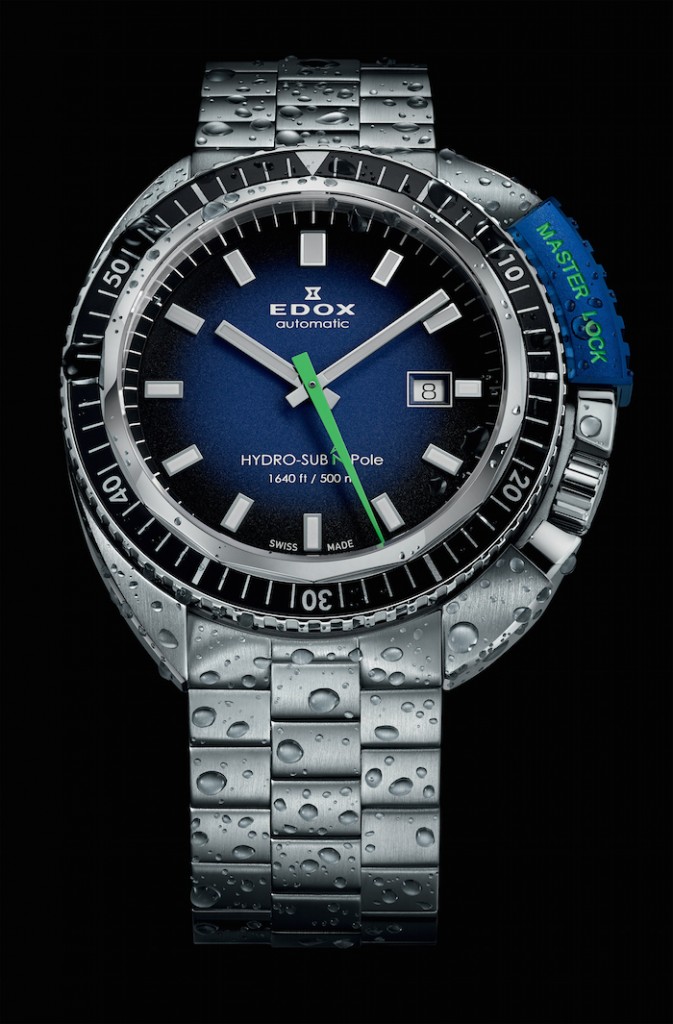 The Edox HydroSub Automatic Divers watch is water resistant up to 500meters.